CINCINNATI -- There is no easy explanation for this place.

Cincinnati is a cocktail of contradictions, a town too conflicted for easy labeling. Its outside doesn't readily match its inside, making this a real-life Wisteria Lane: What looks like quintessentially normal America seems to have a ragingly weird undercurrent sluicing through it.

It counts among its most famous women residents both Harriet Beecher Stowe, who wrote "Uncle Tom's Cabin," and Marge Schott, who once referred to two African-American Cincinnati Reds as "my million-dollar n------." 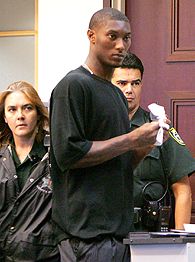 It has been called bigoted, segregated and racially regressive, yet what other downtown has a nonprofit hip-hop youth performance center next door to the city ballet? B-boys and ballerinas pass on the sidewalk, one group walking in from the jagged surrounding neighborhood and the other popping out of BMWs from the 'burbs.

It is either America's southernmost Midwestern city or its most Midwestern Southern city, sitting a river's width to the north of the Mason-Dixon Line. One thing it definitely isn't: in step with the rest of Ohio.

It just might be the strangest city in Flyover America.

"I can't explain why it is the way it is," says Cincinnati Enquirer sports columnist Paul Daugherty. "I don't know why we attract eccentrics."

Daugherty moved here from New York in 1988 and has rarely been without column fodder. That's because the cultural inconsistencies in identity cross over to sports as well.

Cincinnati places a premium on propriety and civility, yet fiercely champions the dishonest (Pete Rose) and the profane (Bob Huggins).

It is part of a legendary football state, yet its biggest collegiate sporting event every year is the Xavier-Cincinnati basketball game.

And it is a place with a low crime rate -- except among its pro football players, who lead the National Football League by a wide margin in recent arrests.

Heading into an NFL draft that has put unprecedented emphasis on "character issues," the Cincinnati Bengals' draft decisions could be more closely scrutinized than any team's. That's what happens when you're dogged by a dirty reputation harder to shake than gum on your shoe.

"One of the ways we're trying to clean this up is through the draft -- drafting good-character guys," says Cincinnati running back Rudi Johnson. "If that means passing some guys up, so be it. We've already learned that doing it the other way didn't work out in our favor."

Doing it the other way, Cincinnati drafted guys such as Chris Henry, Odell Thurman, Frostee Rucker and A.J. Nicholson. Every one of them came with a character red flag that was ignored, and all of them have been arrested since they joined the Bengals.

That hasn't played well on Wisteria Lane. Cincinnati is the oldest of baseball towns, but it is passionate about its NFL team, too. Passionate enough to be pissed off by the run of bad behavior.