There were 18 inches of snow on the ground, the temperature was 12 degrees, though it felt like the Bering Sea with the wind chill. That was the same day then-Vice President George H.W. Bush decided to attend the game at the Pontiac Silverdome. Secret Service agents wrestled traffic to the ground, all but turning Interstate 75 and M-59 into parking lots. 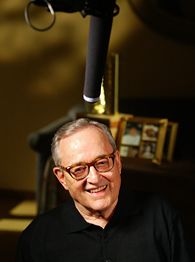 Bush and his motorcade made it to the Silverdome with ease. Pope did not.

The media bus stopped nearly a mile from the stadium. Anxious sportswriters, worried about missing kickoff, filed off the bus and into the bitter cold. Pope, who hadn't expected to cover the Iditarod, was wearing what you'd expect someone from south Florida to wear.

"I didn't have anything on,'' says Pope. "I looked like a dwarf walking through the petrified forest. But then out comes [Boston Globe writer] Will McDonough. He comes to the rescue. He literally drags me into the stadium.

"I wasn't thinking about any streak.''

The Streak lived, though Pope almost froze. Now he remains just one of five sportswriters in the world who have covered each of the previous 39 Super Bowls. The exclusive club will be reduced to four Sunday, when legendary Los Angeles Times NFL writer Bob Oates becomes a no-show for SB XL. The 90-year-old Oates will be in the LA area caring for his ailing wife, Marnie.

"A nice fellow like him will miss it, but a rapscallion like me, a scoundrel, will be here.''

And if Oates' wife's condition improves and he can somehow make it to the game?

"We'll always find him a seat,'' says the NFL's Pete Abitante. "He always has a seat at any Super Bowl.''

In the meantime, Pope, the Newark Star-Ledger's Jerry Izenberg, the Detroit News' Jerry Green and former Star-Ledger writer Dave Klein (who now owns a Web site dedicated to the New York Giants) are here. They were scheduled to be honored at a Wednesday evening function at the NFL hotel headquarters. A standing O would be fitting.

"I've come to the realization this is not an accomplishment as much as it is a happy stroke of longevity,'' says Klein, 65.

Life is about context and perspective. There is a whole generation of NFL fans who have no idea of the thoroughly humble beginnings of Super Bowl I in 1967 (or as it was officially called until 1969: The AFL-NFL World Championship Game).

Pope, Izenberg, Green and Klein were among the original 338. If they were smart, they'd collaborate on a Super Bowl book. I'd order a dozen copies right now.

"Lombardi was a pain in the ass, and you can quote me on that,'' says Pope, whose writing career began as an 11-year-old freelancer (emphasis on free) for the Athens (Ga.) Banner Herald. "Arrogant. Brusque. Rude.''

Pope was there when Chiefs coach Hank Stram was informed of Lombardi's postgame analysis of the KC team: that the Chiefs weren't as good as the NFL's elite programs.
Stram unleashed a string of expletives, followed by detailed instructions on what Lombardi could do with his assessment of the Chiefs.

"Strutting. Flamboyant. Wonderful personality,'' says Pope of Stram. "He always had something for you.''

And it was Pope who wrote that the Baltimore Colts would beat Joe Namath and the New York Jets, 42-7, in Super Bowl III. The Colts were favored by 19 points.

"Naturally, I made a fool of myself,'' says Pope. "About a month later I saw Namath teeing off at some celebrity golf tournament. He saw me, said, '42-7,' and then spit on the ground. He didn't speak to me, honest to God, for 30 years. Maybe longer than that.''

Green, who also is 77, was at poolside of the Galt Ocean Mile Hotel in Fort Lauderdale in 1969 when Namath conducted an impromptu media session for about a half-dozen reporters, including a newspaper hack named Brent Musburger. There's a famous photo of the poolside chat at the Jets' Super Bowl hotel. Namath, wearing a bathing suit and flops, is relaxing on a lounge chair, surrounded by women and a handful of geeky newspapermen. Green is the one with the crew cut and tinted shades.

"On Sunday, after he won, I wound up in the trainers' room with a couple of writers, broadcasters,'' says Green. "There was Joe in his skivvies, reclining on a trainers table, talking some more.''

These days you couldn't get in the trainers' room with a court order. So much has changed. There are corporate villages that span city blocks. The annual NFL Media Party is bacchanalian, as opposed to the modest pre-Super Bowl I get-together, when NFL writers and AFL writers sat on opposite sides of the room, eyeing each other with varying degrees of disdain.

"I find it astonishing,'' says Green. "Really. I can't believe that it grew this large.''

Grown from a non-sellout in 1967 to an estimated available international Super Bowl audience of 1 billion viewers in 2005. No wonder the foursome of Pope, Green, Izenberg and Klein are determined to keep The Streak intact.

Pope, who has been at The Herald for nearly 50 years, has it written into his agreement with newspaper that he can cover Super Bowls until he spins in. Green has a similar understanding with The News. And Klein and the 75-year-old Izenberg already have next year's Super Bowl circled on their day planners.

"I think we all take pride in it,'' says Green. "I know I do. I'll speak for myself. I think it's defined my career, my professional life. I know if I'd missed the first one you wouldn't be talking to me.''

You think he's kidding about the pride part? Green paid his own way to Super Bowl II because of a newspaper strike. And in 1999, several days before Super Bowl XXXIII in Miami, Green received news that his wife Nancy had suffered a stroke.

The Streak means something to these men. When it comes to Super Bowls, they have seen more, reported more, written more than anyone else. It has become part of their professional legacies.

Pope, as he often does, says it best. When asked if it would be important to outlast the other three sportswriters, Pope doesn't hesitate.

"Yeah, in all honesty, it probably would,'' he says. "I don't wish any of those guys any bad luck. I wish me good luck.

"But I think it'd be better if we all went down together.''

Here's to at least another 10 years of their streaks. And to Oates' pulling a last-minute comeback.

After all, there's a seat waiting for him.