The next time a friend asks you to check out his Nikes, you might have to look into his eyes.

That's because the shoe and apparel giant's new contact lenses, called MaxSight, hit optometrist offices nationwide on Monday. The lenses are meant to replace sunglasses. They are designed to filter out ultraviolet light and are said to make the ball and its surroundings appear crisper through the company's patented technology. 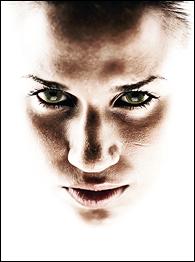 "It's for anybody who takes their sports seriously who wants to crank their game up to the next level," said Dr. Hal Breedlove, an optometrist at Coastal Vision in Virginia Beach, Va., who ordered 500 pairs of the lenses, the maximum Nike would allow. "For a vast majority of individuals who wear this lens, it will give them the edge over someone of equal skill not wearing them. But it won't make a mediocre high school player get a scholarship at Notre Dame."

The product comes to the market eight years after Nike vision consultant Dr. Alan Reichow began the project. In 2002, Nike decided to team up with lens producer Bausch & Lomb to produce the lenses, which are available with or without vision correction and in different colors for various circumstances.

Amber lenses are said to be best for fast-moving ball sports, such as baseball and tennis, while gray-green are recommended for athletes who normally wear sunglasses to reduce glare and to focus more on the landscape, such as golfers and runners.

As with many Nike creations, the company worked hard to create buzz in the elite-athlete community before general consumers even heard about it. Company reps showed up at baseball spring-training camps and recent NFL training camps, hoping to find Nike endorsees who would spread the word.

The best thing that happened to the MaxSight project was Baltimore Orioles second baseman Brian Roberts. In the 384 games Roberts played in his major-league career heading into this season, the 27-year-old hit 16 home runs. In his 110-game 2005 season, he's smacked 17 homers. Before this year, he had a .264 batting average. This year, he's batting .321 and started in his first All-Star Game.

Although Roberts doesn't wear the lenses at night, he partly credits his improvement to MaxSight.

Nike, which has been making sunglasses since the early 1990s, has jumped on the Roberts bandwagon. Although he's still far from a household name, he'll be featured in countertop displays, and posters could be in the works.

Nike spends millions of dollars each year to develop technology just for its elite athletes, but most of the time shareholders like to know there will be a return on a national consumer level.

"We're cautiously optimistic that this is a mass-market opportunity," said Nike spokesman Dean Stoyer. "It obviously depends on how the optometric world will embrace it. We did this because we see in this something for [the] percentage of our consumers who have always looked for every advantage they can get."

There's certainly confidence at Nike headquarters in Beaverton, Ore. The lenses have been sold to 2,500 optometrists in the United States. In Europe, 2,000 doctors' offices will have them by the end of the year.

While it looks like Nike is going after a niche market, some think there are enough weekend warriors who will go to eye-care centers to at least give the product a try. After all, Nike co-founder Bill Bowerman's waffle-iron shoes were originally seen as a product that only an elite runner would be interested in.

It's not the first time a sports brand has attempted to make tinted contact lenses. Five years ago, sunglasses producer Bolle teamed with specialty contact-lens maker Wesley Jessen to produce a brand called Prosoft. The lens muted every color except optic yellow, making it ideal for tennis players who had hopes of seeing the ball better.

But at $60 per lens, the cost might have been too high.

Nike's lenses will cost $60 for a pack of six lenses. With each lens having a 30-day wear life, an athlete who used them every day could purchase a year's worth of lenses for $240.

That's not an expensive piece of equipment for those who normally spend a lot of money on top-of-the-line products -- especially amateur bike riders, skiers and golfers.

"If they want them, the Little League kids can come on in and afford these things," Breedlove said.

But there are still some obstacles Nike will have to overcome to sell lenses to the masses.

Are sunglasses really that much of an inconvenience? How many people in their everyday lives really seek to gain the edge to this level? Will those athletes who don't wear lenses be willing to give these a try? (Especially when Nike warns that the lenses aren't safe for driving?)

Having the swoosh on the lens cases and boxes could help answer all these questions with a "yes."

"There's no question that when you put the Nike name on a product, the consumer's confidence goes up," said Dr. Jack Gardner, chairman of the American Optometric Association's sports vision section who works with amateur and professional athletes. "It's that stamp of legitimacy."