On Monday, as I checked my e-mail, I found a note that restored my faith in American justice. It told me that a Georgia judge had voided the sentence of Genarlow Wilson, the former Atlanta-area honor student and high school athlete serving 10 years for receiving oral sex from a sophomore when he was a senior. When the appeals are completed, Wilson, who is now 21 years old, might finally continue the life put on hold by a system that should have been celebrating his potential instead of stealing it.

In January, ESPN.com published the story of Genarlow Wilson's crime, punishment and fight for justice in an E-ticket that won the PASS Award (Prevention for a Safer Society) from the National Council on Crime and Delinquency. Read Wright Thompson's story here.
• Thompson: Outrageous Injustice

It's been quite a journey. That was my first thought: the journey of the people fighting for Wilson's freedom. The last time I saw his attorney was a month after the E-ticket about Wilson appeared on ESPN.com. B.J. Bernstein and I were having dinner in Miami, and she told me about a quote that had been put on her pillow that morning by someone from the hotel staff. Right then, with her case in shambles, she needed a bit of inspiration. These particular words came from John F. Kennedy. They read, "We need men who can dream of things that never were."

She'd spent more than a year trying to do just that. Her life had become a mission: Get Genarlow out of prison. She got laws changed; and when that didn't work, she tried to get more laws changed. She walked the halls of the Capitol in Atlanta to argue Wilson's case. When that didn't work, she went on television, bullied, pushed, negotiated, did everything she knew how to do. The case was hurting her practice -- she did it for free -- and it was consuming her.

Every moment had become precious. Genarlow is locked up right now, she'd say. When I had gone with her to visit legislators, we'd seen them in tight little groups with the big-money lobbyists. She turned red. "He's sitting in jail," she told me. "He's in jail every day they're sitting around chatting."

That would change, she believed, just as she believed the facts were on her side. In addition to the felony charge of aggravated child molestation for the oral sex, Wilson also had been accused of raping a 17-year-old. But a jury, after repeatedly watching a videotape of the incident, found him innocent of that charge.

The irony in the conviction is that if he'd been charged with engaging in sexual intercourse rather than oral sex with the 15-year-old, he could only have been tried for a misdemeanor. 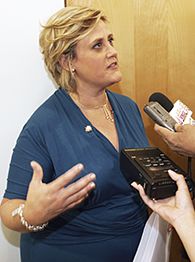 No one outside the leadership of the state of Georgia seemed able to understand why Wilson remained in prison -- The New York Times wrote editorials, and former President Jimmy Carter wrote a letter -- but there he remained, day after day, reading the books Bernstein brought him, trying to follow every detail of his case, missing his mama and all the little things, like five burgers for $5 at Sonic. He came to understand that the person he was -- a cocky athlete who partied too much -- wasn't the person he wanted to become. It's a realization many of us have. Most of us, thank God, don't live in Douglas County, Ga.

While Wilson waited, Bernstein agitated. At every turn, this case seemed a repudiation of justice. A state representative in Georgia -- a man named Eric Johnson -- actually said that the nonrape was a rape in his mind. That might be the most un-American thing I have ever heard: a representative of the people declaring his own opinion to be more important that the verdict of a jury. The district attorney, David McDade, did the same thing, going on television and saying Wilson and his friends "basically gang-raped" a girl. Here's what The New York Times said about that quote: "At best, this is irresponsible considering that Mr. Wilson was acquitted of the charge. It demonstrates poor judgment not by a minor, but by an adult who should know better."

Still, no matter how mind-boggling, it seemed that Wilson would do the full 10 years of his sentence. Even after Monday's ruling by the Superior Court of Monroe County, the people who've kept Wilson in the Burruss Correctional Training Center this long filed an immediate appeal of the court order, which means he'll stay behind bars for the time being. The journey isn't finished yet. 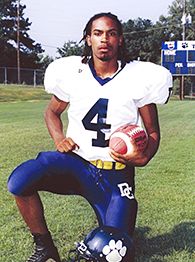 As I sat with Bernstein that night in Miami, I tried to figure out a way to be a voice of reality. I said, a few times, "Are you prepared for the fact that he might not get out of jail?" What I wanted to say was "almost assuredly won't get out of jail."

Each positive e-mail she wrote in the face of another heartbreaking defeat by the justice system made me feel more and more sorry for her, and for Wilson and his family. So today, when she told me in that e-mail that her final appeal, the Hail Mary appeal, had been successful and that Genarlow might finally go free, I couldn't help but smile.

When I got in touch with Bernstein a few minutes after the ruling was announced, she reminded me of that JFK quote she'd found on her pillow.

"I think that is appropriate," she told me. "Everyone had told us this is impossible, but Genarlow never believed that. Justice is never impossible."