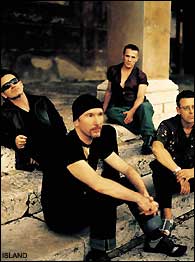 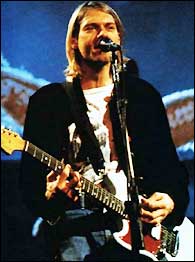 On the list because: When a group that hit it big 20 years ago goes on tour, everyone groans when they play "the new stuff." Well, not U2. Not only have they stayed on top for close to three decades, but they've also used their fame and fortune to speak out on political issues -- something you don't see most artists do.

On the list because: Some people see the Seattle grunge scene as just another fad that hit it big at the beginning of the '90s and died out by the end of the decade. Maybe, but there is no denying the influence the grunge bands still have on today's music. And Nirvana and frontman Kurt Cobain are here to represent the whole Seattle scene that exploded 15 years ago.