Kicks Of Christmas Past
This isn't a Charles Dickens story. But if you like sneakers, you'll
love our look back at some of the NBA's most festive footwear.
BY ESPN STAFF/ ILLUSTRATIONS BY ROBB HARSKAMP 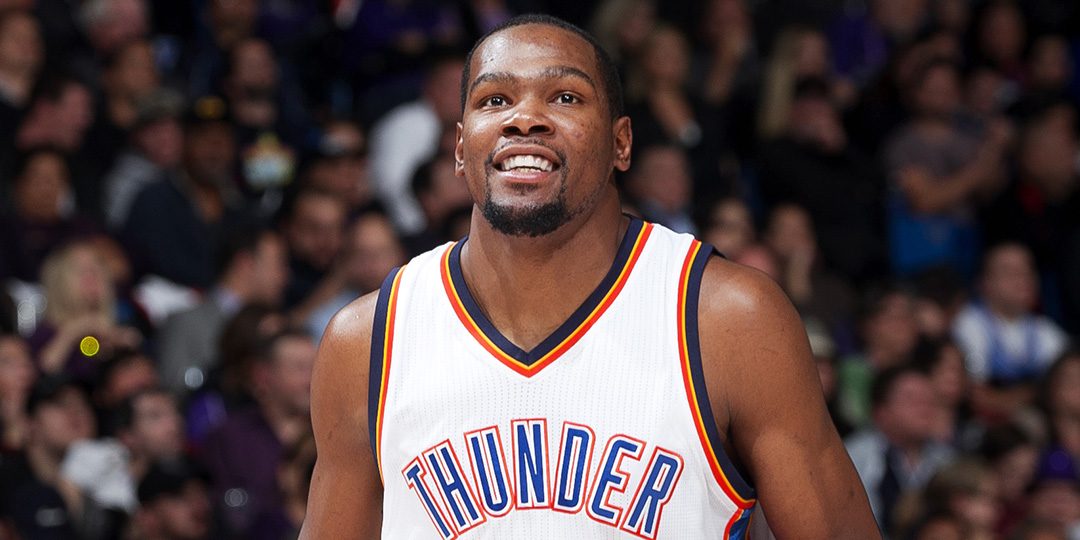 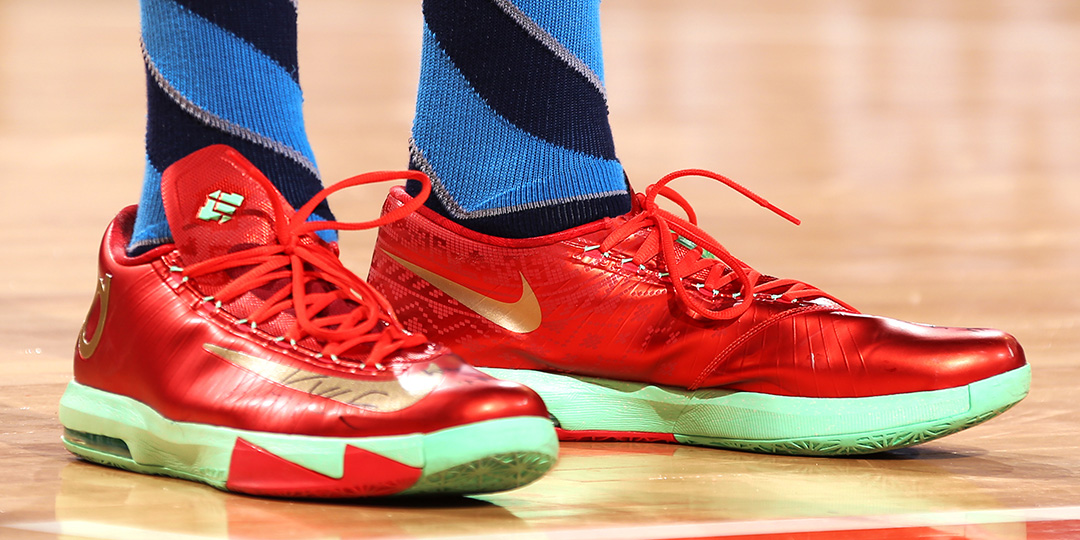 If Buddy The Elf played in the NBA, you can bet your maple syrup and M&M-covered spaghetti he'd be rocking these low-tops like Kevin Durant. The best way to spread Christmas cheer is to wear loud shoes for all to ... see. Getty Images 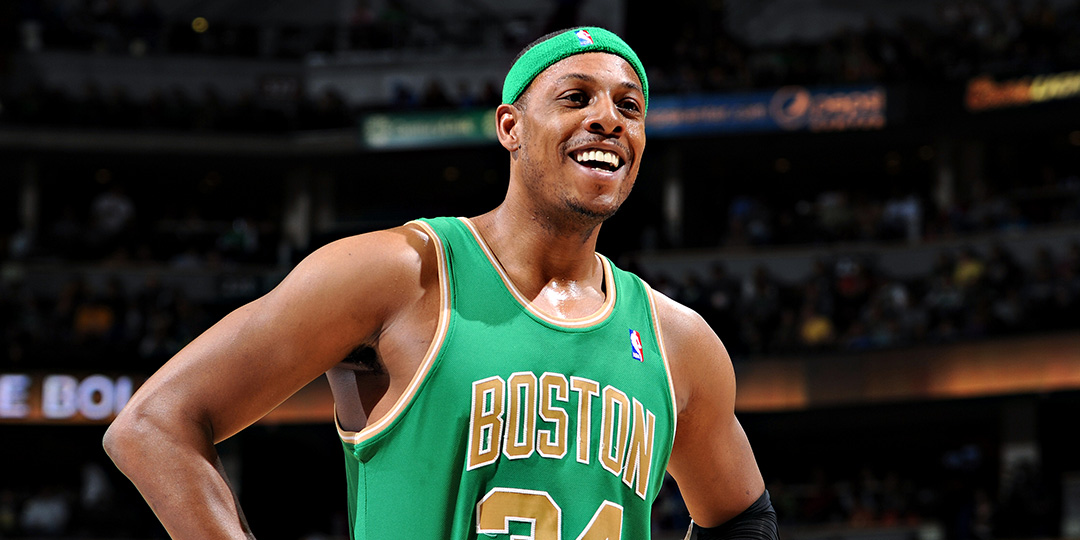 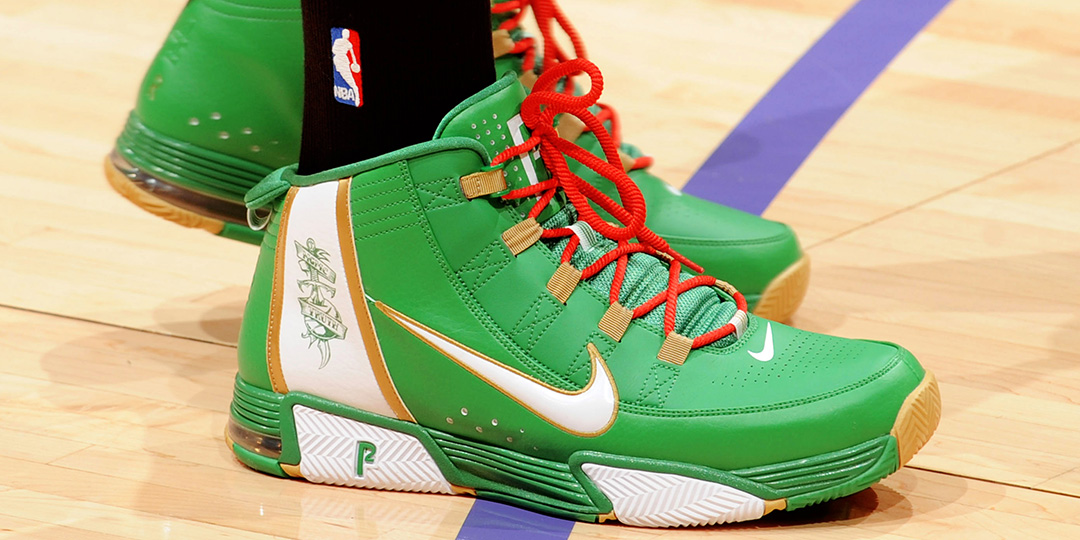 Truth: Fifteen seasons in a Celtics uniform will land you in quite a few green sneakers. In Boston's first meeting since beating the L.A. Lakers in the 2008 NBA Finals, Paul Pierce took the court with Nike Max P2 V sneakers featuring a personal logo based on one of his tattoos. Getty Images 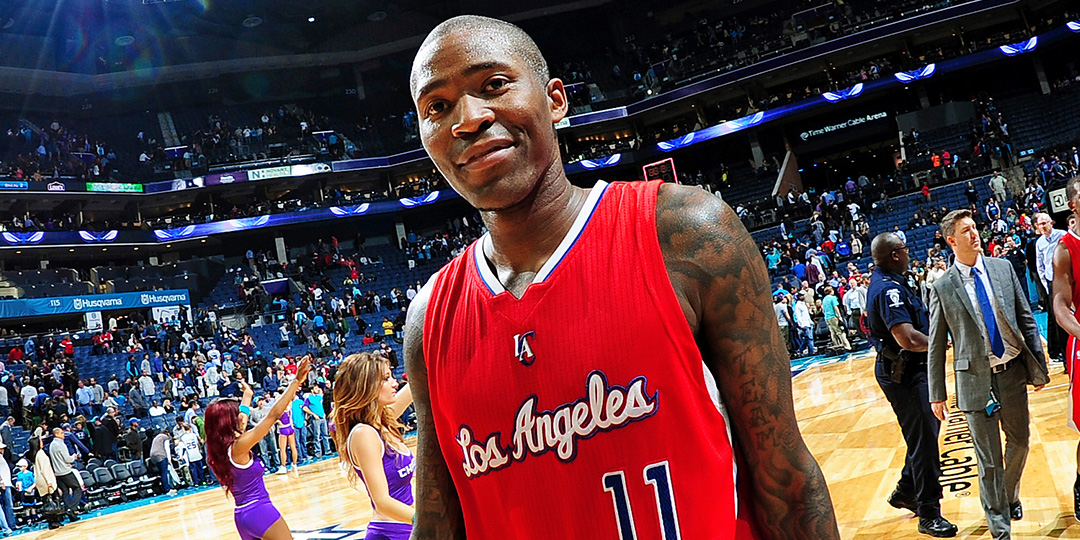 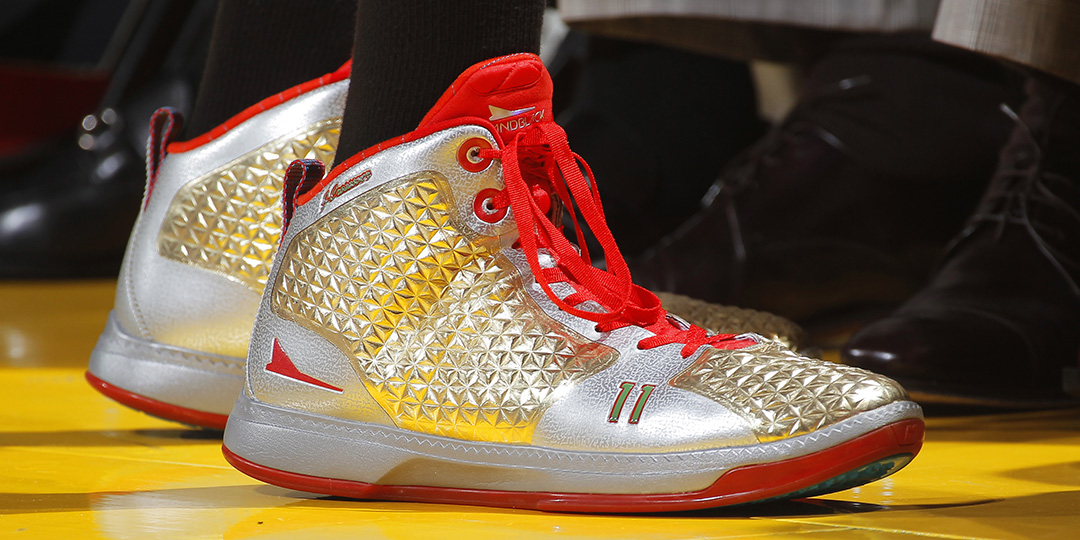 Jamal Crawford's 2013 J Crossover shoes are like that silver and gold tree you see in department stores but could never pull off in your own home -- flashy, but perfect in the right setting. Unfortunately for the Clippers, shiny shoes do not equal Christmas Day wins, as they lost to the Warriors 105-103. Getty Images 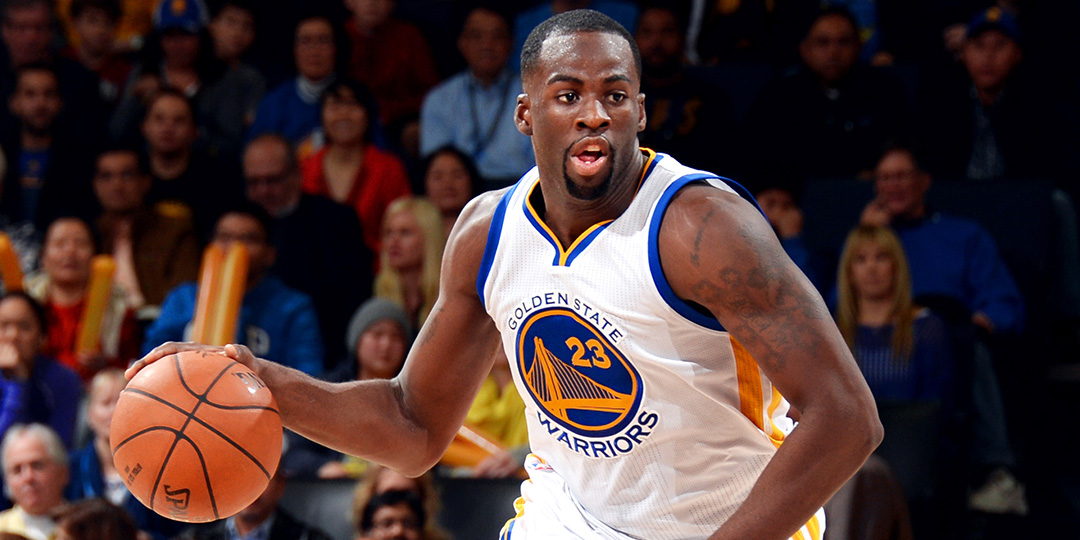 Do you wanna build a snowman? The little guy on Draymond Green's Christmas-themed Zoom Soldier VIIs looks more like Frosty than Olaf, but we're happy to see the Golden State forward keep the fairy tale alive with his look in the Warriors' win over the Clippers last season. Getty Images 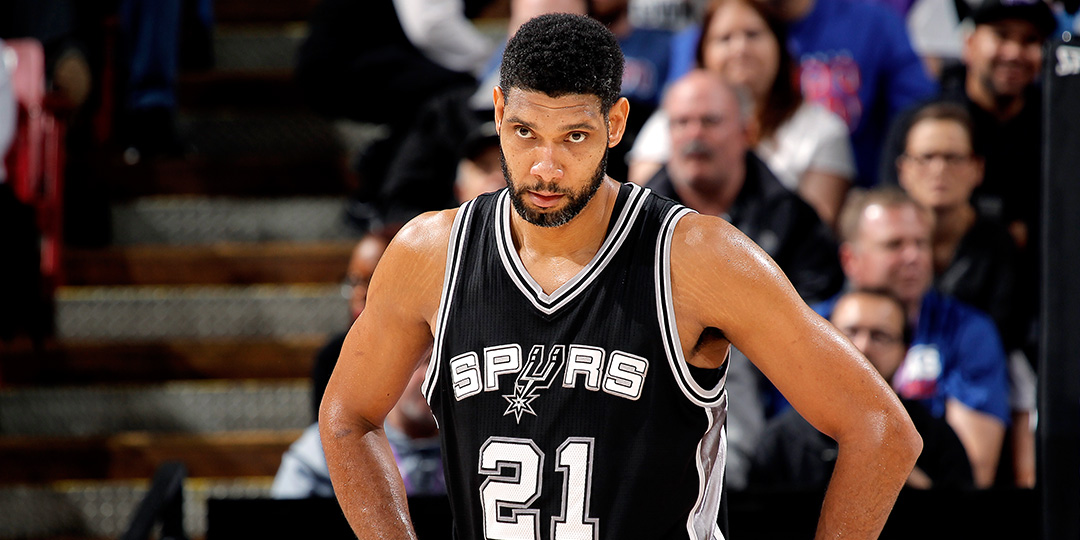 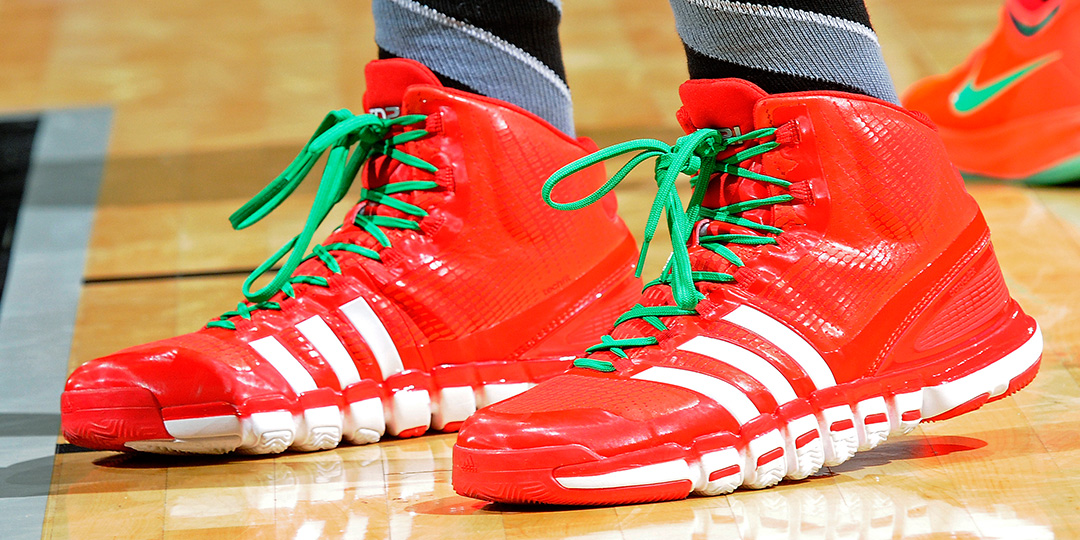 Jolly is not a term often ever used to describe 18-year veteran Tim Duncan. But even The Big Fundamental got in the holiday spirit last season, donning the bright red Adidas Crazy Quick PE. And if it's true that elves never age, perhaps someone should look into Duncan's DNA. Getty Images 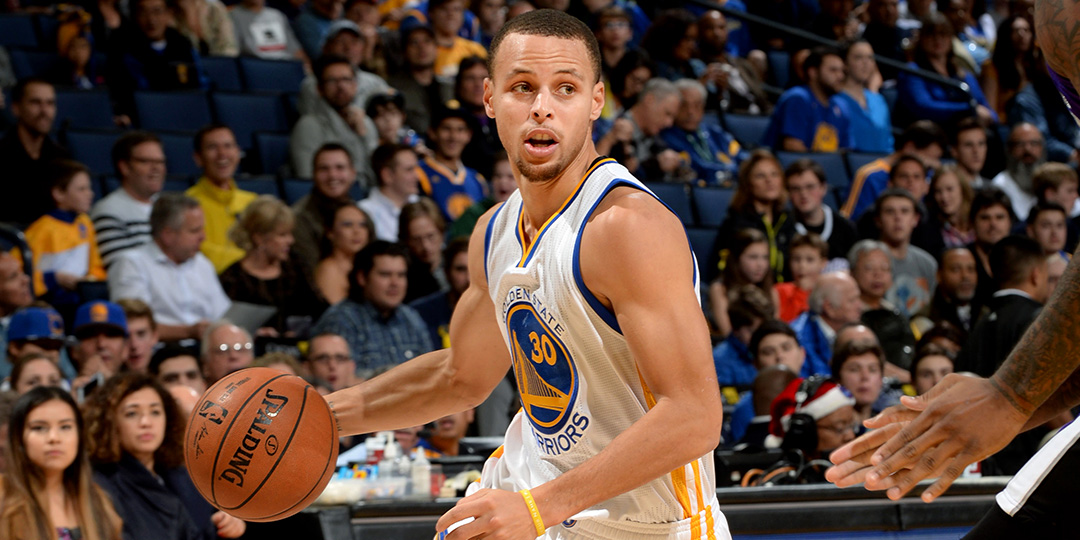 If Rudolph the Red-Nosed Reindeer went down in history for guiding Santa's sleigh, then Stephen Curry might go down in history for having the strangest Christmas-themed sneakers. Curry drained shots in these furry Under Armour Anatomix Spawn kicks to lift the Warriors to a 105-103 win over the Clippers last season. Getty Images 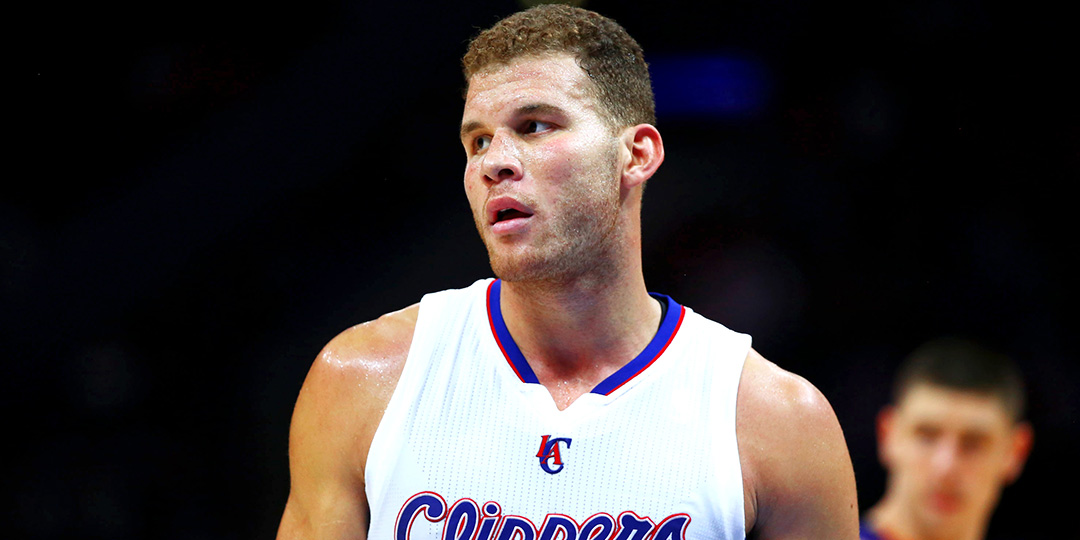 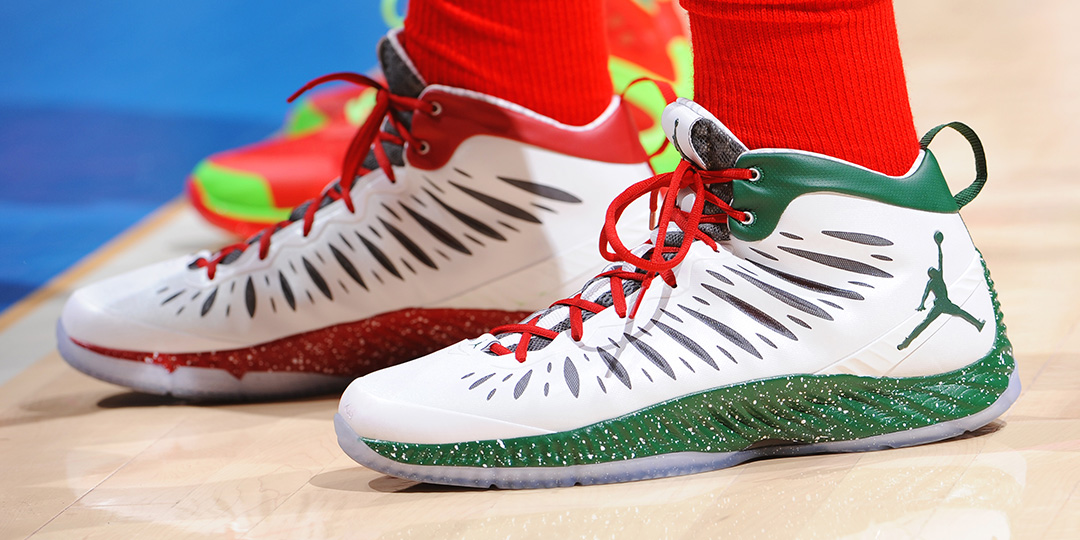 Blake Griffin took flight for Lob City in a festive colorway of the Jordan Super.Fly -- red accents on the right foot and green on the left -- back in a win over the Nuggets in 2012. The shoe also featured an intricate snowflake pattern on the insole . . . not that anyone other than Griffin got to see that. Getty Images 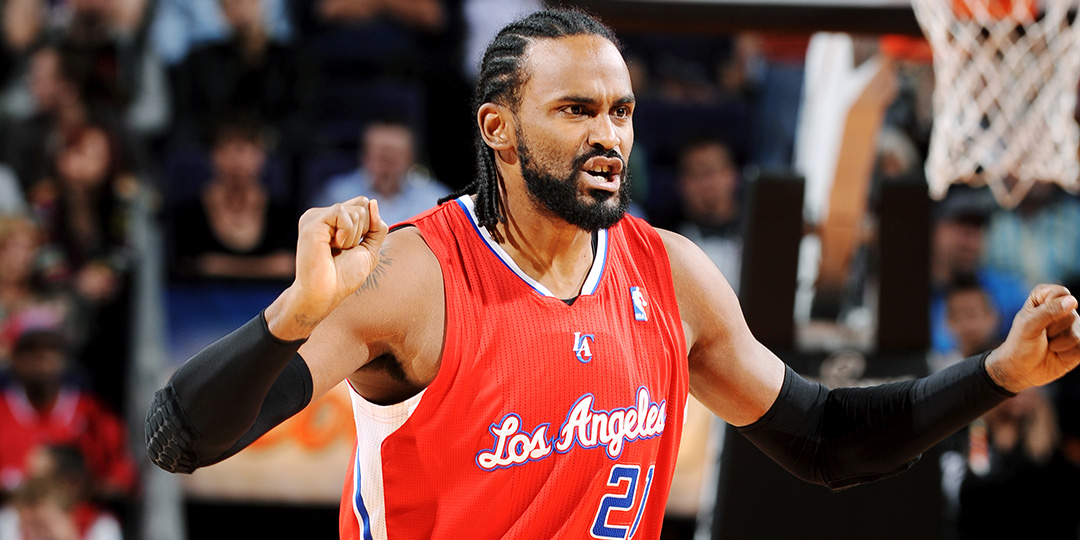 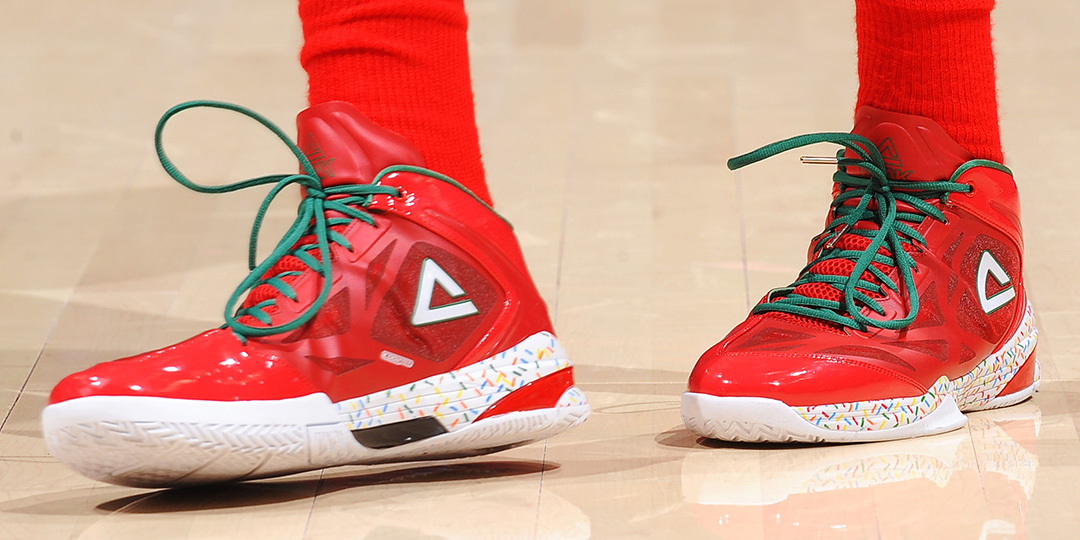 Sprinkles on ice cream? Delicious. Sprinkles on NBA sneakers? Not exactly intimidating. But Ronny Turiaf did manage to get in two points off the bench in a 112-100 Clippers Christmas Day win against the Nuggets in 2012. Getty Images 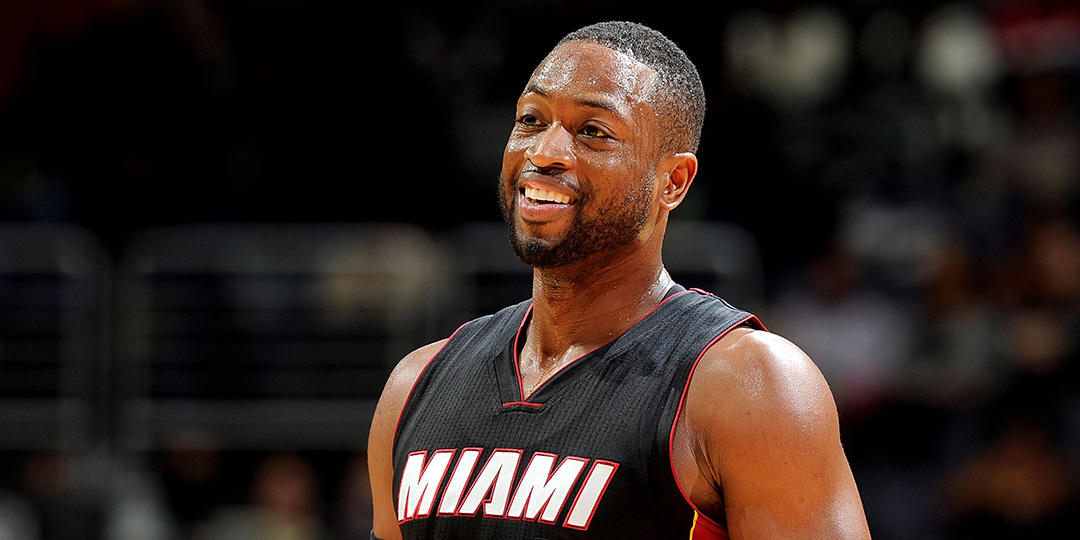 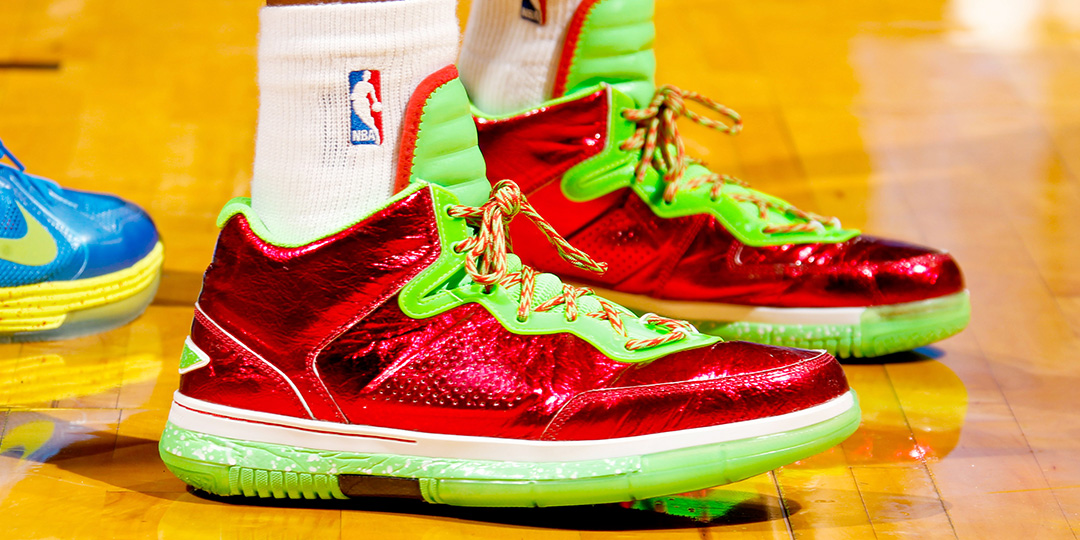 Sources could not confirm if Dwyane Wade was inspired by red tinsel and Nickelodeon Gak in this 2012 Li-Ning creation, but he's taking things to a whole new level this year with a Christmas sweater pattern. Getty Images 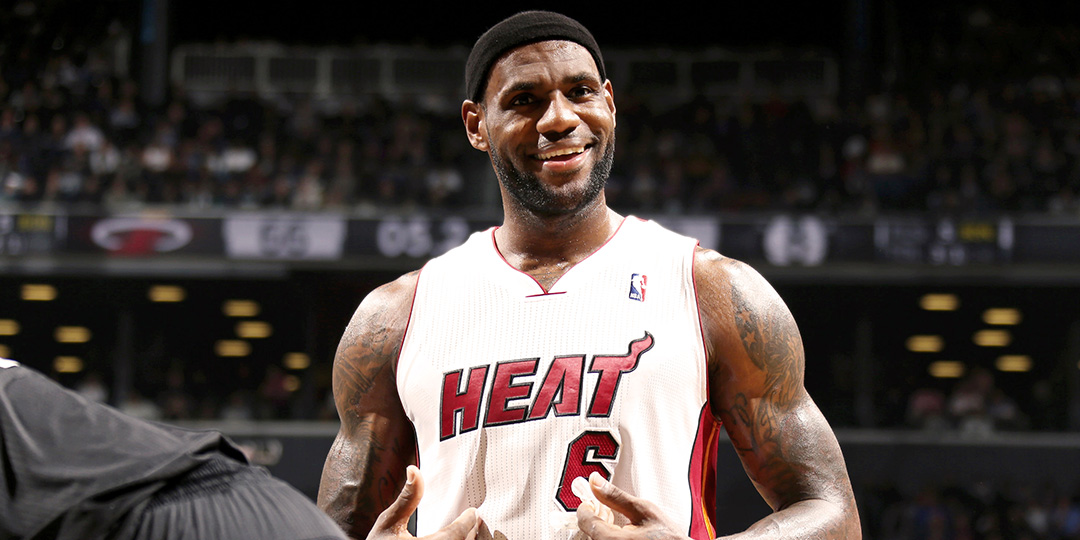 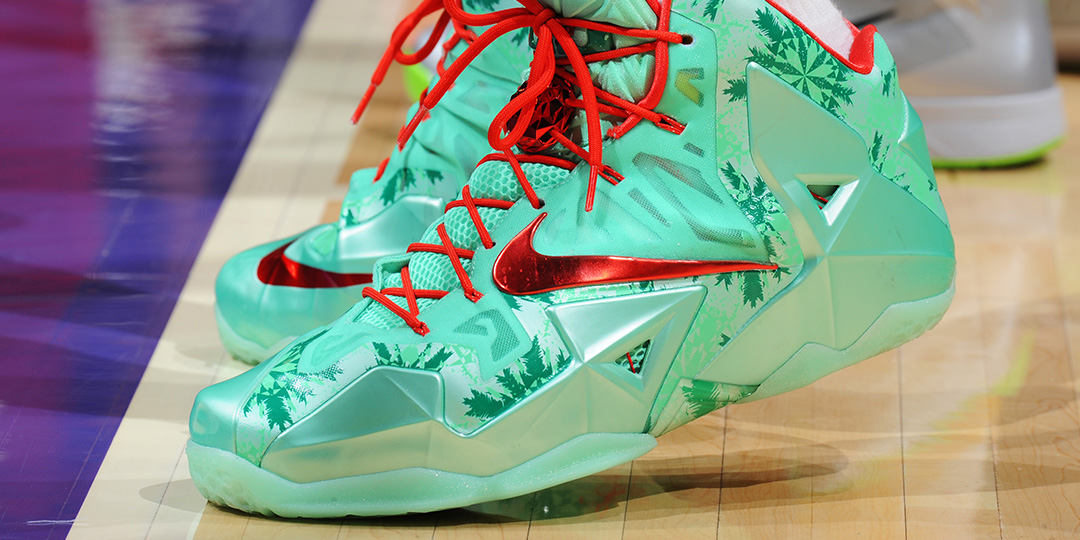 Before LeBron James took his talents back to Cleveland, he rocked this green-and-red, snowflake-adorned colorway of the LeBron 11 in a win over the Lakers last season. James hasn't lost a Christmas Day game since his rookie season. Getty Images