The Spurs (1 overall) have finished in the top 10 every year since 2010, one of only two teams (with the Packers, 6 overall this year) to do so. How do the Spurs stay on top? In large part thanks to top-notch finishes in fan relations, players, coaching and ownership -- all of which placed No. 1 this year. A Q&A with Manu Ginobili | Jackie MacMullan on Gregg Popovich | Michael C. Wright on Spurs fan Barbara Bowden

The Seattle Seahawks (5 overall) and the Chicago Blackhawks are second only to the Spurs in "players that give their best effort." The San Francisco Giants led MLB teams, which goes to show how much a recent title counts with fans. More on the Seahawks

Come for Childhood Cancer Awareness Day, stay for beer steins: the Arizona Diamondbacks (9 overall) offered both on Sept. 12. The D-Backs, rated No. 1 in promotions and contests, had events, discounts or freebies on more than half their game dates this season, including giveaways of five bobbleheads ranging from awesome (A.J. Pollock with a light saber) to disturbingly realistic (Tony LaRussa). More on the D-Backs 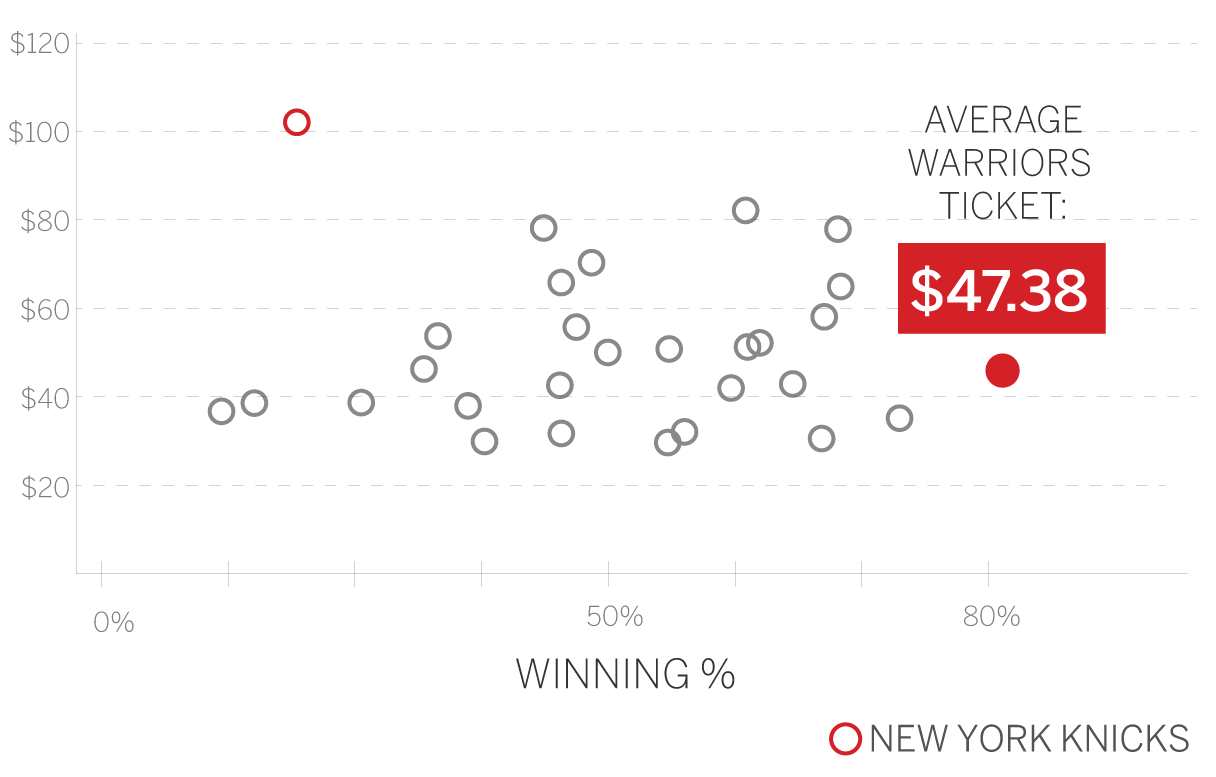 Talk about a bargain: The Warriors had the best combination of success (67 wins and, uh, a title) and affordable prices (a $47.38 average ticket, more than six bucks below the league average). That outlier waaaay on the other side of the value equation? Ladies and gentlemen, your New York Knicks! More on the Warriors

Gregg Popovich (Spurs, 1 overall) is No. 1, as per usual. Joel Quinneville, after winning his third Stanley Cup with the Chicago Blackhawks (17 overall) in six years finished second. Buck Showalter (Orioles, 23 overall), Bill Belichick (Patriots, 25) and Bruce Bochy (Giants, 26) round out the top 5. More on the Blackhawks

Feel like spending a Sunday afternoon watching the Super Bowl champs in action? Well, it'll cost ya. Sure, you're likely to see a W (12 victories last year plus that big one in Arizona), but an average ticket price of $122 is the highest in the NFL and almost $40 above the league average. More on the Patriots

What a difference LeBron makes! The Cleveland Cavaliers (34) made the biggest jump of anyone in our standings -- a 67-place increase, from 101st to 34th. Their players score went up an astounding 92 places, and their optimism for a title jumped as well (up 58 spots in title track). More on the Cavs 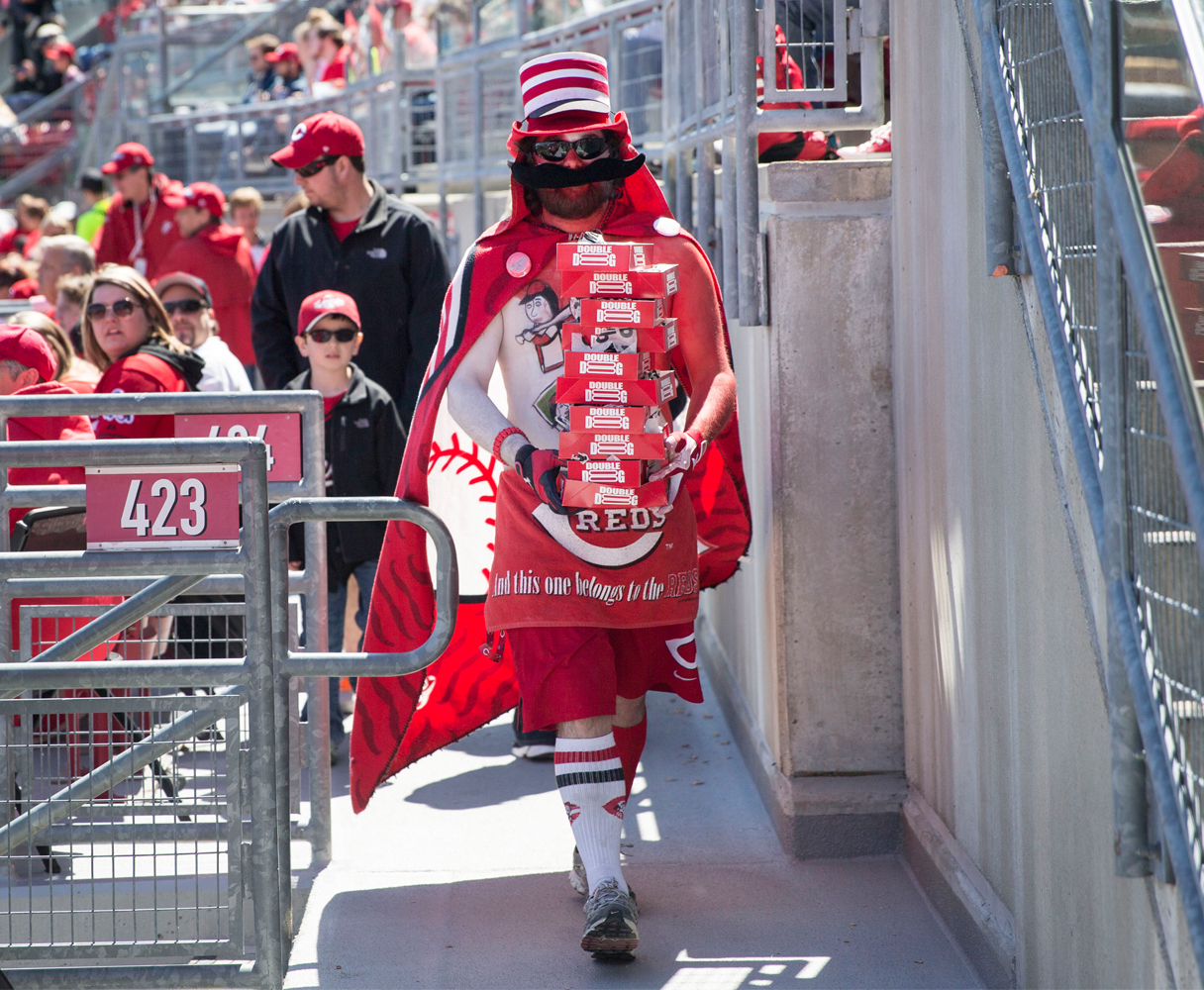 Among all the major league stadiums and arenas in North America, only one concession stand will sell you a hot dog and soda at a regular price of a buck apiece: the High 5 Grille in the right-field upper deck at the Reds' Great American Ball Park. Cincinnati: where every night is Dollar Dog night! (Miami's AmericanAirlines Arena, not so much -- a dog there'll cost you a pro-sports-high $7.) More on the Reds

Looking for cheap Friday night entertainment? The Sabres (at $49.72 for an average ticket, almost $13 below the NHL average) are your best bet. But if you're looking for good hockey ... maybe not. Last season Buffalo recorded an NHL-low 23 wins (which was, sadly, two wins better than its record the year before). More on the Sabres

When fans were asked to assess whether their team plays in a "great stadium," poor O.co Coliseum managed to finish last and second to last, with A's fans slightly harder on their home field than the Raiders' faithful. (And A's fans at least got to take home a Sonny Gray solar-powered gnome and argyle socks!) Just goes to show, a Rally Possum is never worth the win. More on the A's | Raiders

The Colorado Rockies (110 overall) ranked last in all of sports in "demonstrates commitment to winning" and "has honest ownership." When we asked fans to rate recent changes in their commitment to their favorite clubs, the Rockies' score was the most negative of any pro team. More on the Rockies

Only two teams have fallen in our rankings every year since 2010: the Carolina Hurricanes (from 21 to 78) and the Phillies, who have fallen -- wait for it -- 101 spots in six years. That takes some really, really ... really, really bad baseball. But don't be sad, Phanatic. You're finally finished with Ruben Amaro! It's all uphill from here, right? More on the Phillies

The Denver Nuggets rank last in all of sports in "players that act professionally on and off the field." Recording just 66 wins over the past two seasons doesn't help that figure, but neither did recently-traded star Ty Lawson's legal troubles -- the former Tar Heel got his second DUI of 2015 while voting was taking place. More on the Nuggets

Feel like spending almost $130 to see some seriously bad hoops? Do the Knicks ever have a deal for you! This second-to-last-ranked franchise has the worst combo of failure and high prices in the pros. So when you want to drown your sorrows over their latest loss, you'll have to do it with $10.50 brews. More on the Knicks 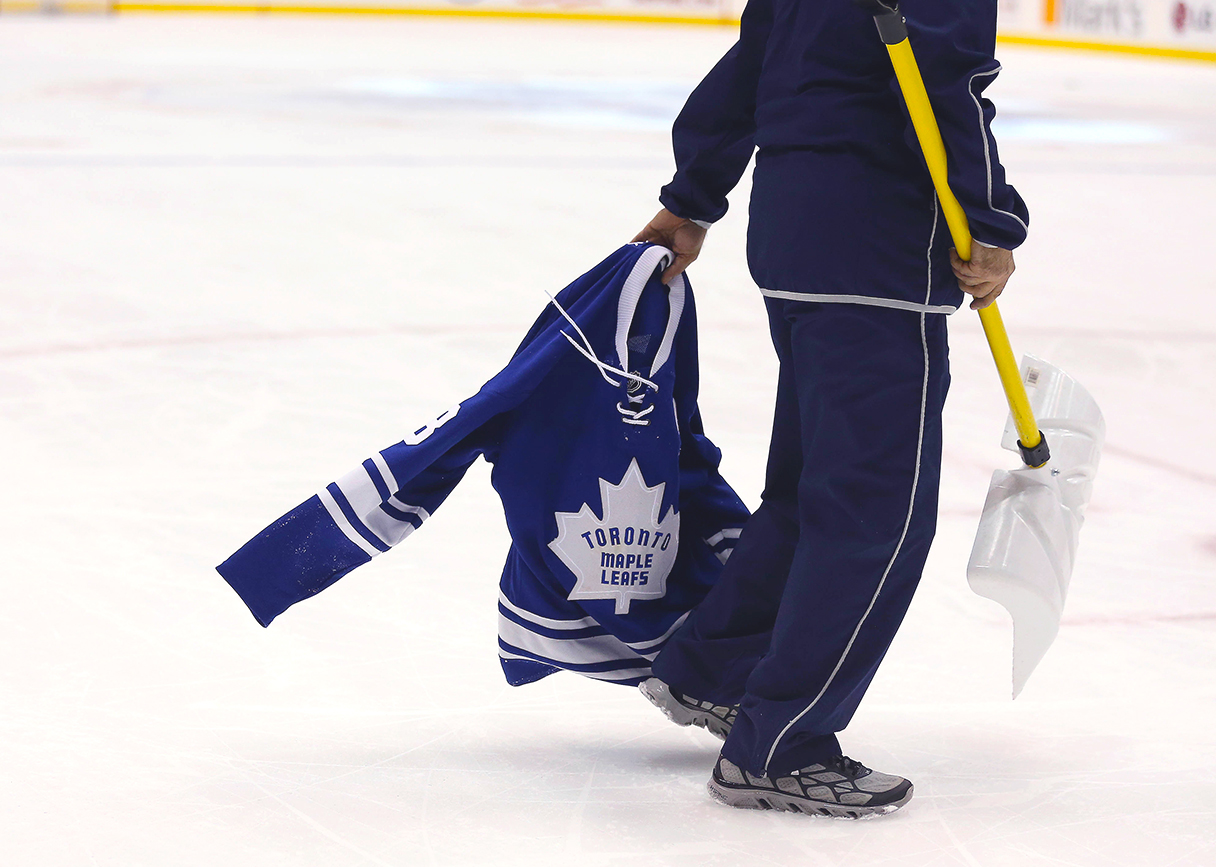 The Maple Leafs are worst in ... well, almost everything. (Seriously! Last in the NHL in 20 of 25 categories.) Particularly terrible were their scores in the players and affordability categories -- their $113 average ticket price is almost double the NHL's average. More on the Maple Leafs

Peter Keating Peter Keating is a senior writer at ESPN The Magazine, where he covers investigative and statistical subjects. His work on concussions in football has earned awards from the Deadline Club, the New York Press Club and the Center for the Study of Sport in Society.