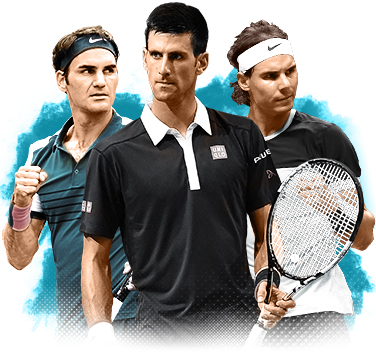 With Novak Djokovic's US Open title last year, he became the third player of this generation to reach at least 10 Grand Slam victories, joining Roger Federer (17) and Rafael Nadal (14). To put that in perspective, just two other men have won double-digit Slams, all of which have come since the start of the Open era (since 1968): Bjorn Borg (11) and Pete Sampras (14). And they didn't overlap.

Borg started winning majors in 1974 and was done by 1981. Sampras won his first in 1990 and culminated his career at the 2002 US Open with his 14th major trophy. It should be noted that Rod Laver won 11 majors, but six came before the Open era.

Federer's 17 Slam wins are the most of all time. But Nadal has won two-thirds of his head-to-head encounters with Federer (23-11). And now Djokovic, though with seven fewer Slams than Federer, has dominated both his rivals, winning nine of his past 10 matches against Nadal and beating Federer in two major finals last season.

Last season, Djokovic won three Grand Slam titles. Amazingly, it was the second time in his career he has pulled off this feat (2011). So dominant was Djokovic that he nearly doubled No. 2 Andy Murray in rankings points.

The Serb reached the final of the last 15 events he played in 2015 and accumulated an 82-6 record along the way. Perhaps more impressive, he went 31-5 versus top-10 players.

His biggest victim was Federer, who lost in the finals of Wimbledon and the US Open to Djokovic.

For the first time in a decade, Nadal failed to advance to a major final. He has 14 Grand Slam titles, but there are questions as to whether the Spaniard will add to his total. If he does, it'll most likely come at the French Open, an event he has won nine times. No player in history has won more Slam titles at a single event than Nadal at Roland Garros. 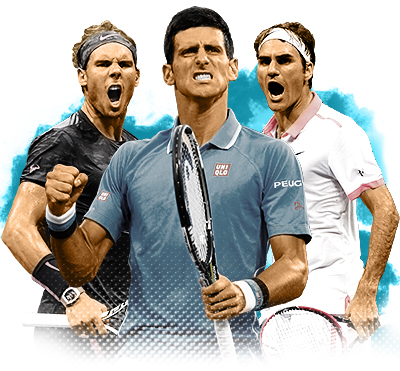 In the decade that started in 2006, Nadal, Djokovic and Federer have combined to win 34 of 40 Grand Slam titles. This Big Three has accounted for 58 of the 80 Grand Slam final berths since 2006.

Hard to believe, but in 10 years of tennis dominated by the Big Three, only Juan Martin del Potro, Andy Murray, Stan Wawrinka and Marin Cilic have been able to overcome their dominance and win a major event.

And in only one major since 2006 has there been a final consisting of two players not named Nadal, Djokovic or Federer -- that was in 2014 when Cilic beat Kei Nishikori at the US Open.

Djokovic is third on this list, but no one is shooting up the Slam ladder with more speed and gusto. At 28 years old, does he have enough time to catch Nadal? And ultimately Federer?

The Serb should enjoy the pinnacle of his career for at least another couple of years, but keep in mind, he turns 32 in three years, and only three players have won a Slam title in the Open era after that age.

As for Federer, although he failed to win a major title, he did secure his spot as Djokovic's main rival, falling to the world No. 1 in the Wimbledon and US Open finals. Federer handed Djokovic three of his six losses in 2015.

The question is: Can Federer finally take the next step and win a major, something he hasn't done since 2012?

He's 34 years old; no men's player has won a major at that age since Andres Gimeno in the 1972 French Open.

No matter what happens, the Big Three has created an unmovable stranglehold in the game for a decade.

The greatest era ever? Hard to argue against it.