he word "disabled" is seldom heard at the Invictus Games.

Forgive the competitors at this elite international competition if the word is no longer in their vocabulary. They have routinely accomplished things others thought impossible. The strength in their minds regularly supersedes the doubt in the minds of others.

Invictus Games competitors have been inspired to pursue athletics as a salve for body and mind -- a reason to keep getting out of bed and trying to improve a little bit every day. As part of the healing process, they hope to inspire the next generation of wounded warriors to improve their physical and mental health through sports. 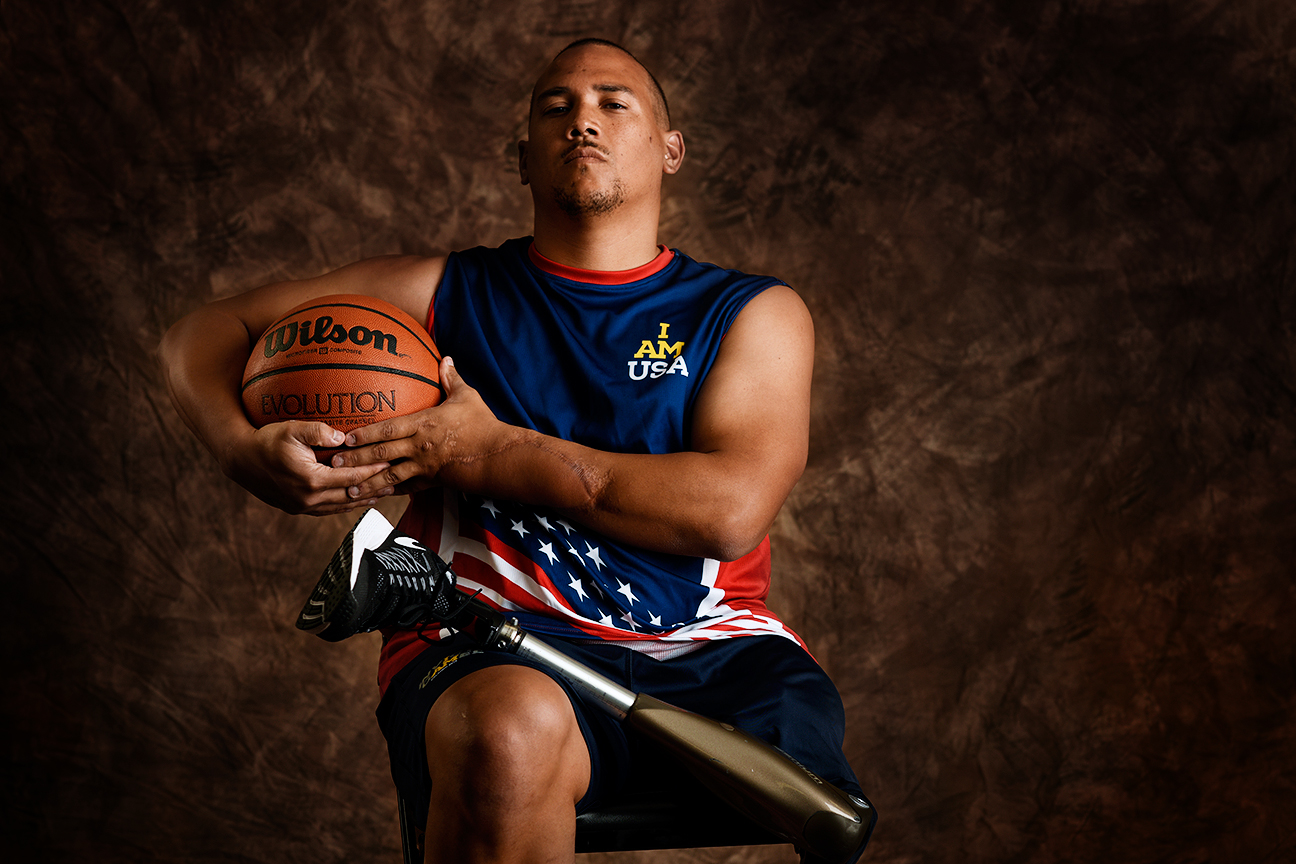 Brian Williams, 34, served in the Air Force. The Arizonian competed in wheelchair basketball and helped lead the U.S. team to a gold medal. He lost his left leg after sustaining injuries from a roadside bomb in Afghanistan. 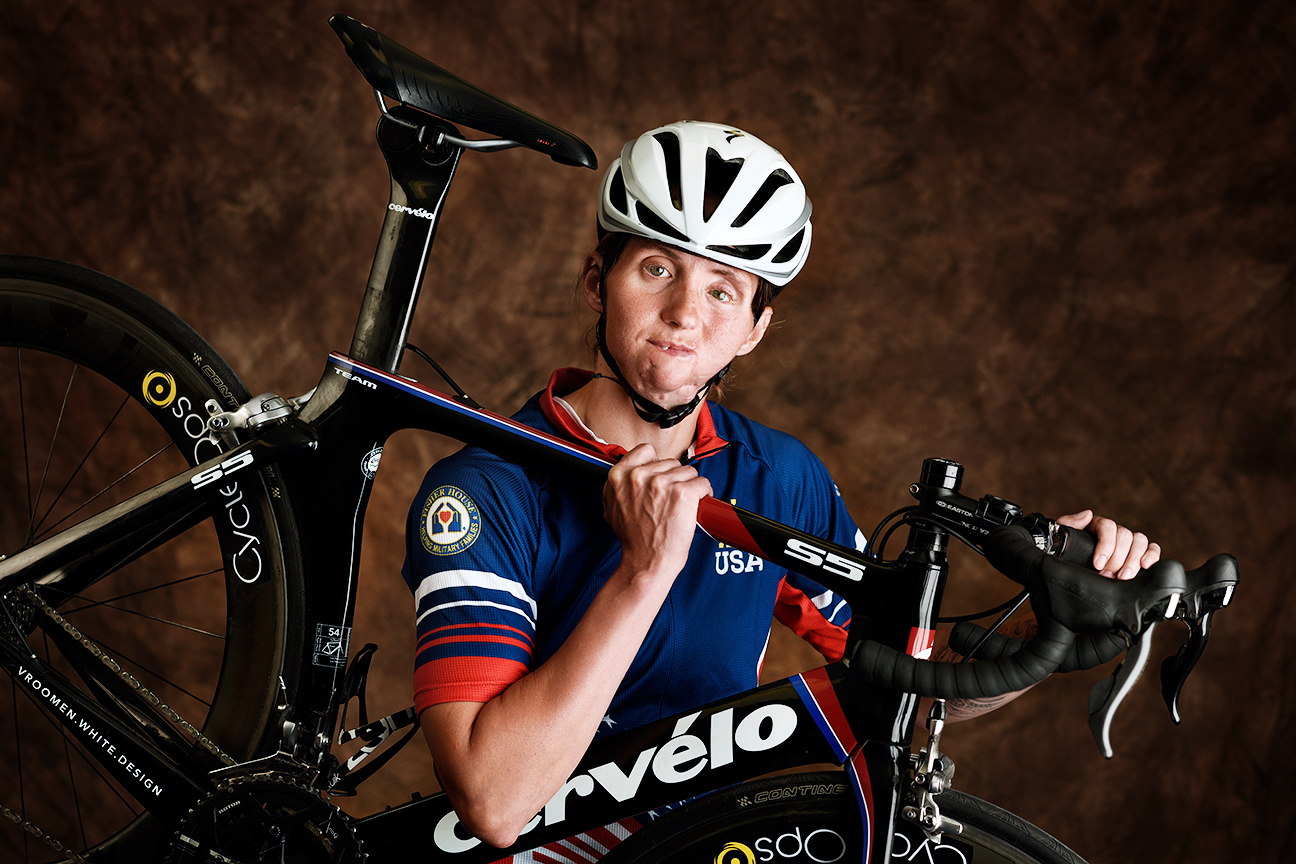 Katie Kuiper, a retired Army intelligence analyst from San Antonio, won two gold medals in cycling and two more medals in track -- gold in the 1,500 meters and silver in the 400. 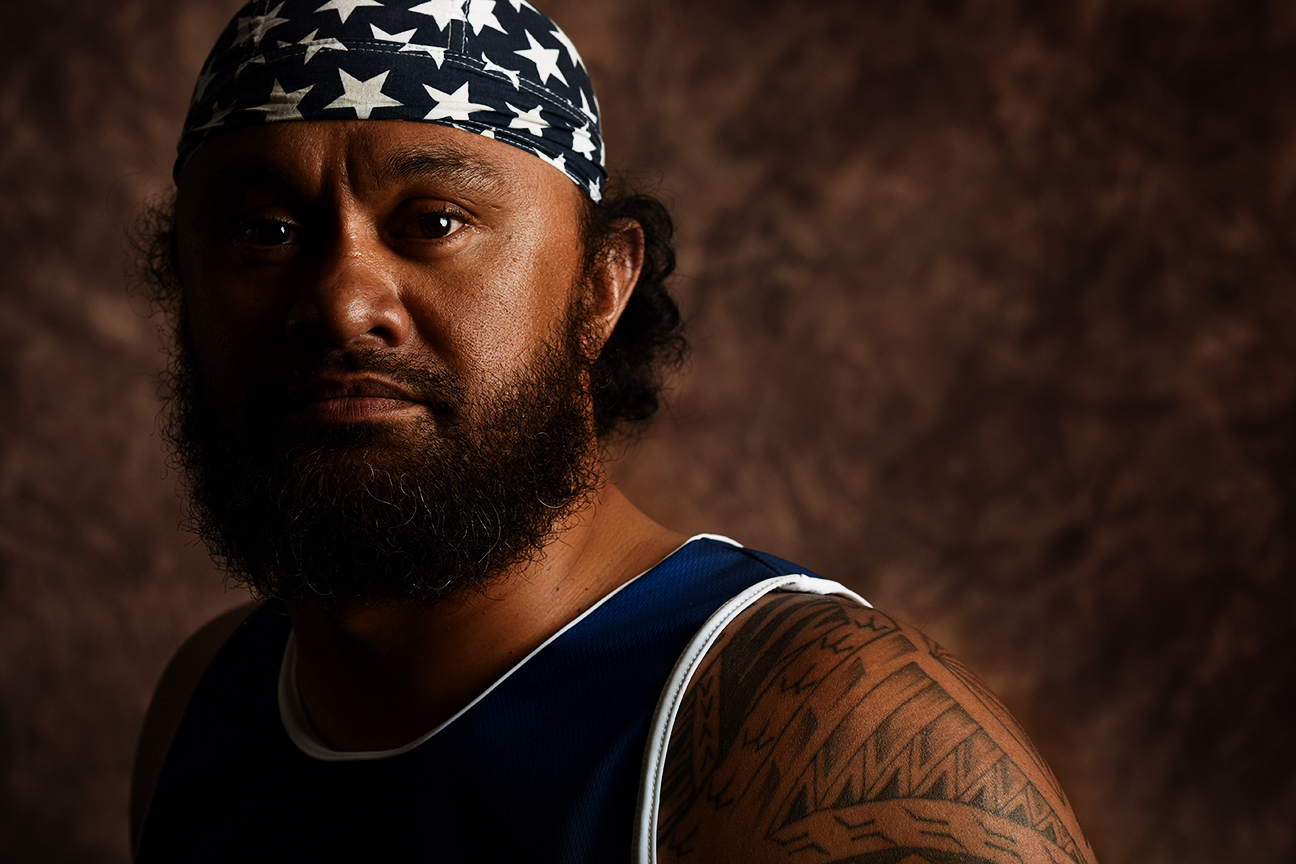 Tuimalealiifano, 37, is from Kalihi, Hawaii. He was serving with an elite special operations team in southern Afghanistan when he was trapped by Taliban fighters. Sua's injuries left him paralyzed from the neck down. He won gold in wheelchair rugby. 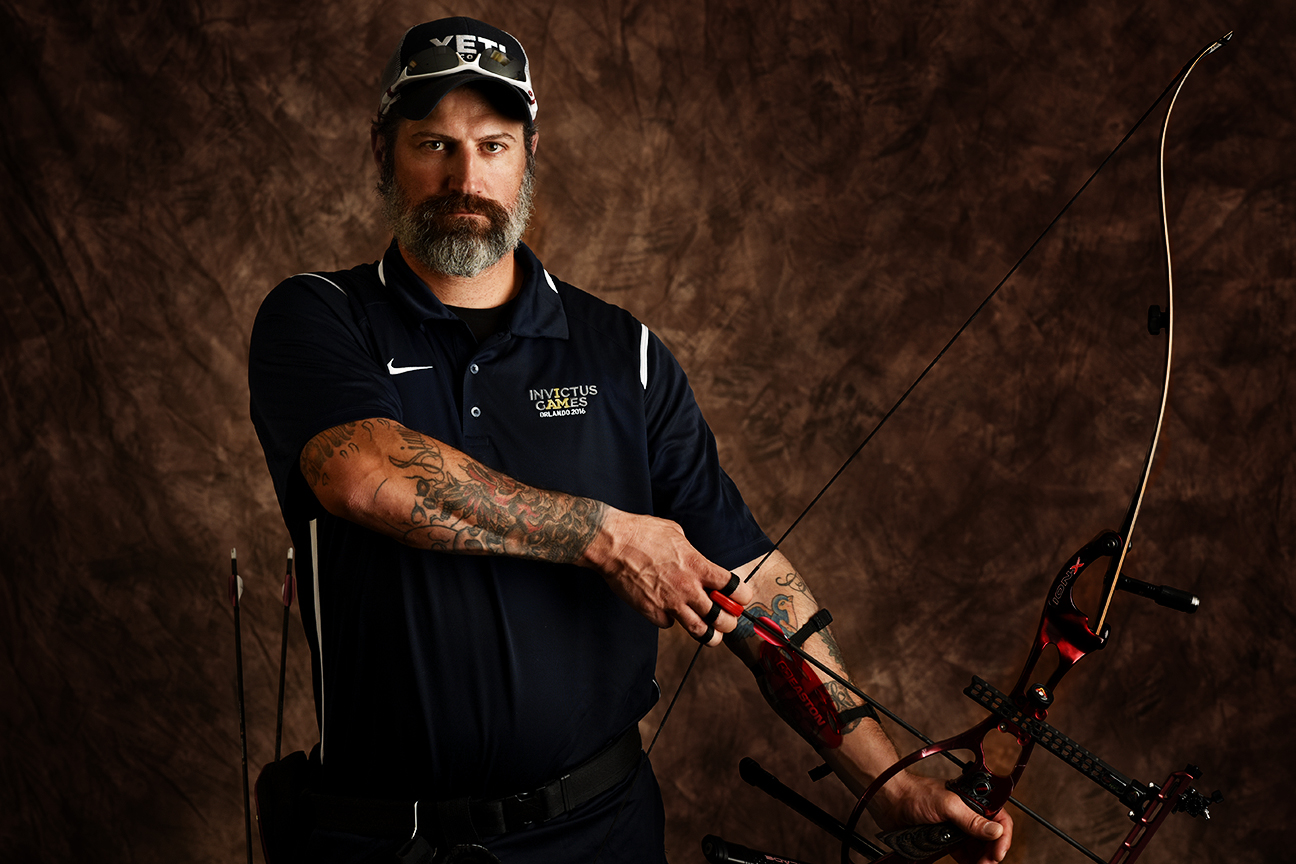 The 39-year-old Meeks, from Las Cruces, New Mexico, served in the Army for 19 years and was deployed several times to Iraq. He said he gravitated toward archery because of its calming effects. 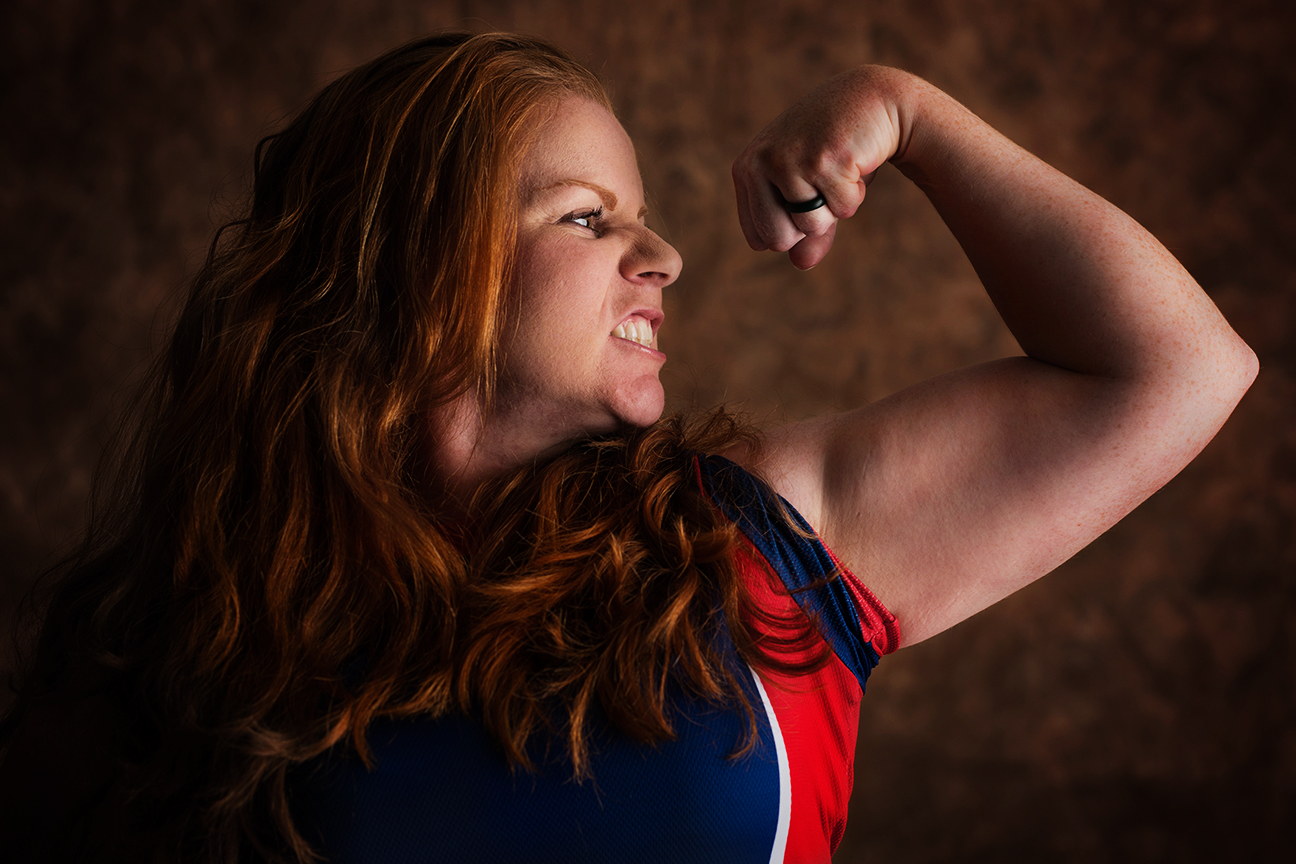 Askins, 38, served in the Navy. Originally from San Diego and now living in Suffolk, Virginia, her nickname while she served was "Rapid Fire." "When I attack, I attack," she said. 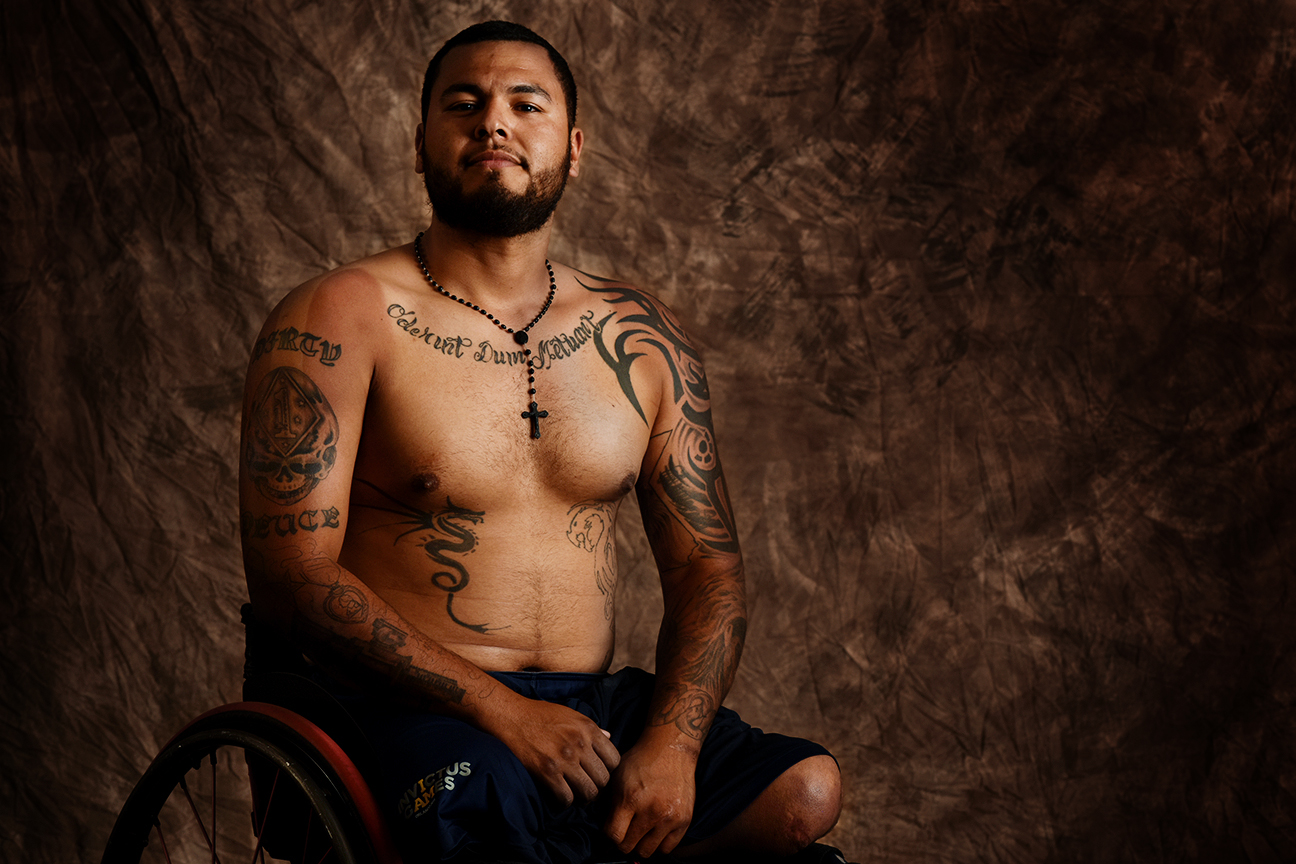 The 26-year-old Salazar, from Delano, California, served in the Marines, losing both his legs above the knees after stepping on an IED during deployment in Afghanistan. He recently told the Bakersfield Californian, "I want people to know that you should always keep pushing forward and never give up." 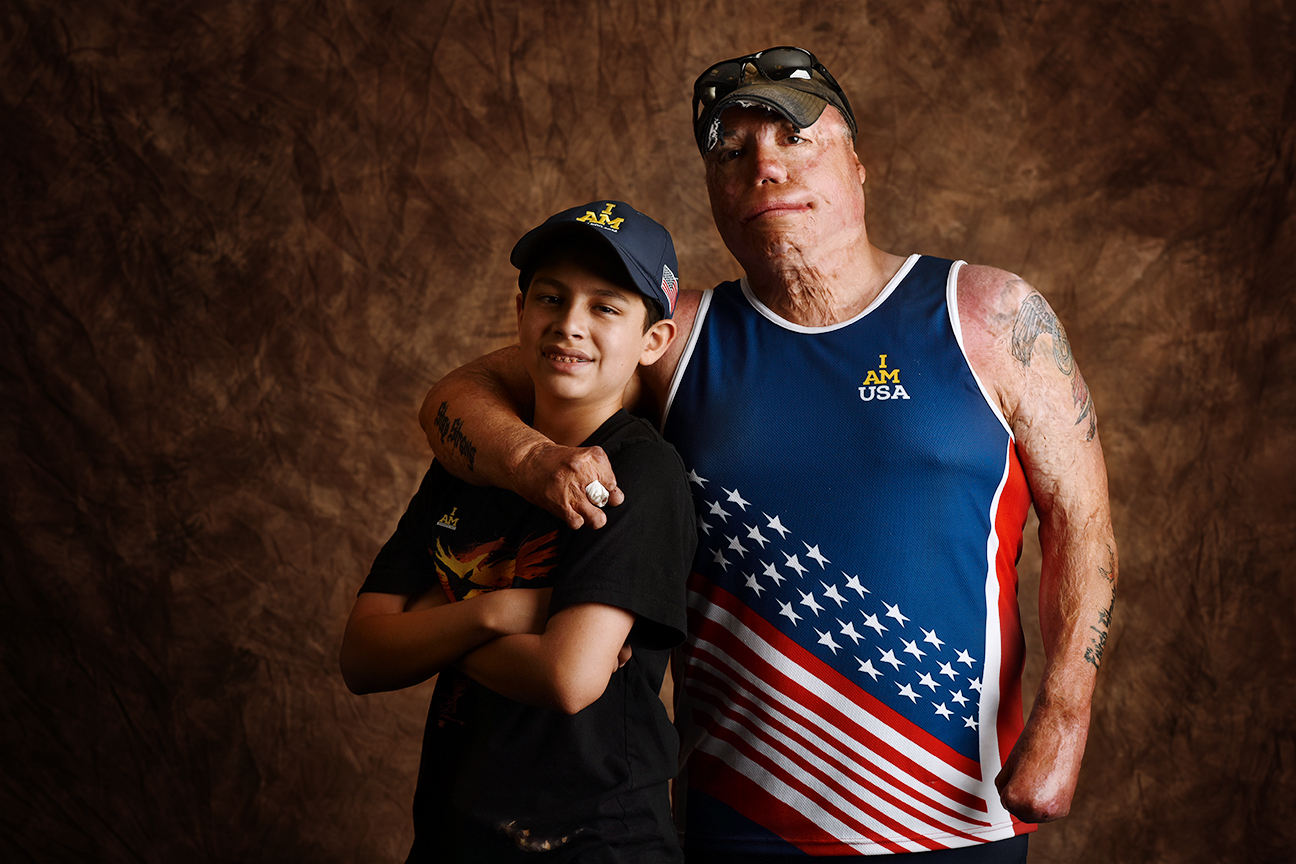 Israel Del Toro Jr., 41, shown with his 13-year-old son, Israel III, performed Special Operations duties in the Air Force. After suffering severe burns to his body during an IED explosion, Del Toro battled back and in 2010 became the first 100-percent disabled veteran to re-enlist in the Air Force. He delivered a powerful speech at the Invictus Games Opening Ceremony, after which he was joined on stage by former President George W. Bush. As Del Toro recently told ESPN The Magazine: "During my recovery, sports was a godsend. I had always been a good athlete, and in therapy I discovered the wonders of adaptive sports. Who ever imagined I would set world records in the discus, shot put and javelin?" 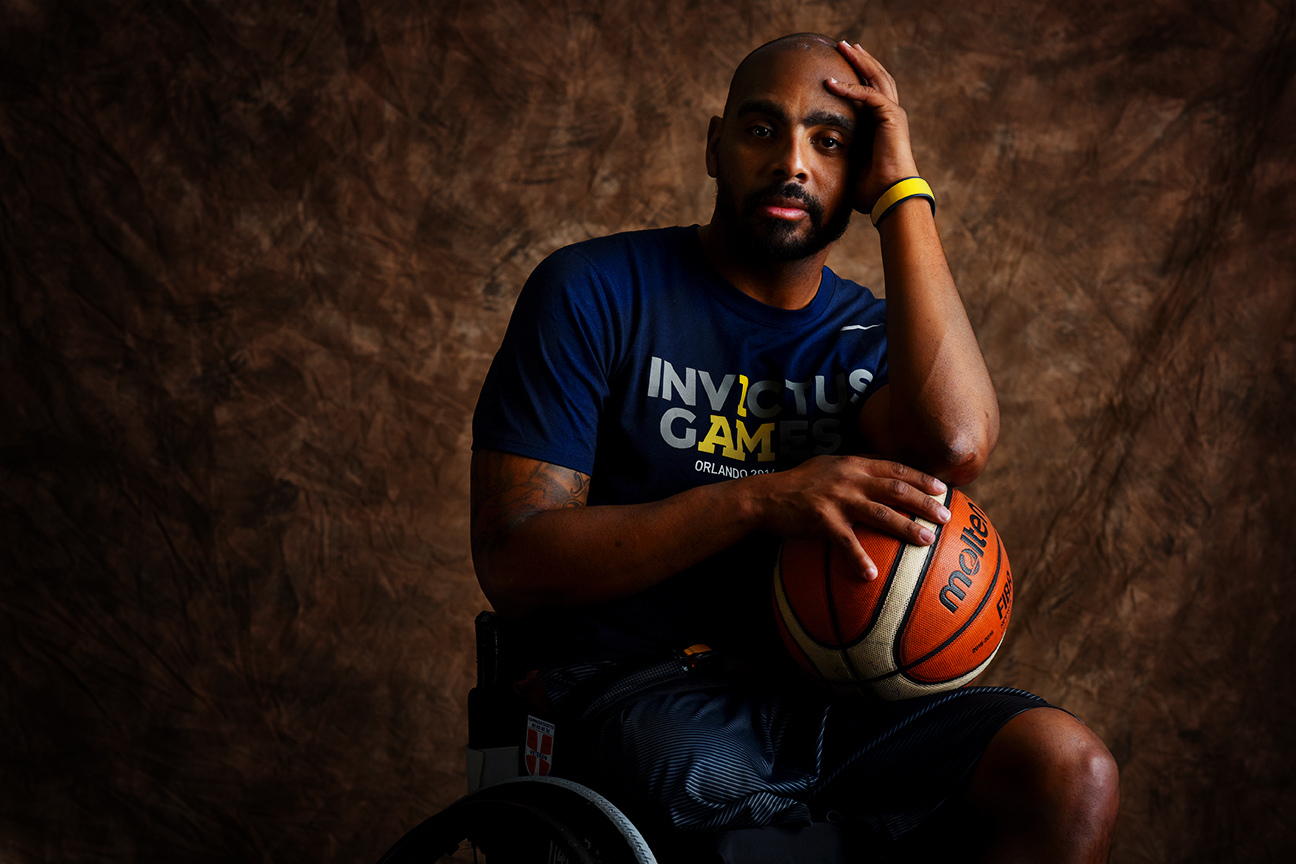 Delvin Maston, 37, is originally from New York City, but he now lives in Birmingham, Alabama. Maston won a gold medal in wheelchair basketball. 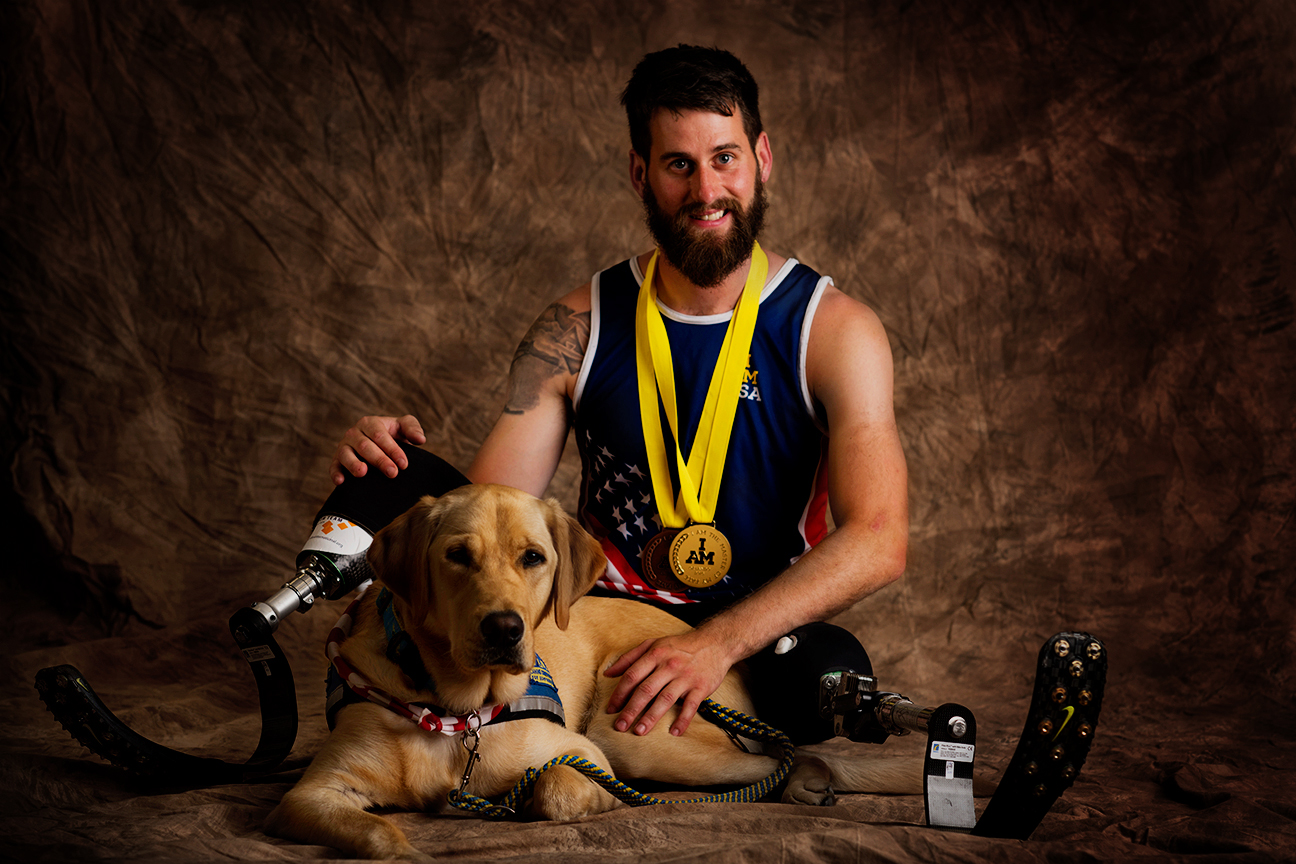 Stefan Leroy, 25, sits with his service dog, Knoxville. Leroy served in the Army and is from Santa Rosa, California, but now resides in Jupiter, Florida. He won a gold medal in sitting volleyball. 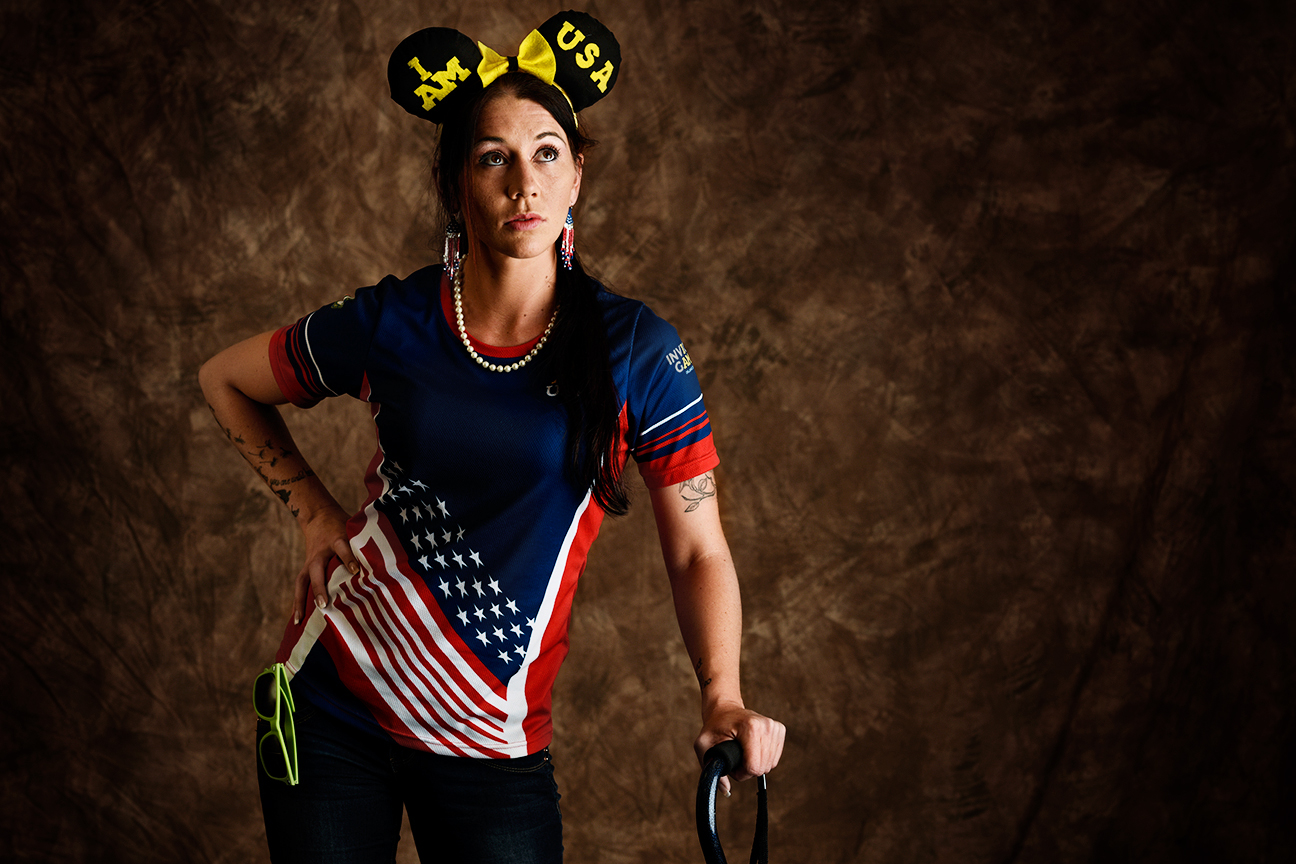 Kristen Esget, 30, is retired from the Coast Guard and is the only woman to represent that military branch at the Invictus Games. She is from Ridgeway, Virginia, and competed in swimming. 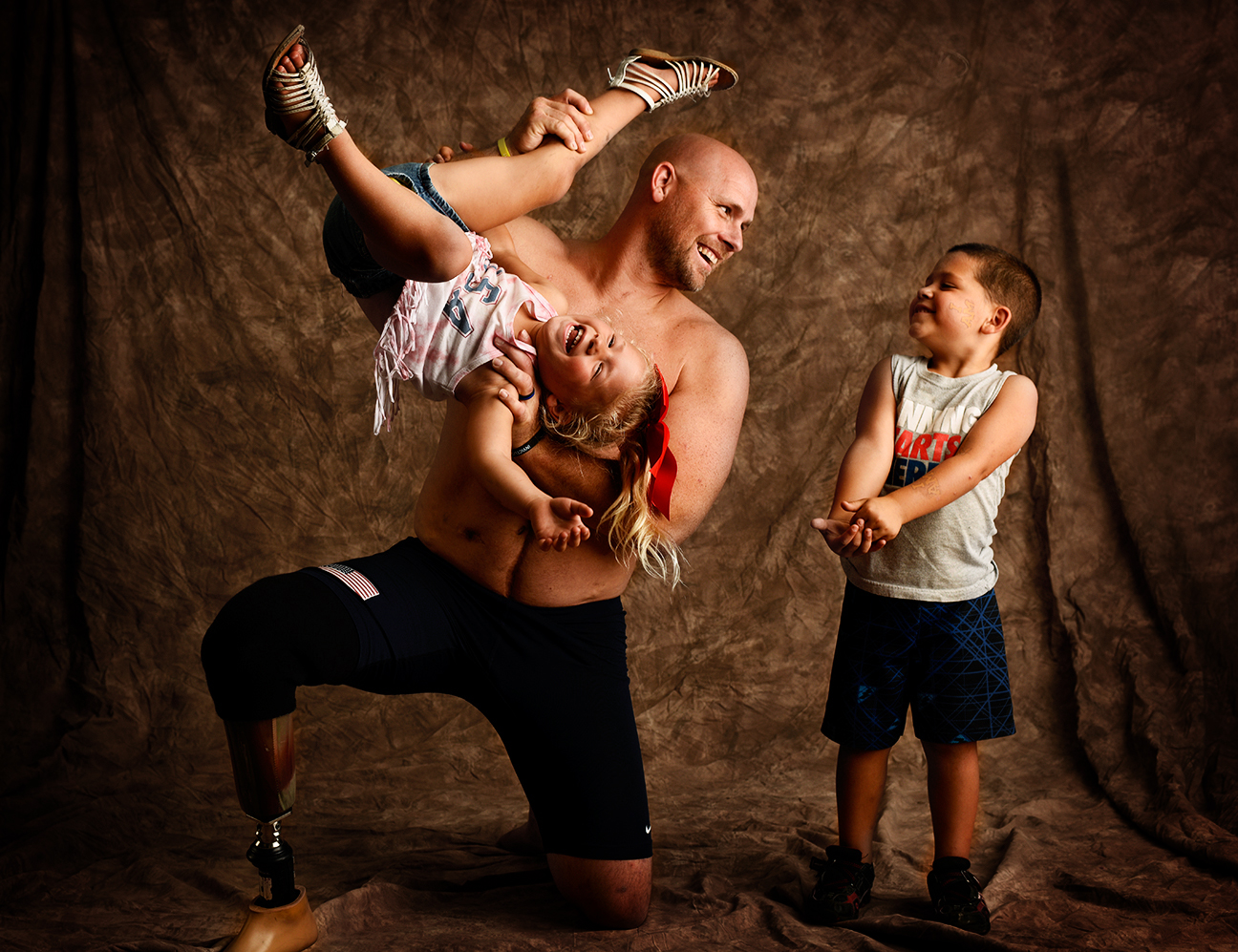 Brett Parks, 37, with his two children, Stella, 3, and Jason, 4, is from Miami and won a gold medal in volleyball and a silver on a swim relay team. 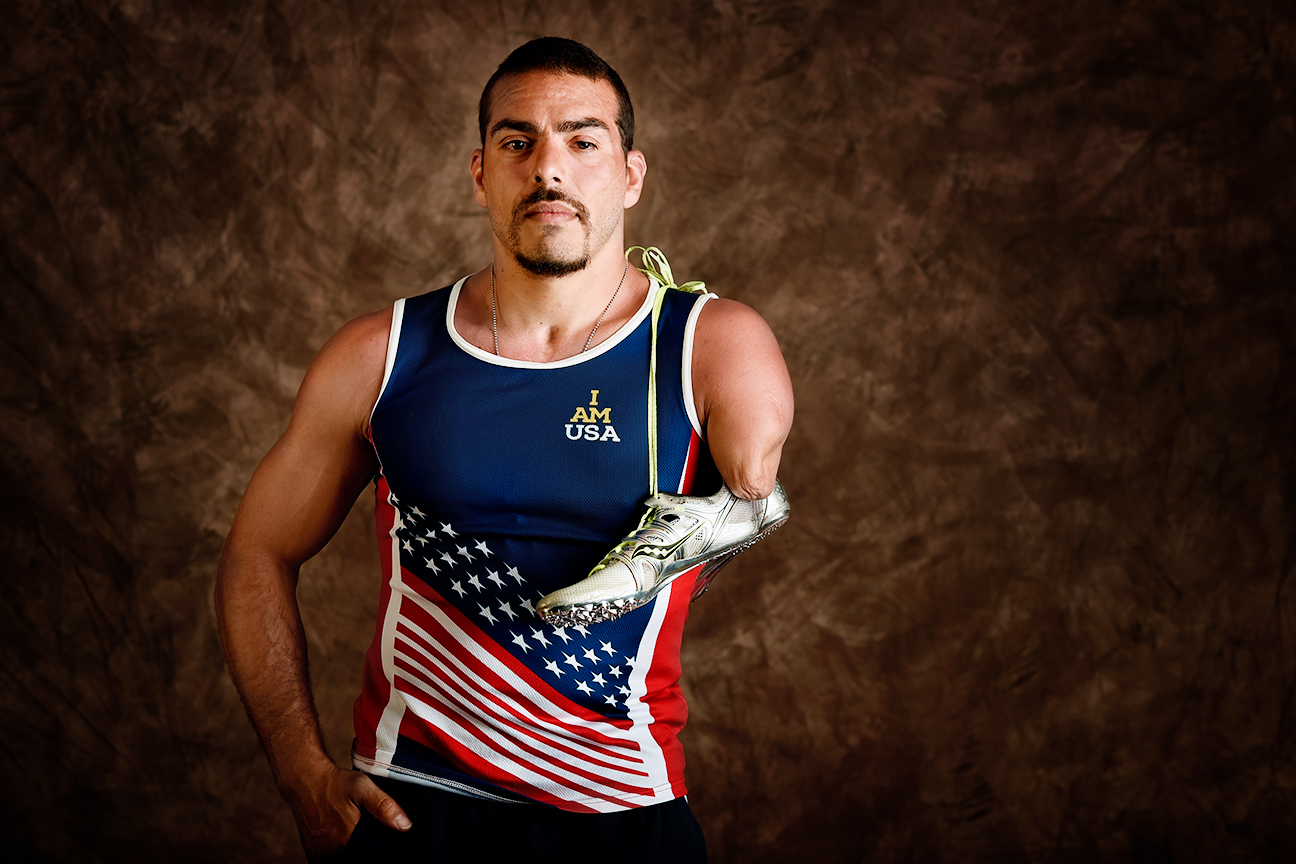 Michael Kacer, 34, is from Throop, Pennsylvania. He won four medals in track and field - gold in the 4x100-meter relay, silver in the 100 and 200 and bronze in the discus. 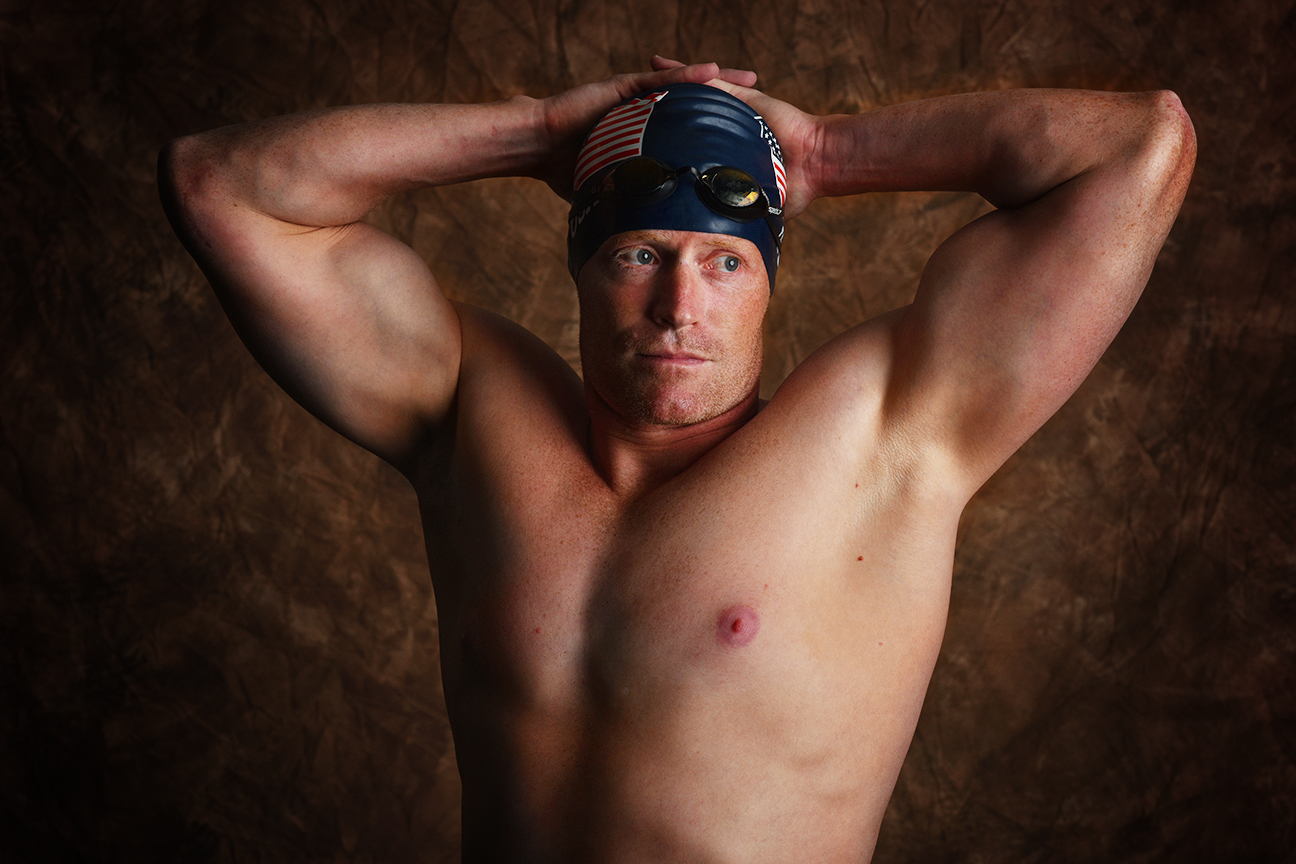 John Edmonston, 36, was a Naval nuclear division officer and is originally from San Jose, California. Edmonston competed in the 50-meter freestyle and 50 breaststroke finals. 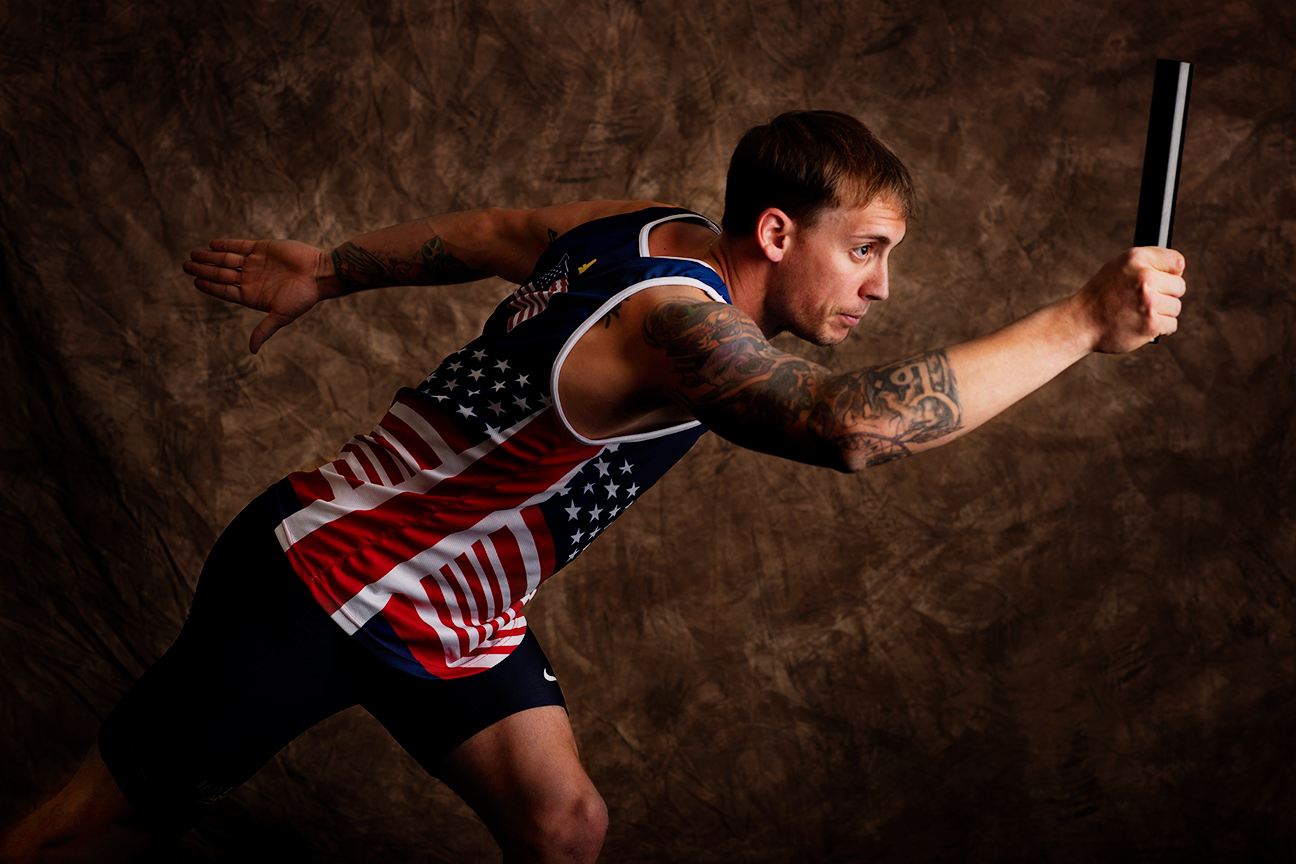 Sean Venezia, 27, is from Lafayette, Louisiana. He served in the Marine Corps and competed in track and cycling. Venezia ran the first leg for the gold medal-winning 4x100-meter relay team. 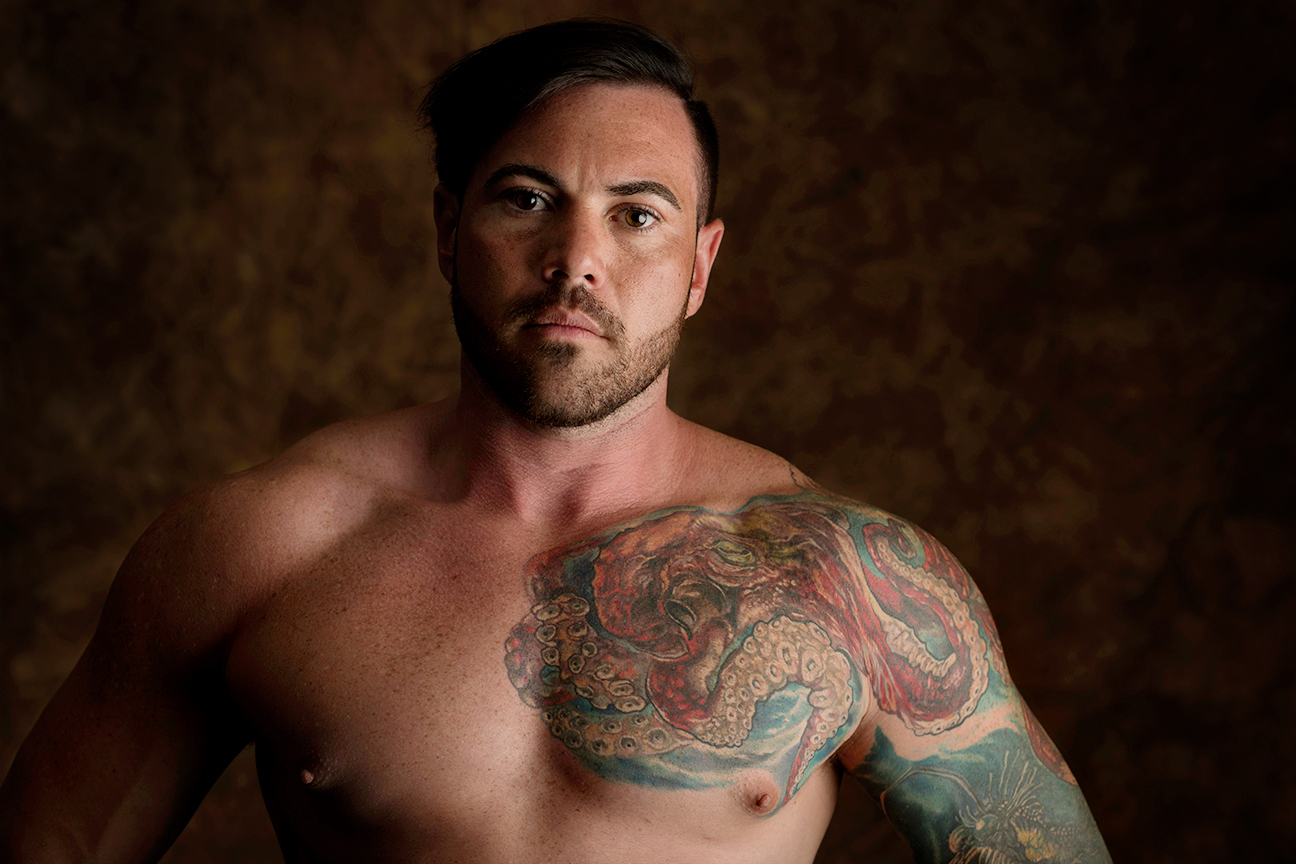 Michael Roggio, 31, is from Oviedo, Florida, and served in the Navy. He competed in the finals of the 100-meter freestyle. 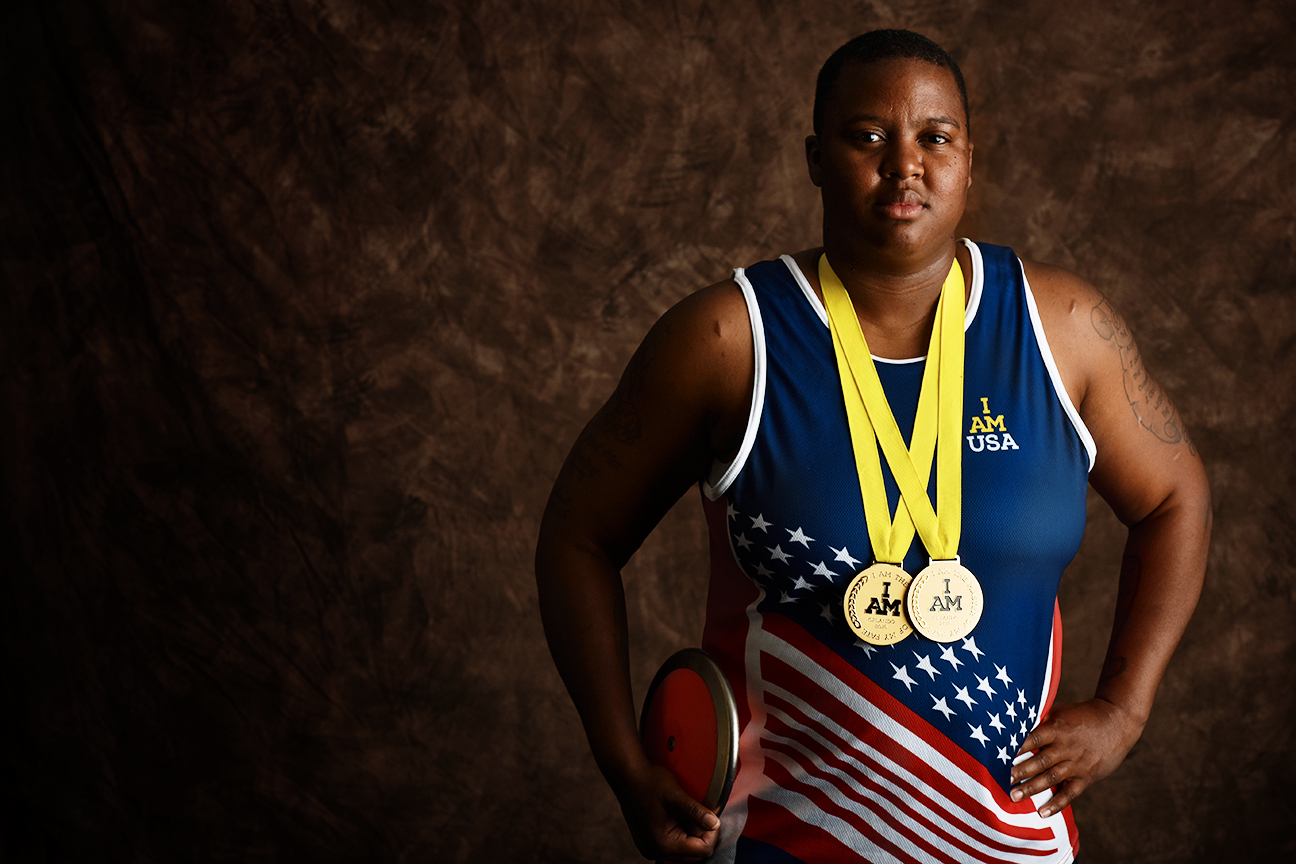 Monica Southall, 36, currently resides in Richmond, Virginia. She is an Army veteran, having served as an automated logistical specialist. Southall won gold in both shot put and discus. 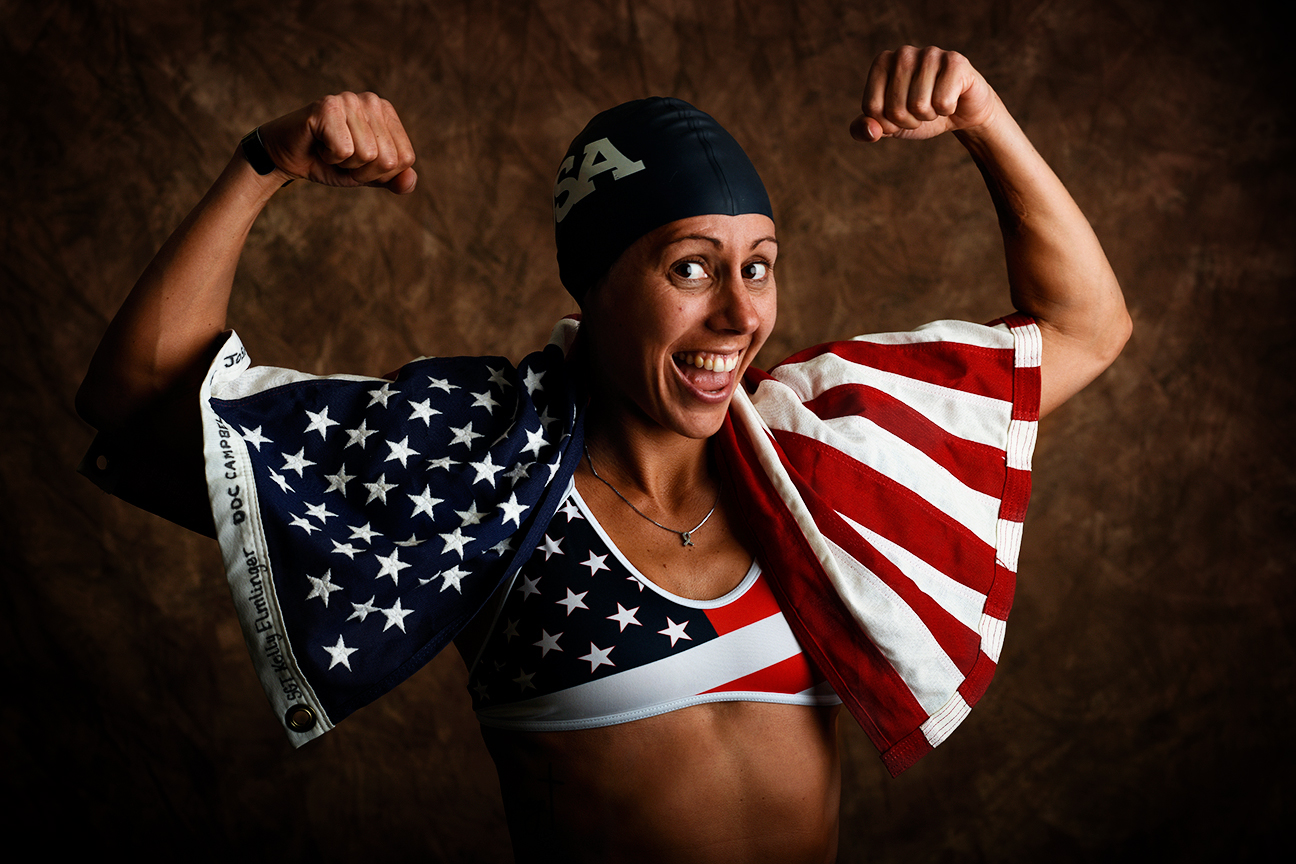 Kelly Elmlinger, 36, is an Army captain on active duty as a nurse. Kelly competed in track and swimming, medaling in both sports. She is currently stationed at Fort Sam Houston in San Antonio. 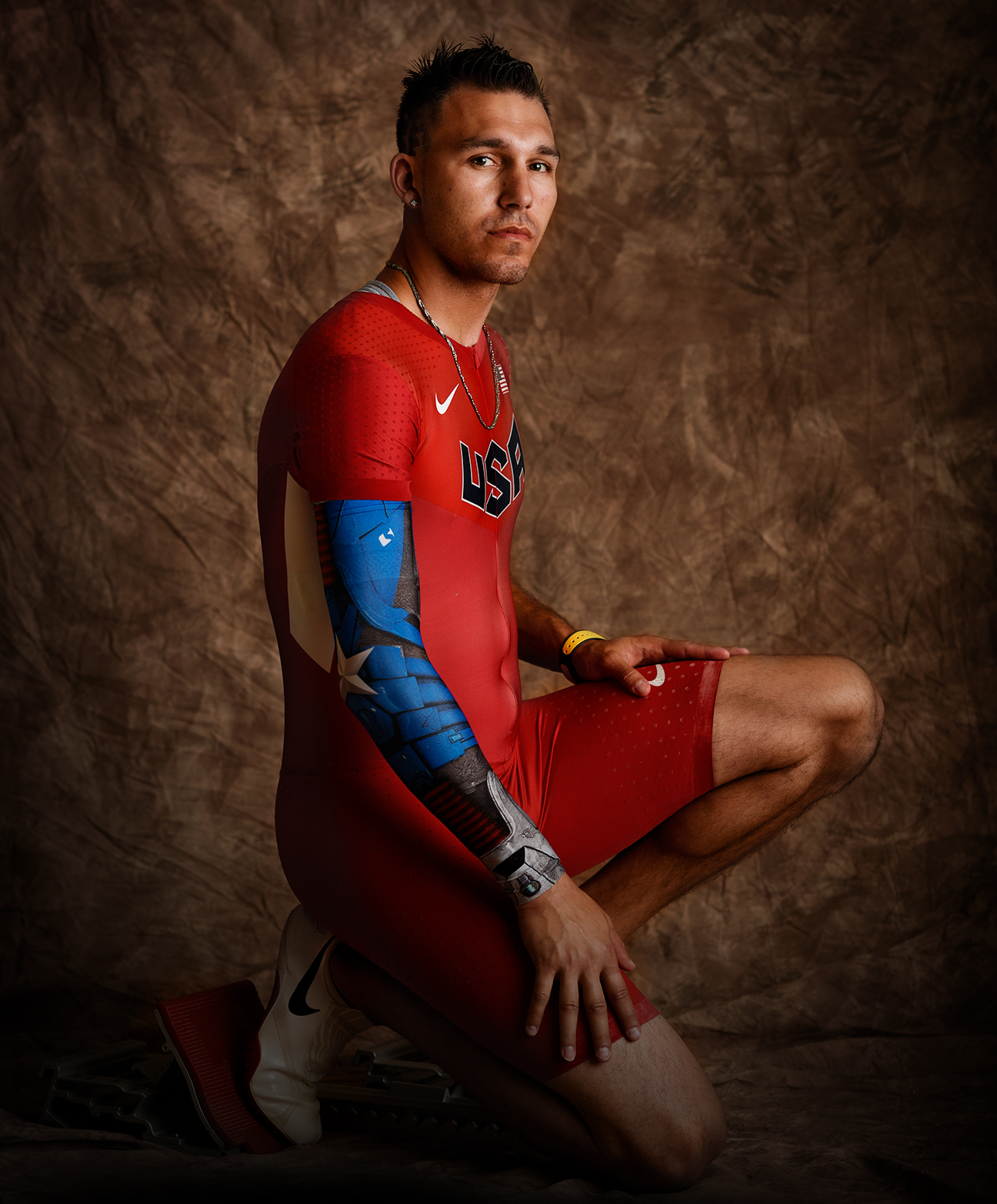 Robbie Gaupp is a retired Army sergeant from Gatesville, Texas. He won a gold medal in sitting volleyball and bronze medals in the 100 and 200 meters. 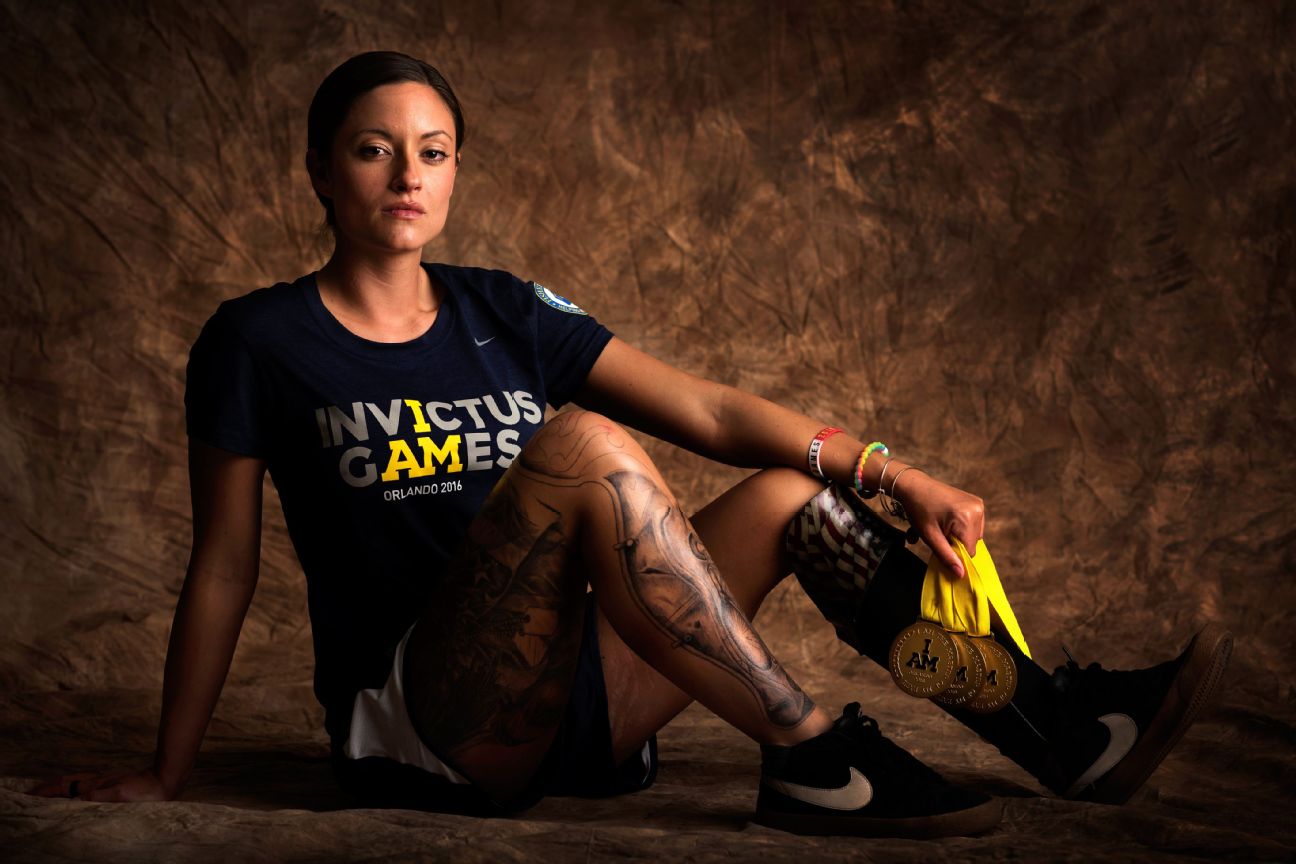 Marks, 25, served in the Army and is from Prescott Valley, Arizona. She returned one of the four gold medals she won to Invictus founder Prince Harry. "I gave it back to him to get it to Papworth Hospital because they saved my life." 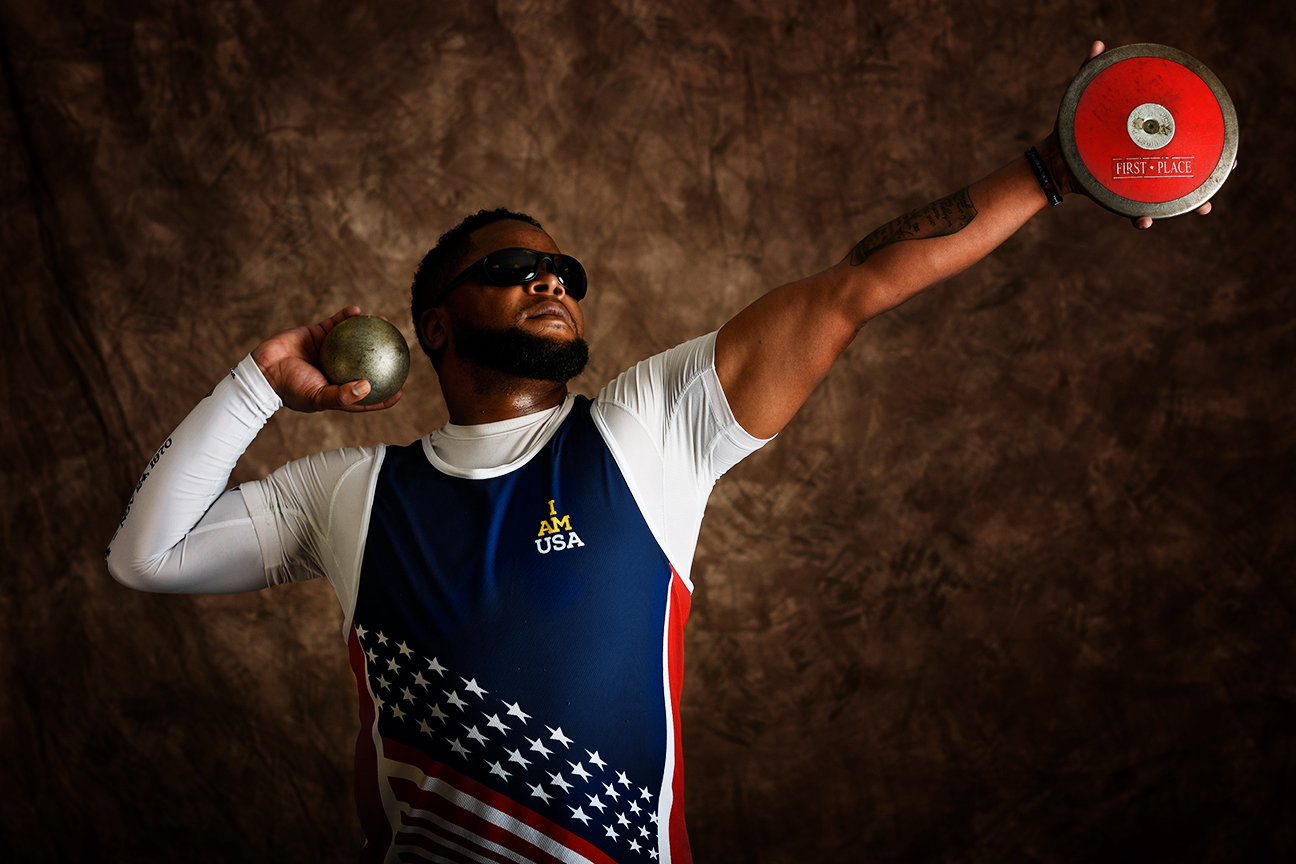 Robert Green, 37, is a veteran Army staff sergeant who served as a chemical operations
specialist. He won a bronze medal in the shot put. 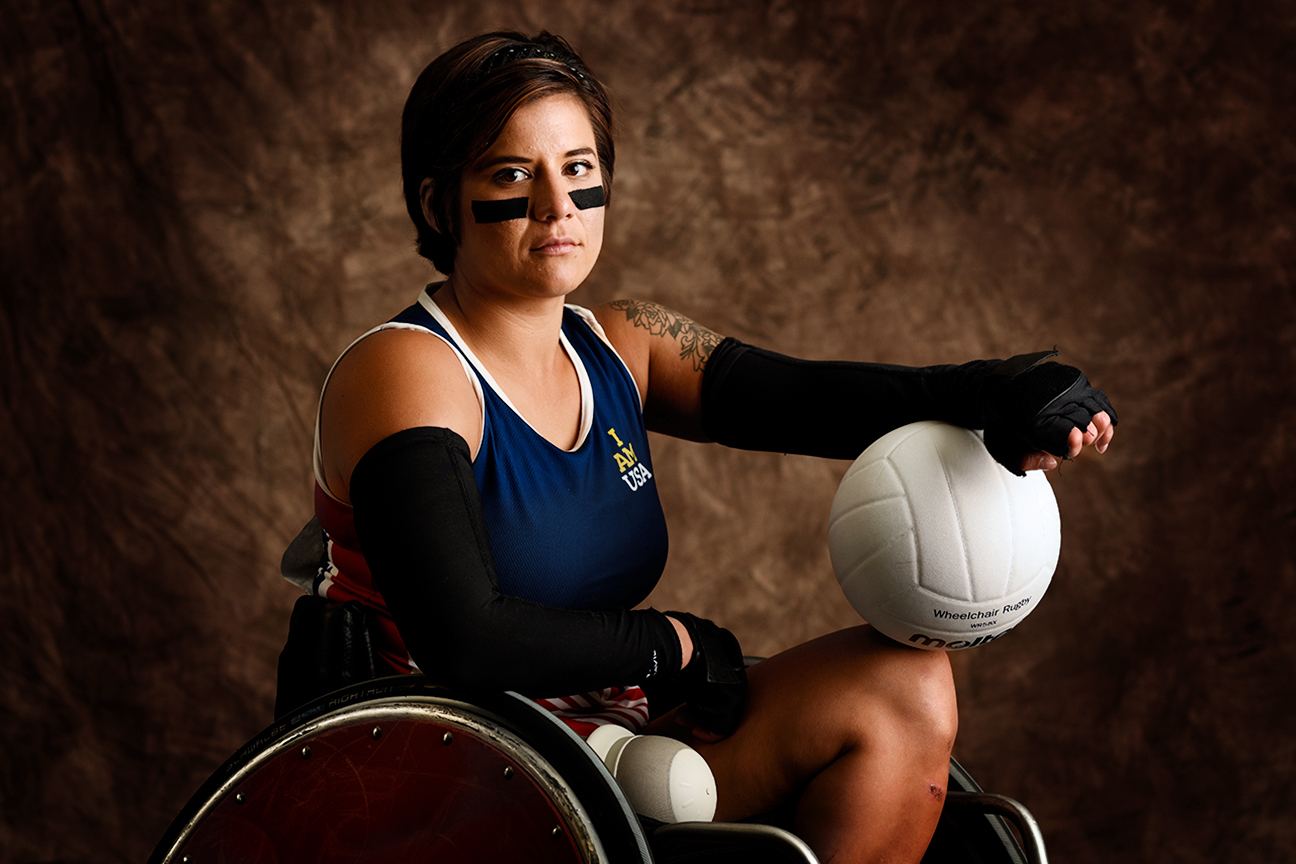 Sebastiana Lopez Arellano, 25, served in the United States Air Force. She won a gold medal in rugby and a silver in the discus. 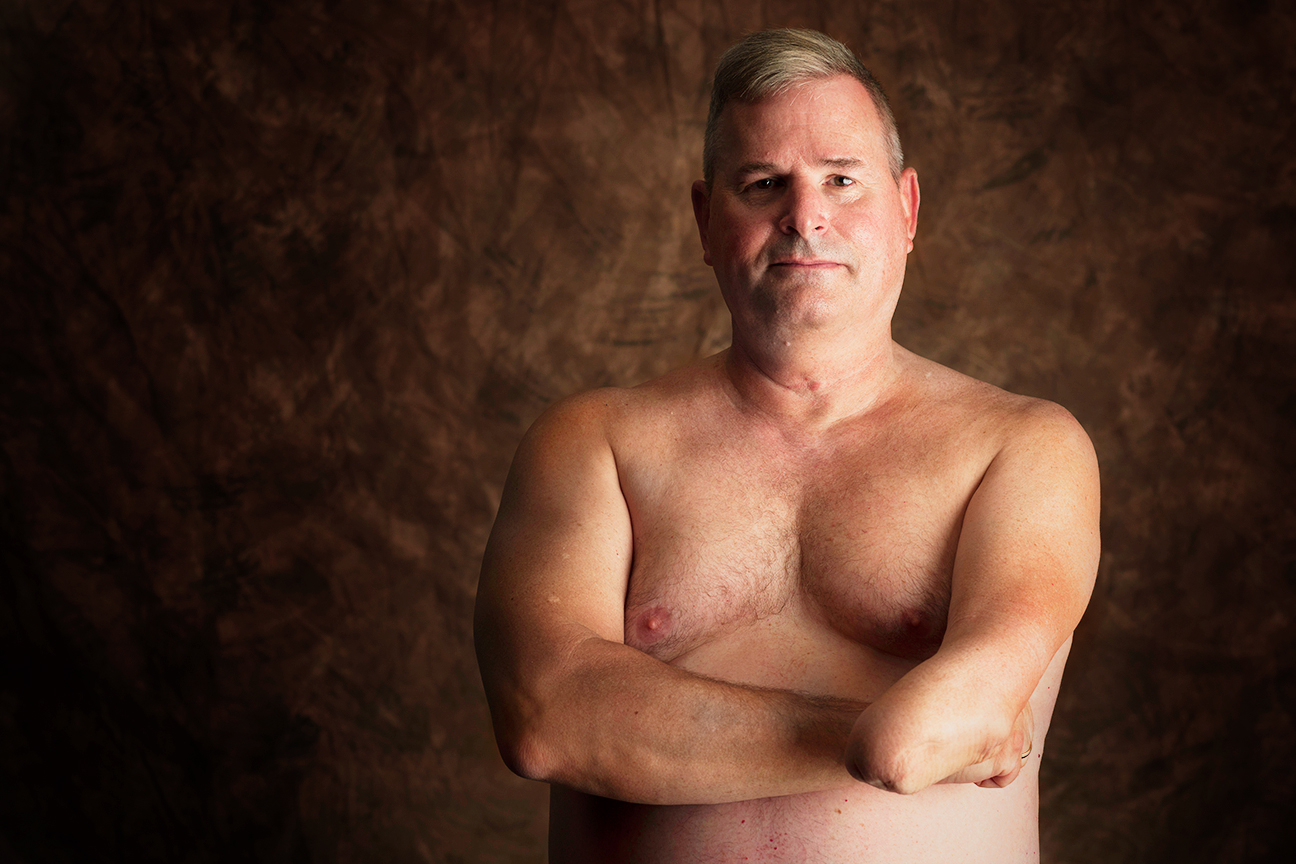 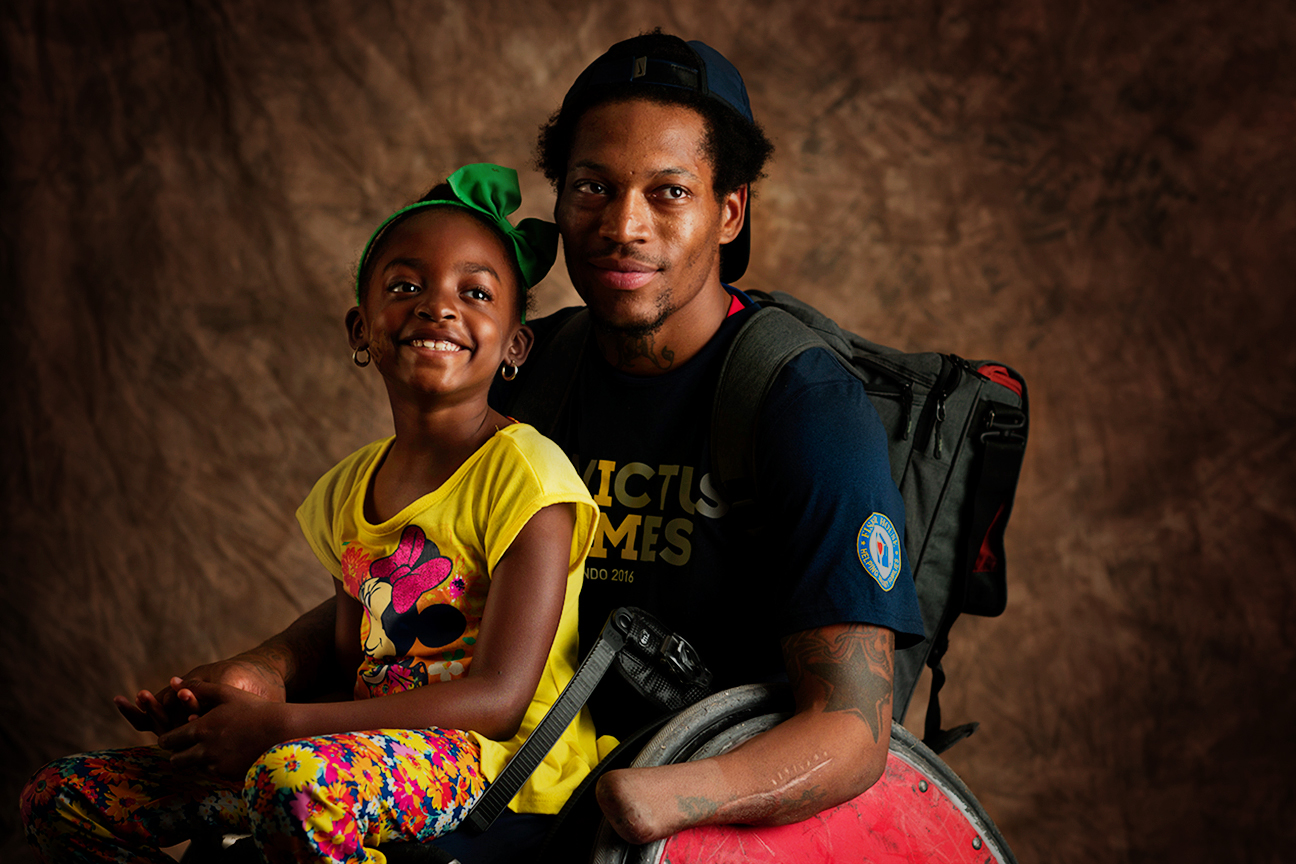 Anthony McDaniel, 27, and his daughter, Dejah, 7. McDaniel is a Marine Corps veteran originally from Pascagoula, Mississippi. He captained the gold medal-winning rugby team, won a gold medal in basketball and bronze in rowing and 100 meters. 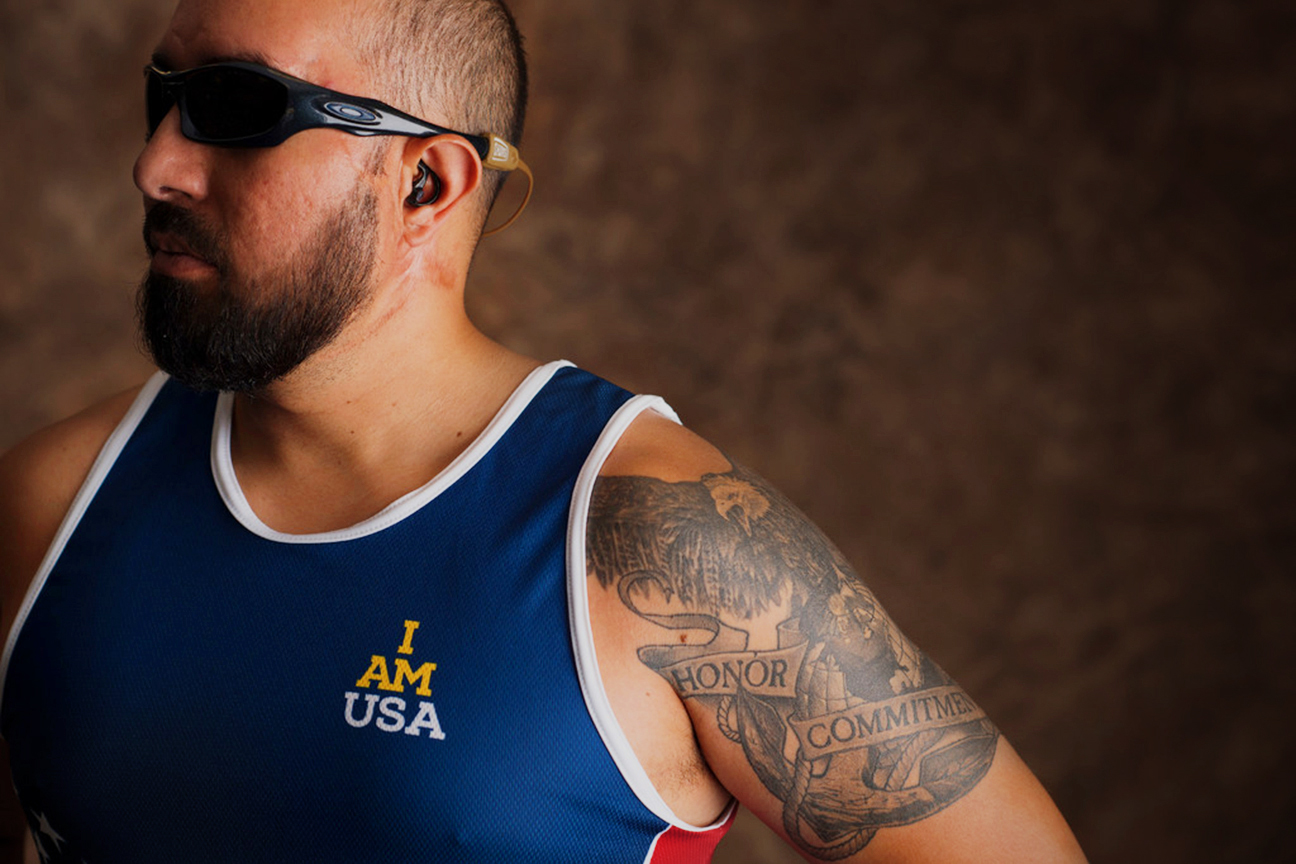 Adrian "AJ" Mohammed, 35, is from Oconomowoc, Wisconsin. He served in the Navy and competed in tandem cycling and the 100 and 200 meters in track. He designed his tattoo himself. 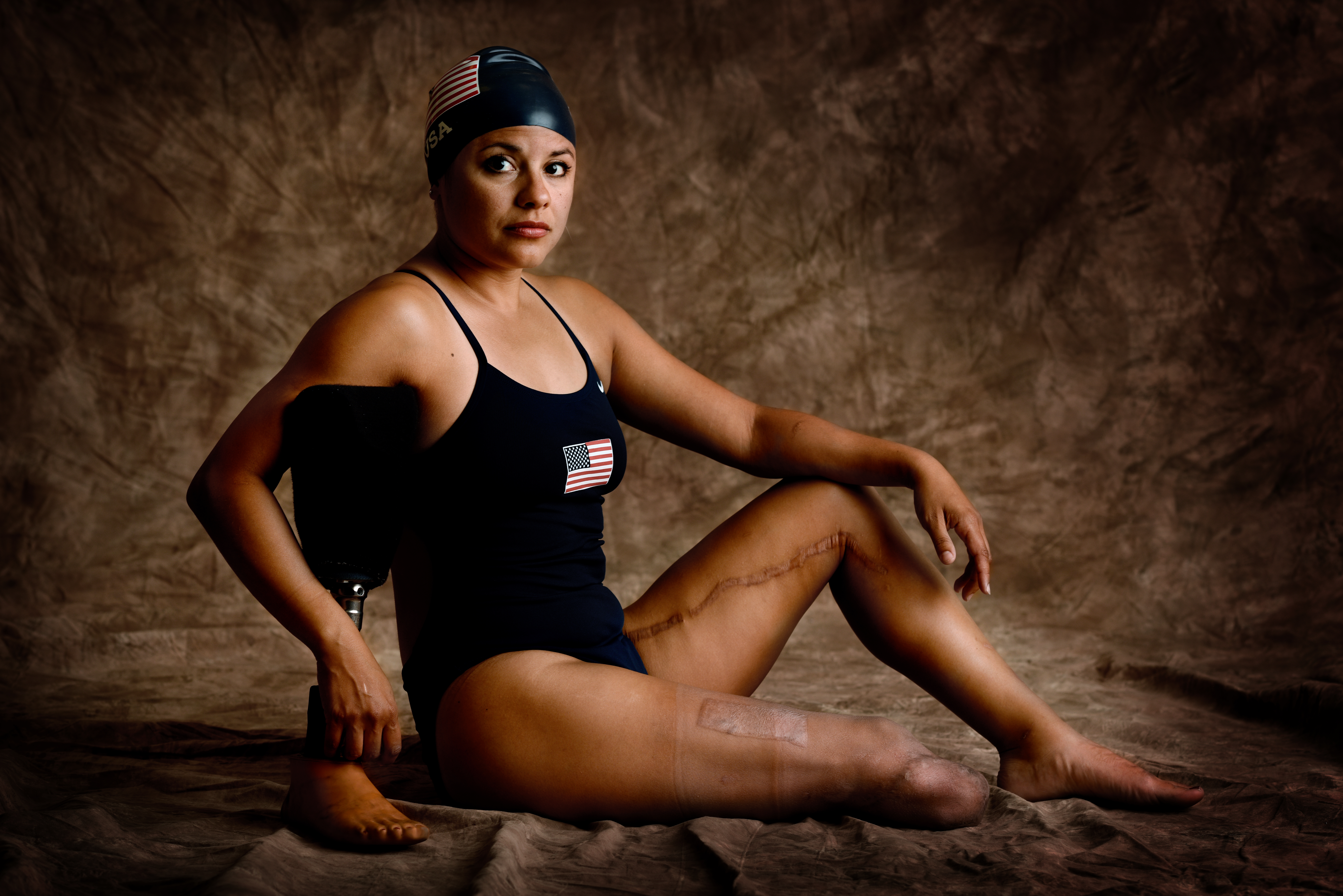 Ana Manciaz, 36, is a veteran Army sergeant who served as a cryptologic linguist. She is originally from Los Lunas, New Mexico, and currently resides in San Antonio. She competed in swimming, cycling, track and archery.