They came here seeking glory on the baseball diamond, but for many of the players, some of the most fun they've had over the 10-day tournament has been around a pingpong table or in the pool.

"The Grove" is the melting-pot residential complex where all 215 players and their coaches stay in Williamsport and where languages and culture mix. It's a place where kids like Curacao's Nair Jamanika, above, cut can loose, make new friends and share the international language of baseball with players from all over the world.

This Little League World Series has become a seriously big event, no doubt. During the downtime between games, we found a bunch of 11-, 12- and 13-year-olds acting like, well, kids. 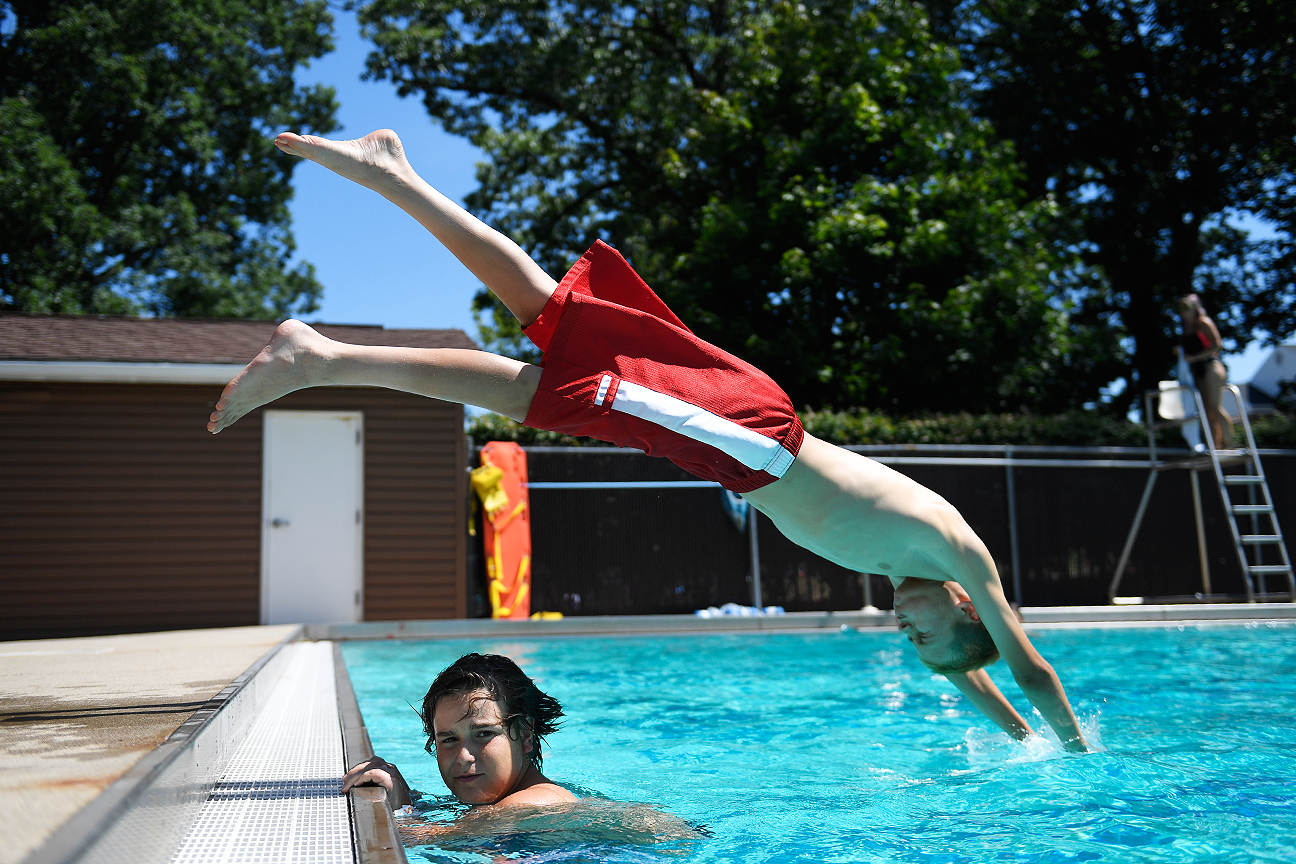 Bugsy Jensen, 12, diving, and Oregon teammate Evan Ullman, 13, cooled off between games at the Grove's pool -- under the watchful eye of several lifeguards. 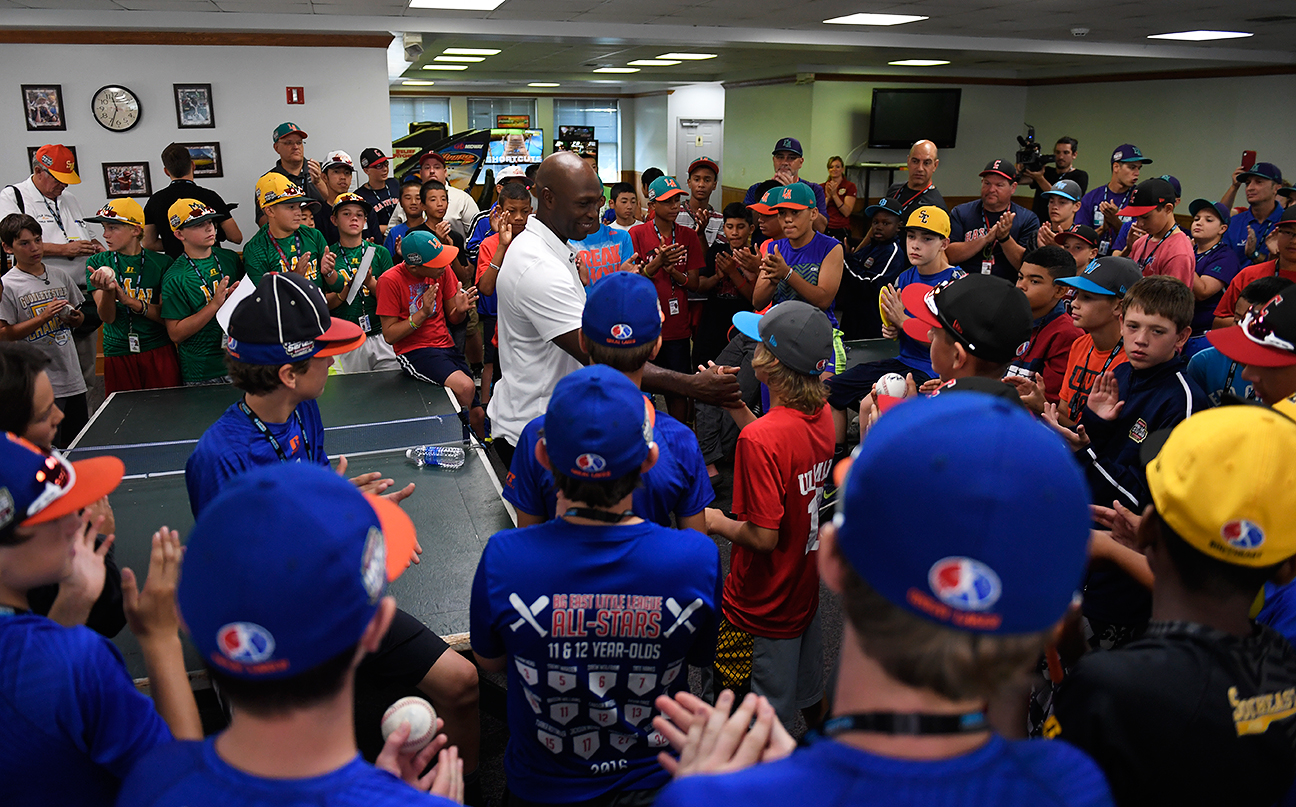 Five-time MLB All Star Torii Hunter -- a former Little Leaguer in Pine Bluff, Arkansas, who was enshrined in the Little League Hall of Excellence Wednesday night -- met with players in the rec center and encouraged them to "enjoy the moment." 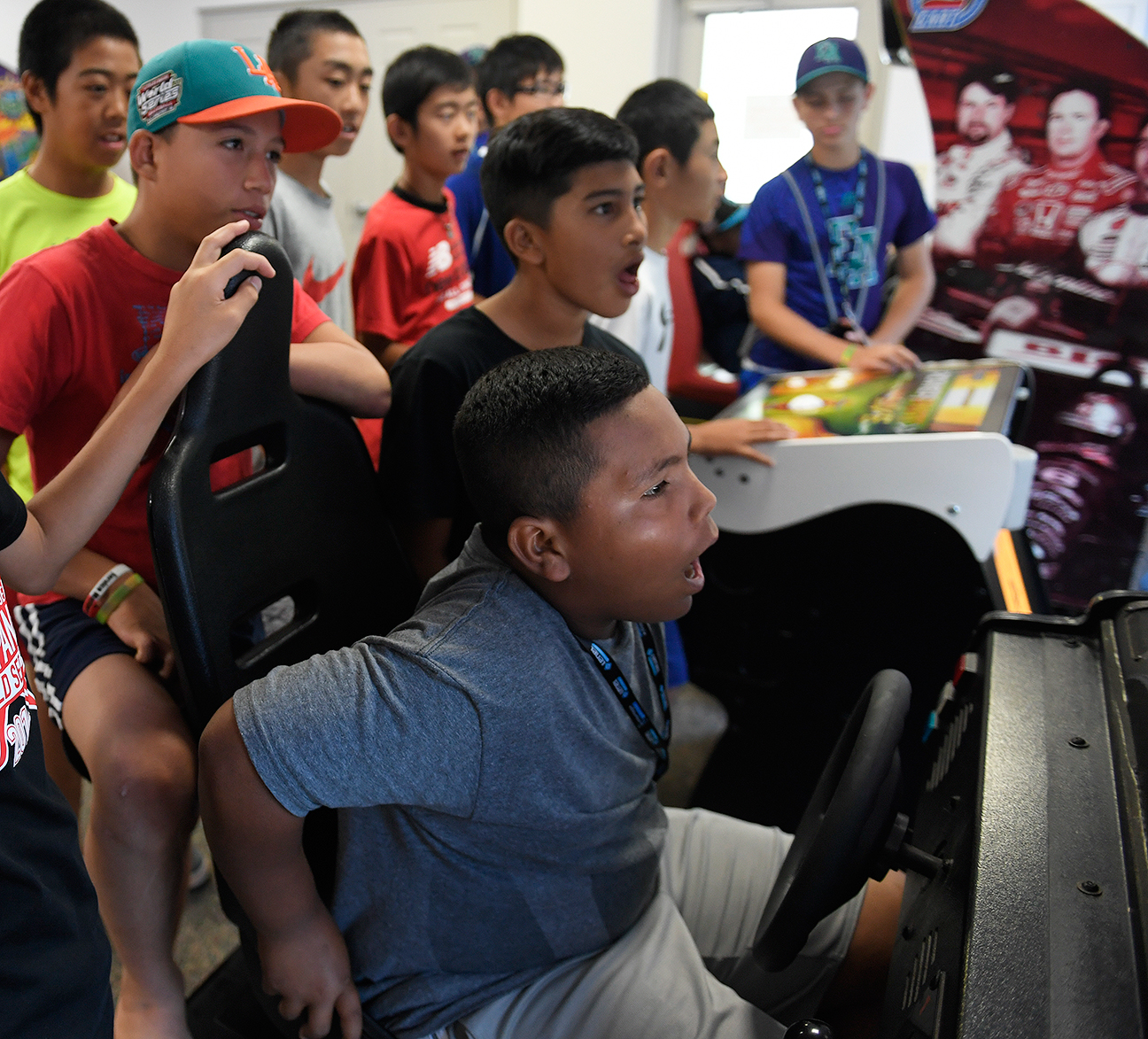 Panama's Harrison Castillo found that playing "Fast and Furious" with some new friends was a good way to blow off steam. The Grove's rec room features arcade games, an air hockey table and a flat-screen TV. 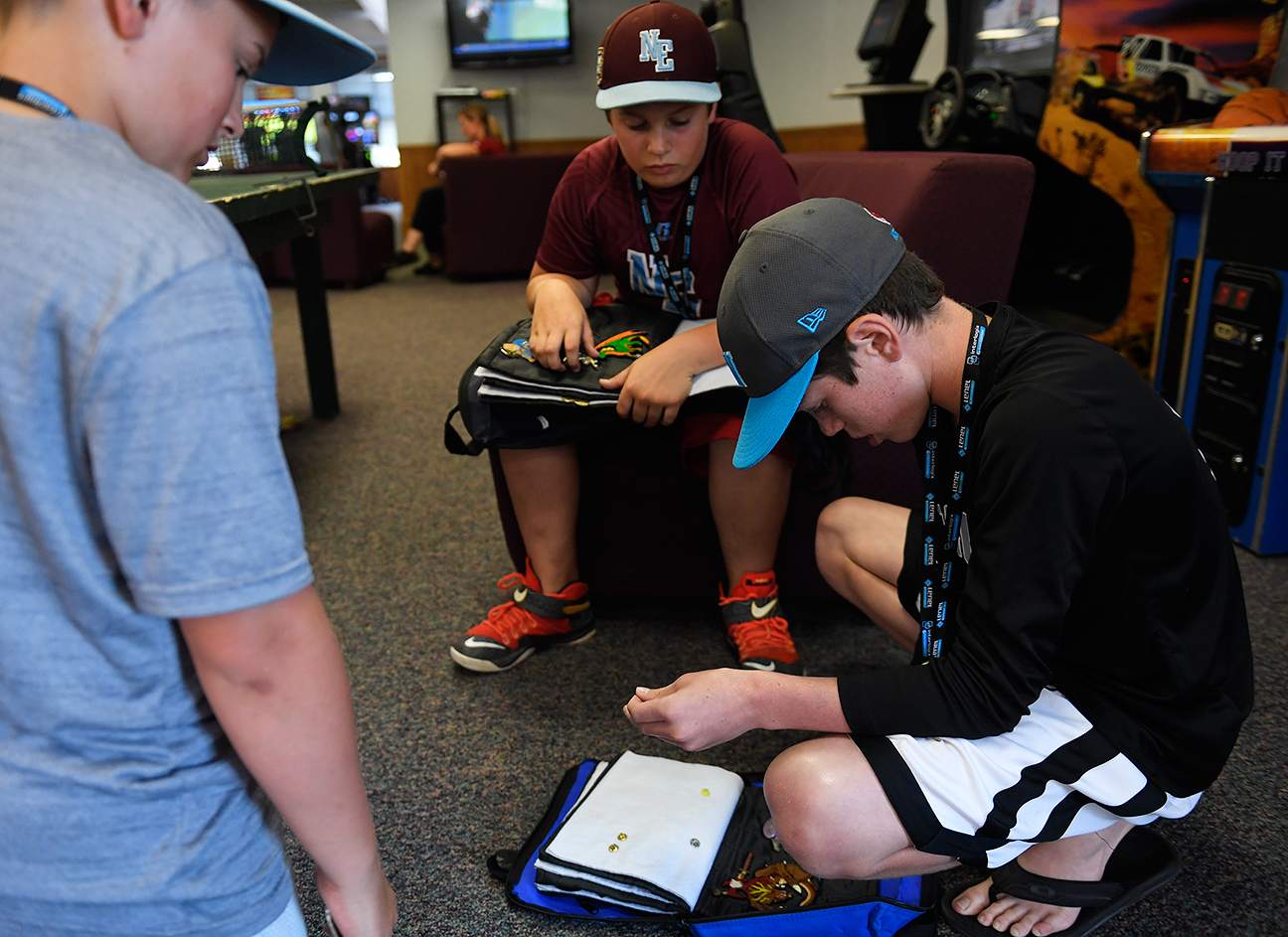 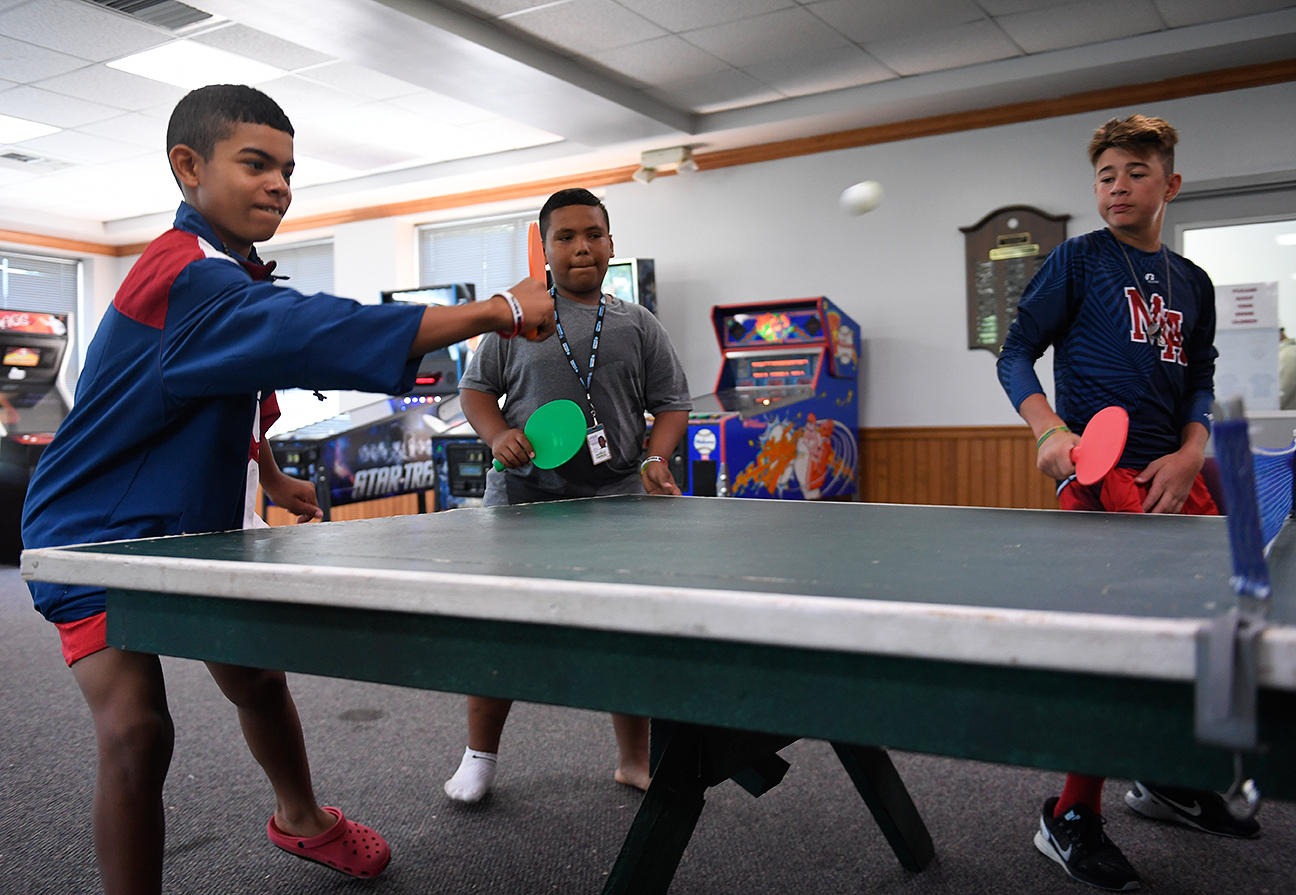 The pingpong table was a popular meeting spot among players from every country, where a game called Runaround, in which three or more players would take turns serving and moving around the table trying to keep the point alive, was all the rage. 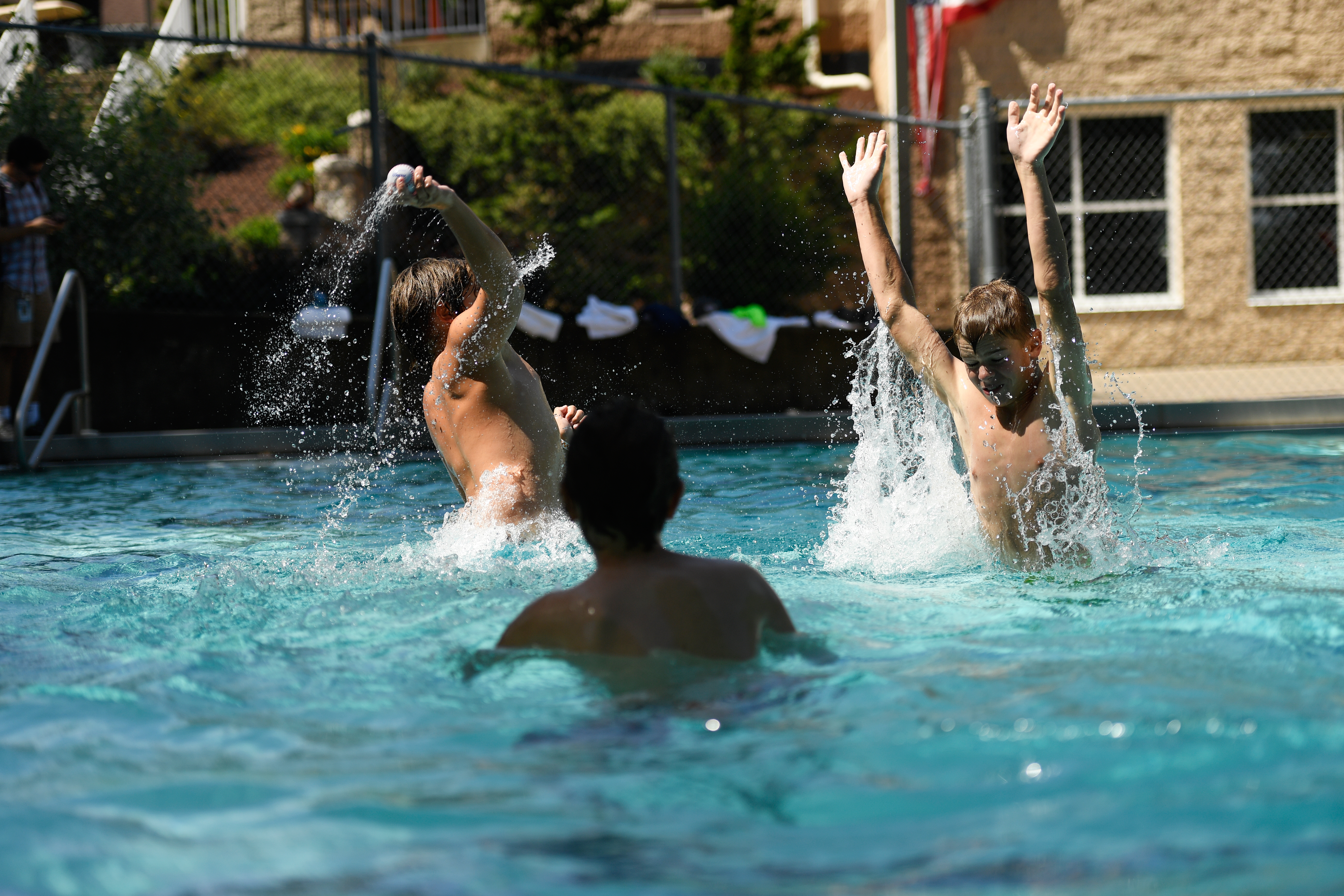 You can take a ballplayer off the baseball field, but you can't take the baseball away from him for long. The pool was another popular place to have a catch. 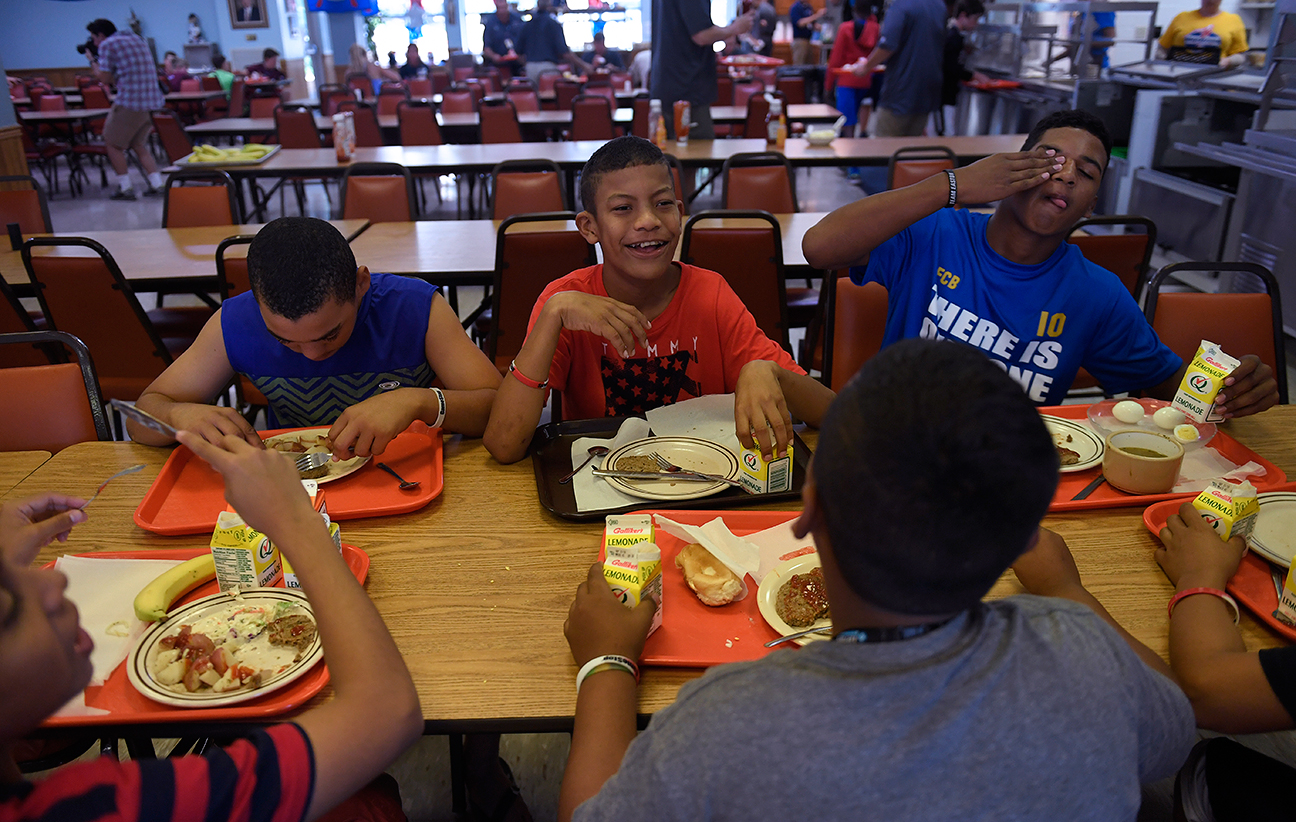 Players eat all their meals in the Grove's cafeteria, where meals can range from spaghetti and meatballs to sloppy Joes. There's a strict no-hat policy. 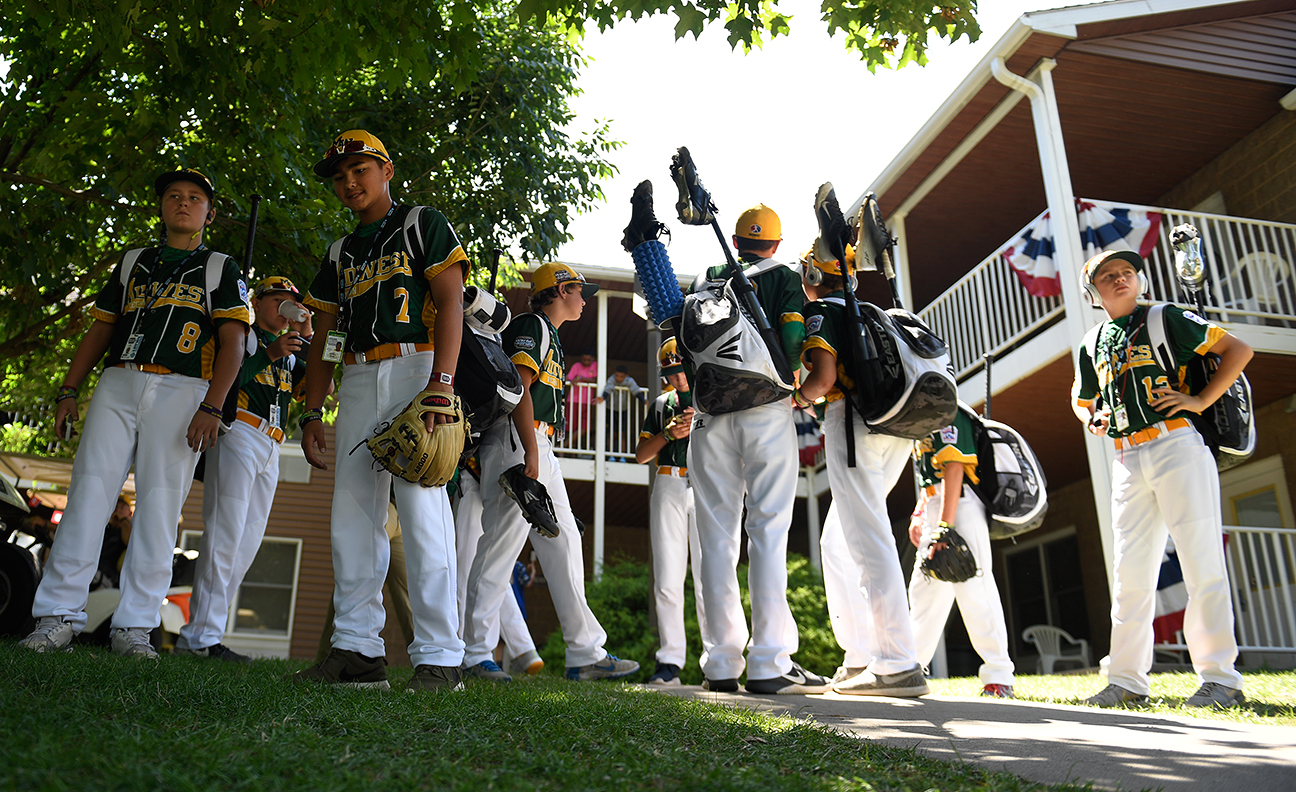 Each U.S. team shares a floor with an international squad. The Iowa players got a good-luck sendoff from their dorm-mates before their game against Kentucky. 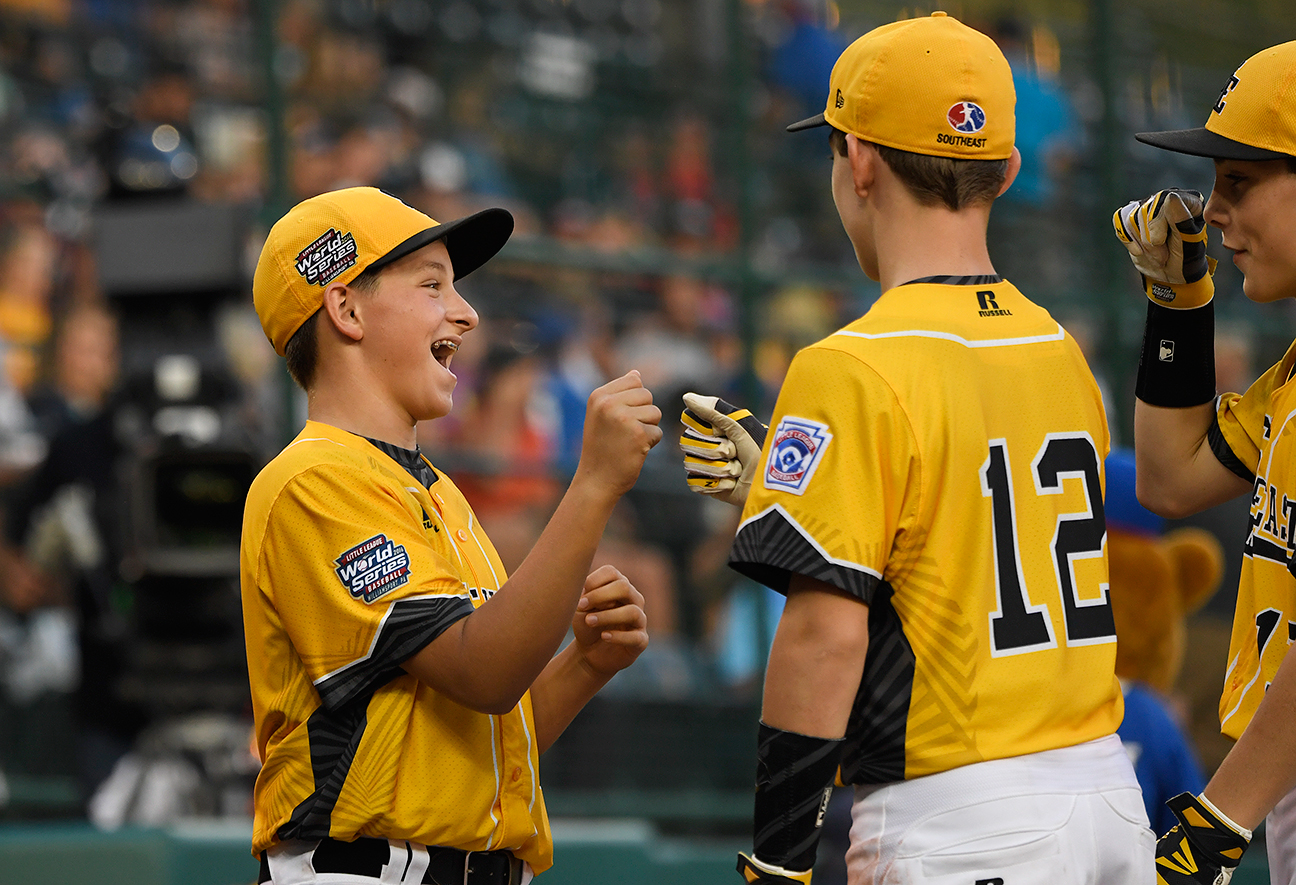 Players like Tennessee's Ethan Jackson, left, found time to have fun on the field too. 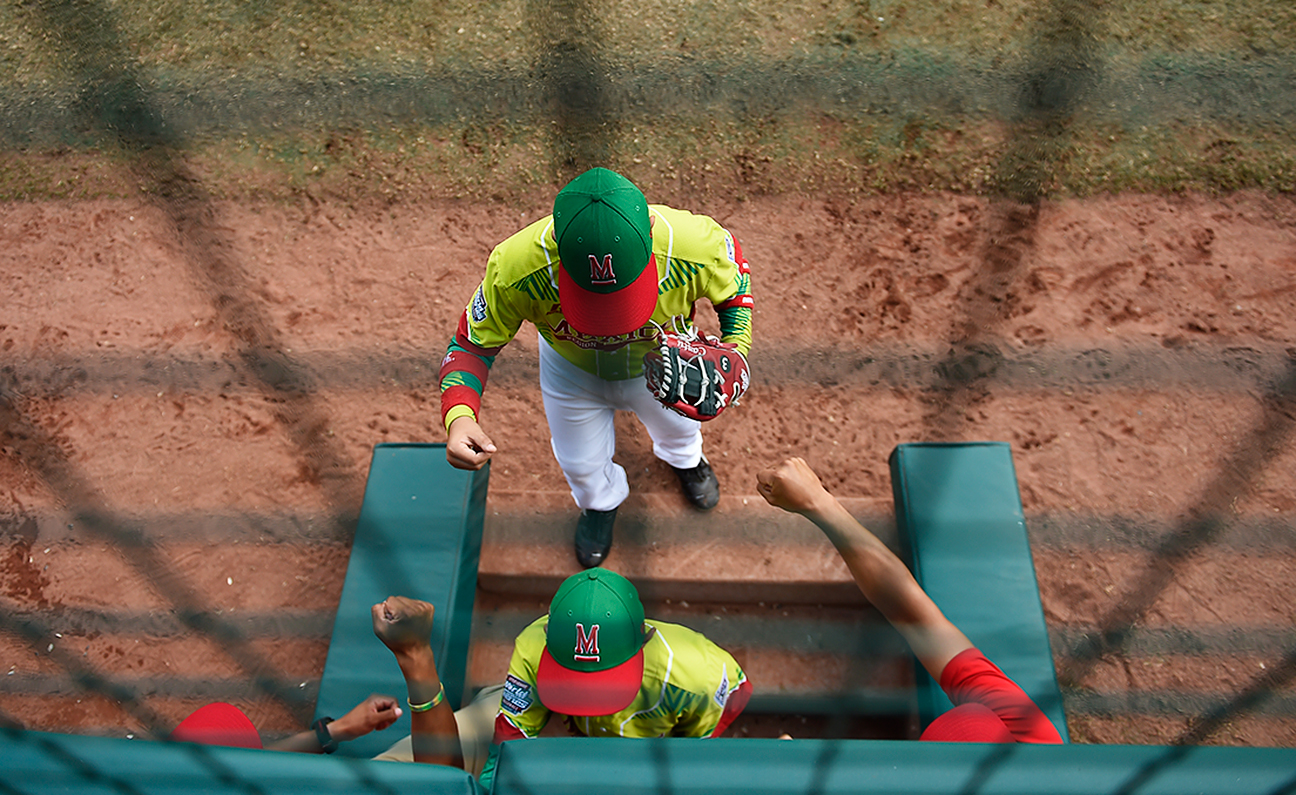 Teammates greeted Mexico's San Nicolas players with fist bumps as they came off the field during their game with South Korea. 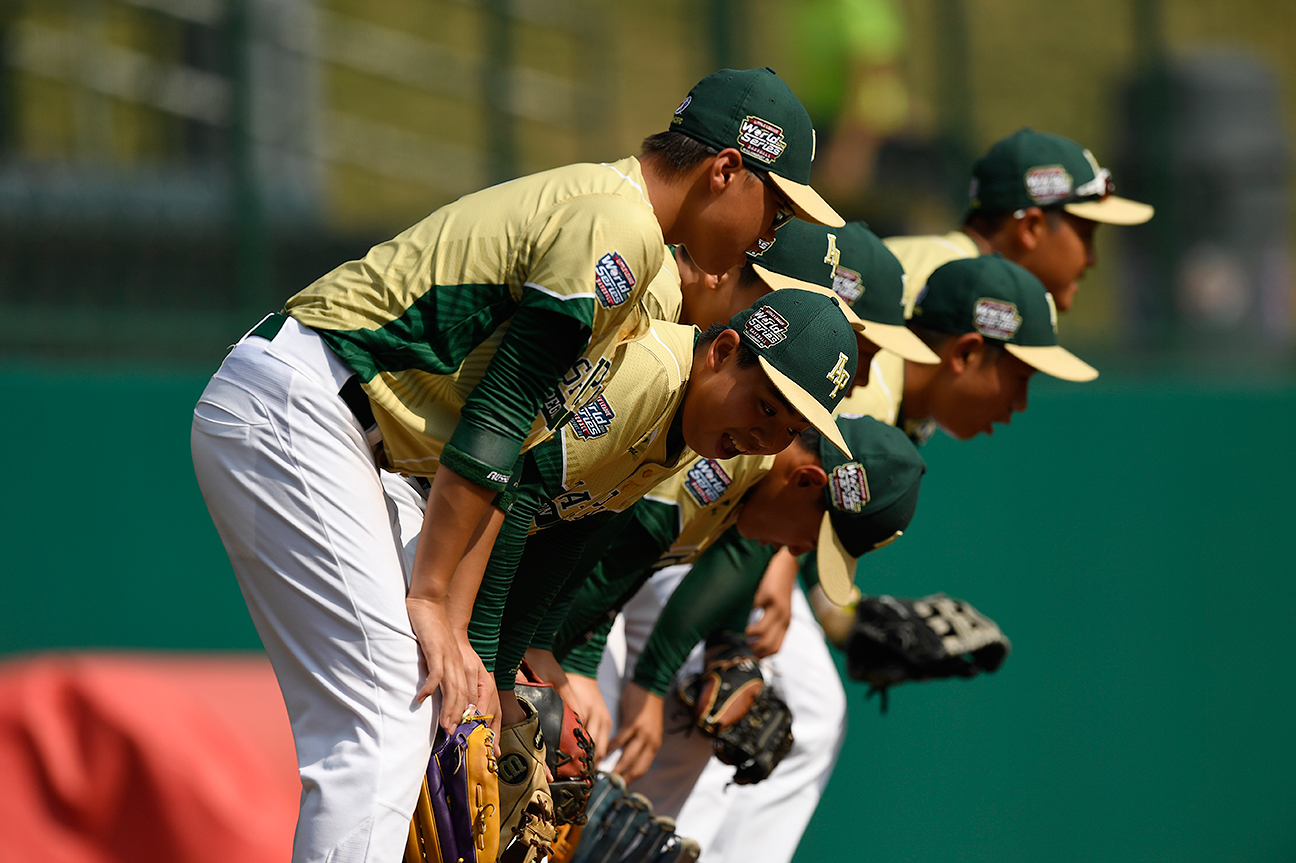 At the beginning and end of each game, South Korea's players lined up along the third base line and bowed to the opposing team and its fans. 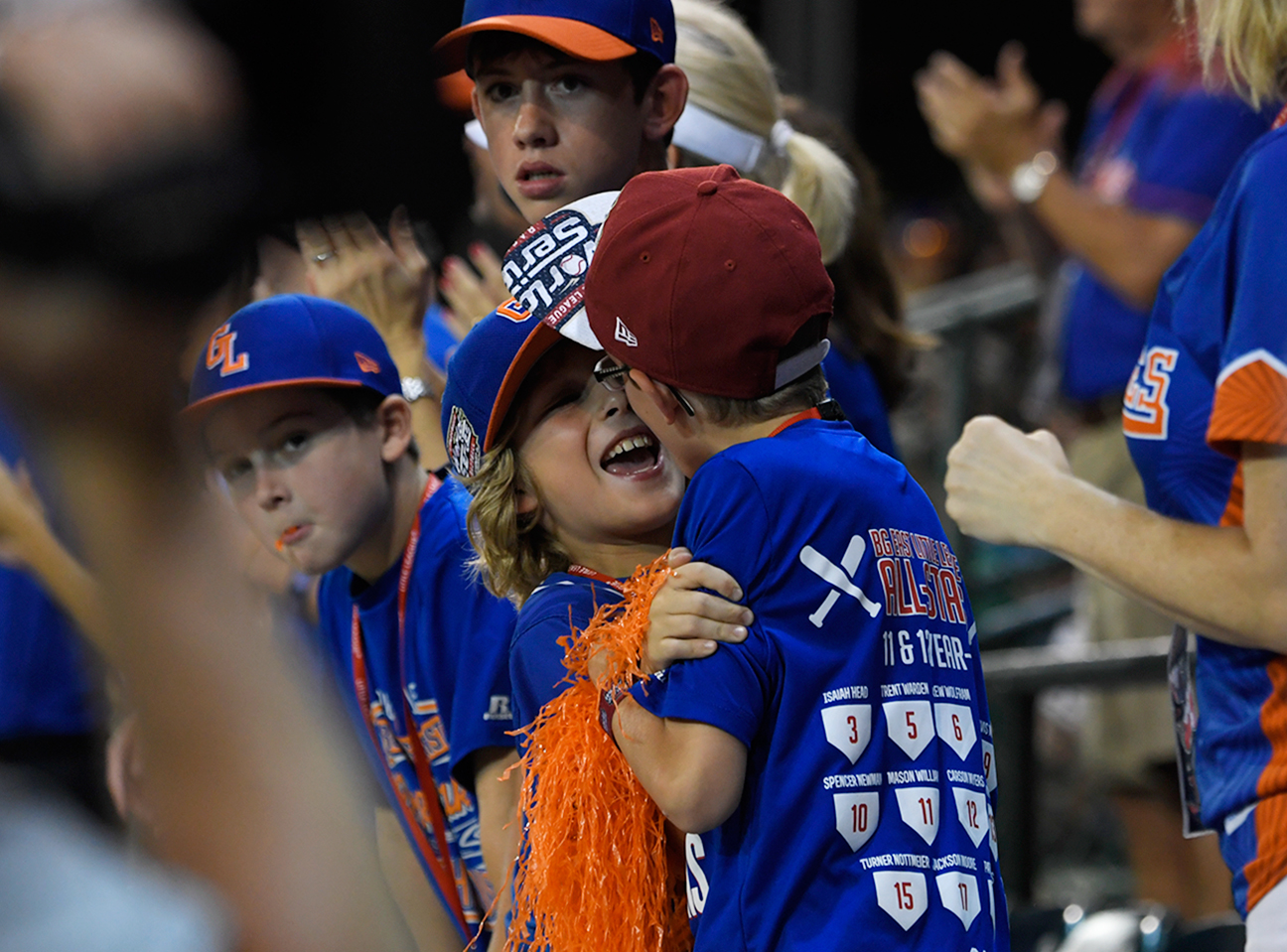 Future LLWS stars? Eight-year-old Hudson Nottmeier, left, and Bryson Moore, 9, came all the way from Bowling Green, Kentucky, to cheer on the Great Lakes team during its game against Goodlettsville, Tennessee. 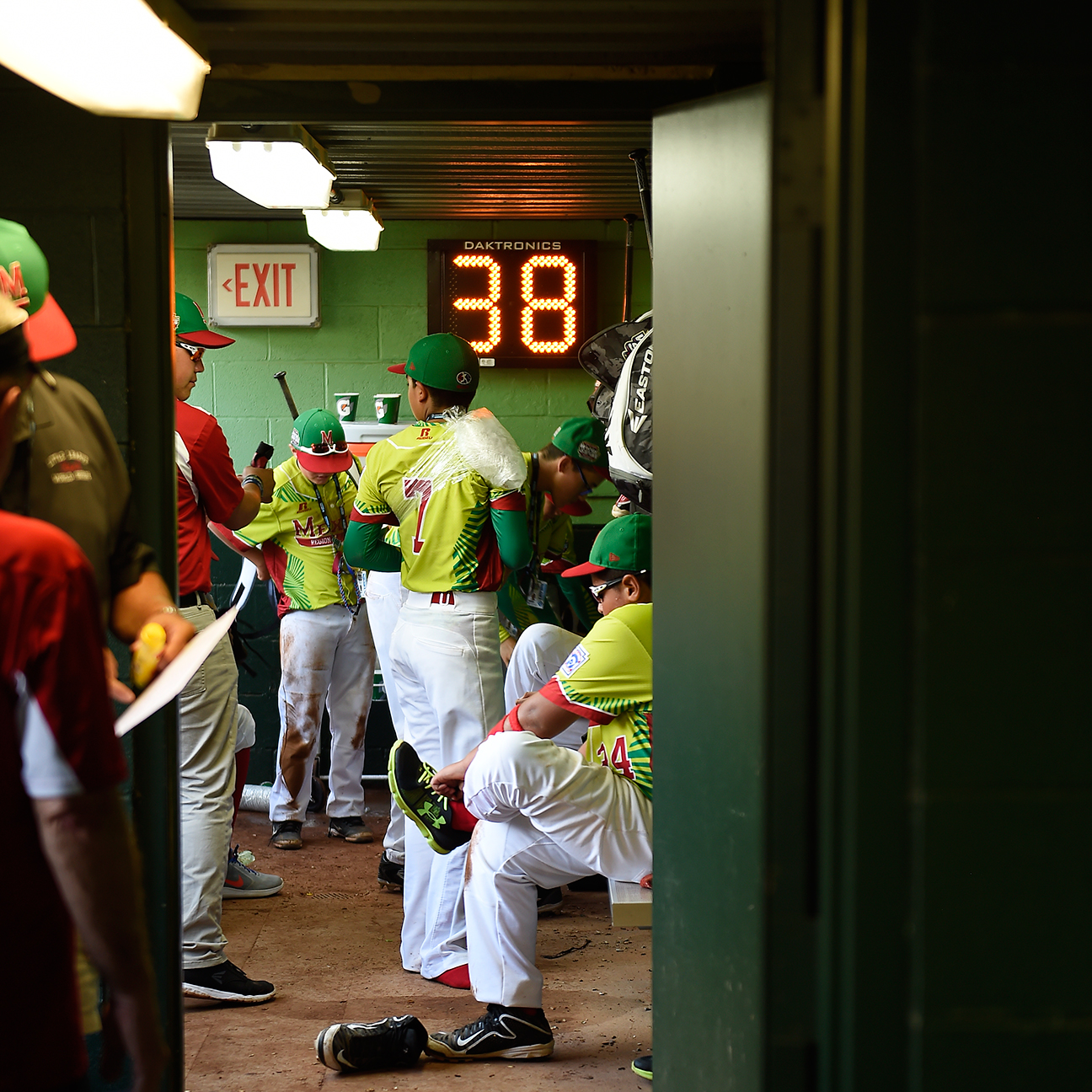 Mexico rebounded from a loss to Panama in its first game to reach the international semi-final, where it lost to South Korea. 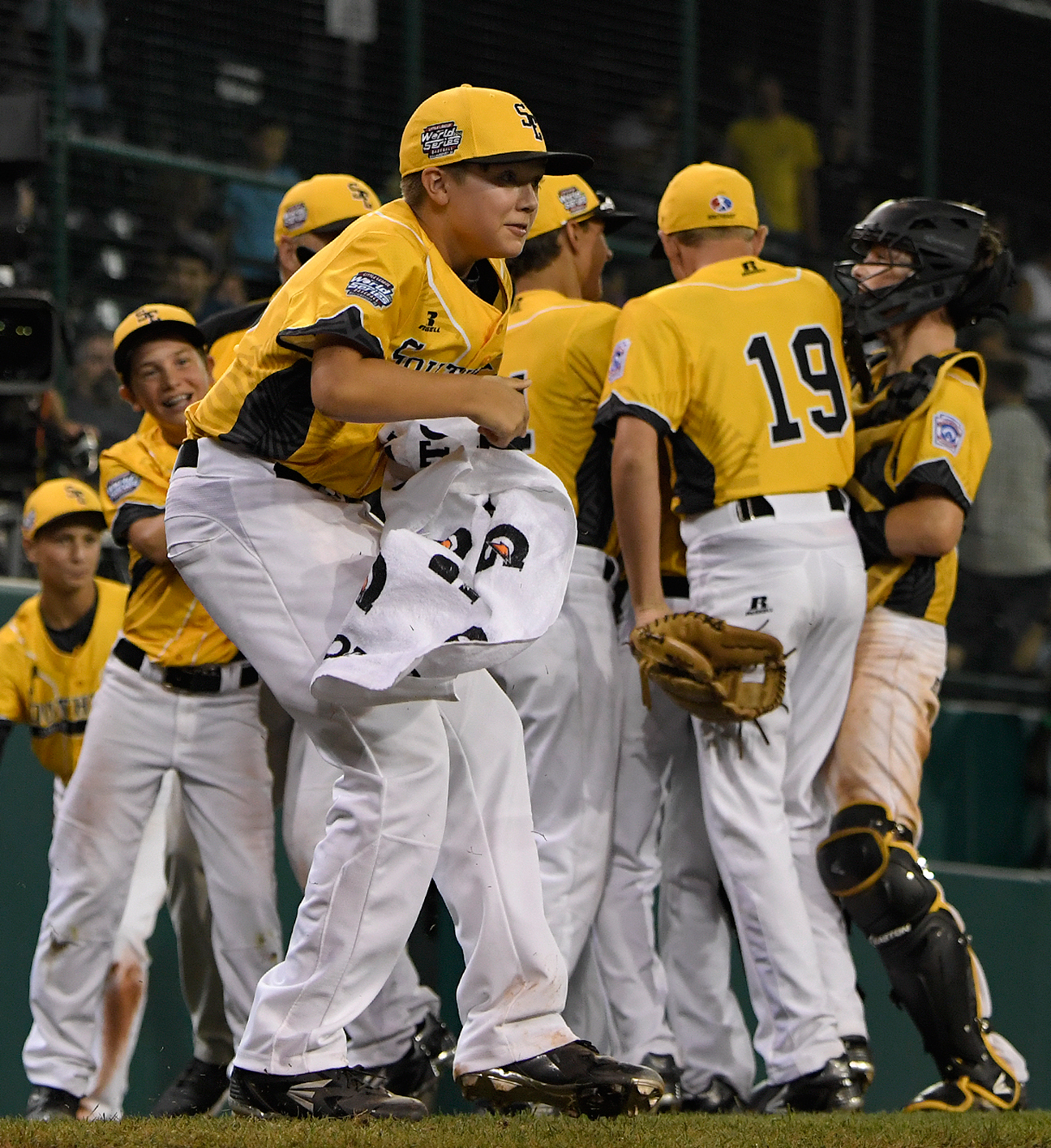 Tennessee's Jon Luke Simmons hurried out to the field after the final out in his team's win over Kentucky -- which sent Goodlettsville to the U.S championship -- to secure the game ball. 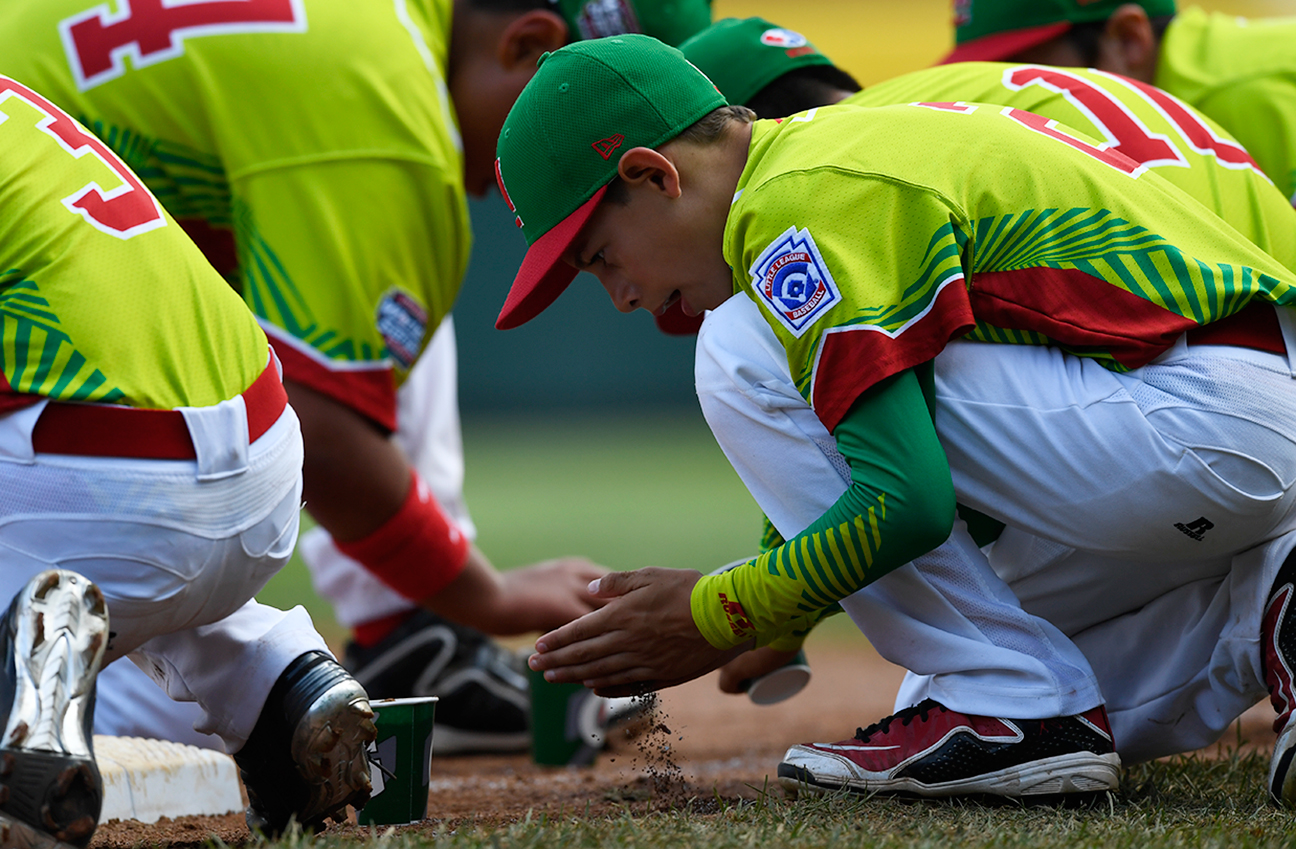 After his team was eliminated by South Korea, Fabian Alejandro Mar and his San Nicolas teammates scooped up dirt from the field to take home as a souvenir. 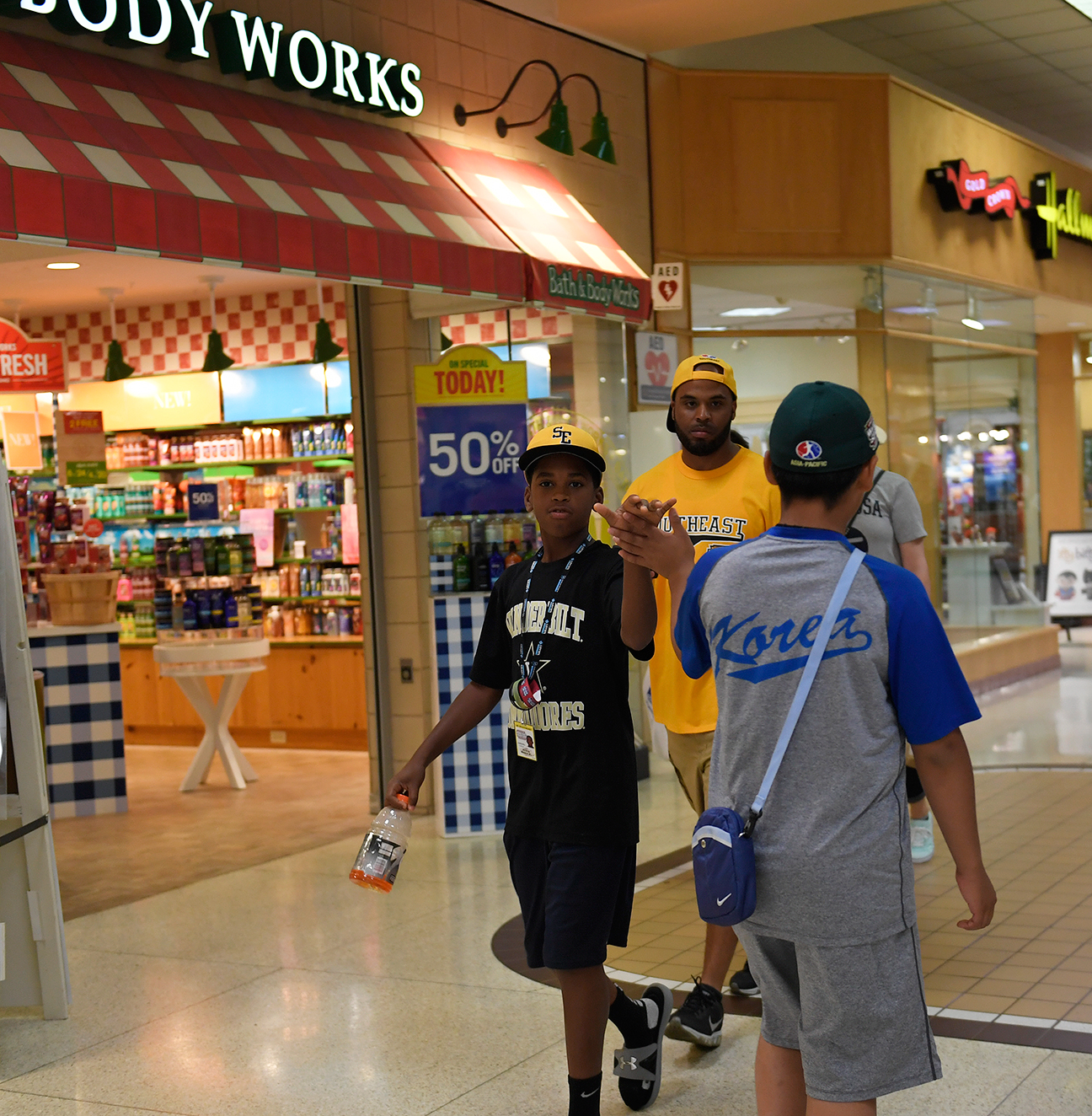 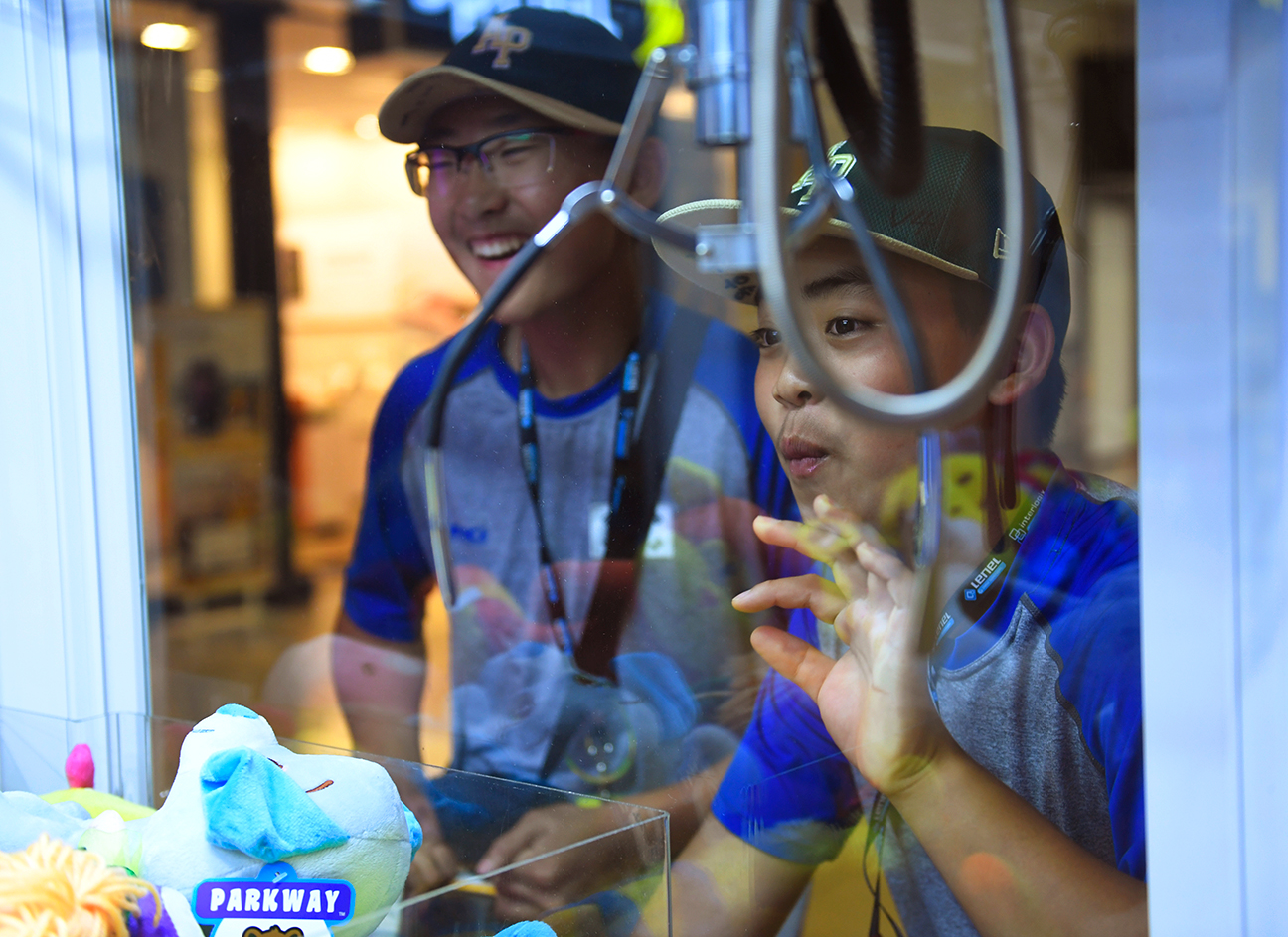 Min Ho Choi and his teammate Juhnyeok Lee, left, fished for prizes in the crane game at the mall. 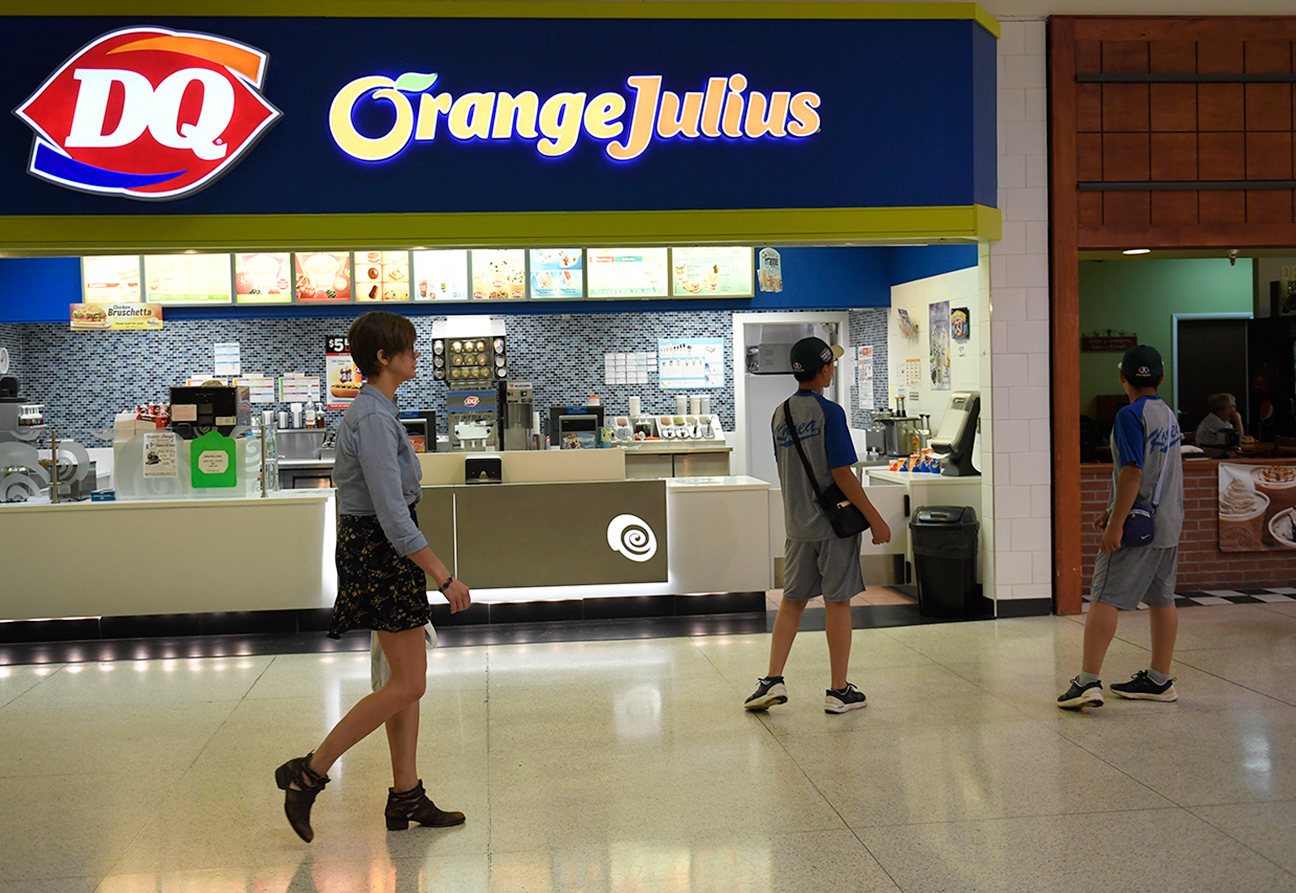 Then they surveyed their snack options in the food court. 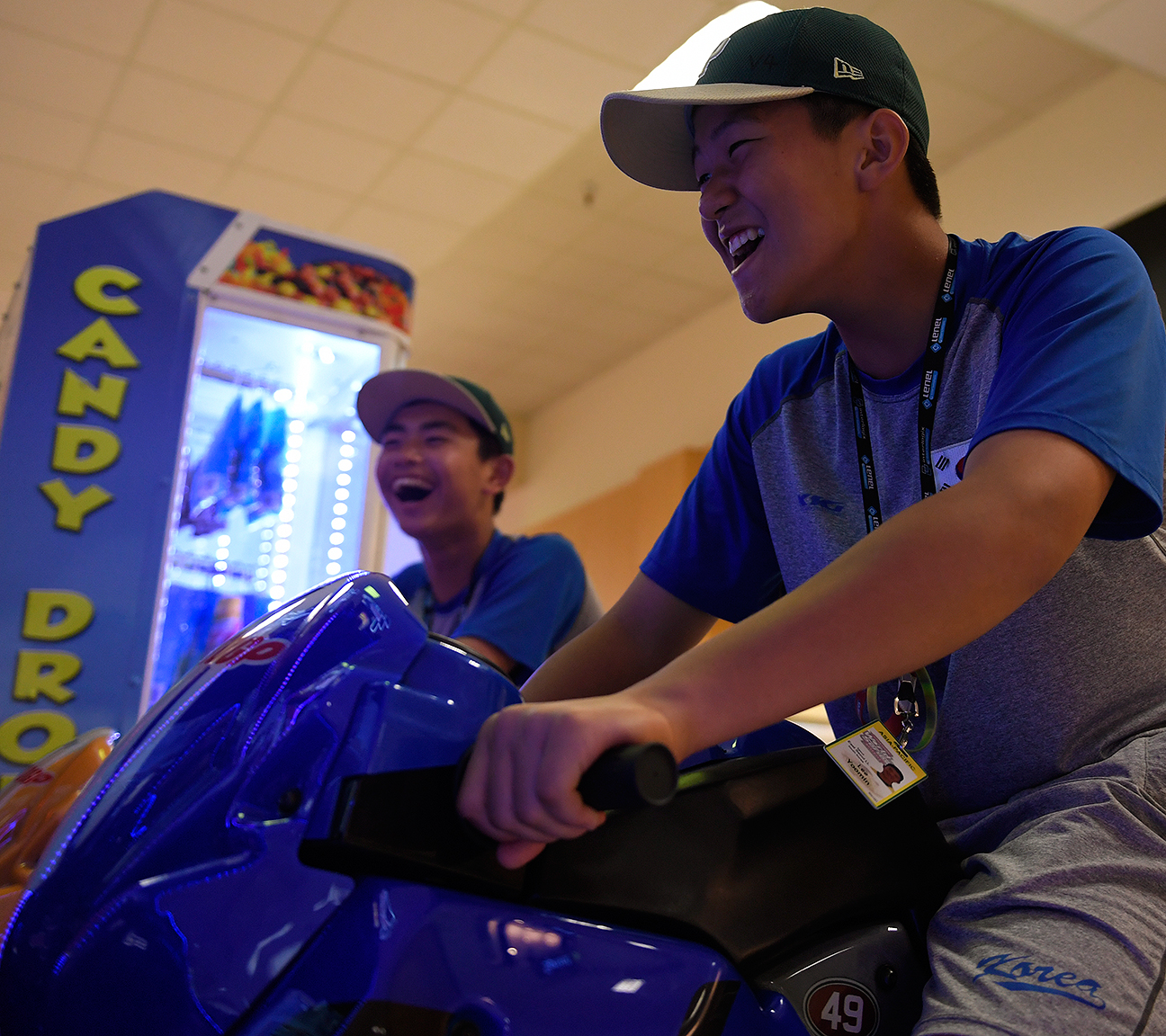 They capped off the trip by playing "MotoGP" in the arcade. 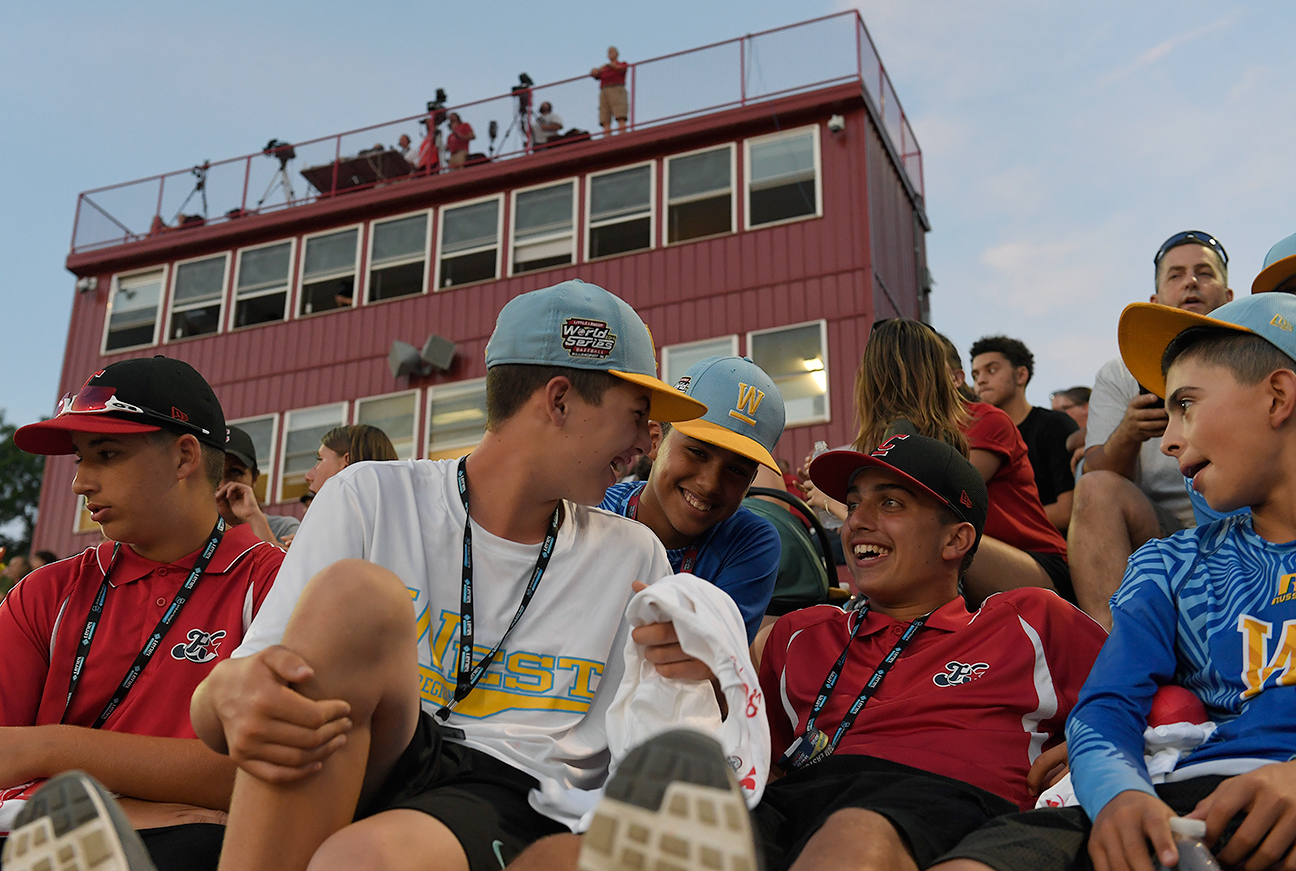 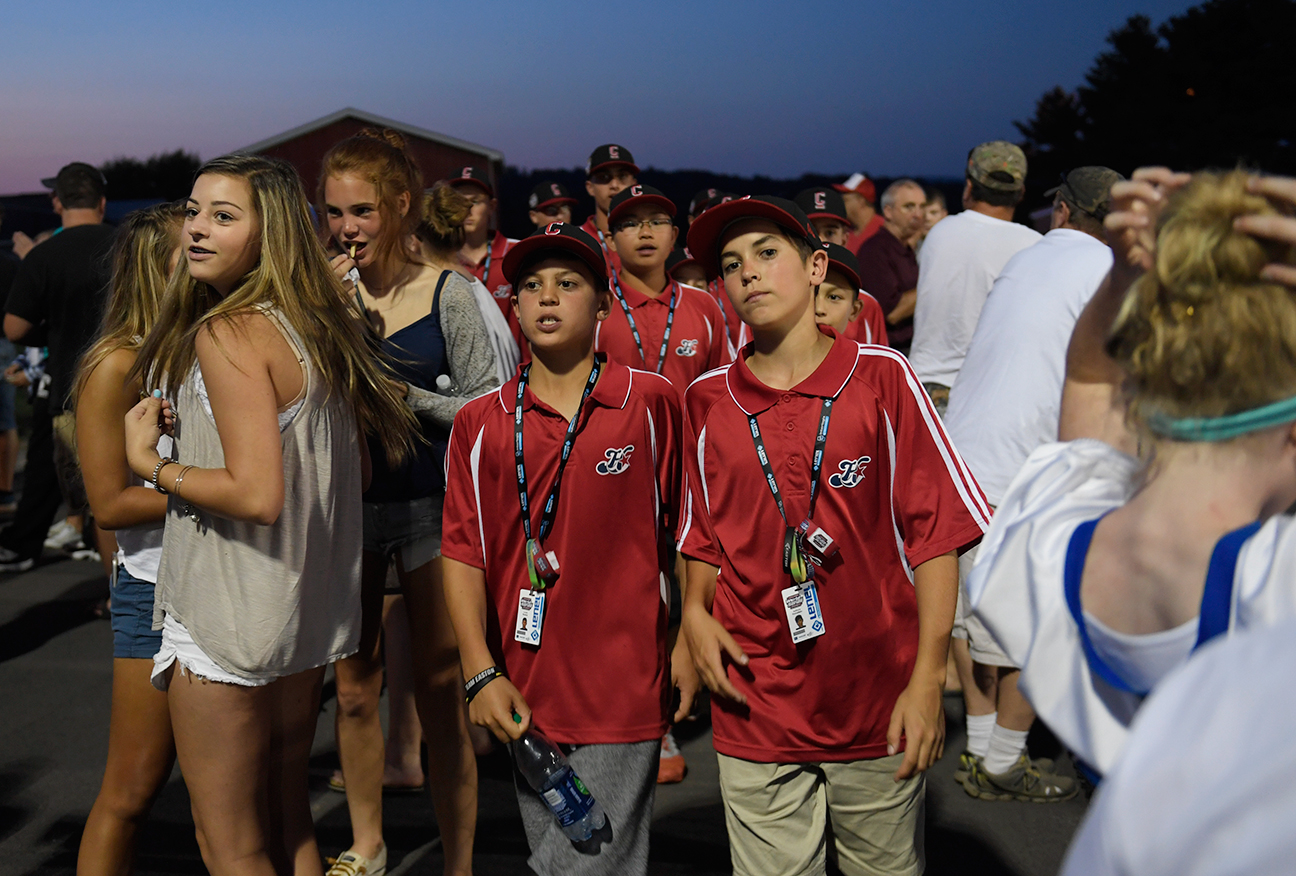 Throughout the week, players were treated like celebrities wherever they went in Williamsport. 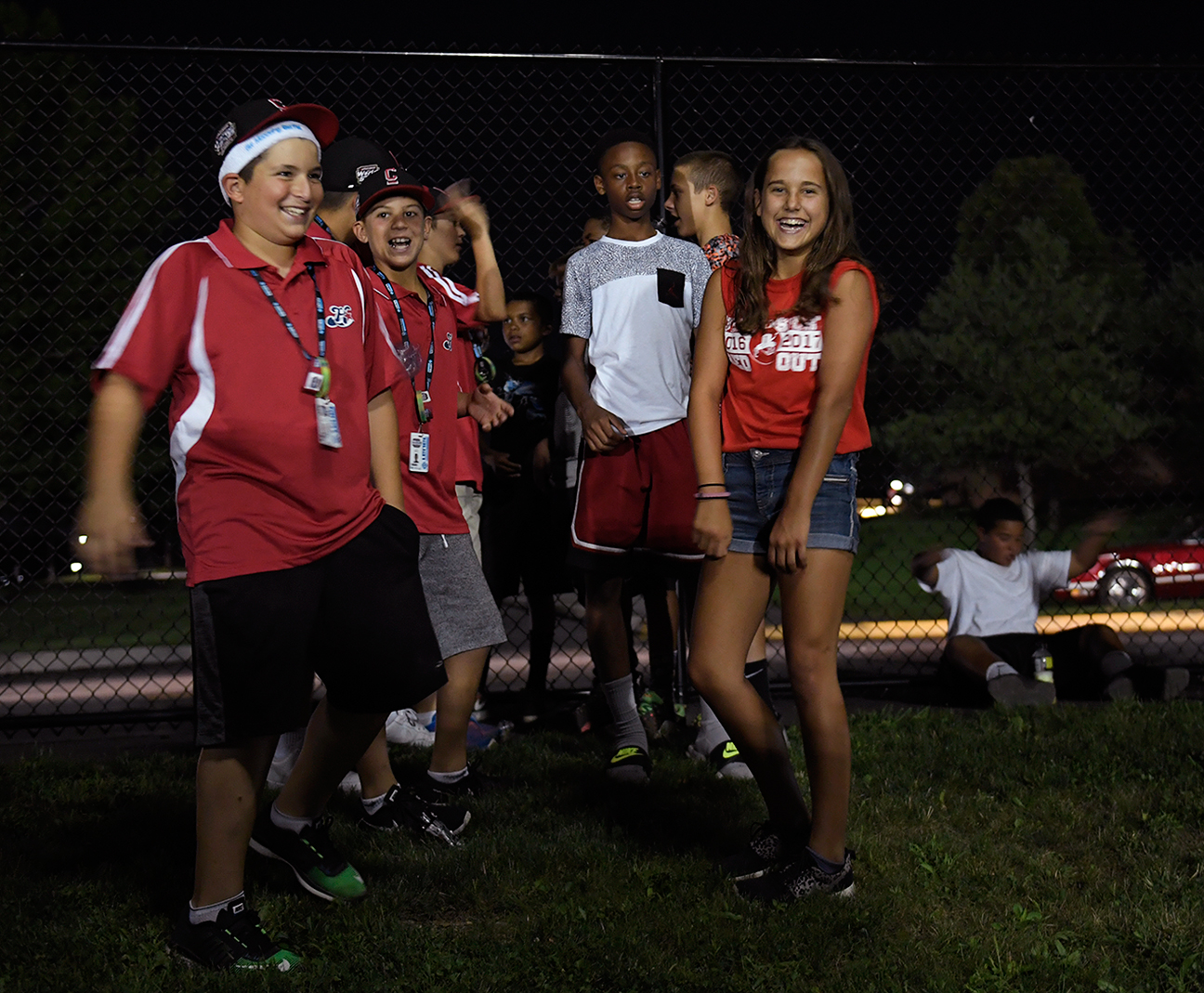 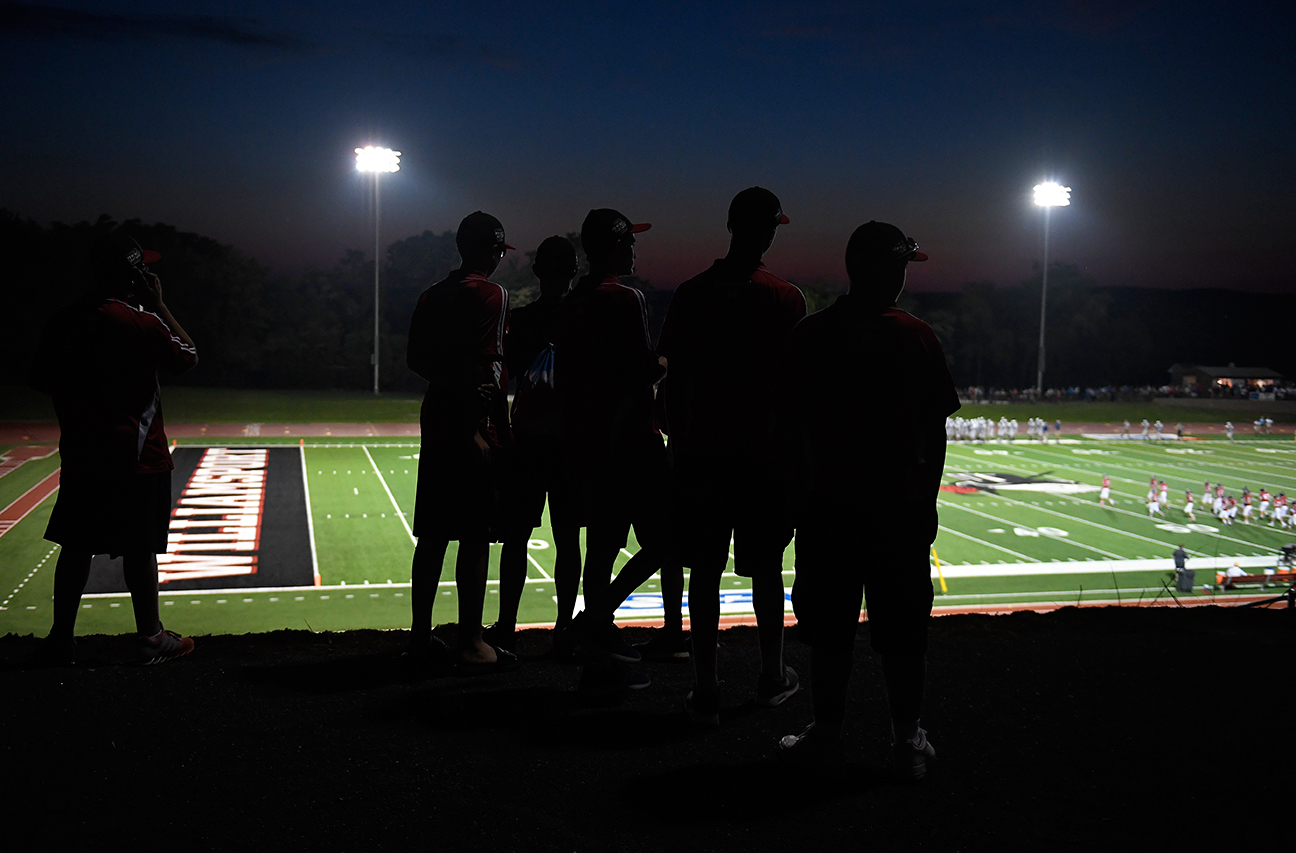 Finally, they paused to reflect on a memorable week.