IO DE JANEIRO -- The conversation starters went like this:

There is a belief that South America is a disease-riddled land rife with desperate thieves and back-alley thugs. It's a land where toxic waters churn the stomach and intestines. A continent where civilization ends and the lawless jungles begin.

These beliefs are, of course, an exaggeration of the reality. This America is a beautiful mix of the old and the new, the cultural and the corporate. It is a continent still forging a modern identity while maintaining all the things that make it authentic. It is the America to the south -- the America hosting its first-ever Olympic games.

This journey, in preparation for Rio 2016, was a 6,500-mile trek across the continent to document life outside of the Olympic purview - a true illustration of the host continent.

The assignment spanned five countries and lasted more than six weeks, traveling from Buenos Aires to Iguazu Falls at the border of Paraguay, Brazil and Argentina. There were wrong turns traveling across rural northern Argentina on dirt roads that were not unlike those of Wyoming or Montana in the American West.

From Argentina, this expedition traveled to the high-altitude Martian landscape of Bolivia, where sleeping happened in unheated buildings made entirely of salt as temperatures outside dipped below freezing. Bolivia led to Peru and the Interoceanic Highway -- one of the continent's true modern marvels. Before its completion in 2011, the journey from Peru into Brazil took upwards of a week on treacherous dirt roads through jungles and over rivers. The highway's completion marked a marriage of the continent as its oceanic coasts were joined.

From the border of Brazil, it was onto seven of its states and multiple cities and towns along the way -- each with its own flavor and shared tranquil way of life. Danger? That wasn't ever a theme on this journey.

This journey was about community. Strong, friendly communities. Doors were opened, stories were shared and sports were played all over a continent for no medals or glory. 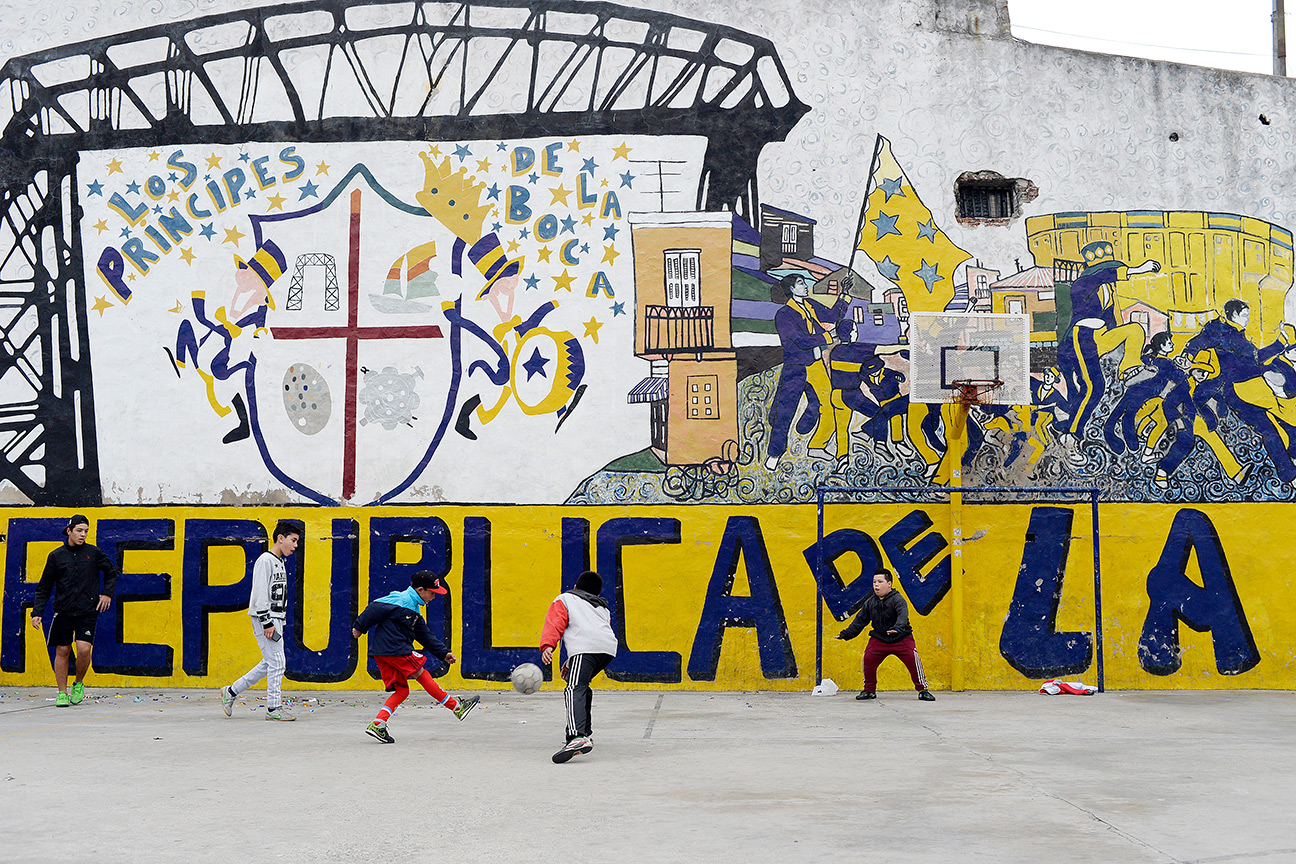 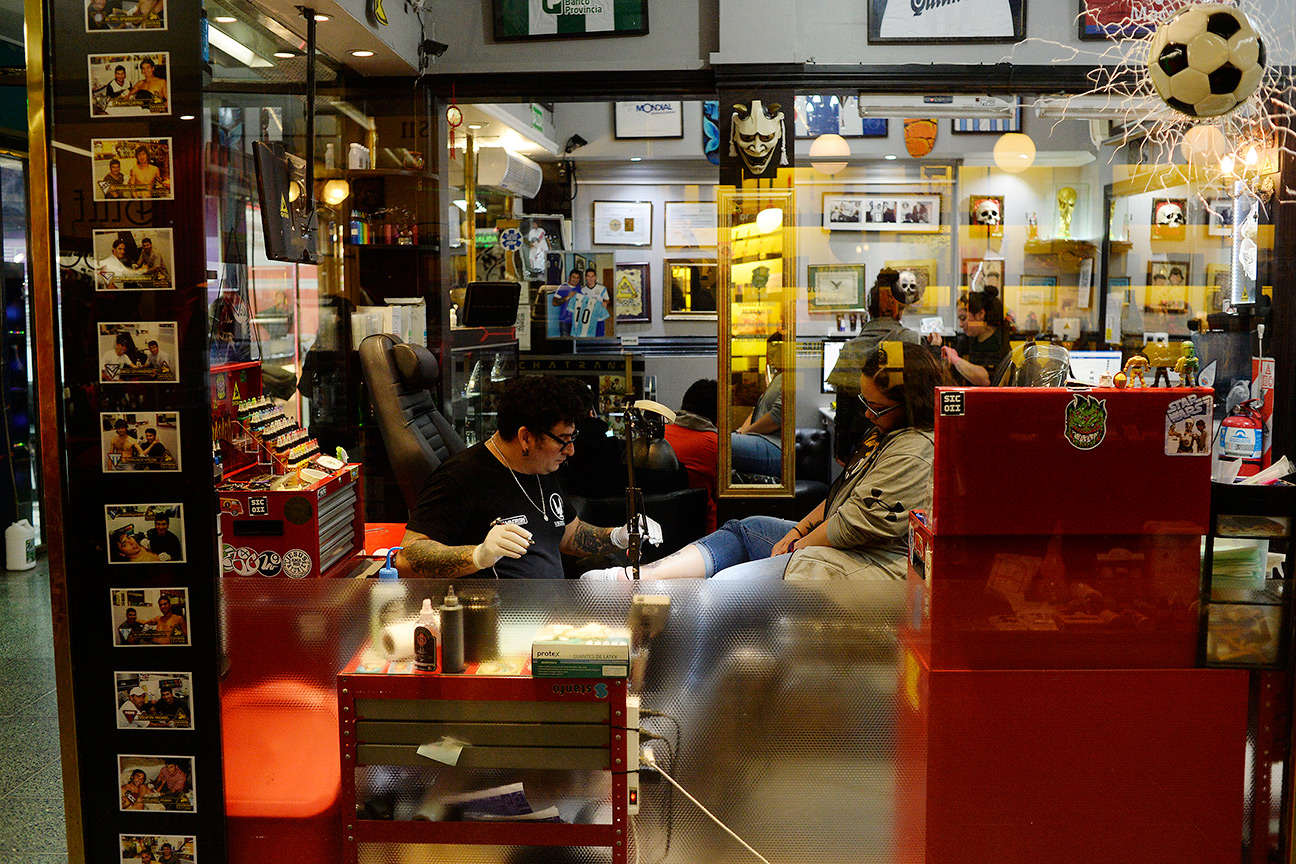 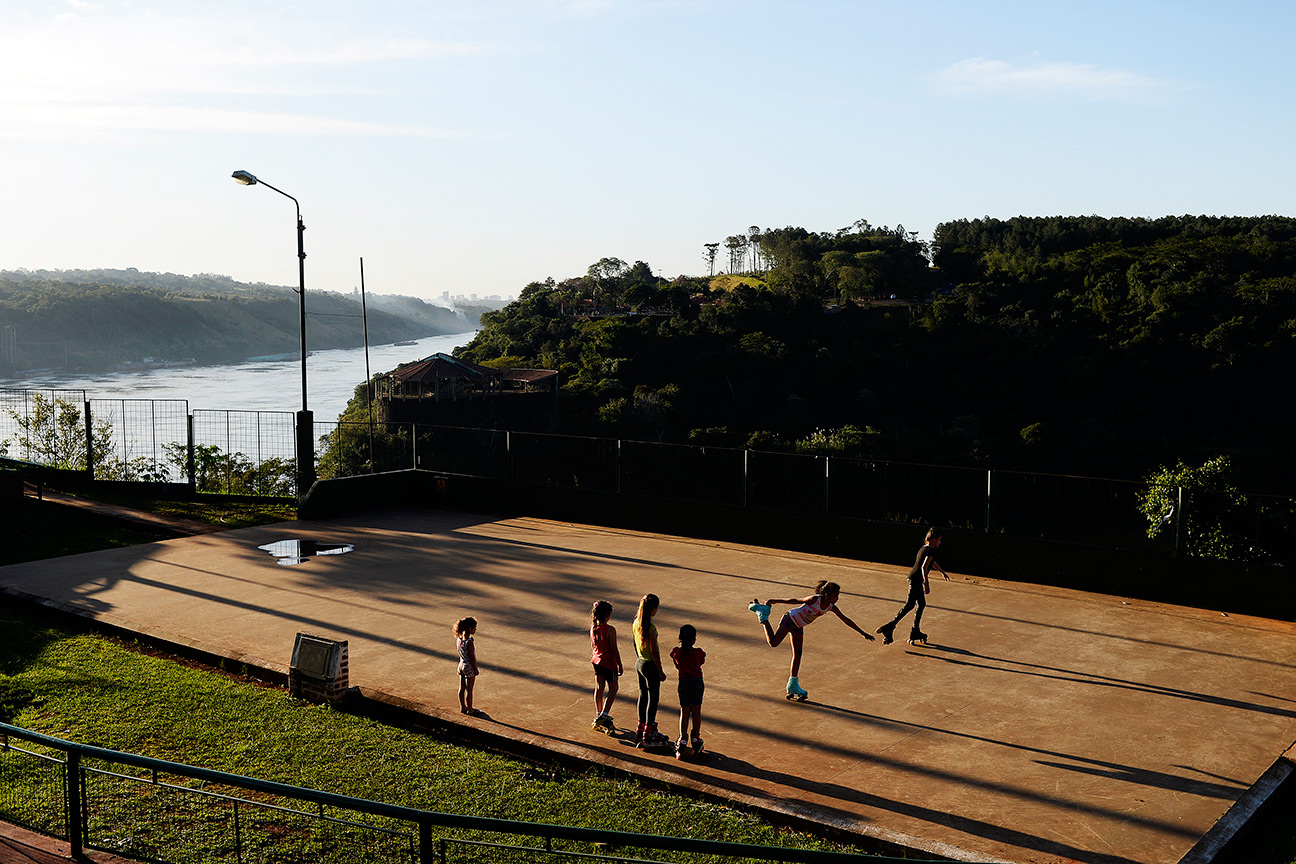 Young girls practice their roller skating on a slab of concrete that lies on the banks of the rivers Parana (left) and Iguazu (right, not seen) in Puerto Iguazu, Argentina. From the vantage point known as Hito Tres Fronteras, the three countries sharing Iguazu Falls can be seen. To the left is Paraguay, to the right is Brazil and underfoot is Argentina. 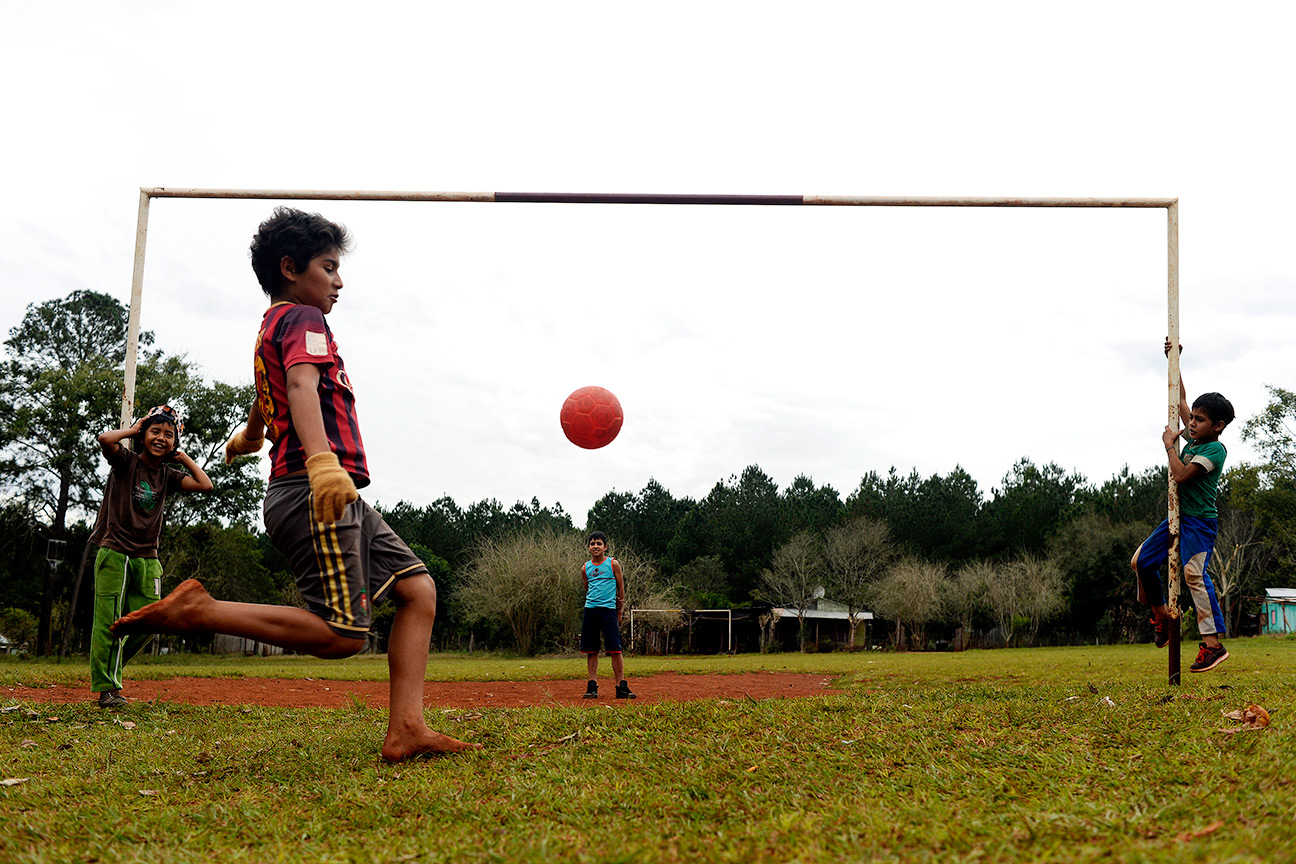 Alfredo tends the goal as he and fellow students at Escuela 800 play soccer on a grass and dirt field during a break from their daily lessons. The school, also known as Piececitos Colorados -- a name referring to the bare feet of the children being stained red by the dirt of the surrounding area -- was founded more than 20 years ago without public funding. Teacher Daniel Vera said all funding has come from his friends from around the world. What started as a tent in an area where kids regularly walk more than 10 kilometers to school is now an education center serving more than 120 students with its own soccer team. When entered in one of its first tournaments, the team was trounced in its first game. When asked why, the players said that their new cleats were foreign to them and they preferred their barefoot style of play. Without cleats, they won their next game. 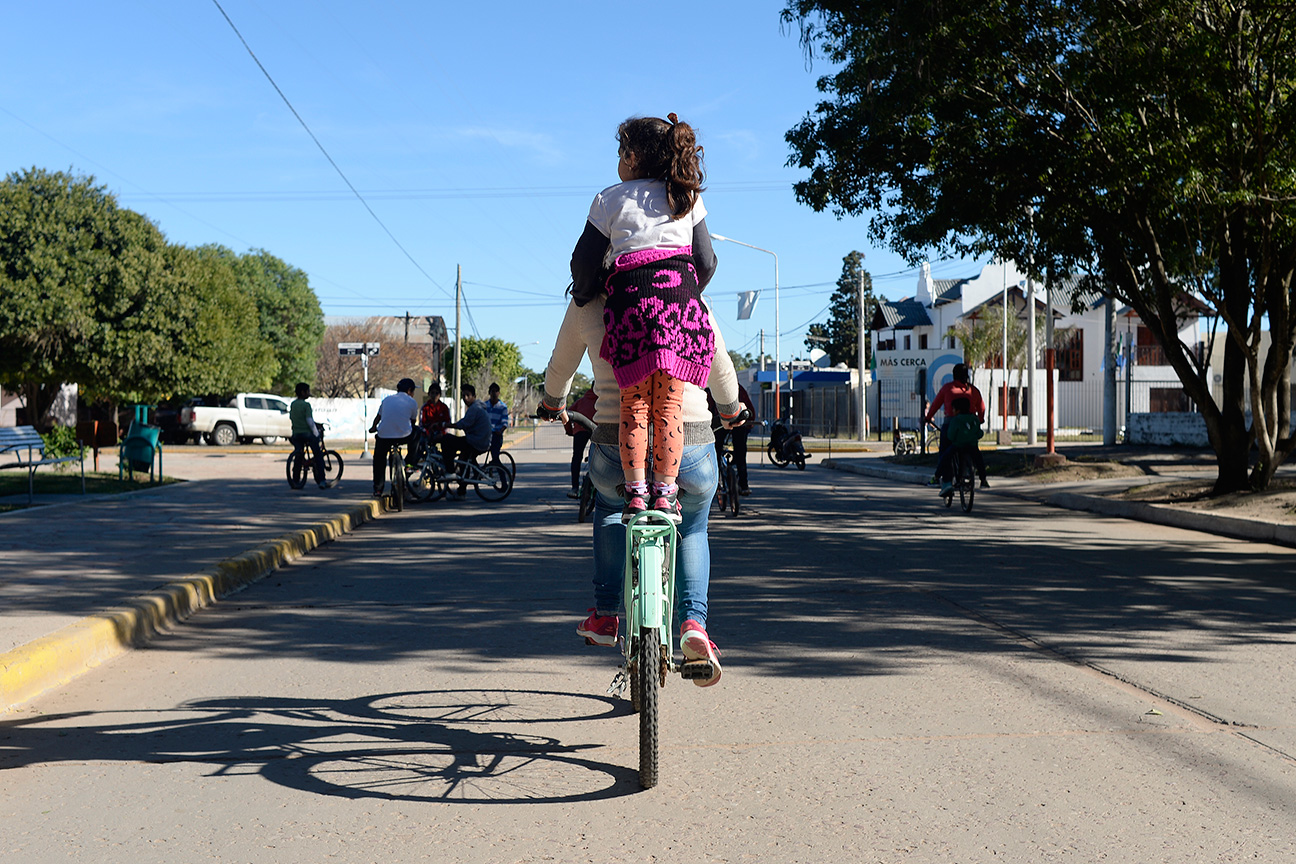 Silvana rides her bicycle as her daughter Candela holds on during a weeklong celebration for the 9th of July -- Argentina's Independence Day. Residents of Camp Largo in rural northern Argentina celebrated the week by arranging community events. Among them was this citywide bike ride that attracted more than 1,000 participants. 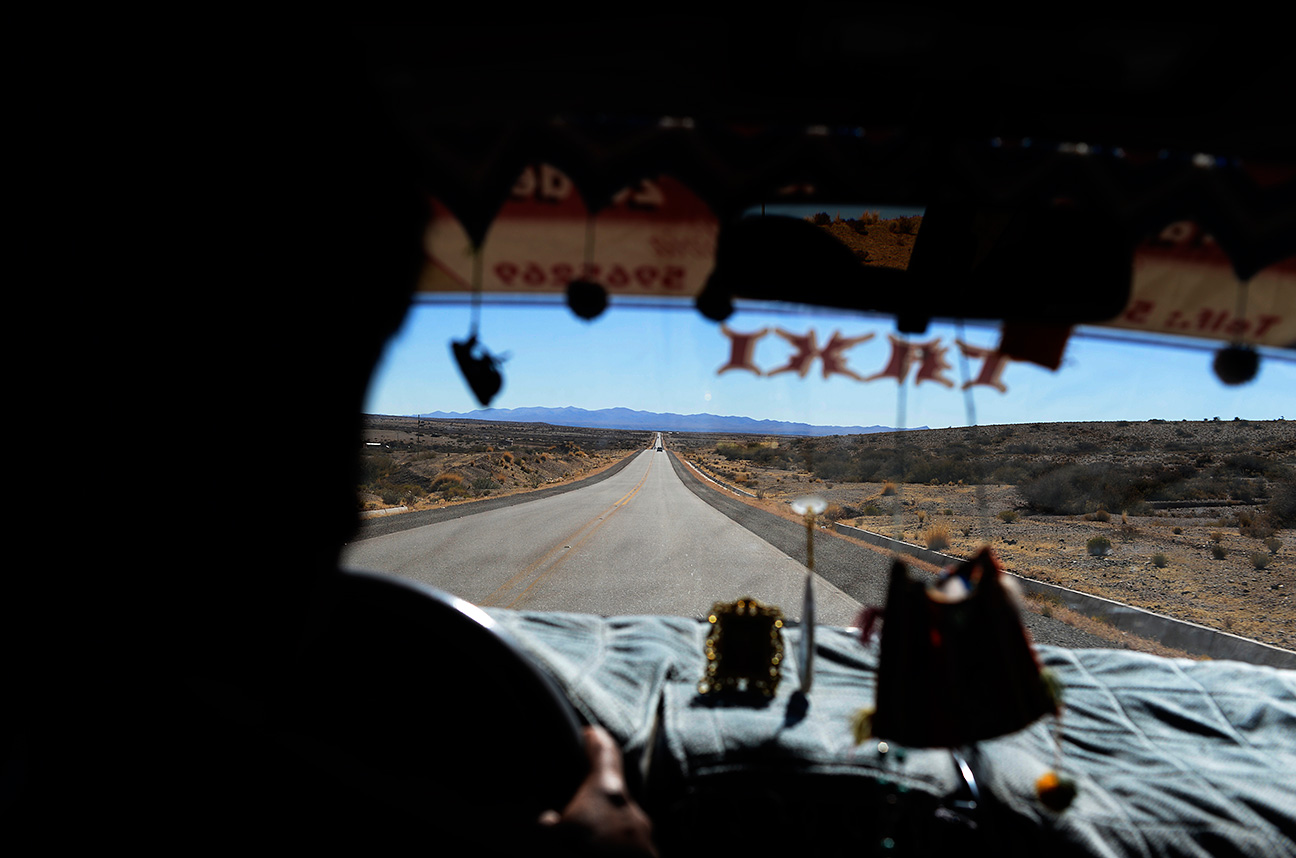 A taxi driver makes the three-hour drive from Villazon on the border of Bolivia and Argentina to Tupiza -- a city that acts as a gateway to the geological wonders of high-altitude Bolivia. 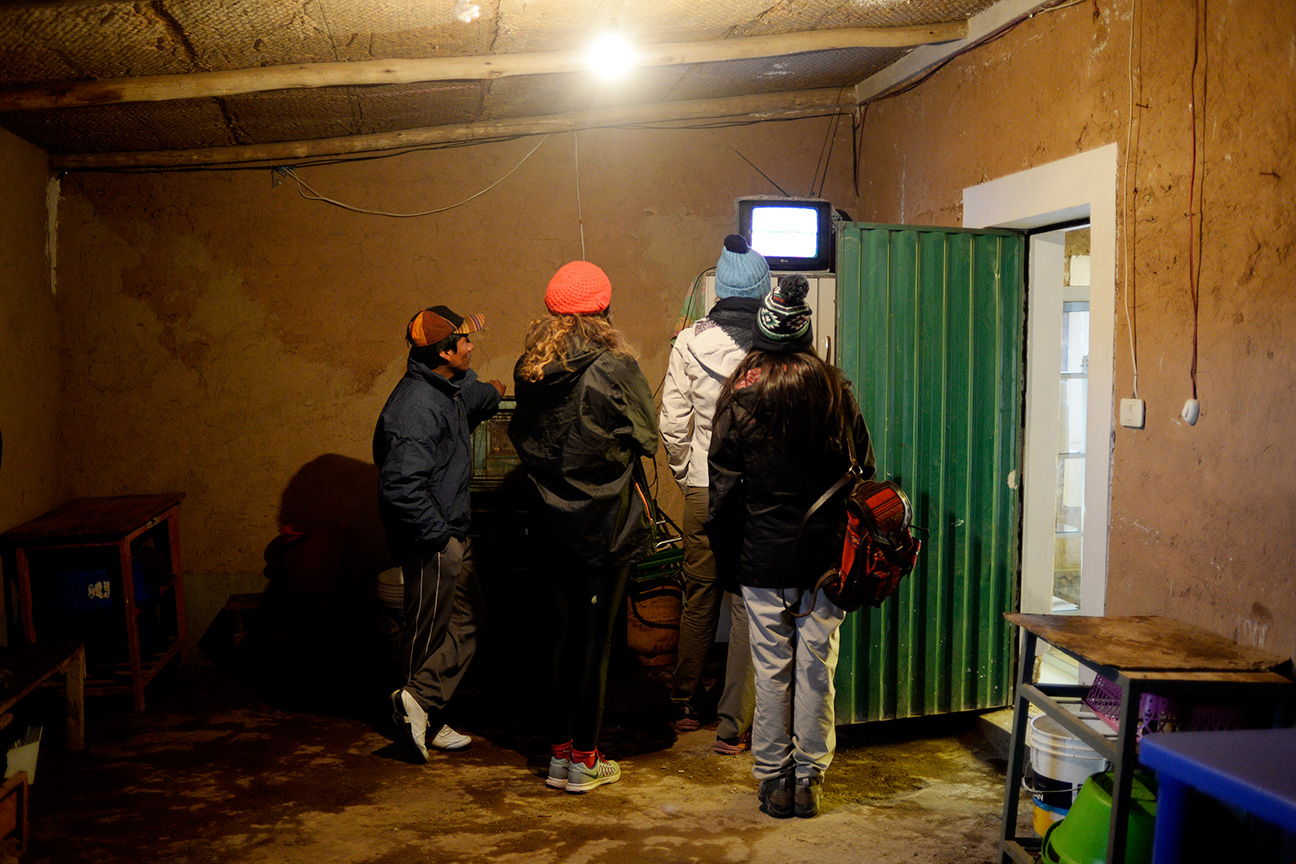 French tourists and their guide watch the European Cup Championships on a small television in rural Bolivia. The television, equipped with rabbit ears, was barely able to pick up the feed of Portugal's 1-0 overtime win over host France. 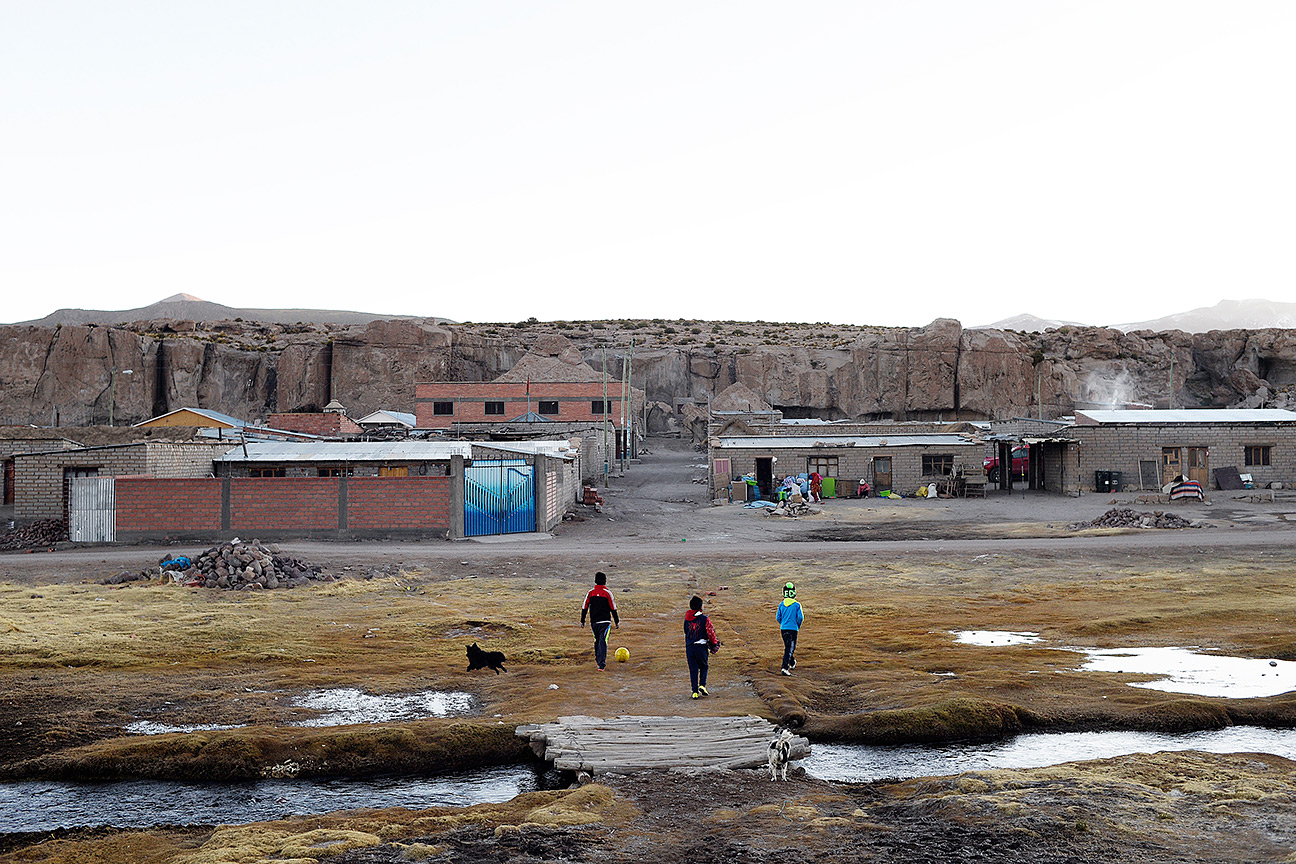 As the sun begins to set, boys in Villamar Mallcu begin to wrap up their game of soccer. The boys of the town play soccer on the concrete slab until sundown, when they return home for chores or more soccer in the dirt lots near their homes. 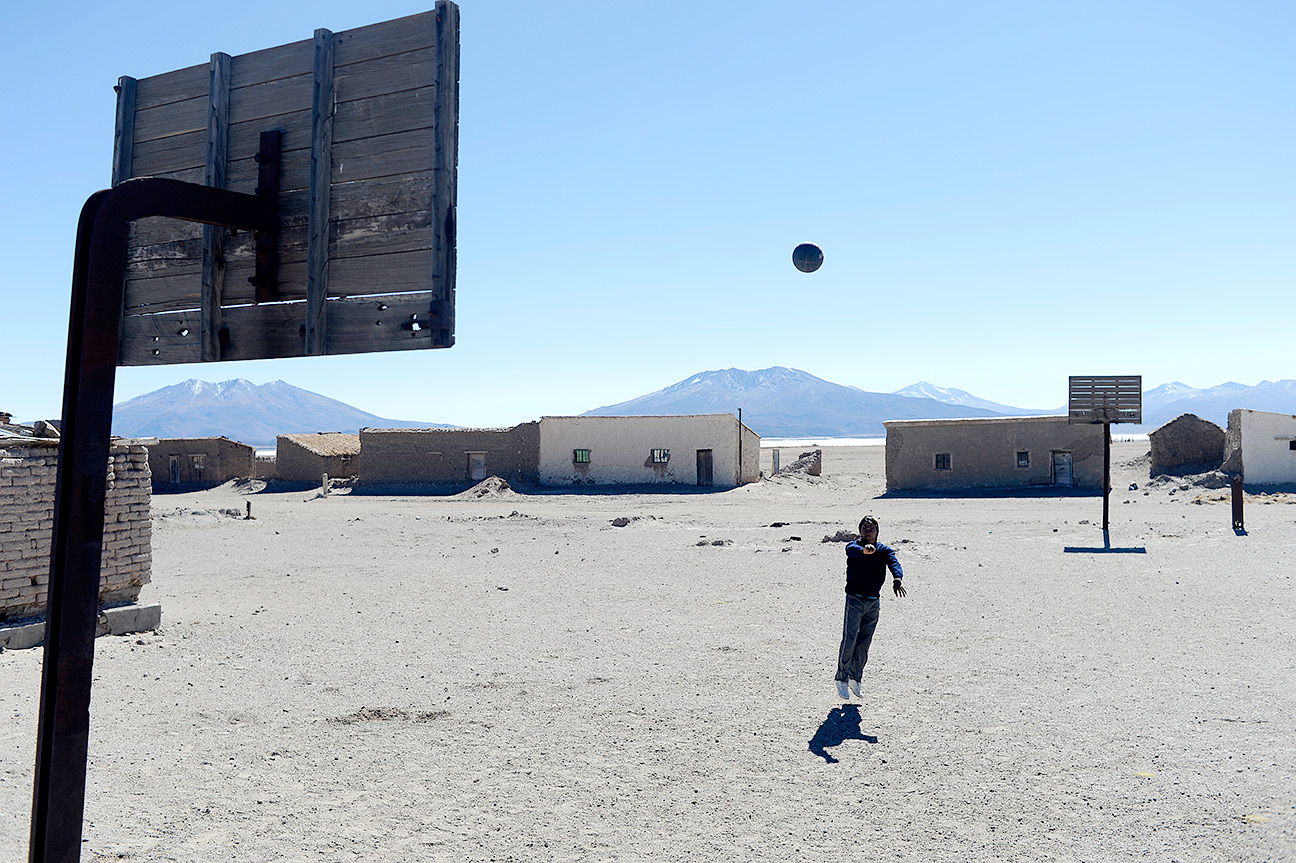 Carlos Huayta, a Bolivian local with a vast knowledge of southwestern Bolivia, jacks up a 3-pointer as he plays basketball on a dirt court in Julaca. The town, which is near the gateway to the Uyuni Salt Flats, boasts little in terms of leisure outside of this court, a small soccer pitch and a playground with swings and a slide. 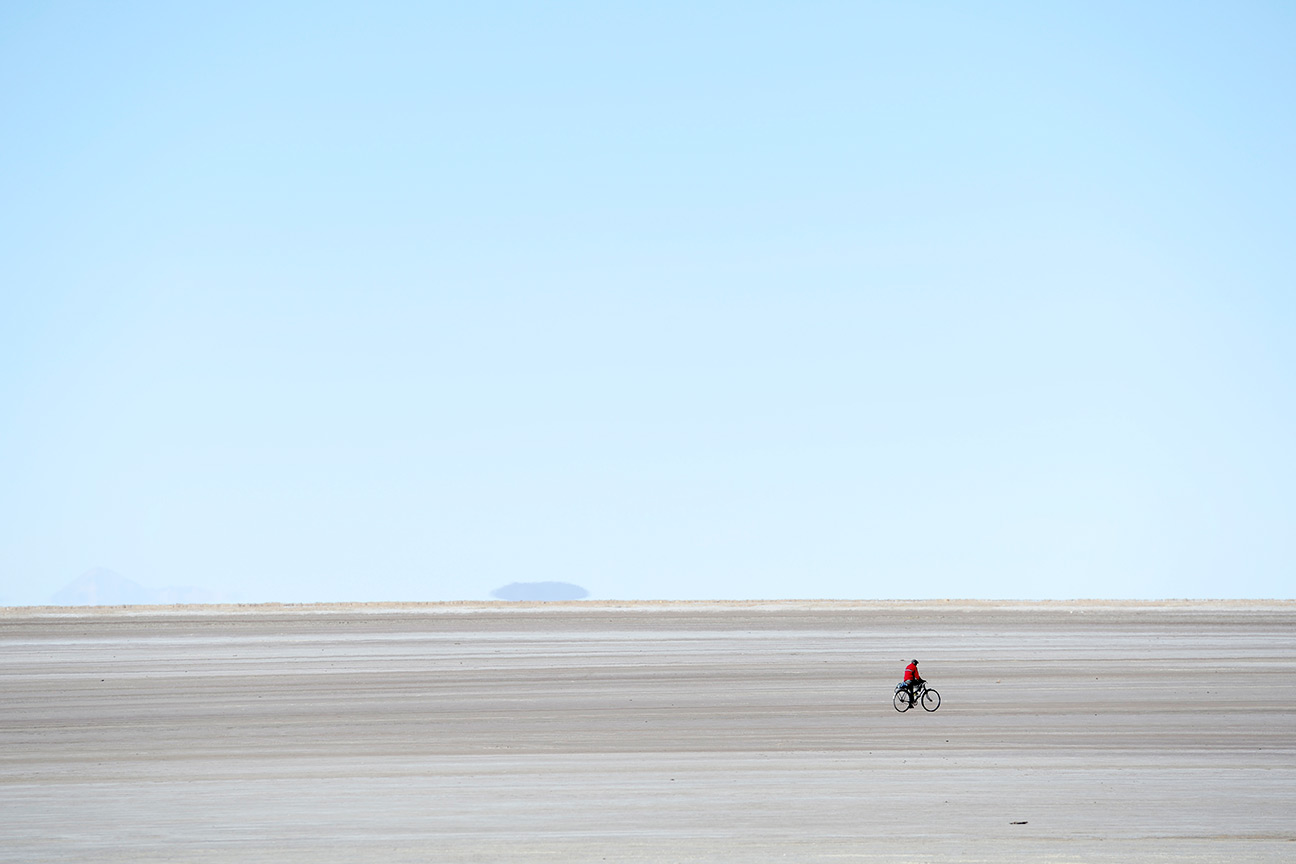 A bicyclist travels across a dirt plain. Though ridden recreationally and for sport in the United States, the bicycle serves as a staple for transportation here. Often, multiple people will mount a single bike. 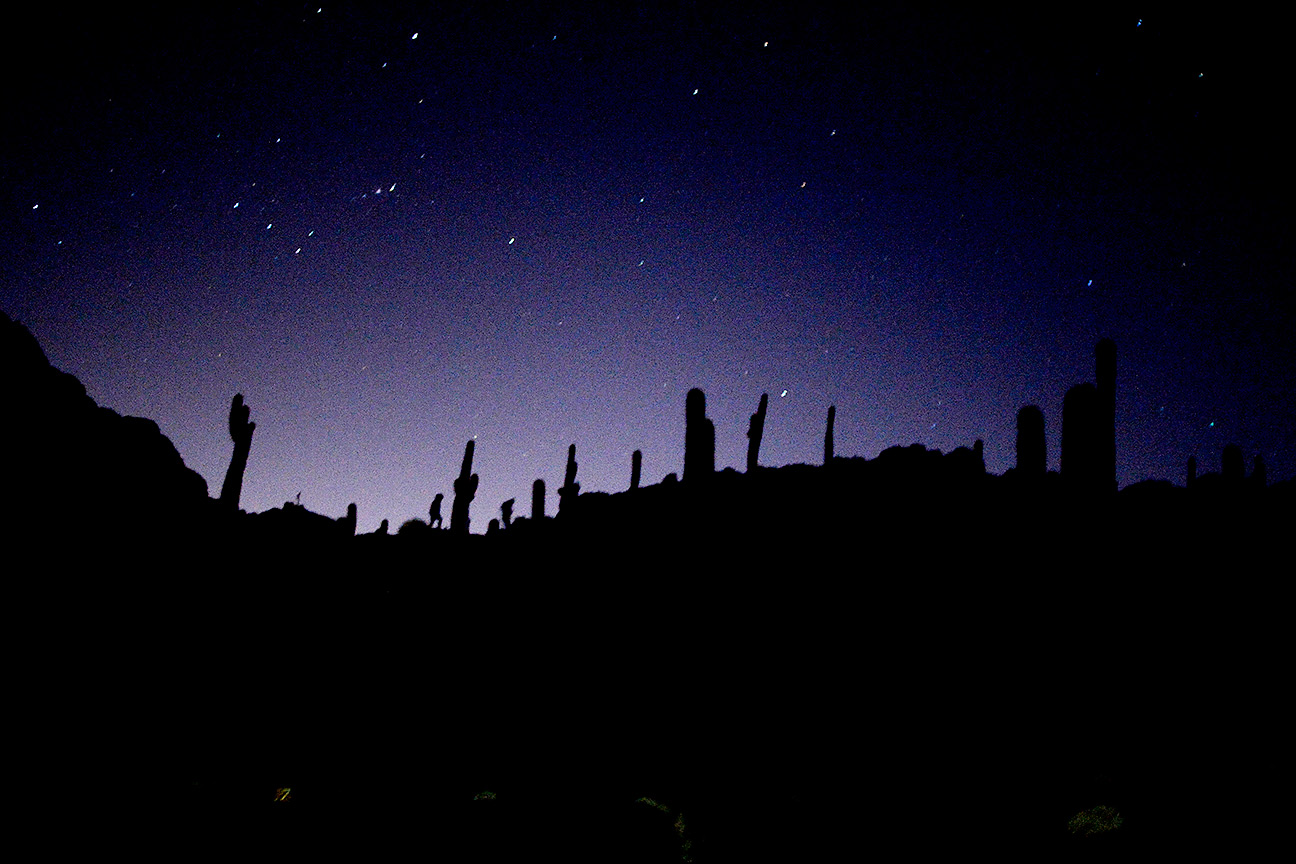 People hike among the cacti during an early morning trek to watch the sunrise over Salar de Uyuni. The salt flat in southwestern Bolivia is the world's largest and sits at an elevation of nearly 12,000 feet. The outcropping cacti are the only signs of life. 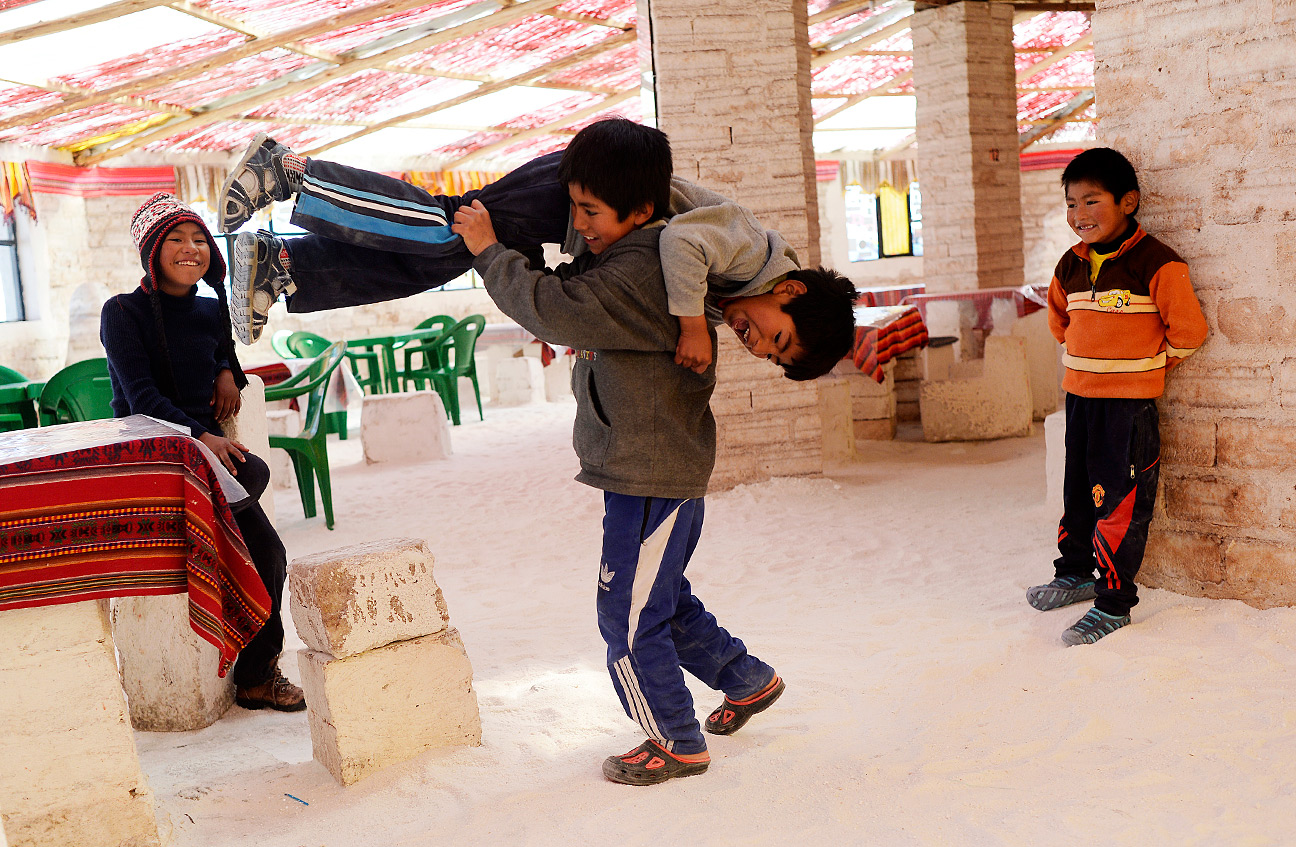 Brothers Freddy (lifting) and Oscar (being lifted) practice their wrestling moves atop a bed of salt in a building made entirely of salt in Salar de Uyuni. 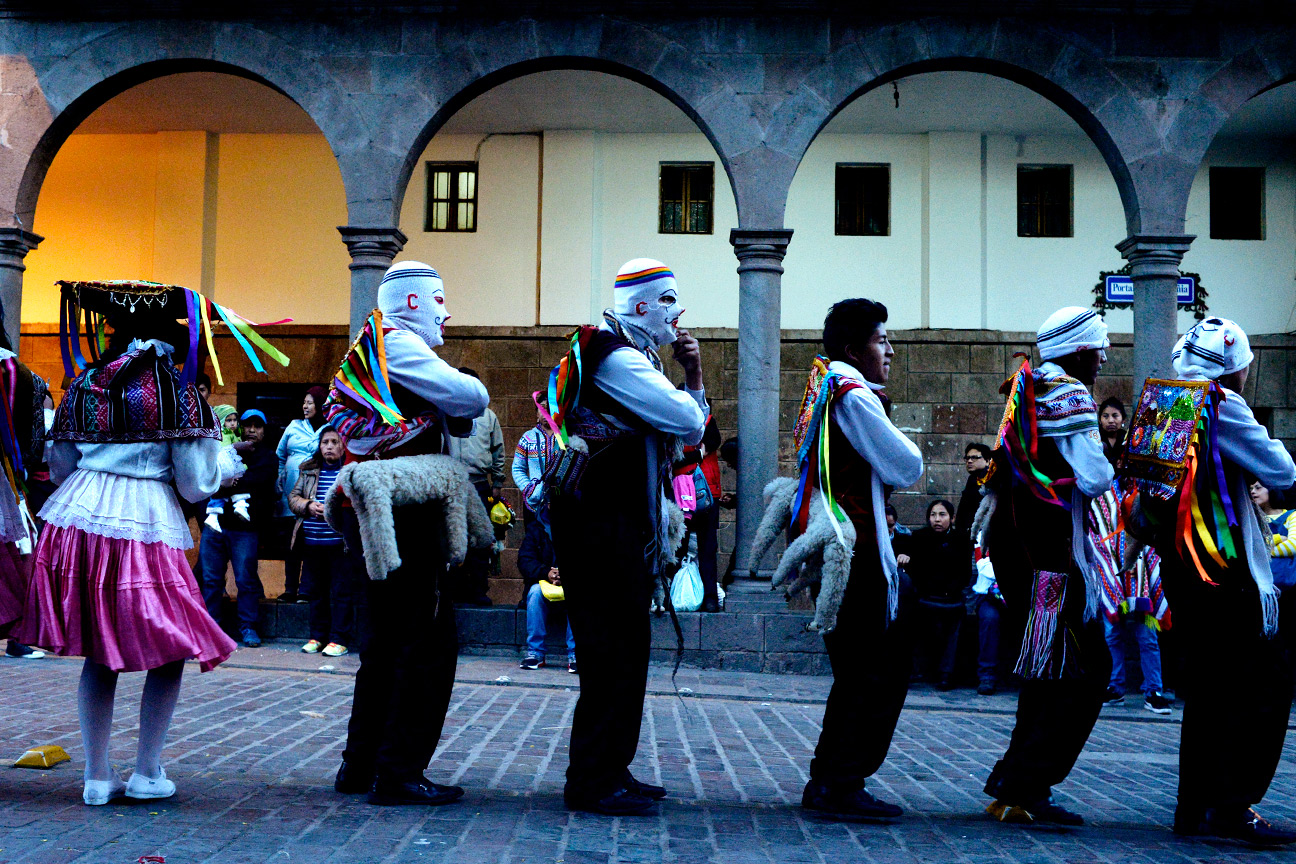 Performers wearing huaccollo masks perform in the streets of Cusco, Peru. The tourist city is a hub for travelers bound for the ancient ruins of Machu Picchu. 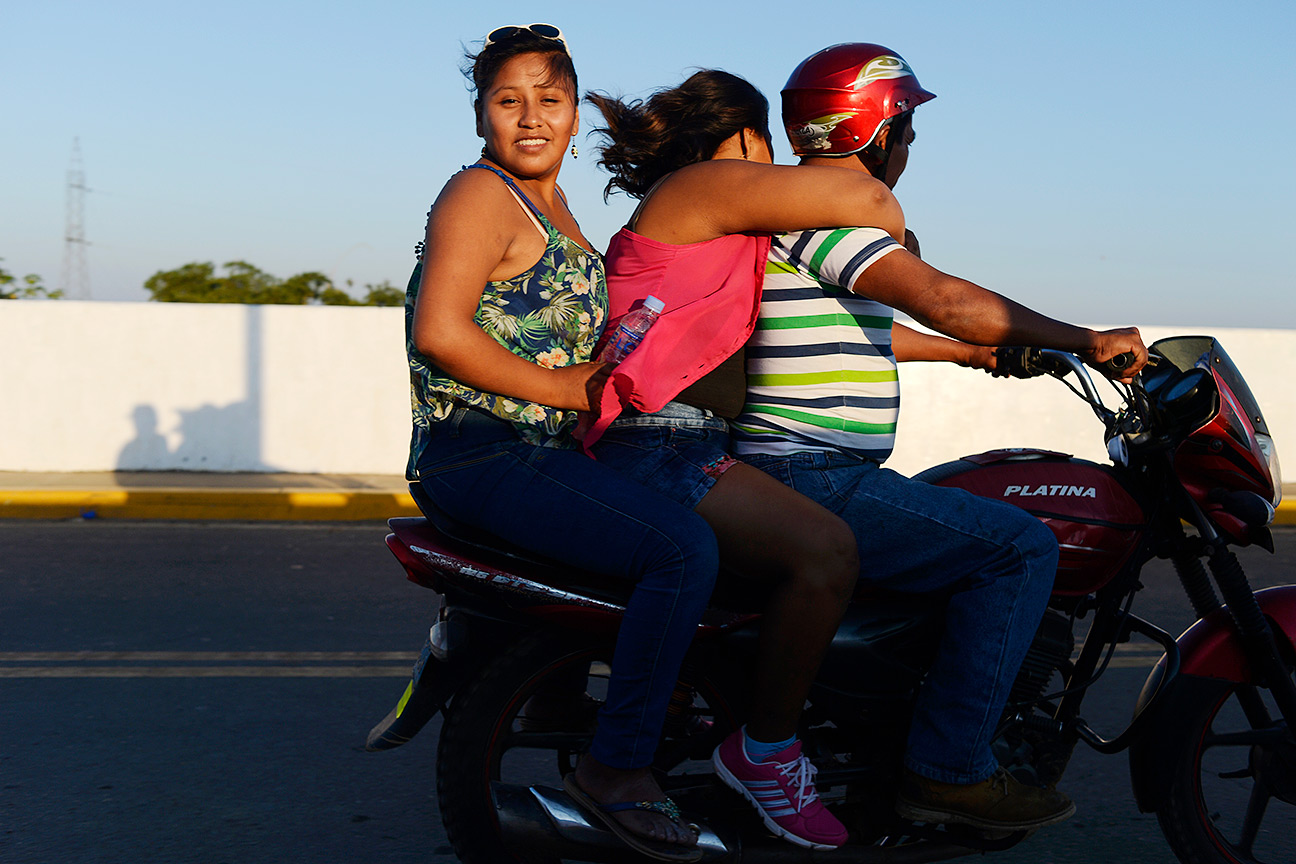 Three people ride a motorbike across the Puente Billinghurst -- Peru's longest bridge -- on the Interoceanic Highway. The highway starts in coastal Peru and connects the country with Brazil. Until the highway's completion in 2011, the journey between these nations was a perilous trek across treacherous jungle roads. 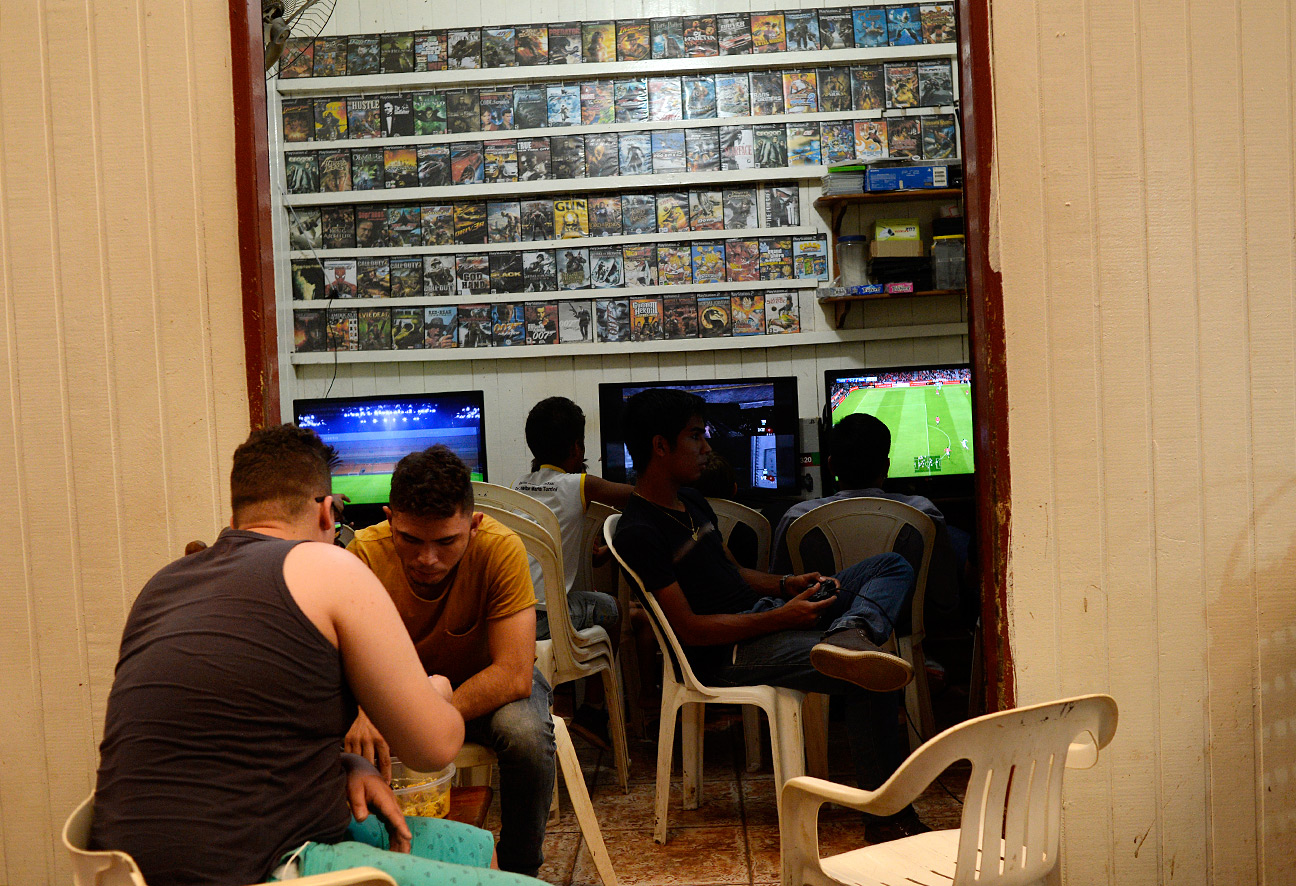 Boys play soccer on Playstation3s at a local market in Rio Branco for four Reais an hour -- about $1.23. The game of choice on this day was "Pro Evolution Soccer." 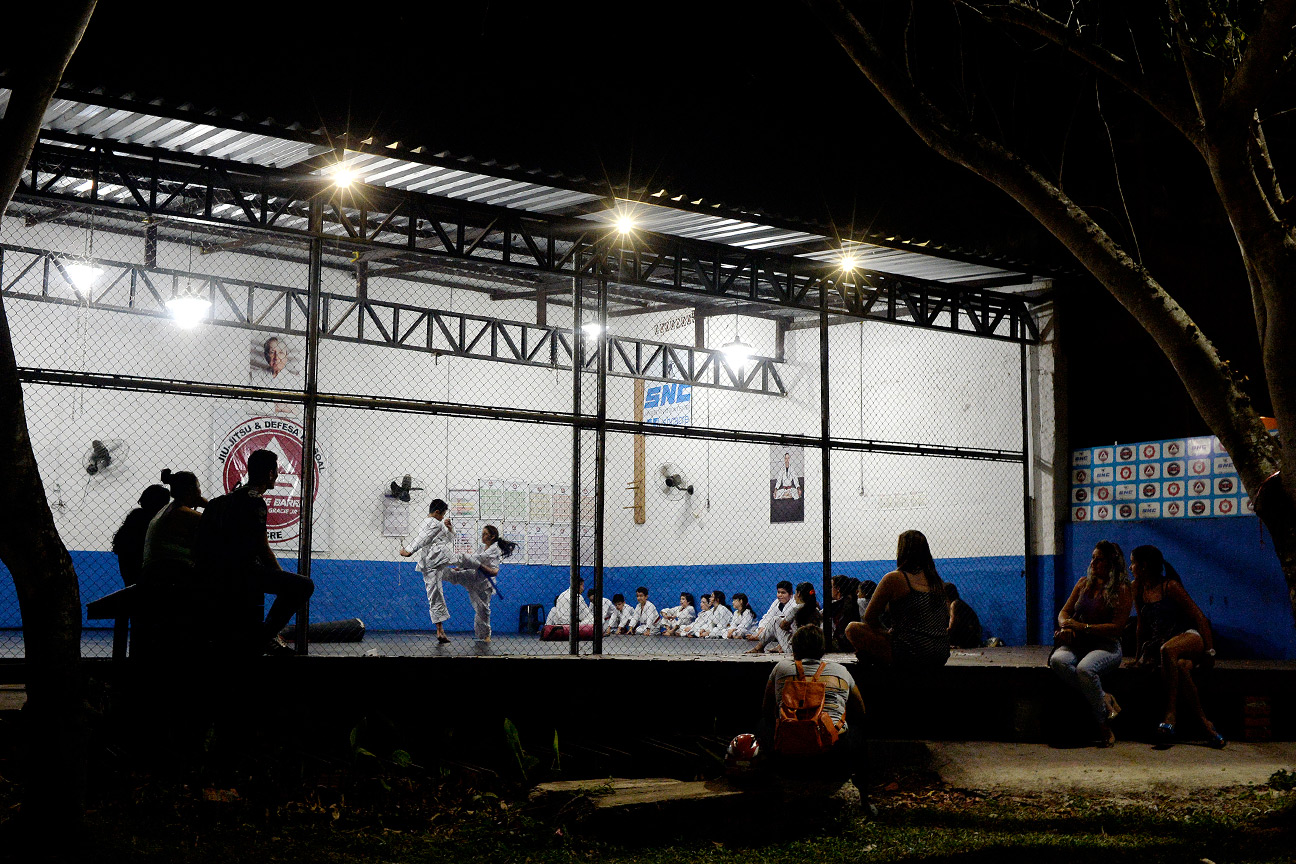 Children Natalia, right, and Diogo spar near the end of their martial arts class as community members gather outside to watch the match at Gracie Barra Acre in Rio Branco, Acre, Brazil. The academy is part of a chain of schools founded by Carlos Gracie Jr. in Rio de Janeiro. 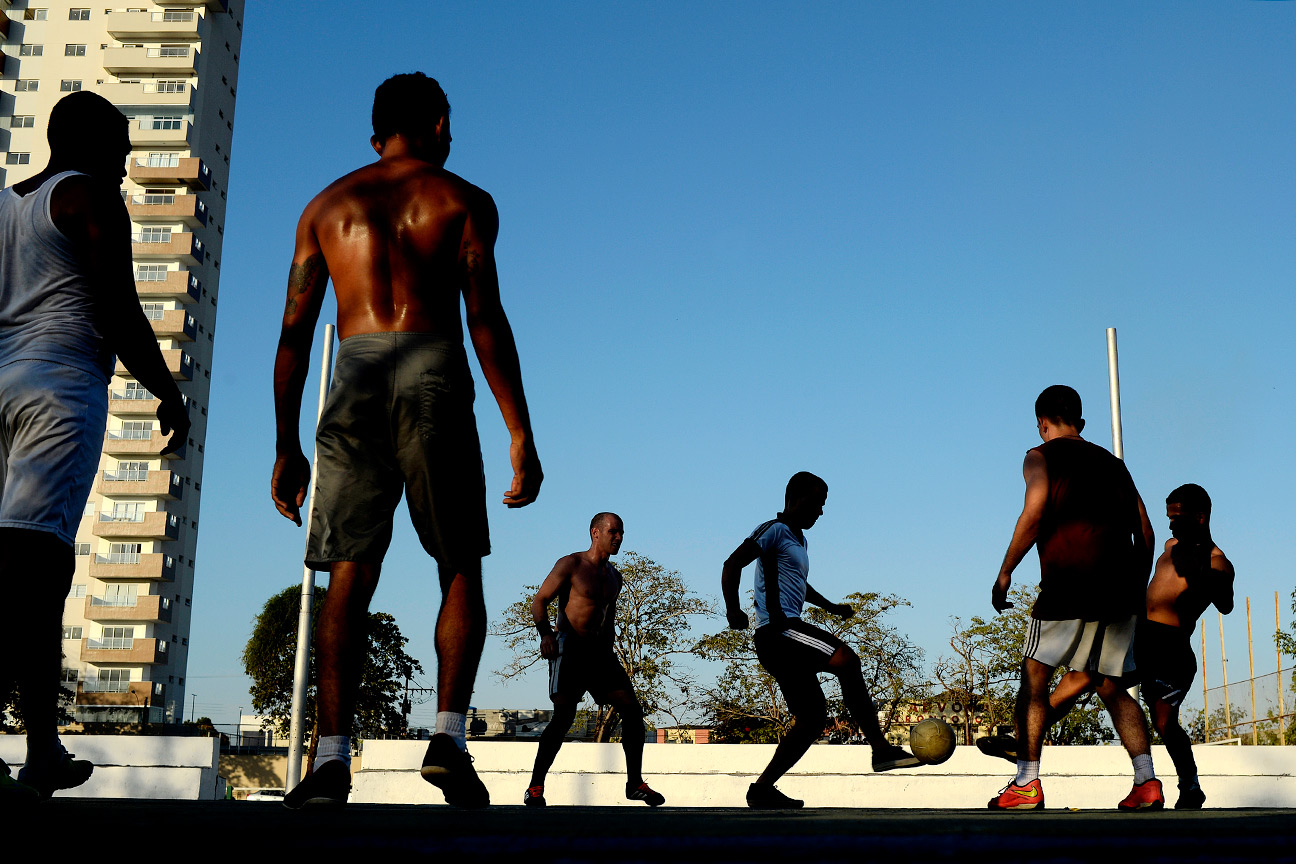 Men play an afternoon game of futsal in Campo Grande. Futsal is a hardcourt version of soccer. Five players, rather than the traditional 11, play on the smaller, faster surface. 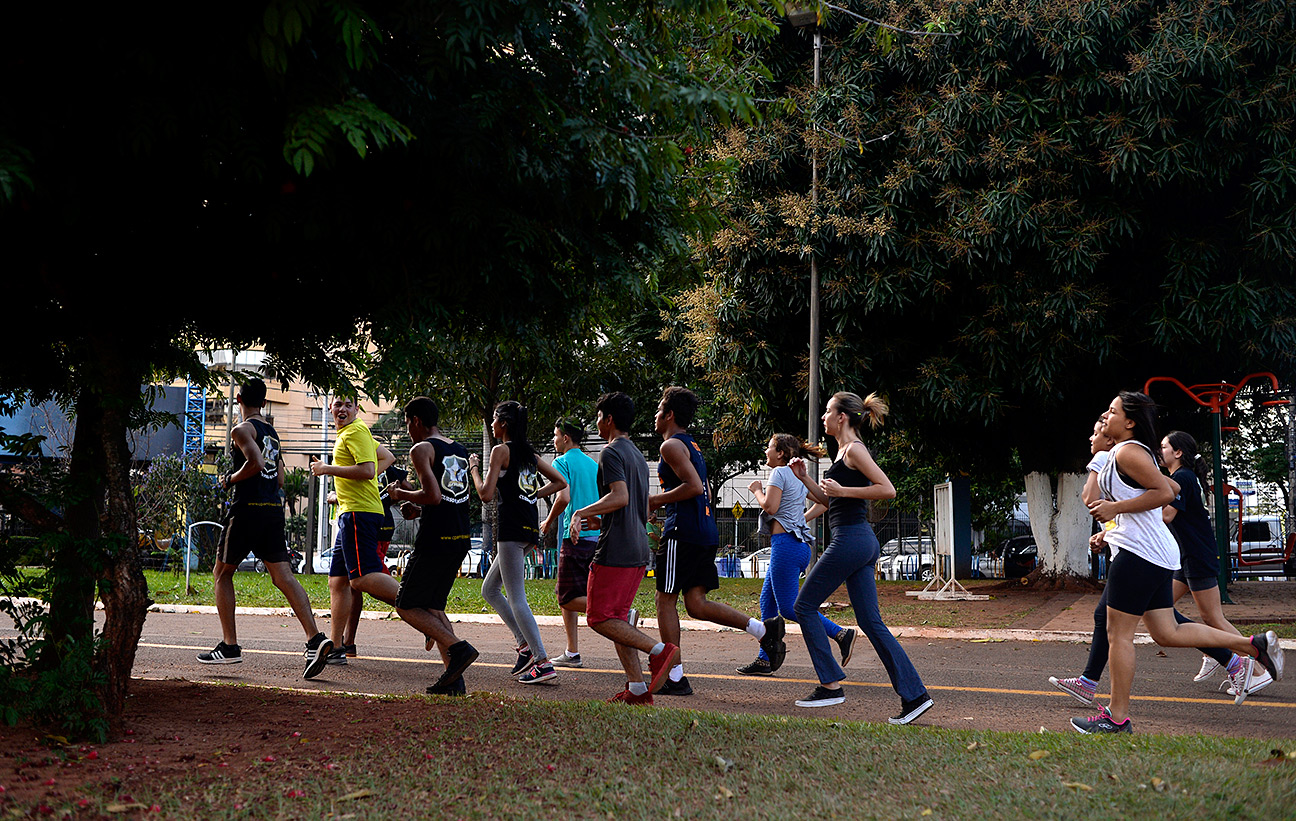 A running club passes by at the Belmar Fidalgo Sporting Complex. The complex is a city center for all activities sports-related. 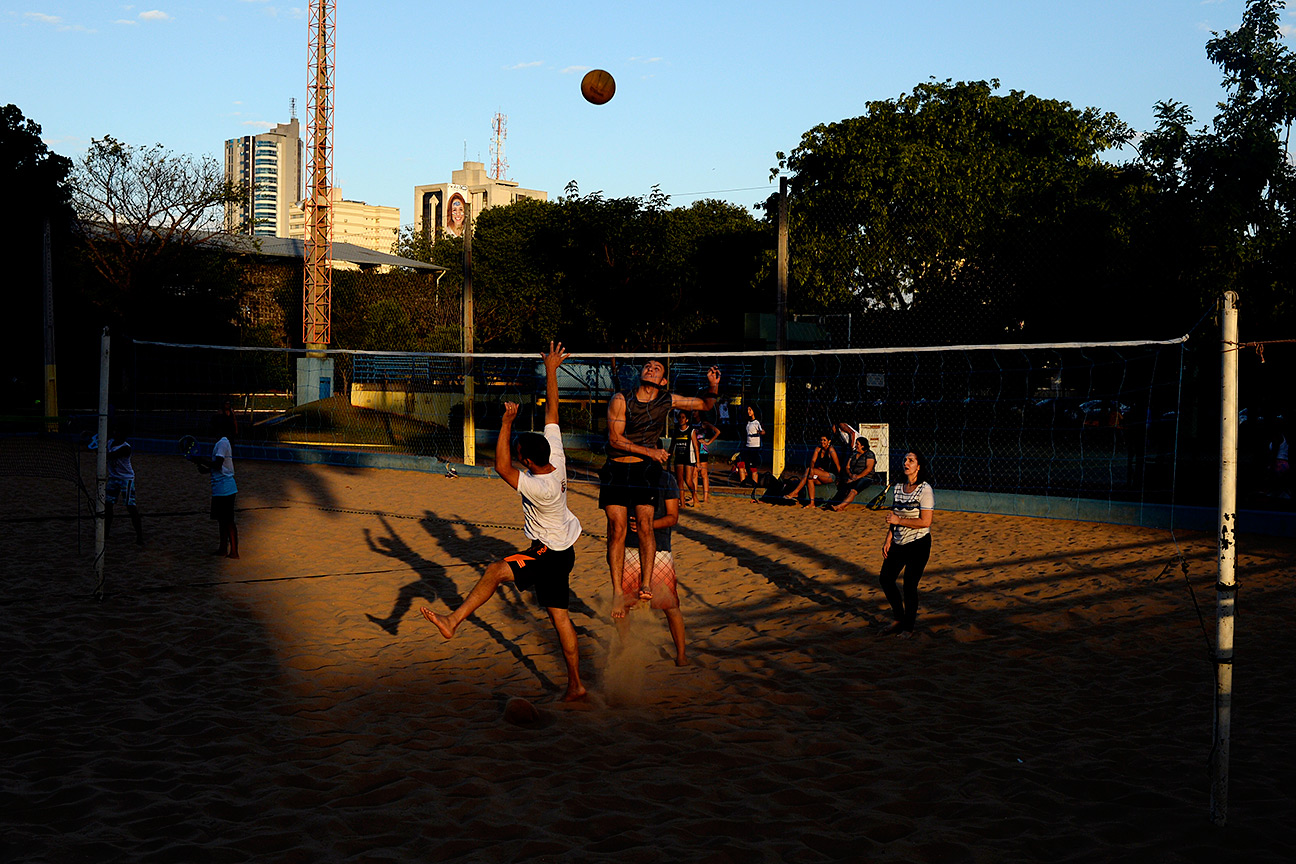 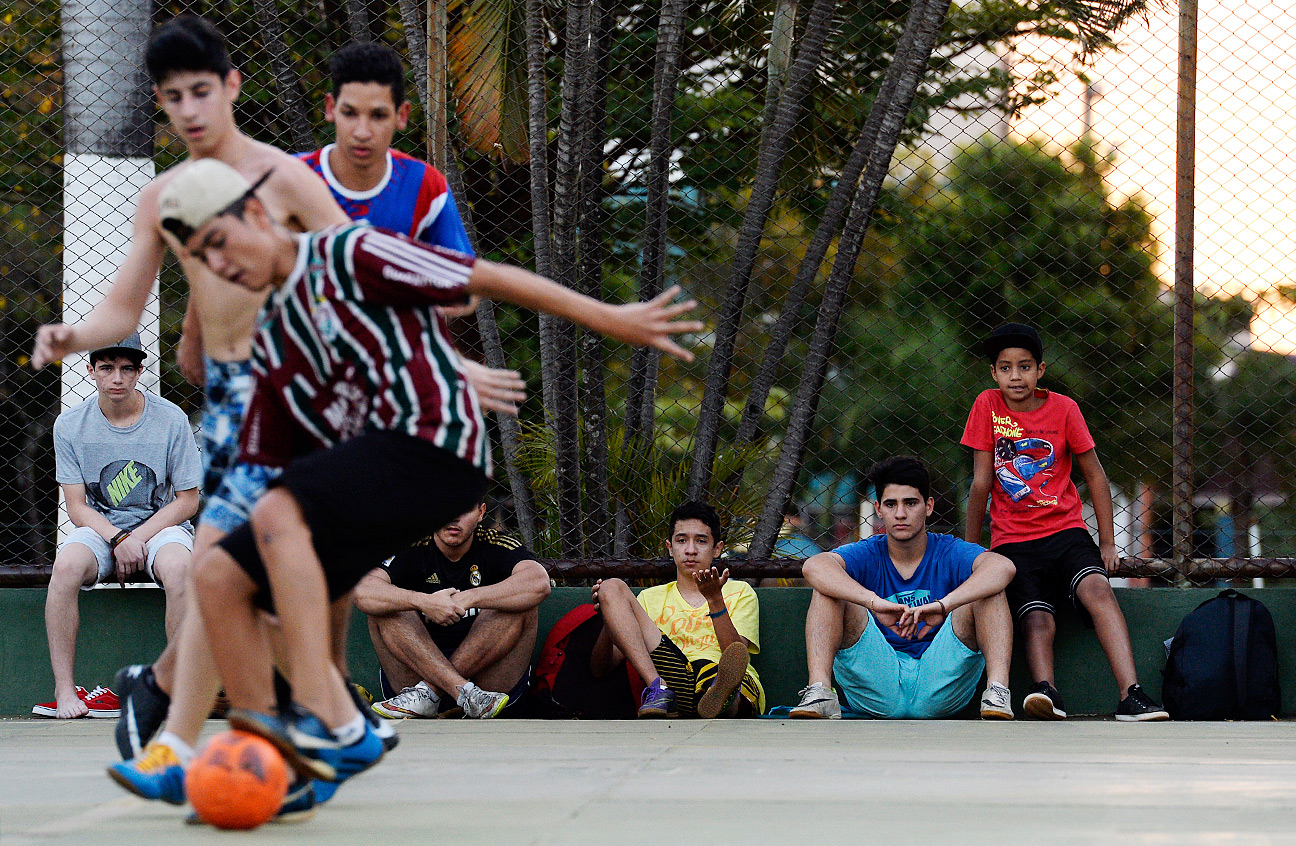 Boys watch a game of futsal at the Belmar Fidalgo Sporting Complex. 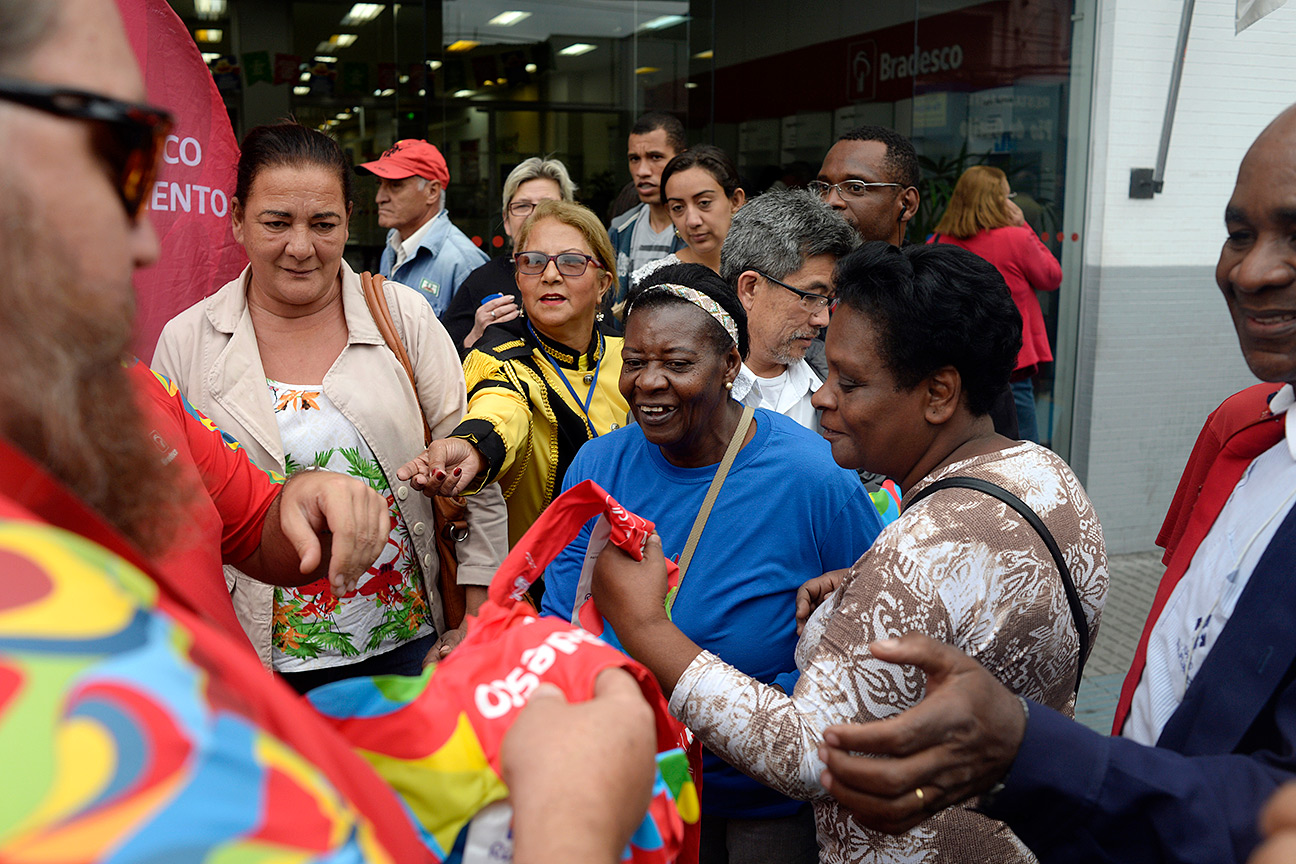 An Olympic-torch volunteer hands out memorabilia to a crowd of people before the arrival of the torch in the west part of the Rio de Janeiro state. 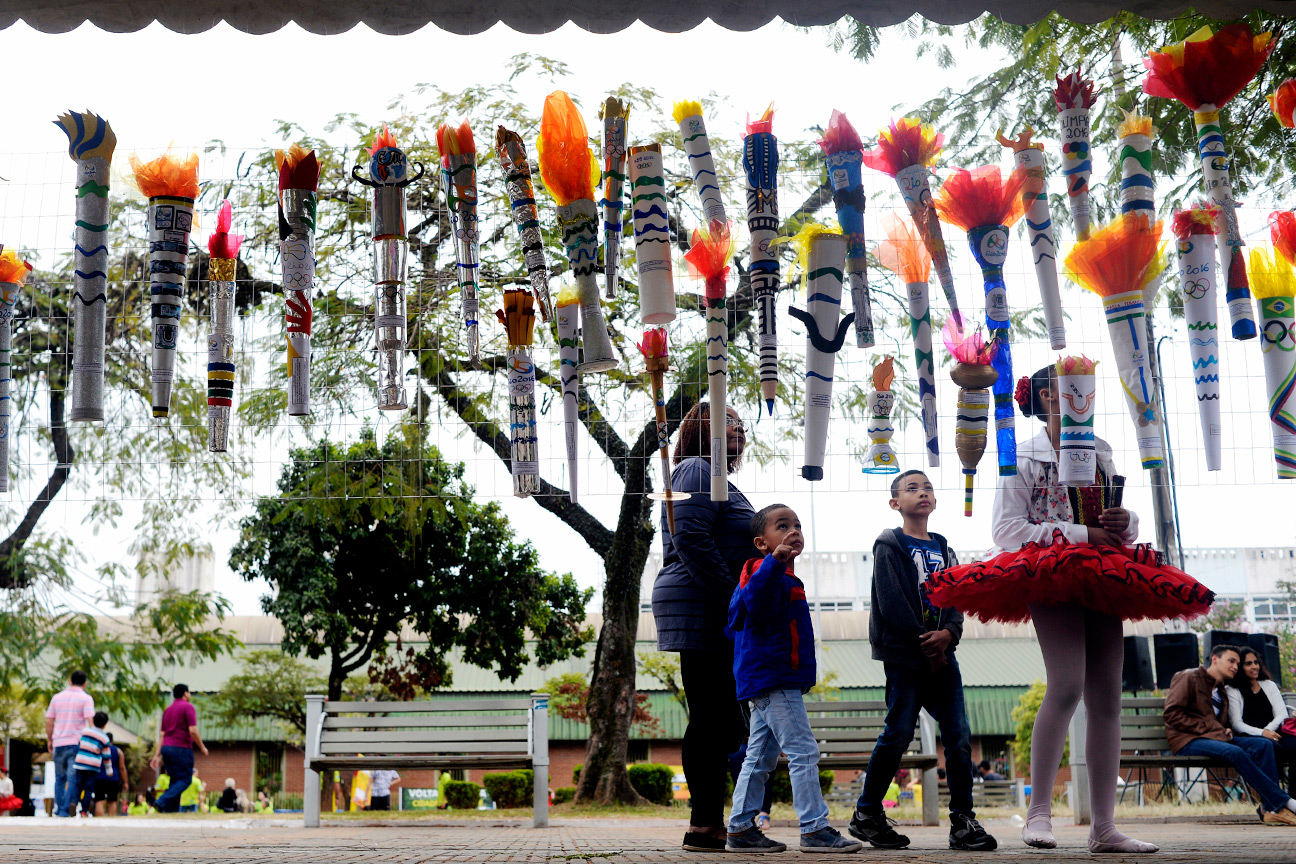 A family looks at paper Olympic torches that were made by local students in honor of the evening's celebration for the arrival of the torch in their town of Volta Redonda. 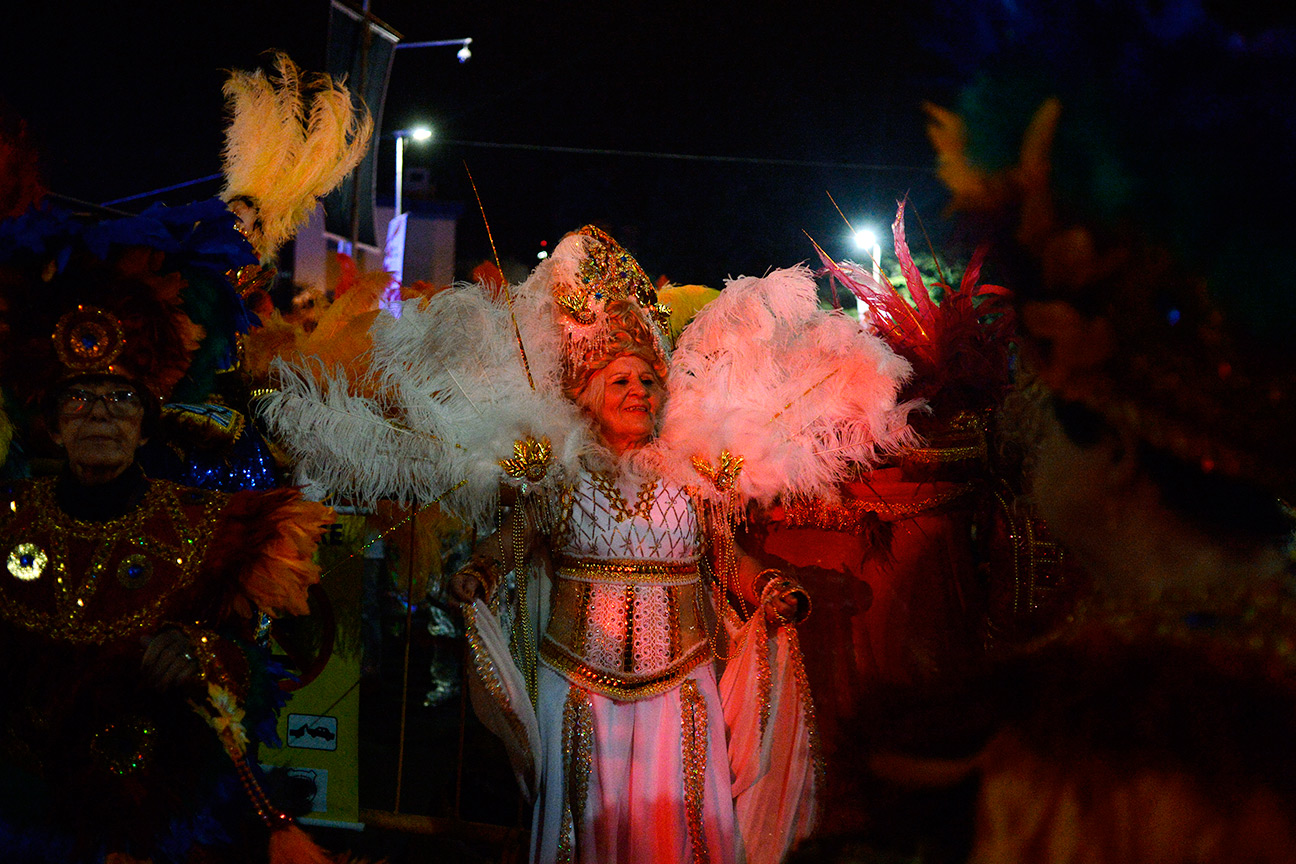 Performers in traditional Carnival costumes dance in the streets of Volta Redonda before the arrival of the Olympic torch. 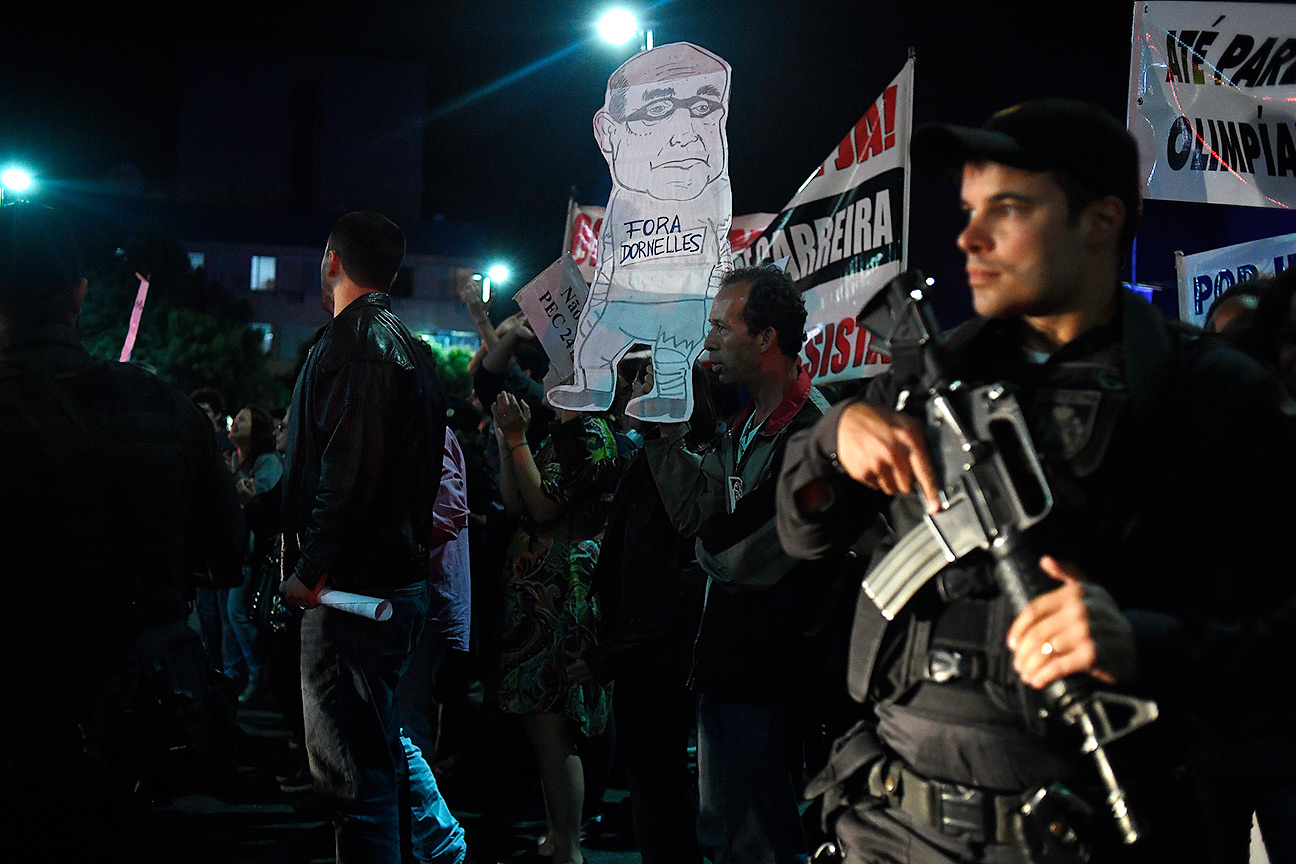 People show up to protest the arrival of the Olympic torch. 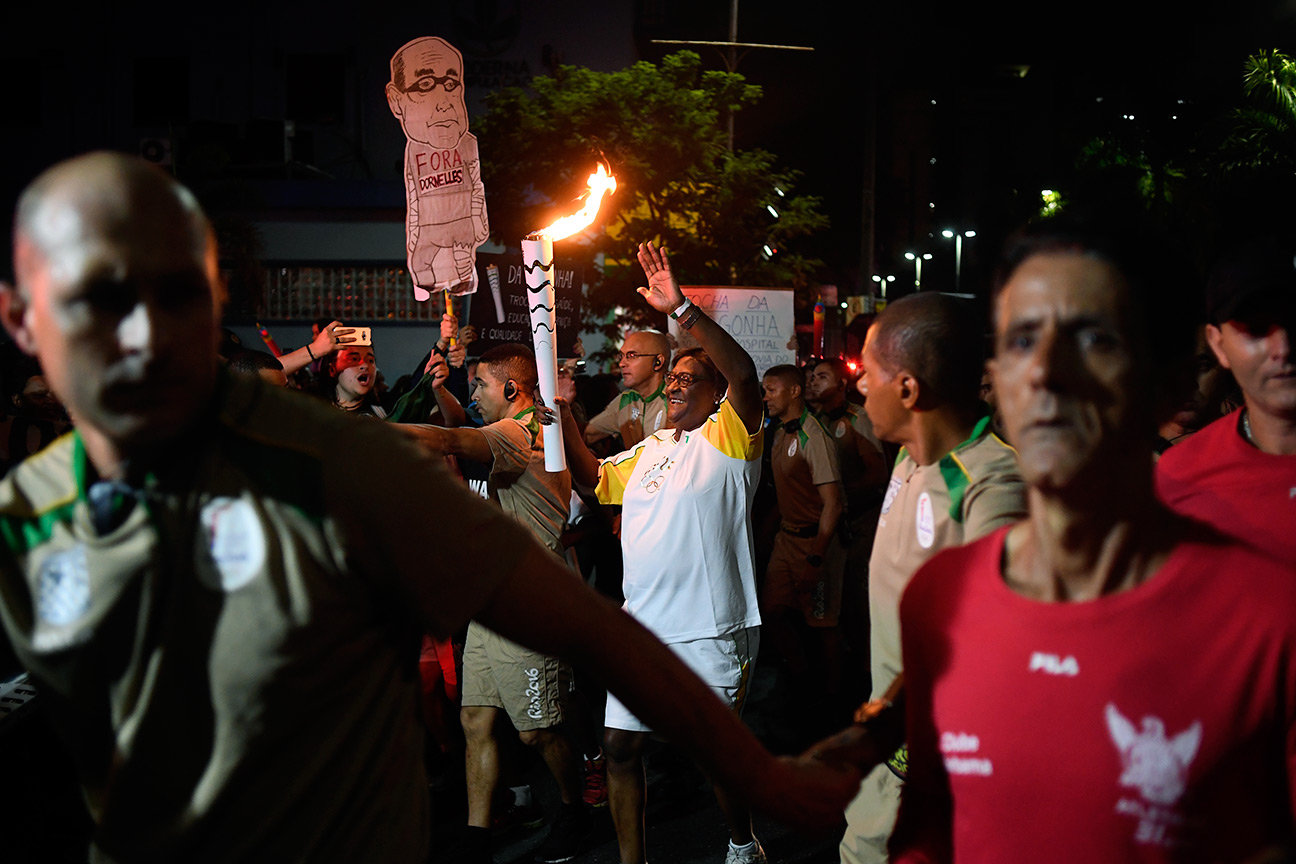