t has become cliche to note the extreme importance of a Game 7 in a World Series. After 162 regular-season games, possibly a wild-card game, a league division series, a league championship series and six games in the Fall Classic, your season, your life's dream and your legacy comes down to one game -- nine innings and 27 outs.

Then again With the Chicago Cubs and Cleveland Indians, teams that hadn't won a World Series title in a combined 176 years, no Game 7 could be finished in regulation. The two franchises needed a 10th inning to toy with the fragile emotions of their faithful followers. Add a 17-minute rain delay between the ninth and 10th to prolong the drama and you have an evening that no one would soon forget.

After falling behind three games to one, the Chicago Cubs -- the lovable losers from the Friendly Confines -- quenched their championship thirst with a nail-biting 8-7 win to claim their first title since the American flag had only 46 stars. 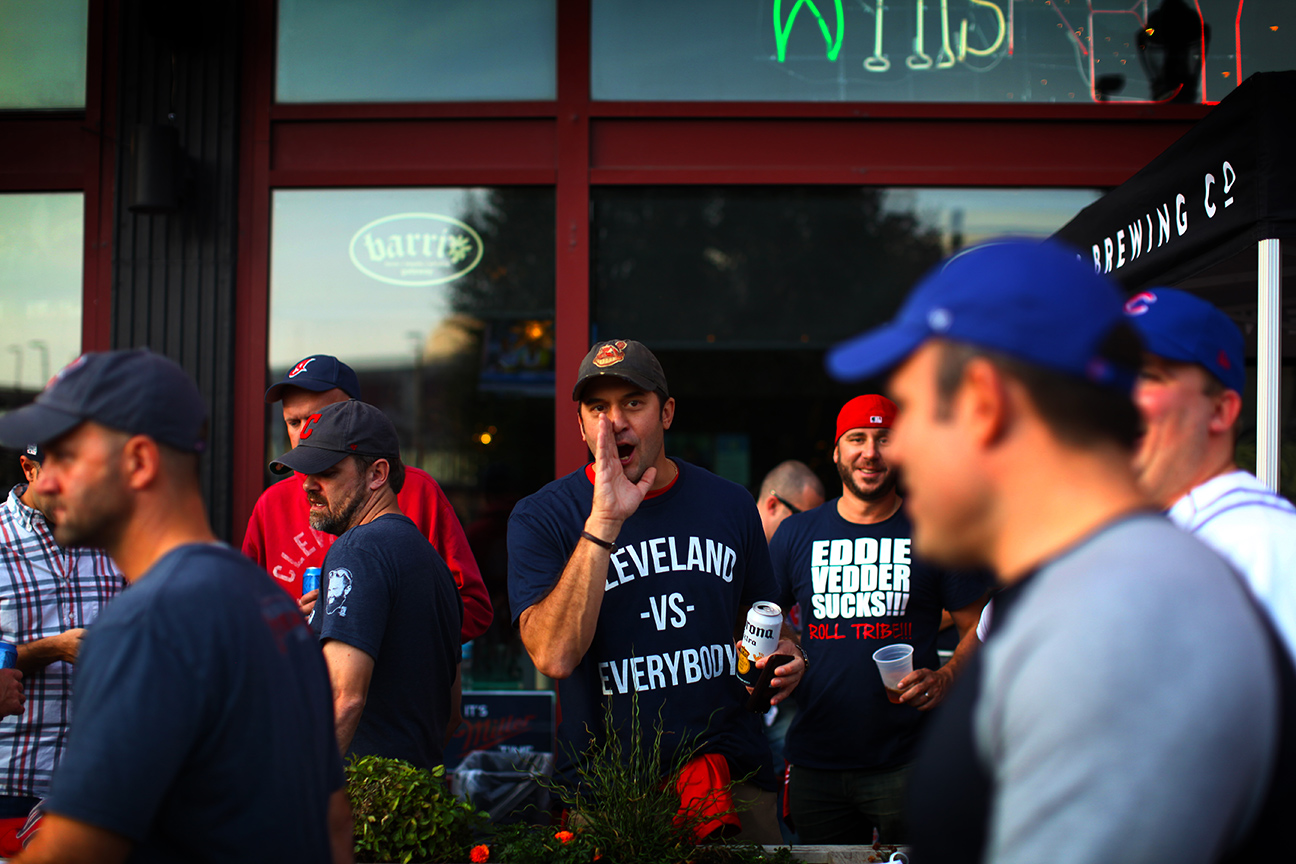 Cleveland fan Len Hill boos Chicago fans as they walk by. Hill predicts Cubs fans "will go home with their tails between their legs, crying the whole way home." 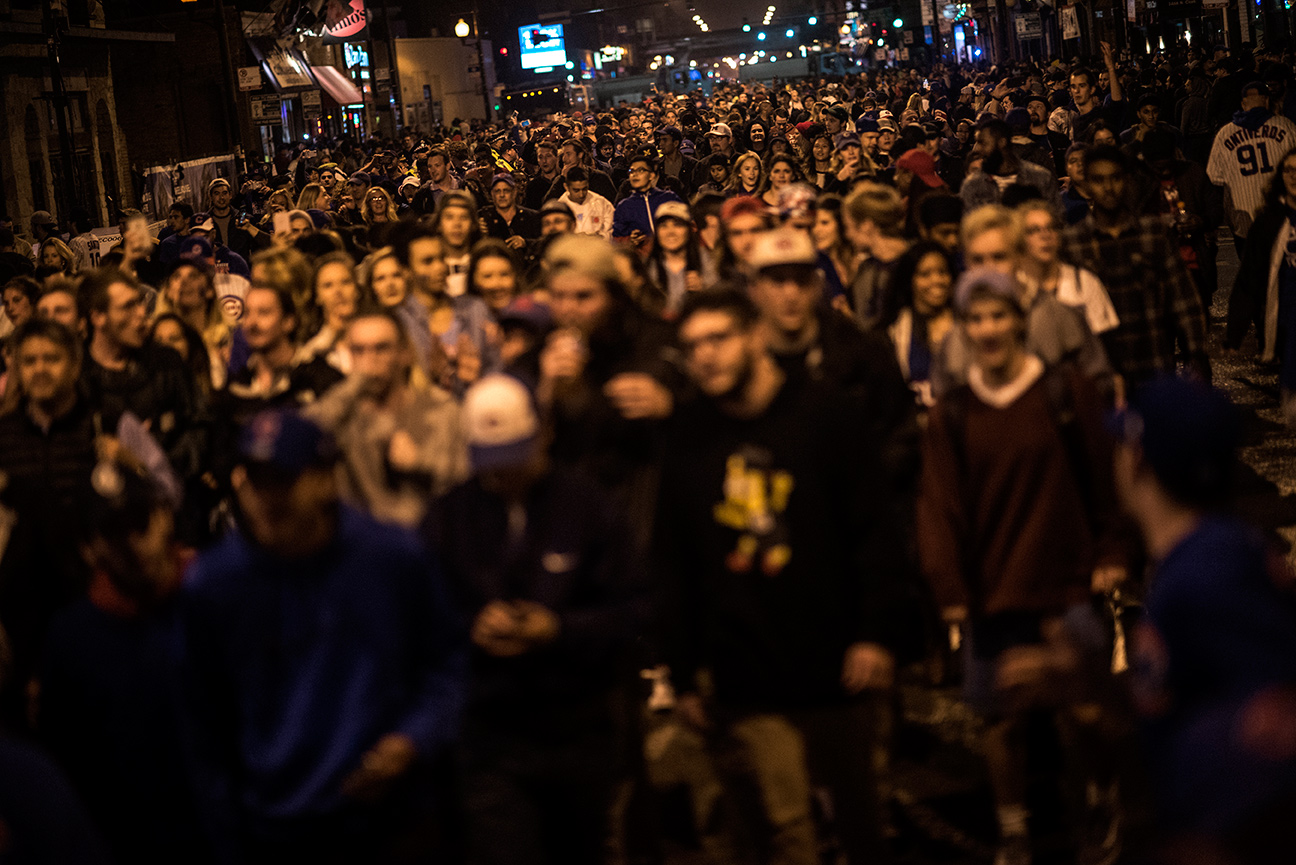 In anticipation of their team's first World Series title since 1908, Cubs fans pack the streets of Wrigleyville 350 miles away from Game 7. 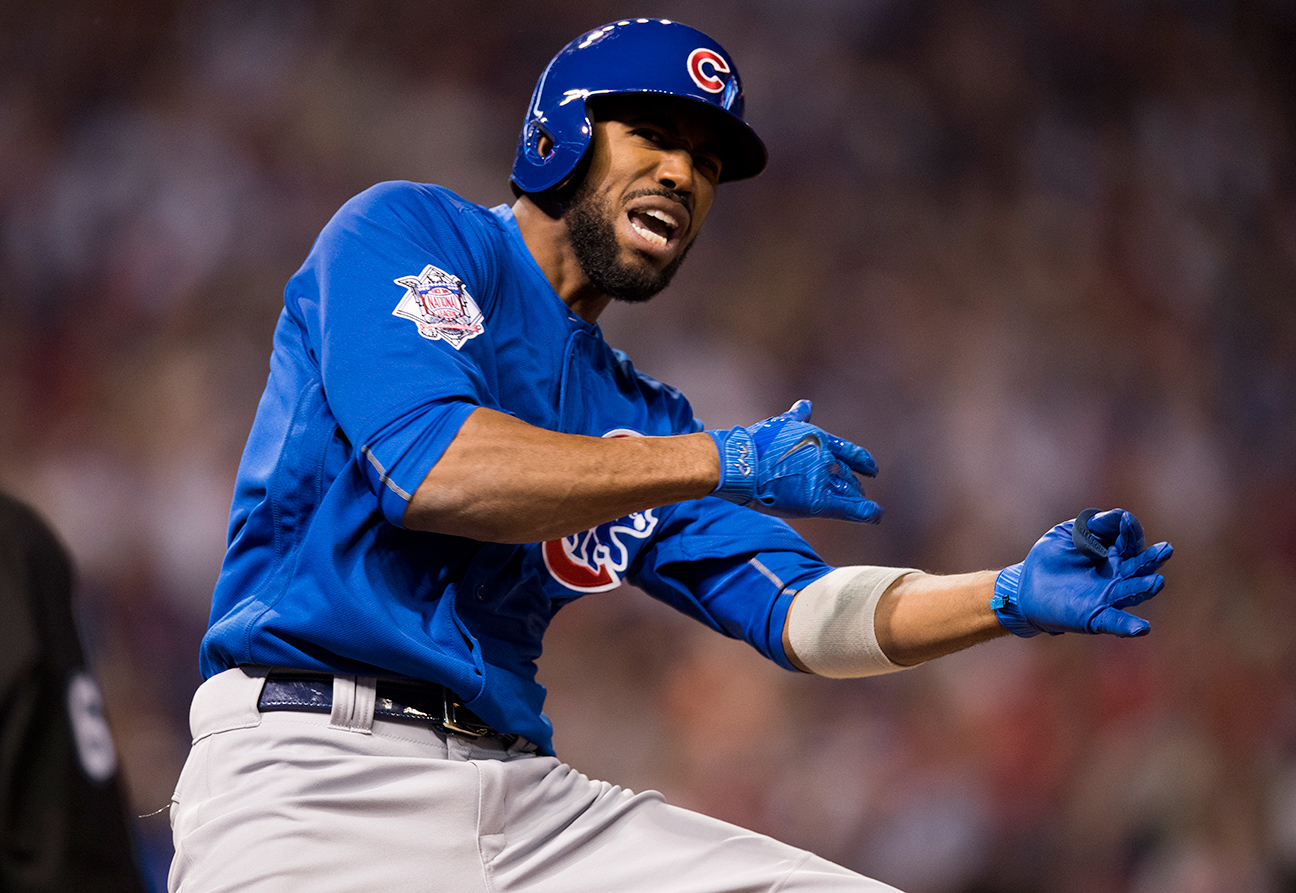 After leading off the game with a home run, Cubs outfielder Dexter Fowler celebrates. 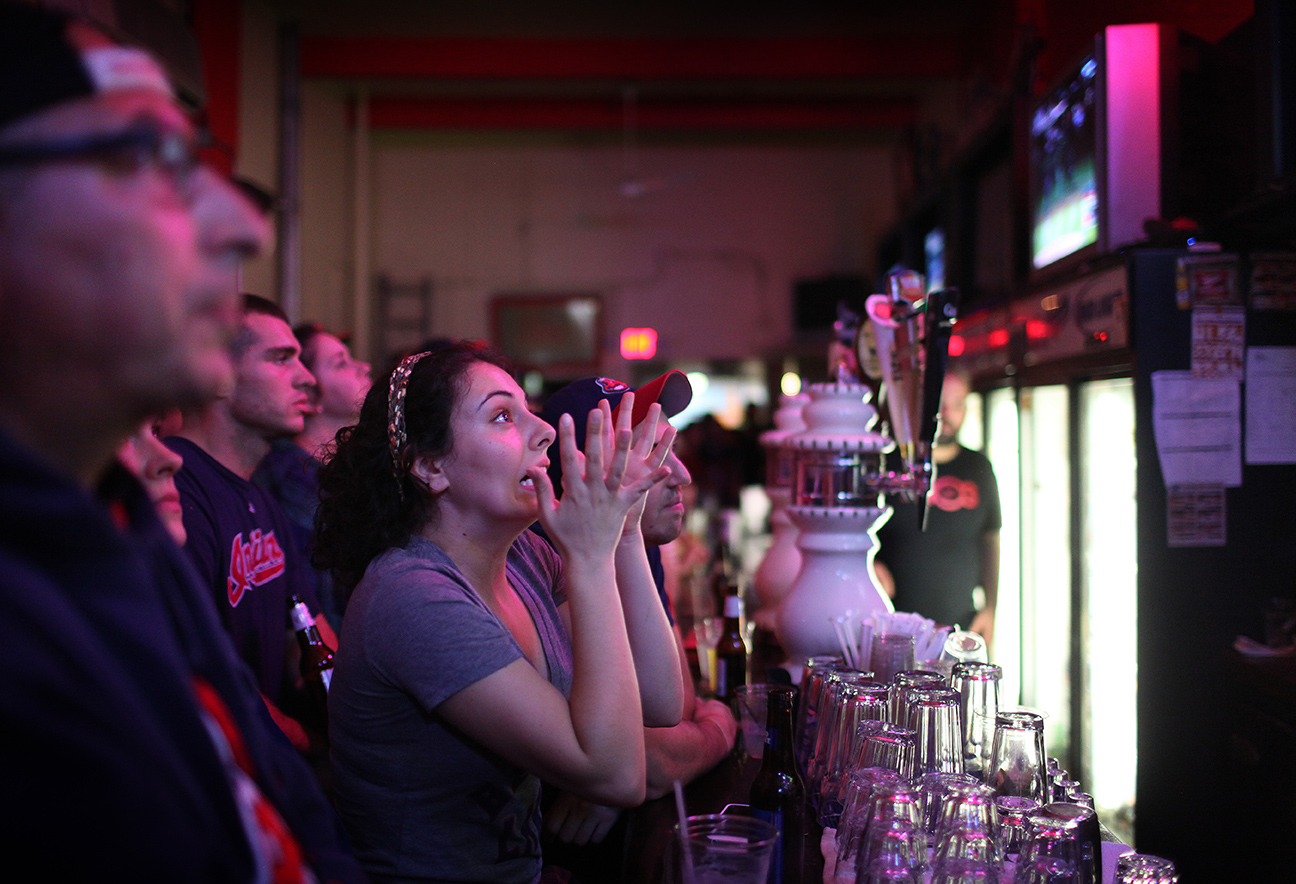 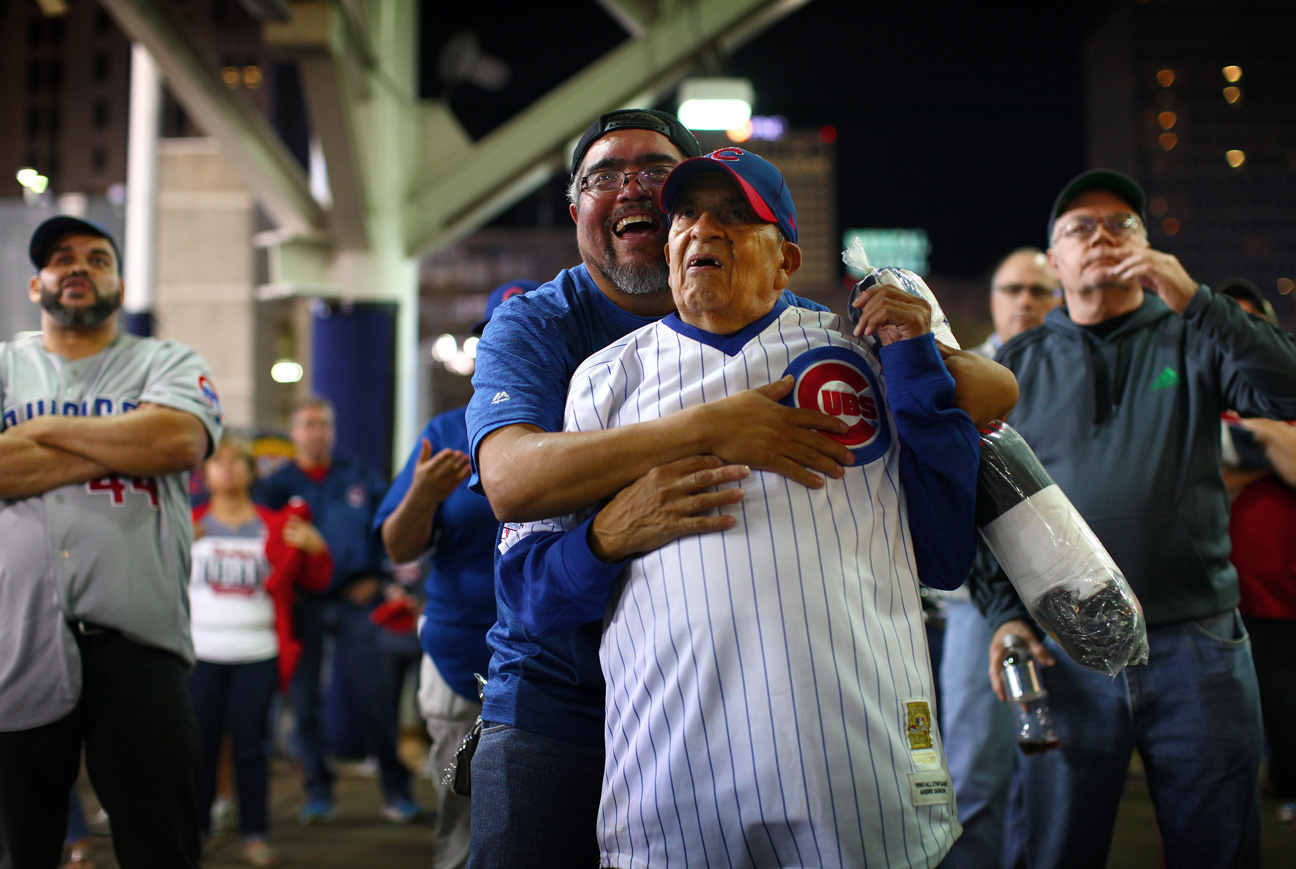 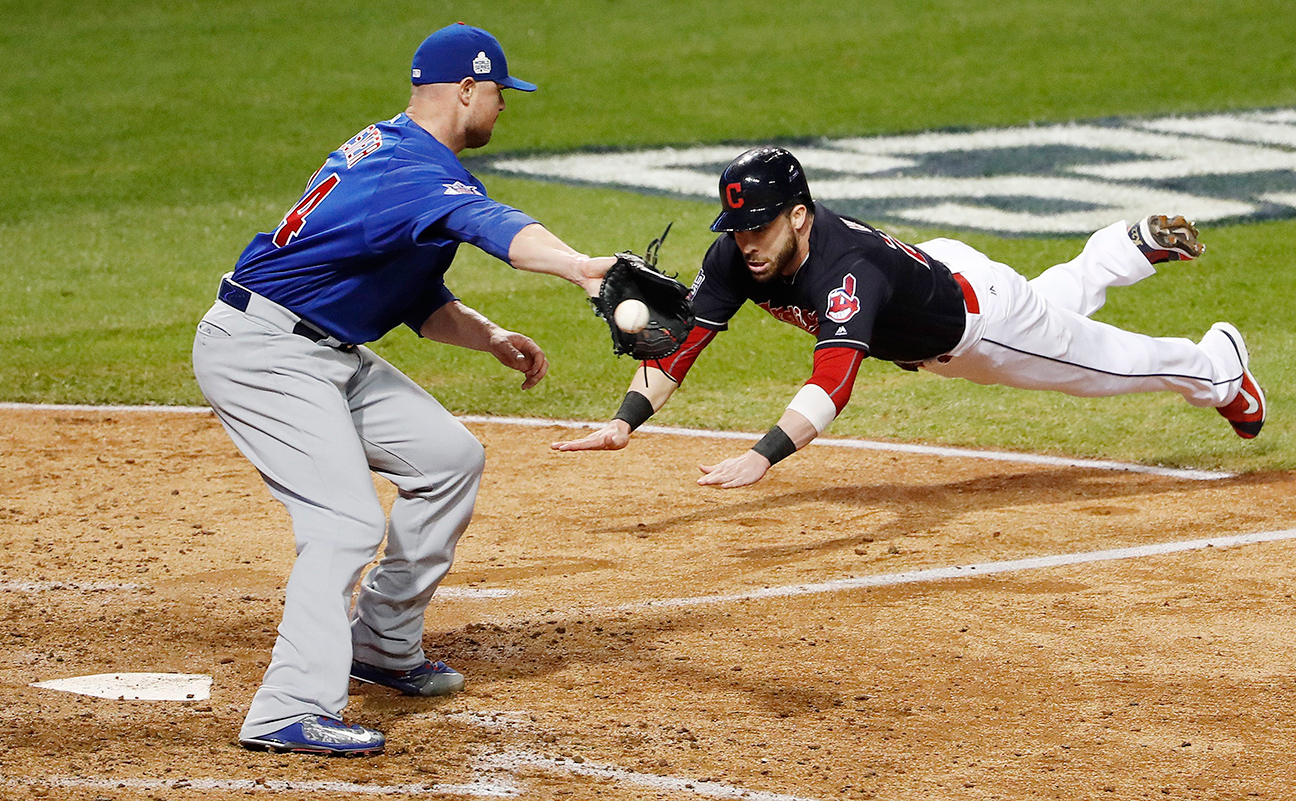 Jason Kipnis' mad dash for home from second base on a Jon Lester wild pitch cuts the Cubs' lead to two in the bottom of the fifth. 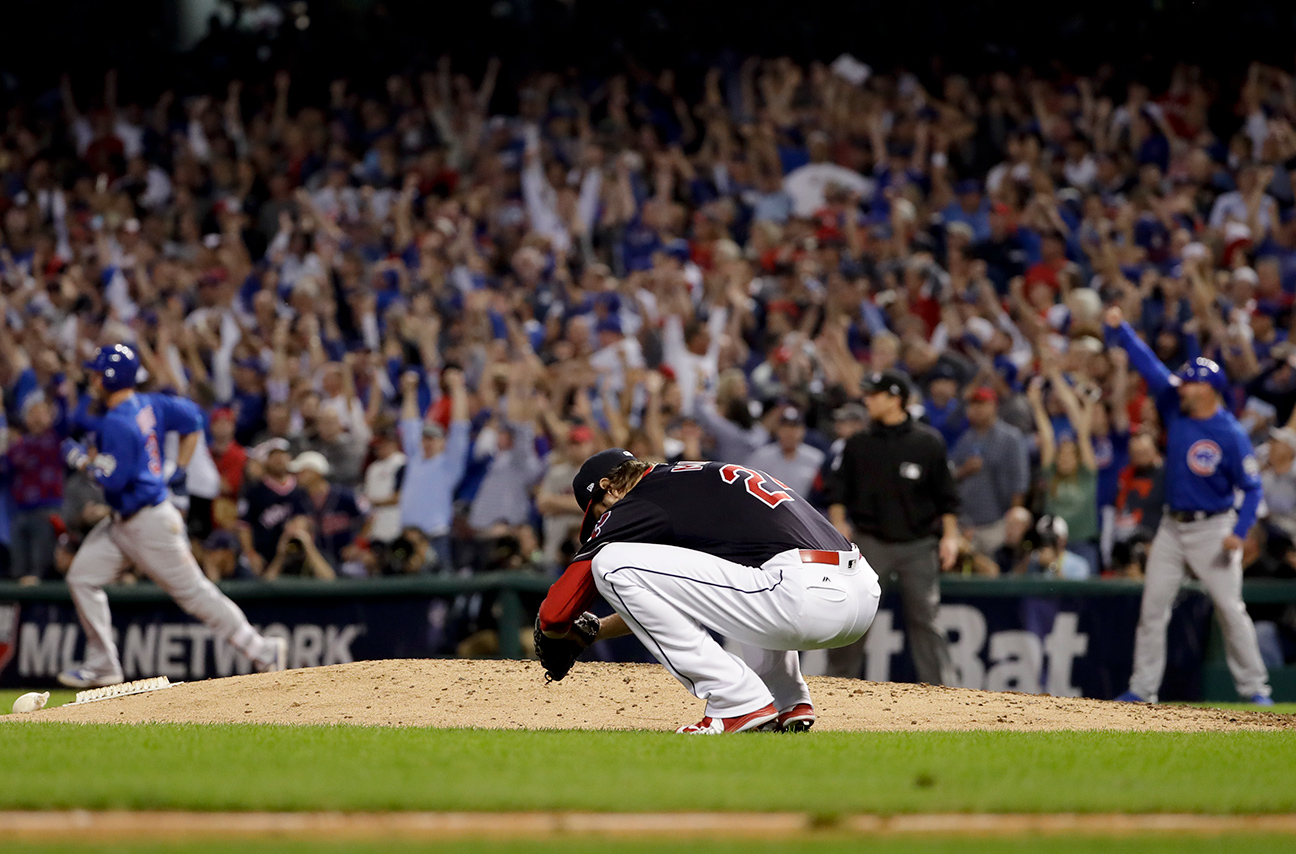 Indians' reliever Andrew Miller crouches in frustration as David Ross rounds first base after his solo homer in the sixth inning. 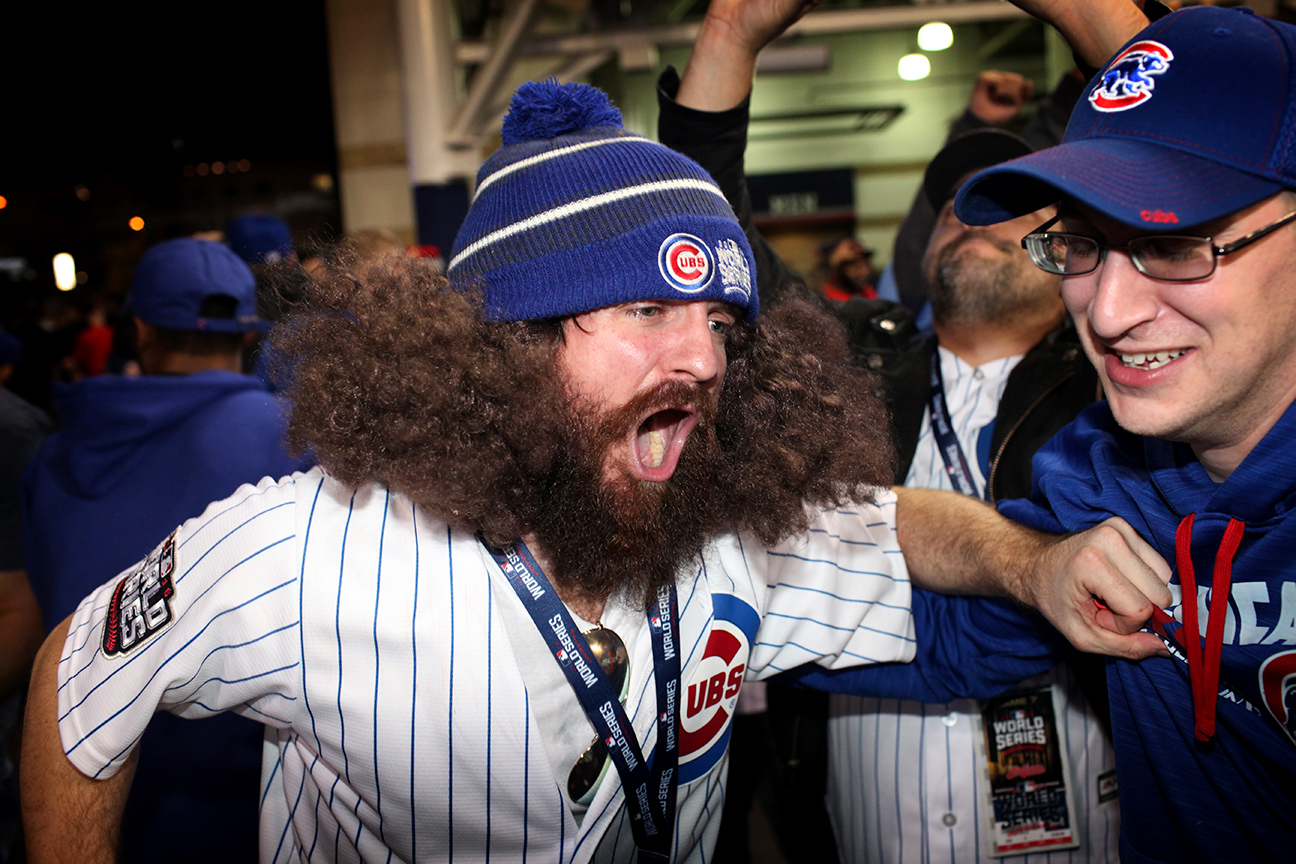 As the Cubs build a lead, the excitement builds for Cubs fans inside Progressive Field. 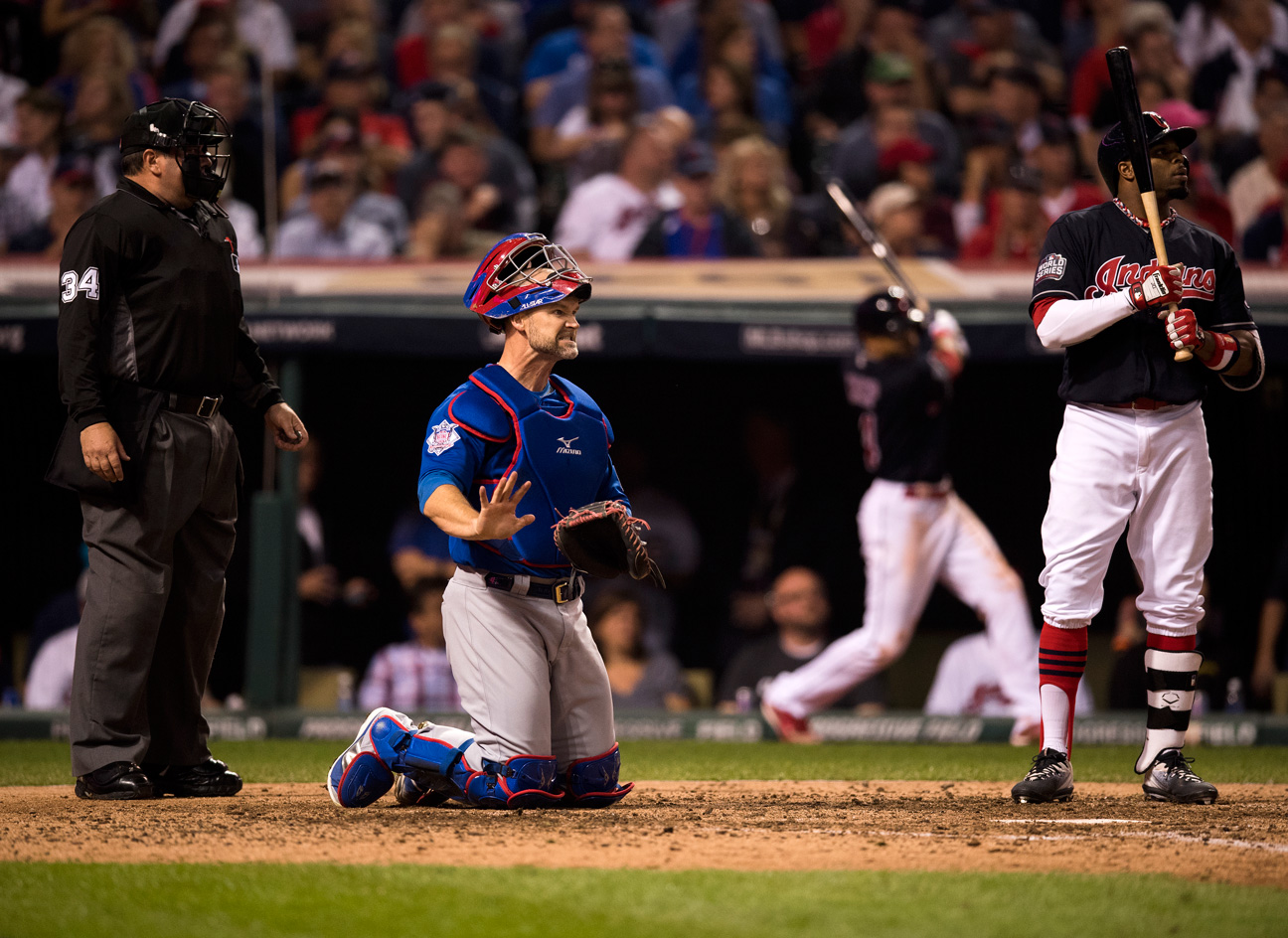 Trying to protect a three-run lead, Ross motions for Lester to calm down during the sixth inning. 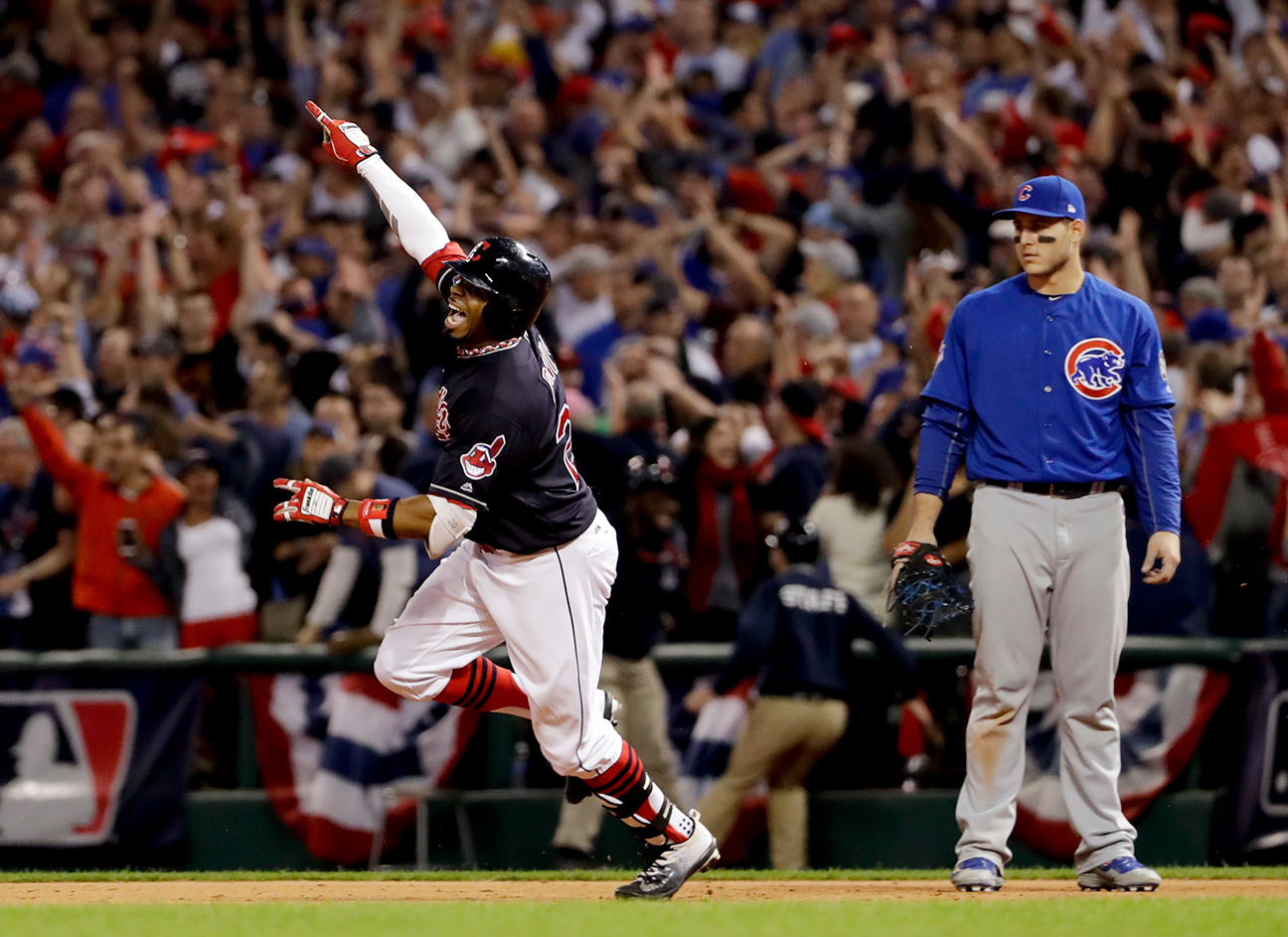 Rajai Davis' game-tying home run in the bottom of the eighth inning stuns Anthony Rizzo and the Cubs and turns Progressive Field into a madhouse. "Tonight summed up this team: Never give up, next man up, no excuses. It was so fun to be a part of," Miller said. "It hurts right now, but it was a blast to be a part of. We achieved a lot with so many obstacles." 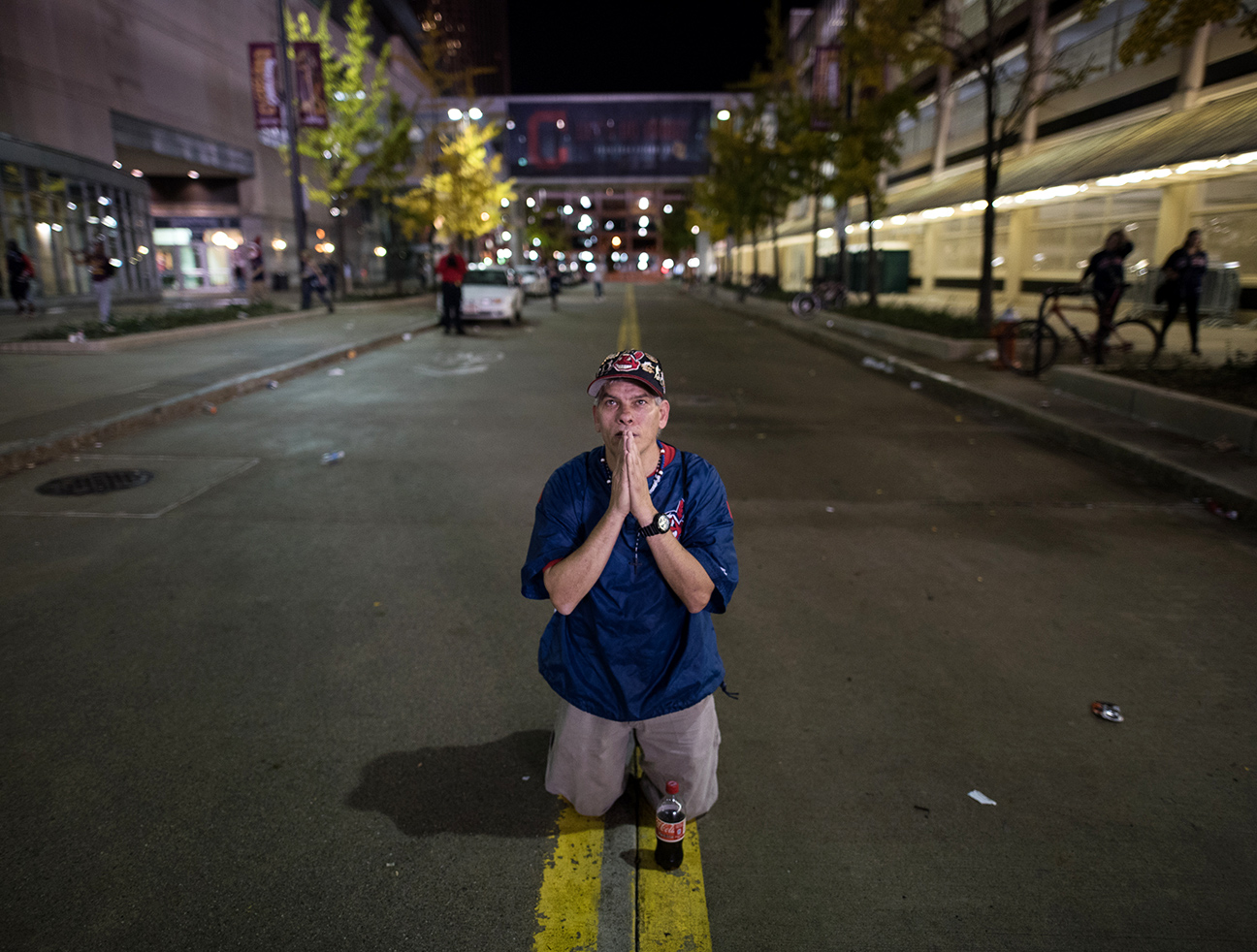 Cubs fans weren't the only ones looking for a little help from above. William Burgos of Cleveland prays in the street outside of Progressive Field during the ninth inning. 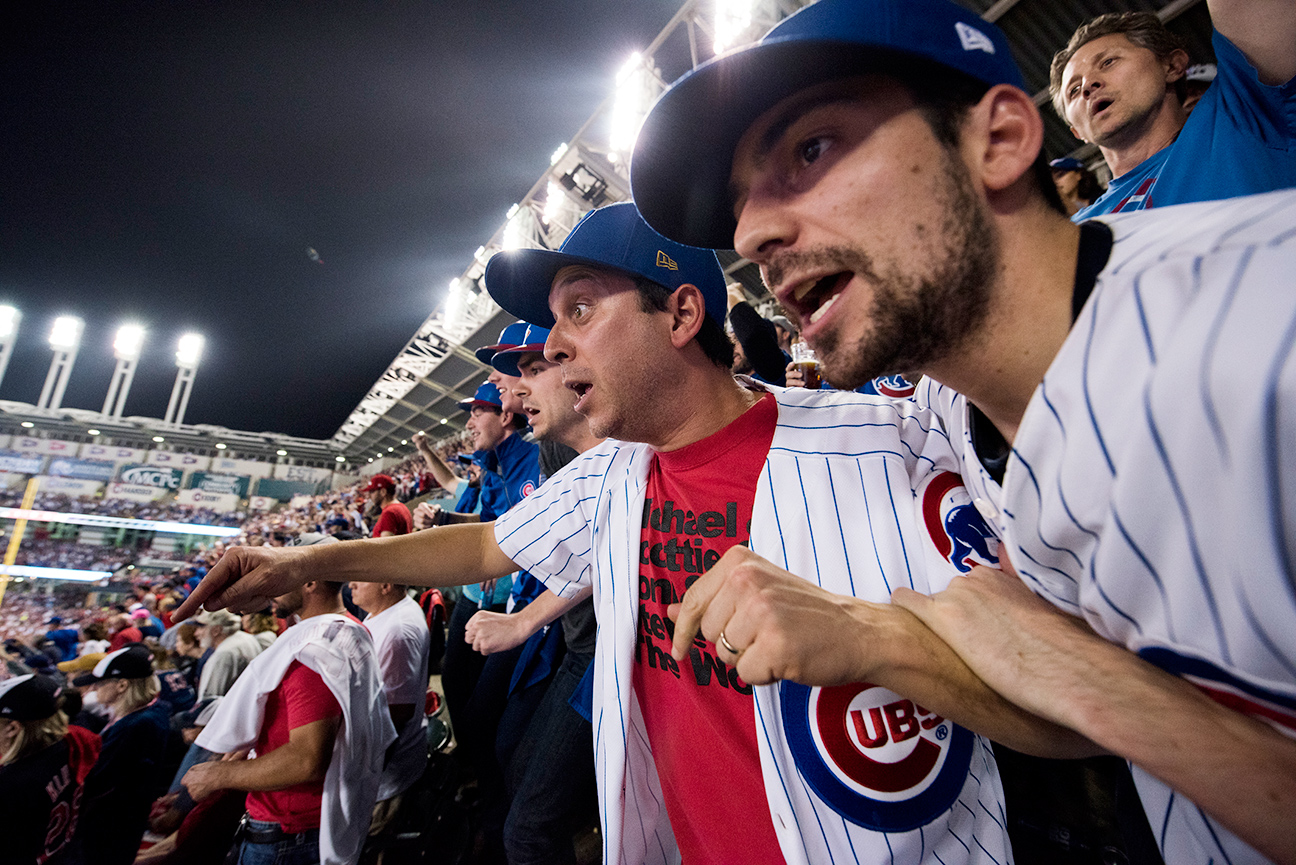 Cubs fans can't believe their eyes when their team takes the lead in the 10th inning. 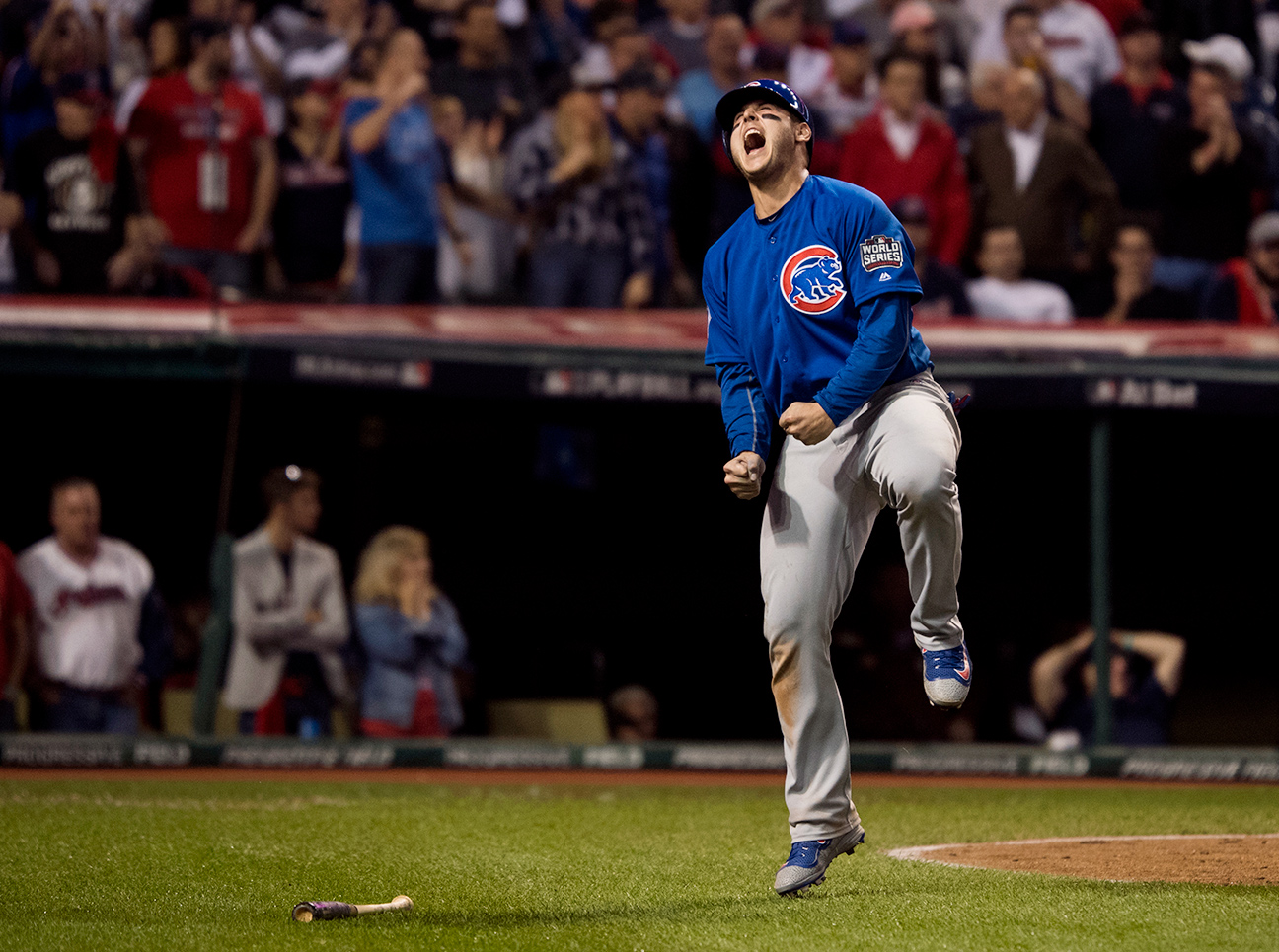 Rizzo scores the Cubs' second run in the top of the 10th inning on a single by Miguel Montero, who had only one hit in the postseason to that point, giving Chicago a two-run lead. 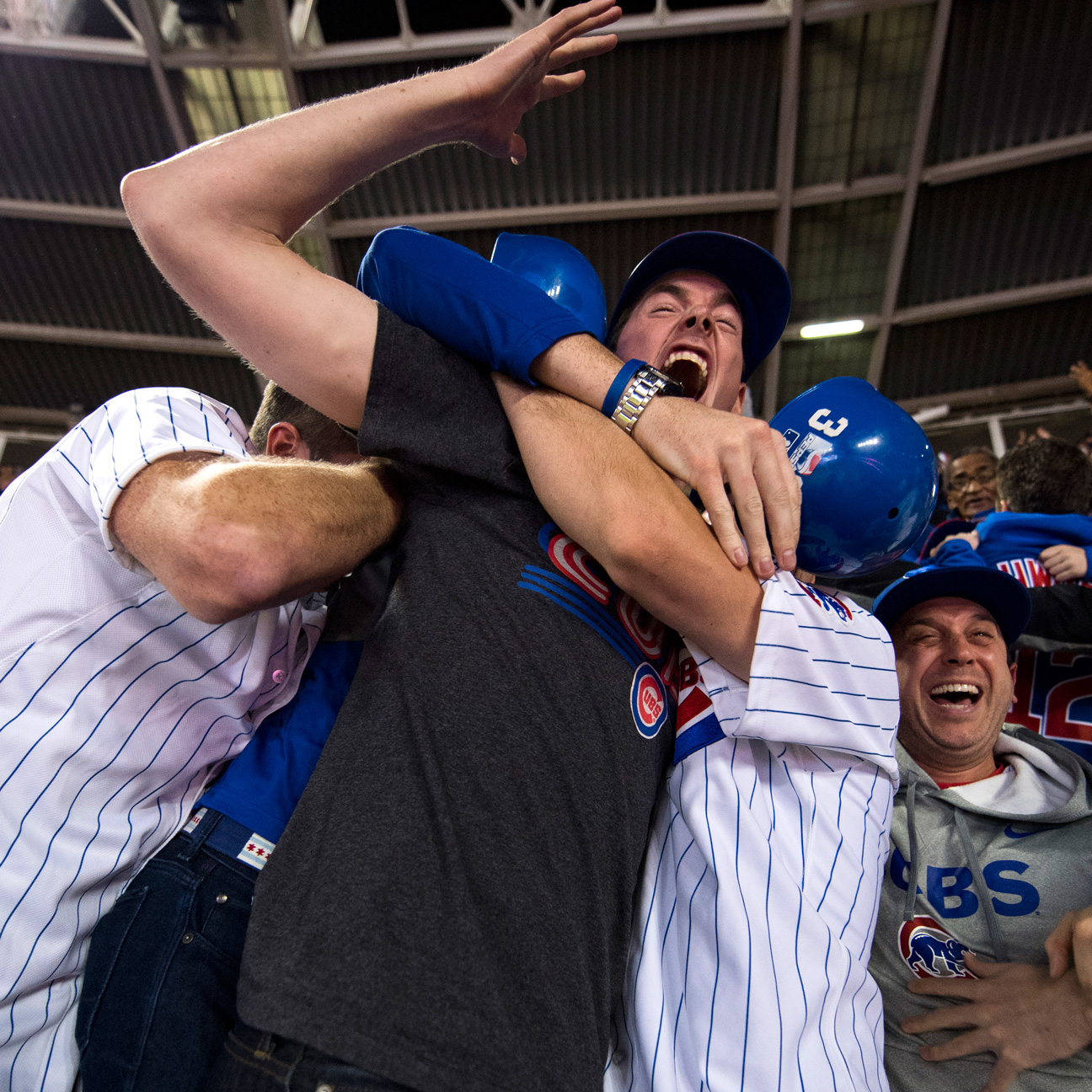 Shedding 108-years of frustration and angst, Cubs fans were rewarded for their optimism and let loose after the final out in the bottom of the 10th inning. 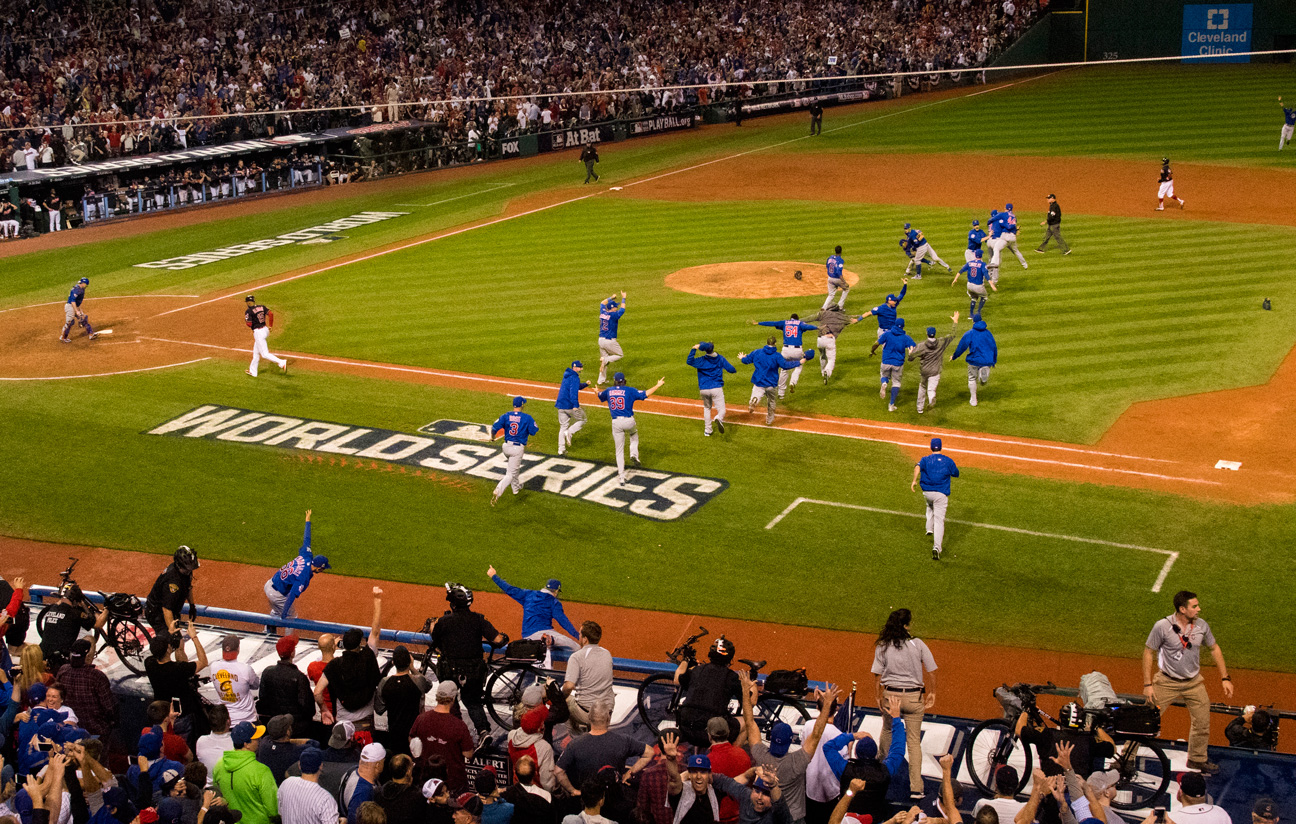 The joy the Cubs felt on the field in Cleveland could be felt all the way to Chicago. 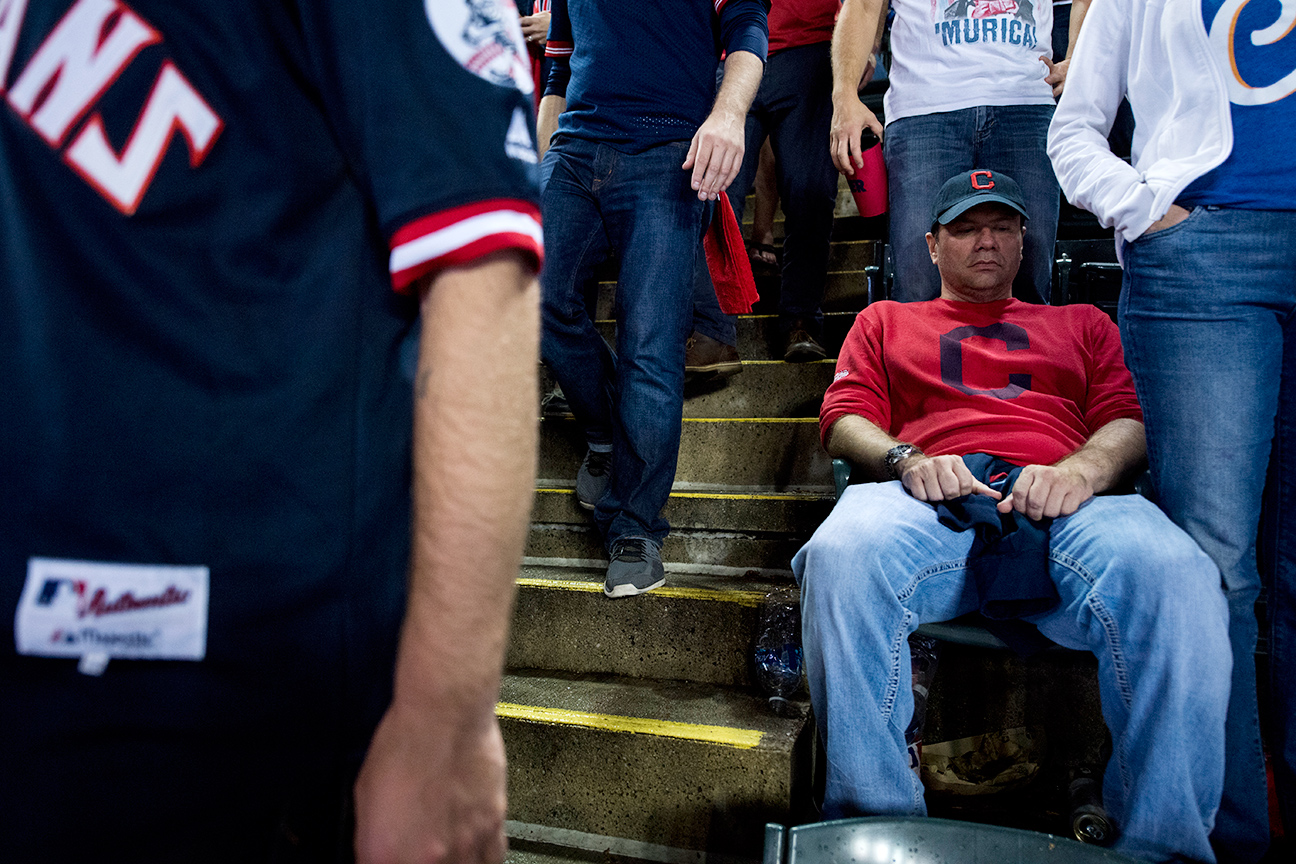 A dejected Indians fan remains seated as the Cubs and a large number of Cubs fans celebrate at Progressive Field. "It's going to hurt," Cleveland manager Terry Francona said he told the team. "It hurts, because we care, but they need to walk with their heads high, because they left nothing on the field." 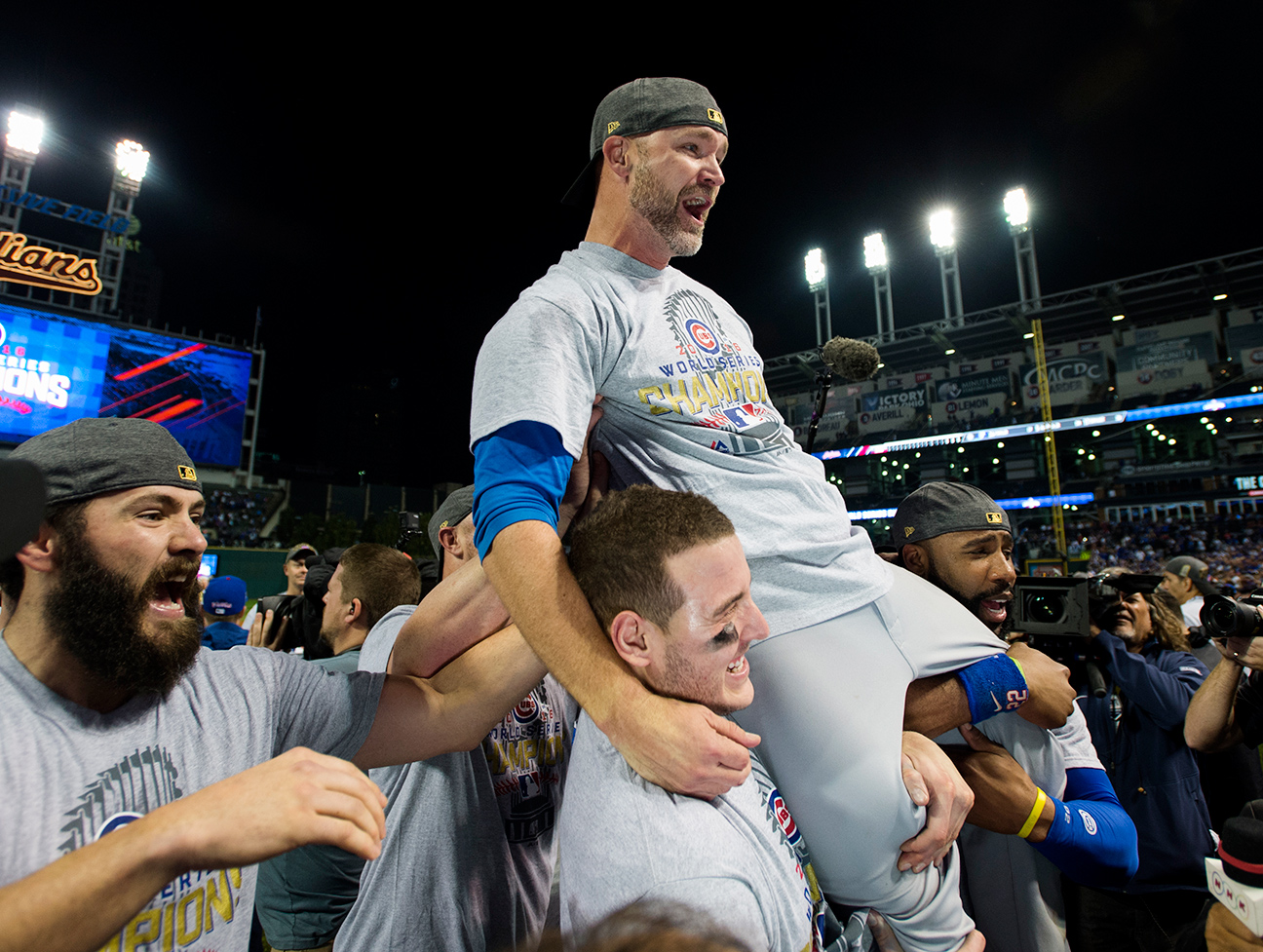 Ross gets the ride of his baseball life after winning a championship on the final game of his career. "This has been a storybook season for me," Ross said. "And I got my happy ending." 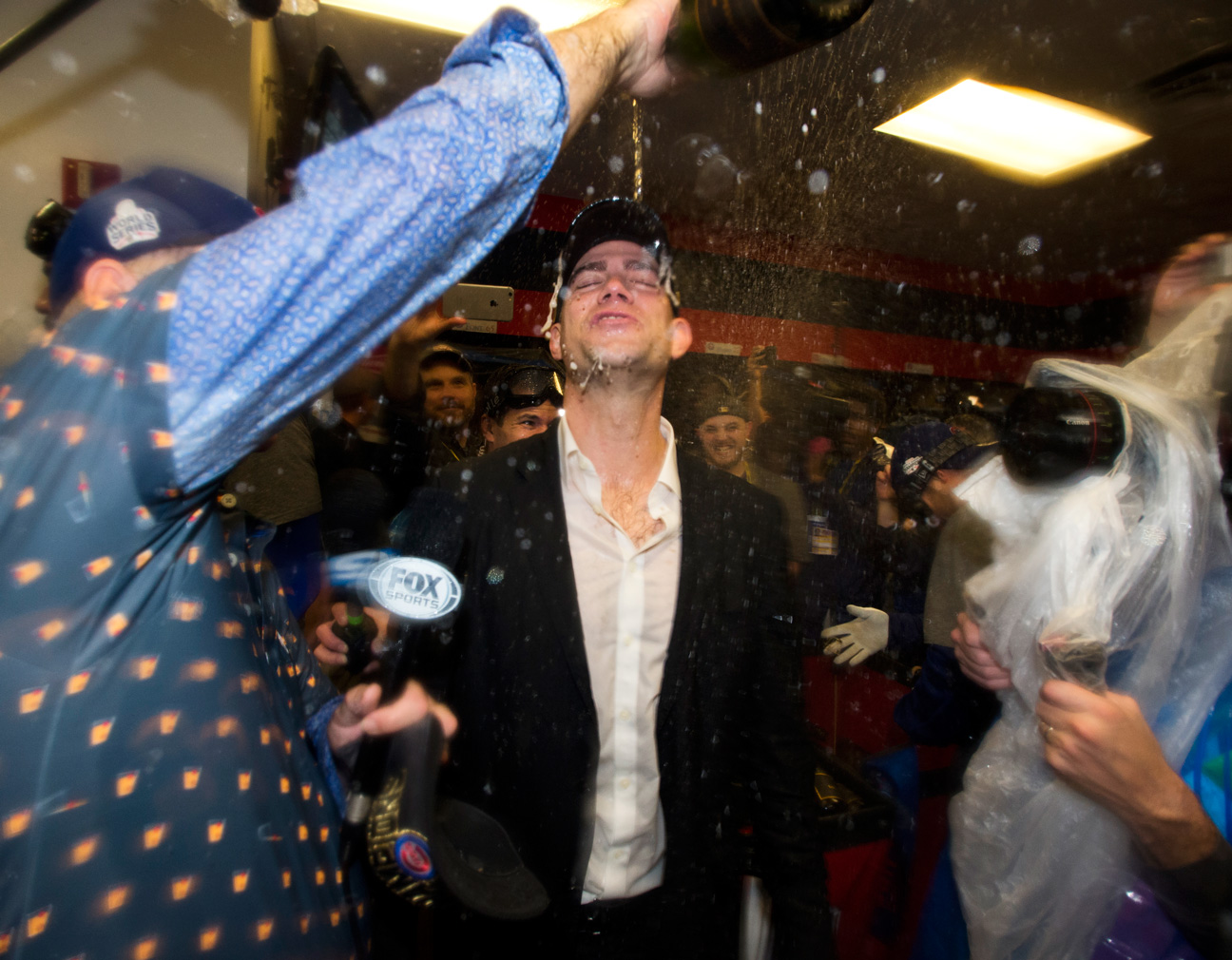 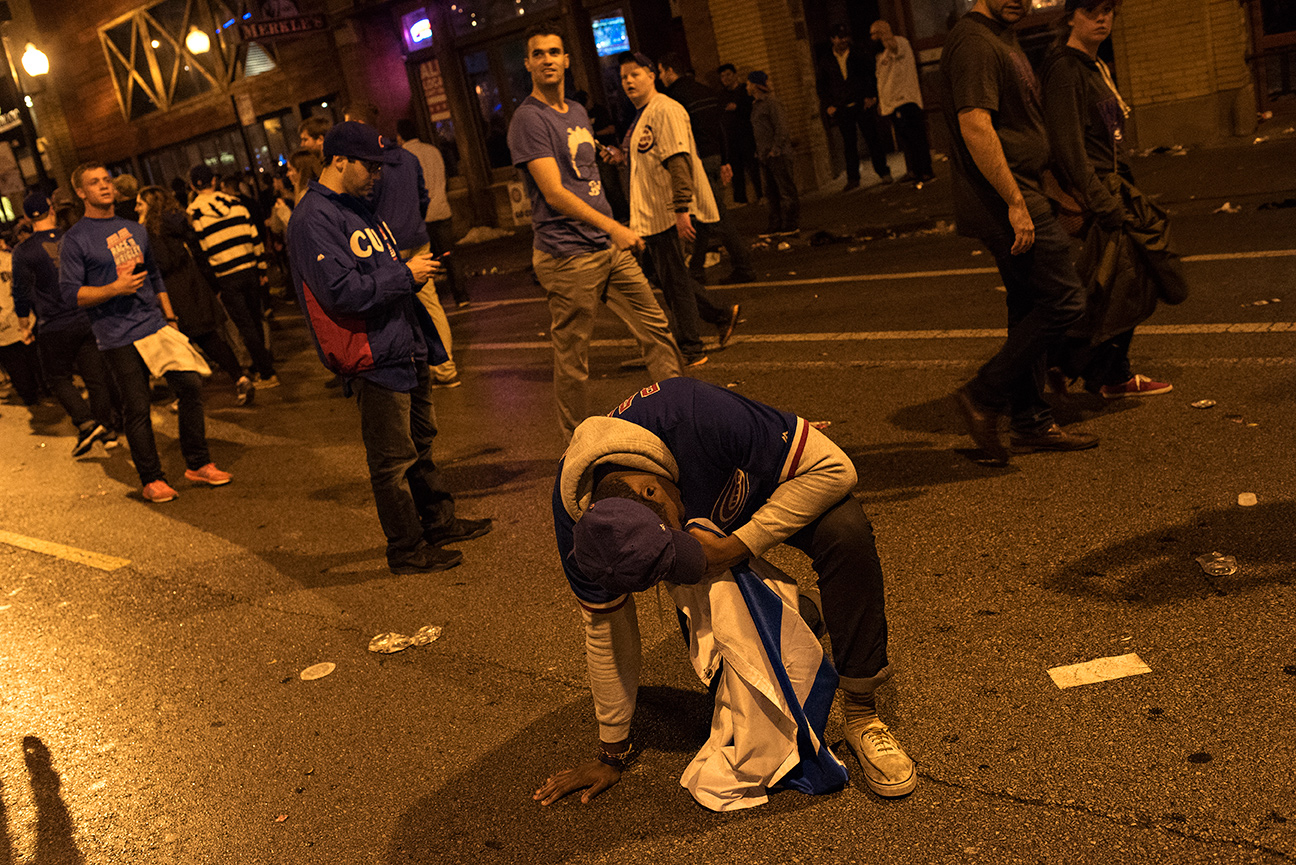 Enjoying "the greatest day of [his] life," Chris Francois of Chicago breaks down in the middle of Clark Street after the Cubs finally shed the burden of 108 years of futility.