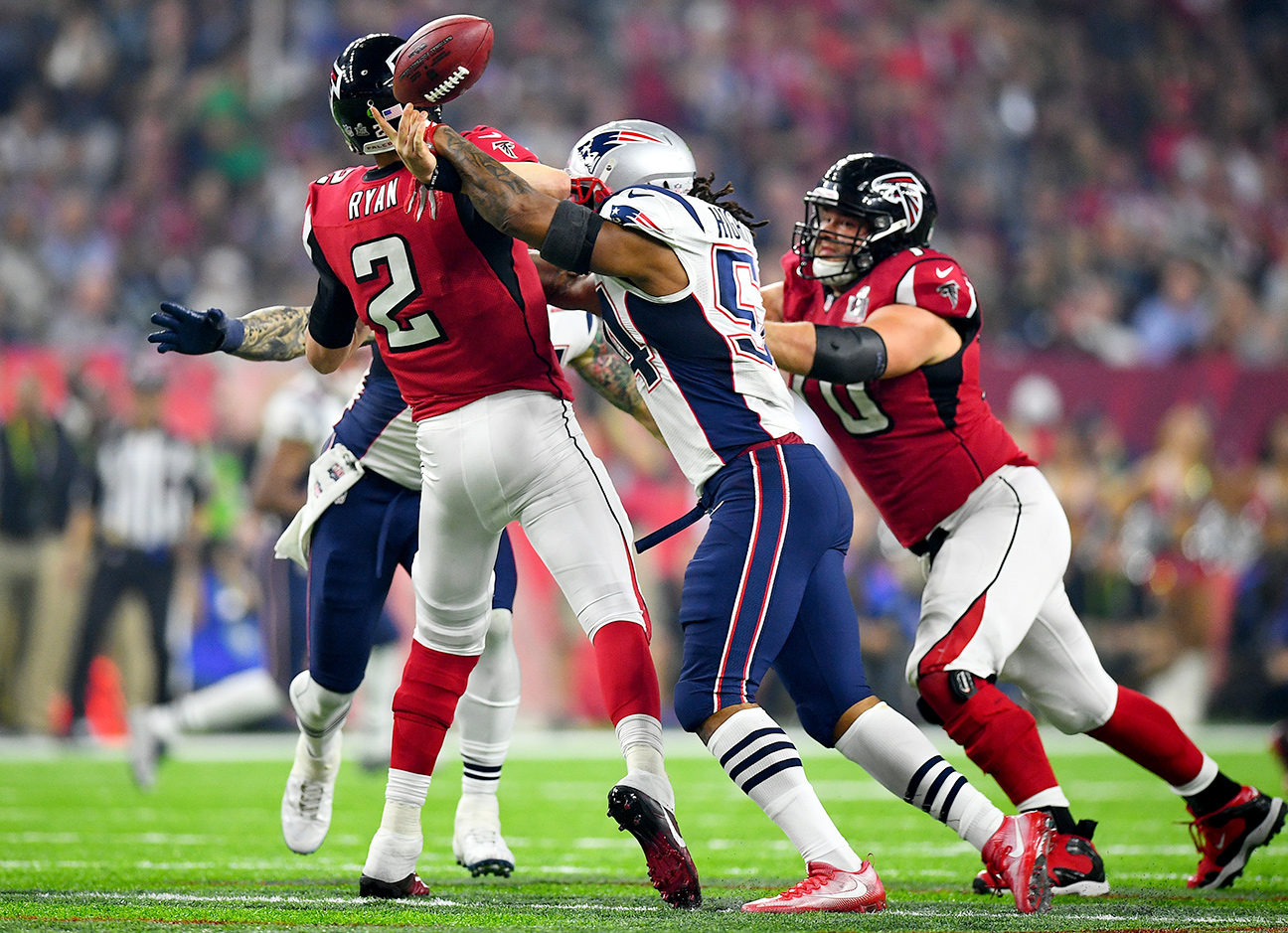 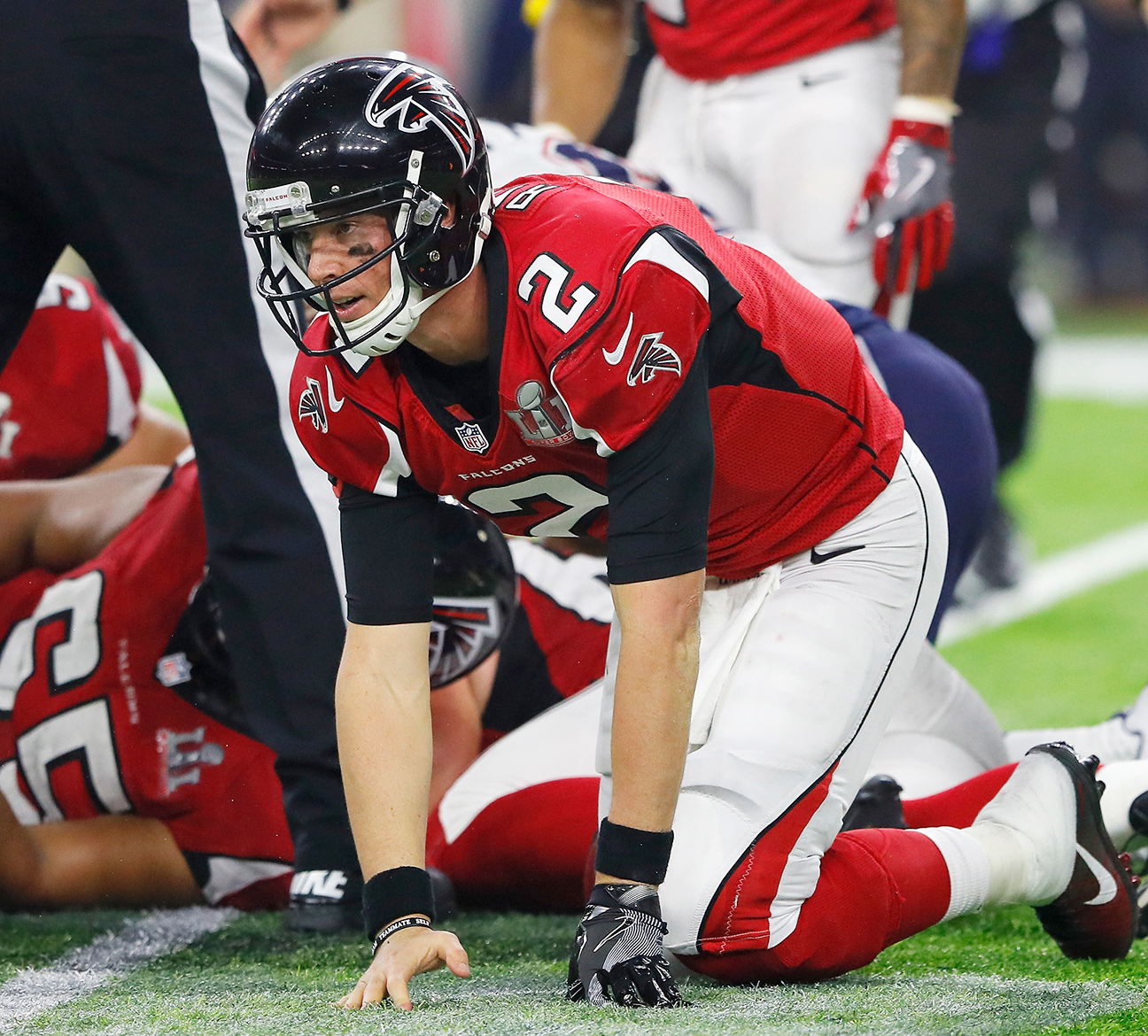 “That is exactly what we needed.” -- Patriots defensive coordinator Matt Patricia 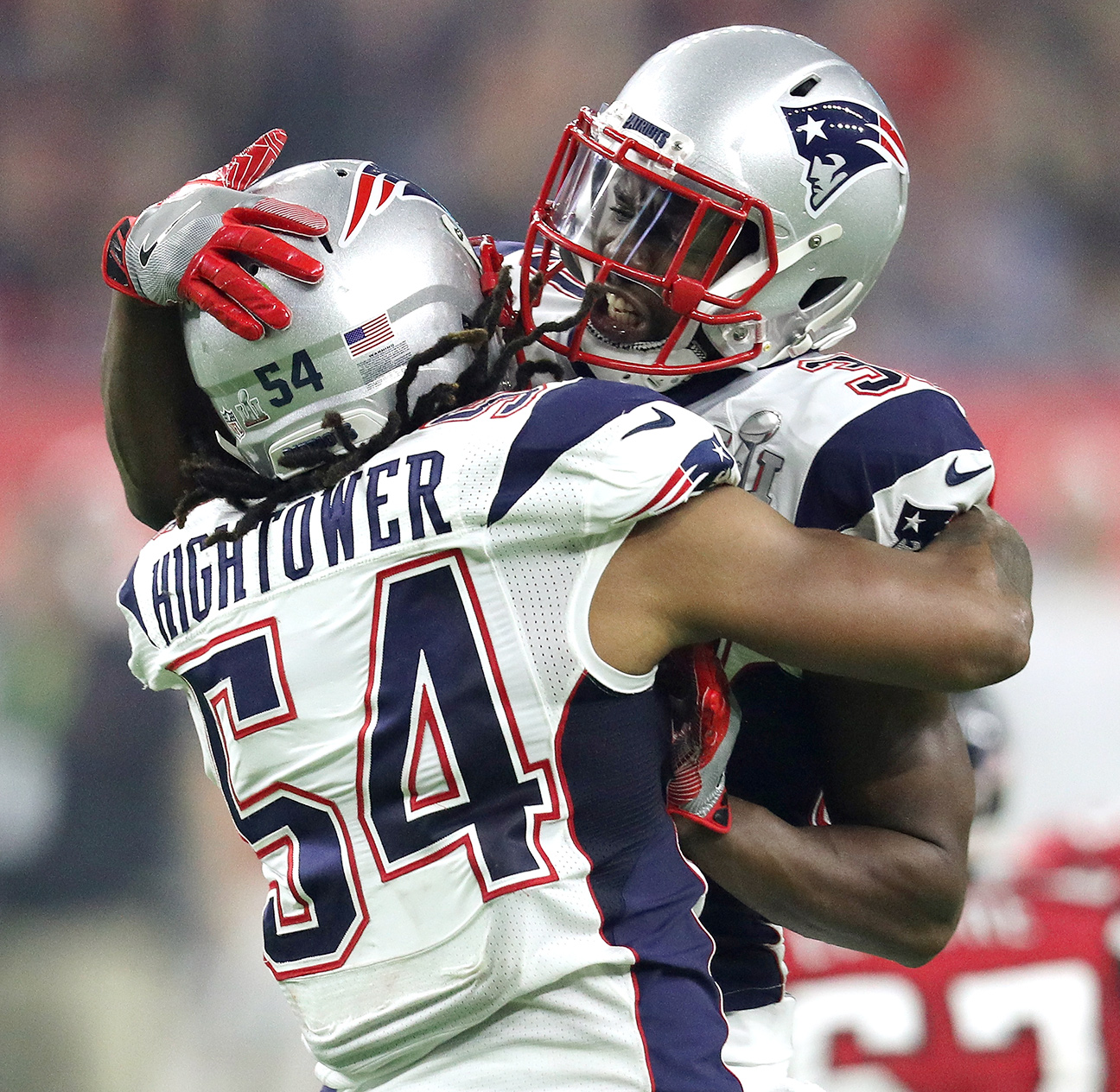 The play: Matt Ryan, out of the shotgun, doesn't have a chance as Dont'a Hightower rushes around the edge on the blitz untouched. Hightower tackles Ryan for the sack and forces a fumble recovered by defensive lineman Alan Branch.

The Falcons' first turnover of the postseason proves to be incredibly costly. The Patriots take over, and on the fifth play of the drive, Tom Brady connects with Danny Amendola for a 6-yard touchdown to cap the 25-yard drive. The Patriots secure the two-point conversion to make it a one-possession game with 6:34 left to play.

“We got the sack, we got the holding penalty and were able to push them back out of field goal range.” -- Patriots head coach Bill Belichick 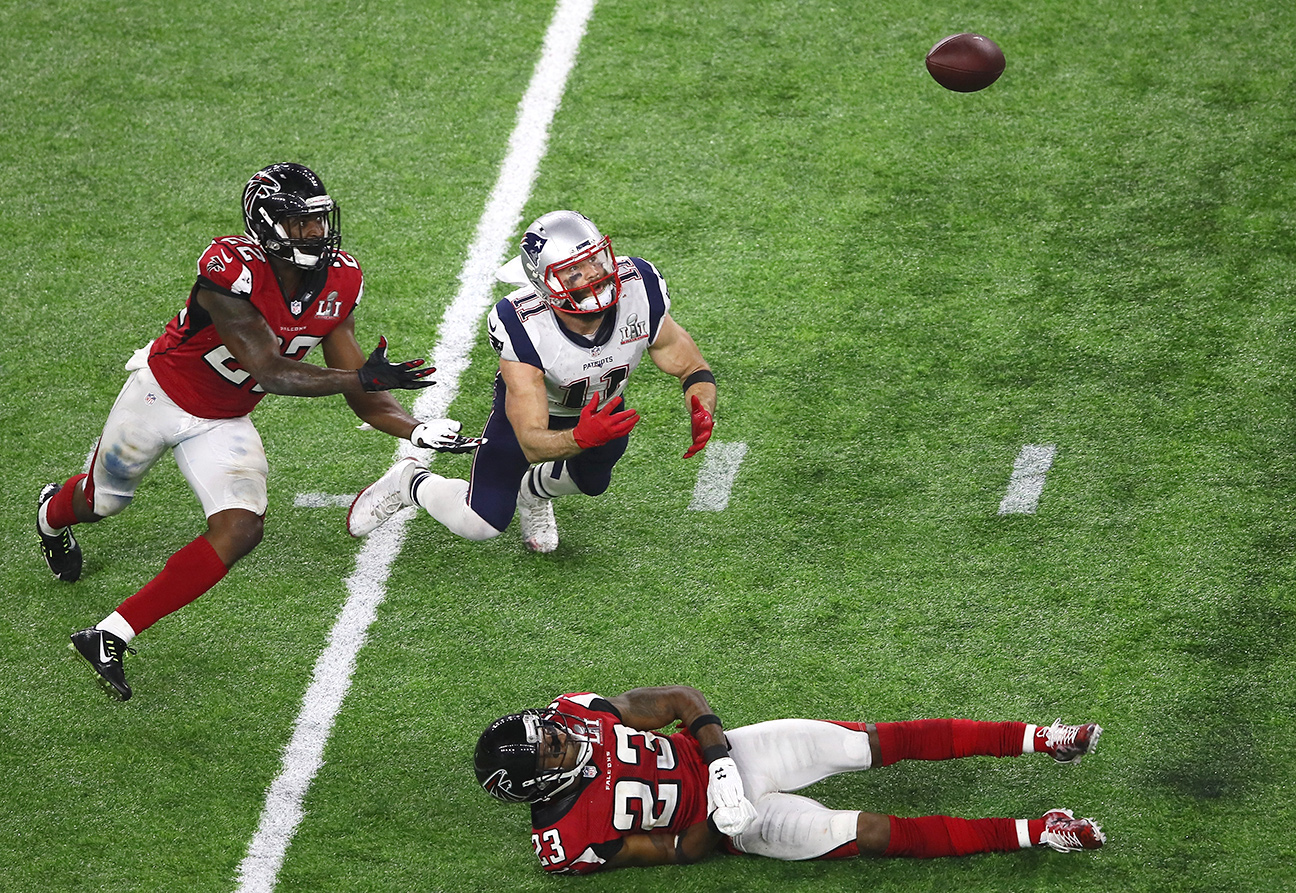 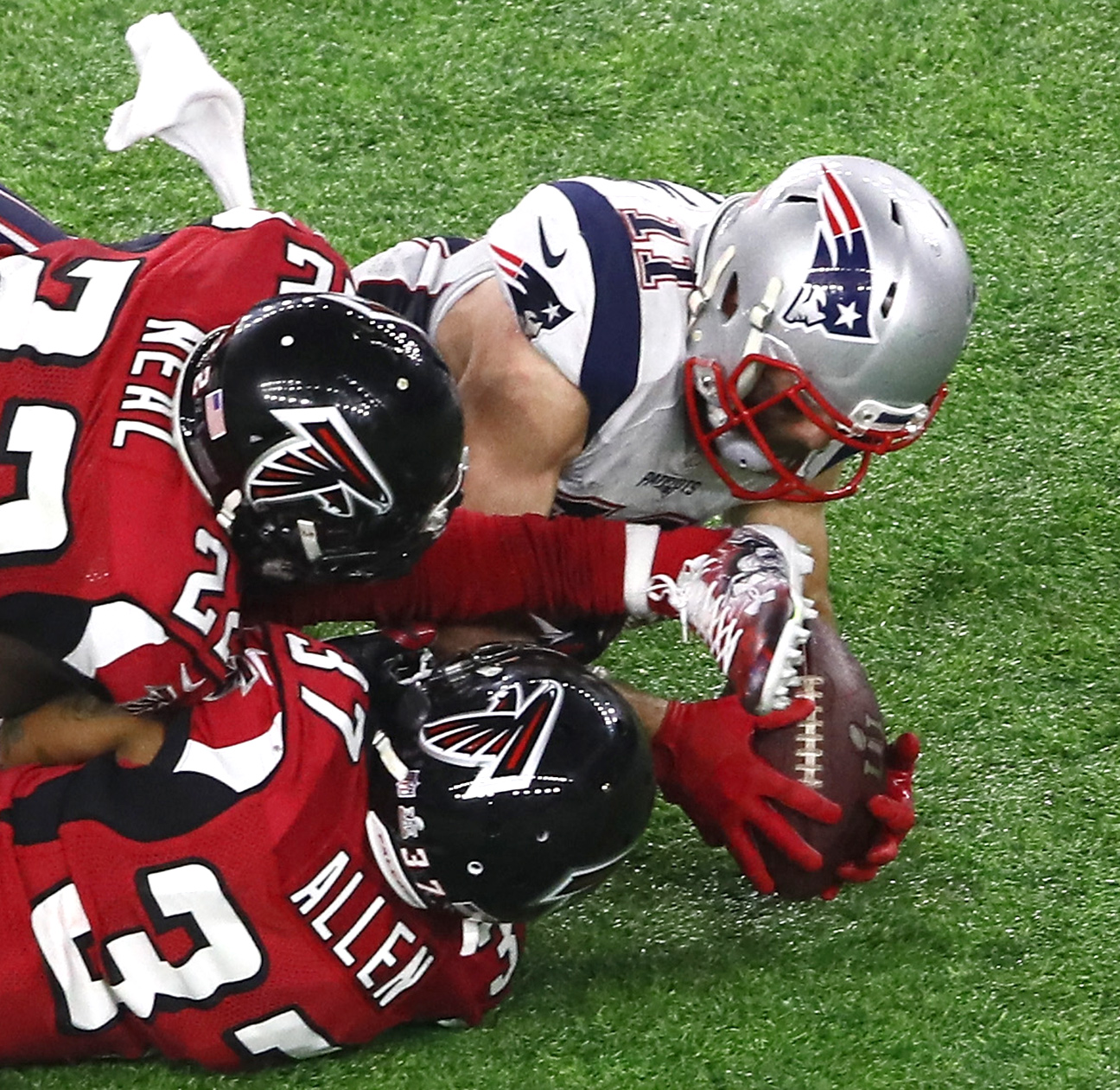 “I think in some of these types of games you may need a play or two like that to go your way in order to come out victorious.” Patriots offensive coordinator Josh McDaniels 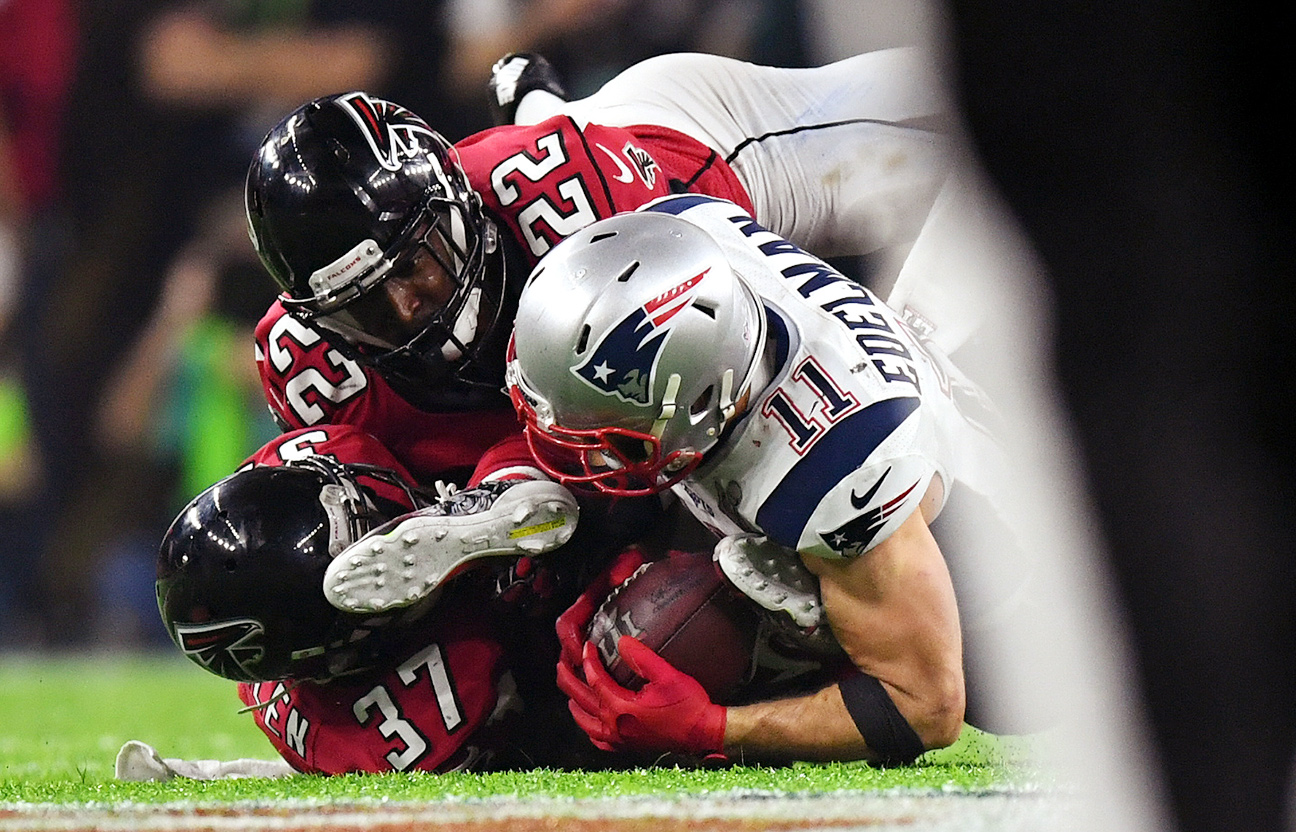 The play: Brady fails to complete the first two passes of the drive but then connects with Chris Hogan on a short pass for 16 yards for a first down. After an incomplete pass to Julian Edelman, Brady connects with Malcolm Mitchell for 11 yards and another first down. On the next play, Brady fires a pass across the middle that is tipped. Edelman dives for the ball and uses unbelievable concentration to secure the ball inches from the ground while falling among three Falcons defenders. Four plays later, James White rushes 1 yard to rumble in for the touchdown. The Patriots get the two-point conversion to tie the score at 28.

“We have been on the other end of a few of those catches, and tonight, you know, we came up with it.” Patriots quarterback Tom Brady 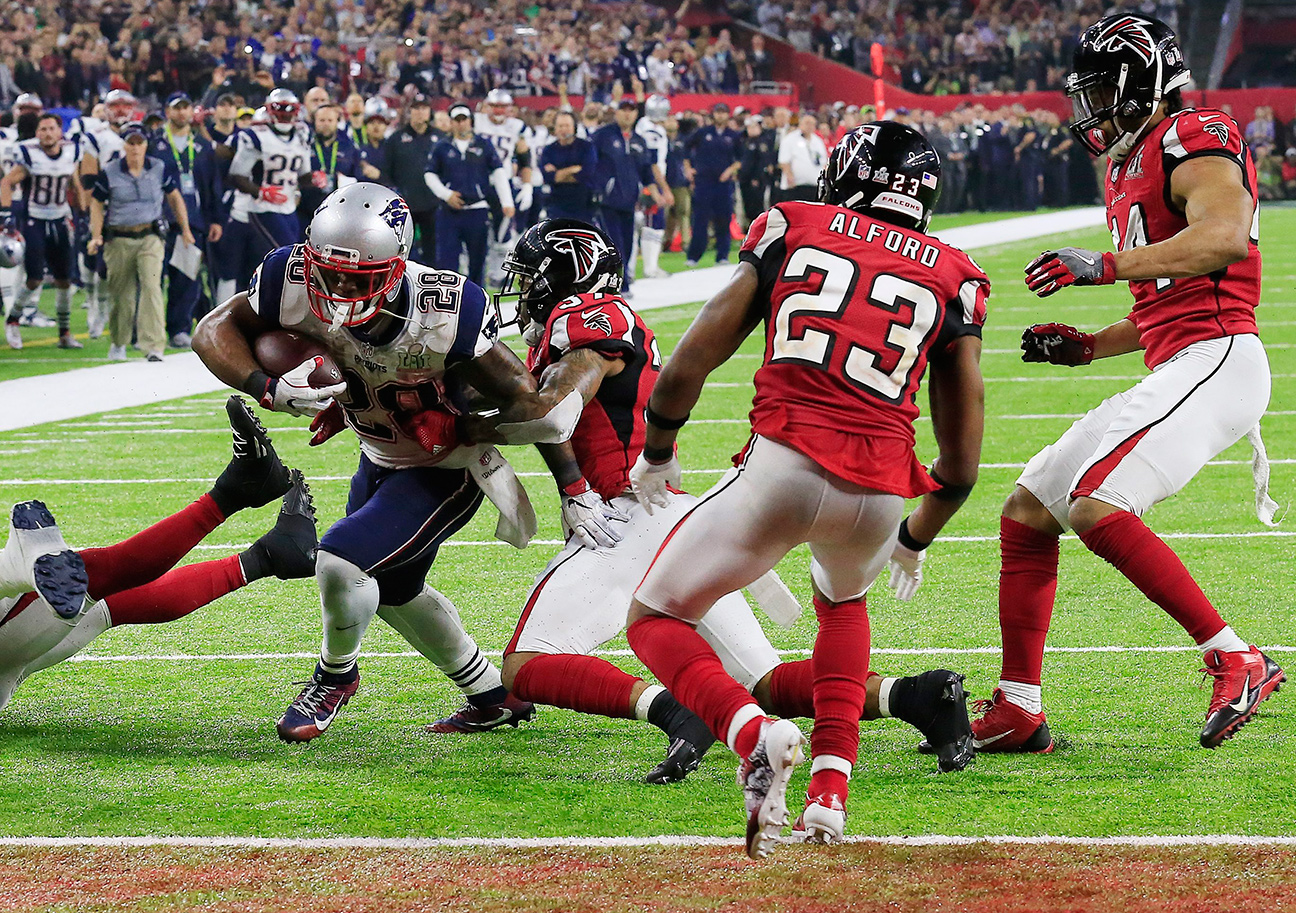 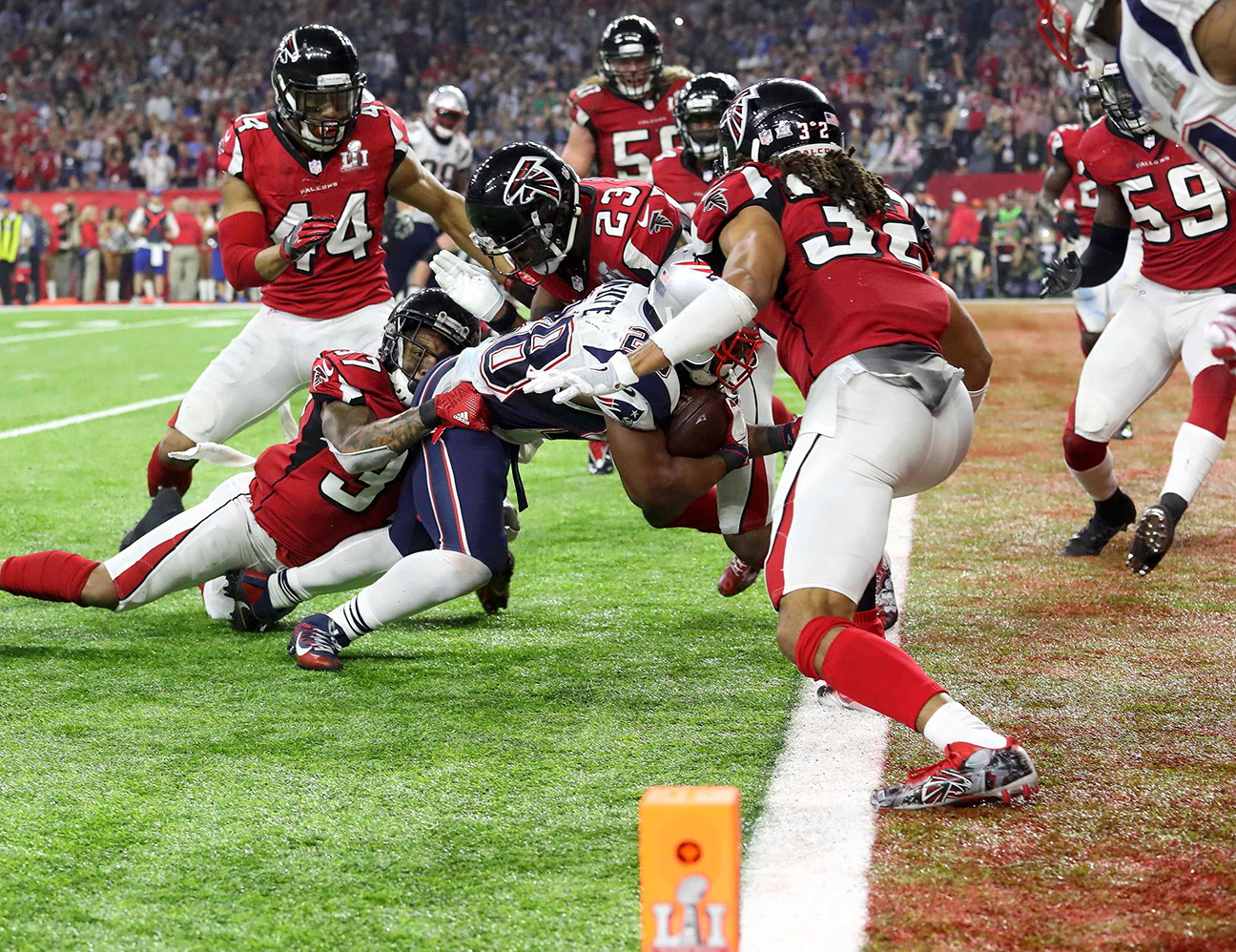 “He's a clutch receiver and very good with the ball in his hands.” -- Belichick 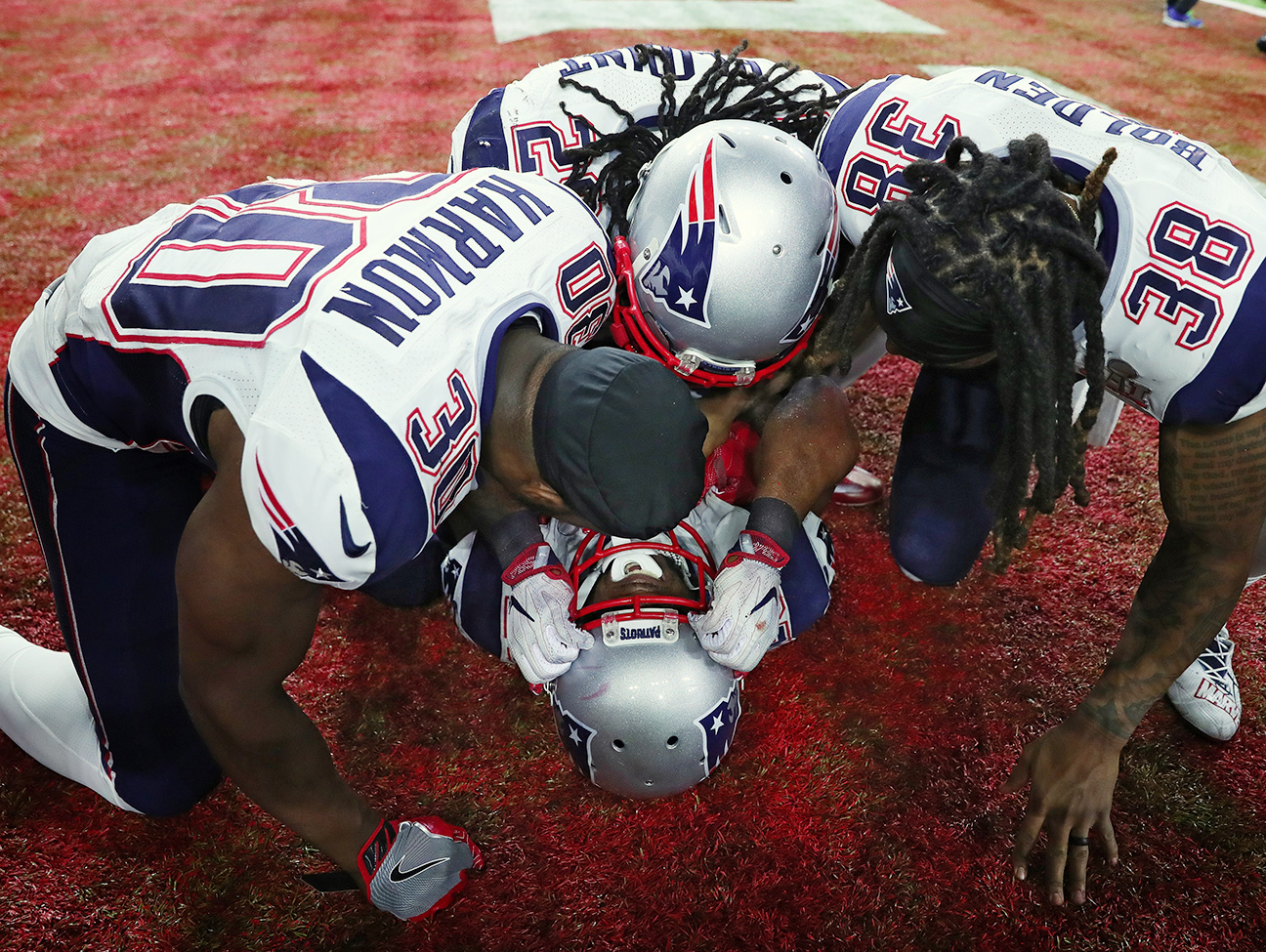 “James White is just everything you want in a teammate and football player.” -- Brady 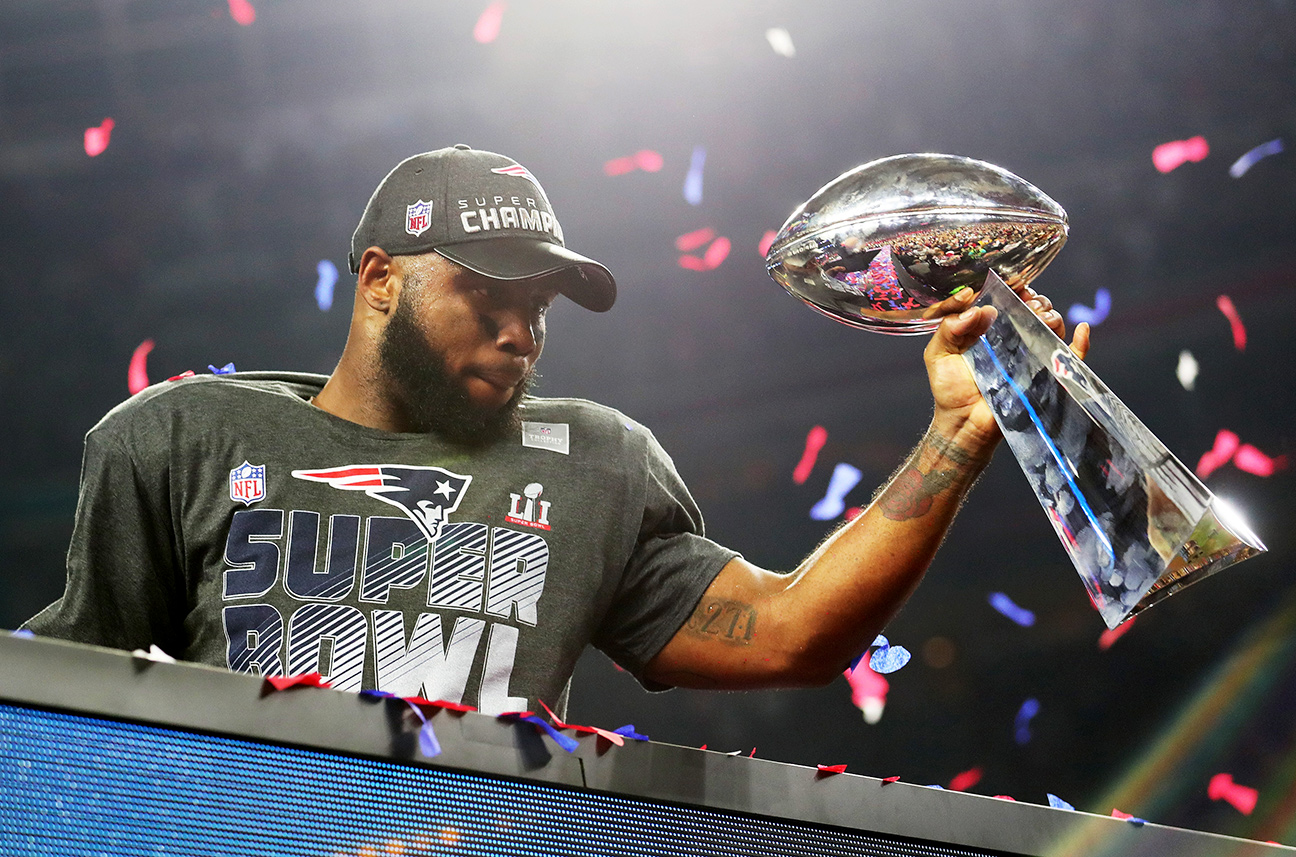 The situation: The first overtime in Super Bowl history, the Patriots and Falcons are tied at 28.
The play: The Patriots win the coin toss and elect to receive the ball. After a touchback, the Patriots seem to have the Falcons' defense on its heels as they move downfield. After a pass-interference call against the Falcons, the Patriots set up at the Atlanta 2-yard line. Brady tries to drop a pass in to Martellus Bennett, but it falls short. On the next play, White motors around the right side for 2 yards and the touchdown, securing the fifth Super Bowl championship for Brady and Belichick.