Athletes such as LeBron James and Stephen Curry seem to rise to another plane of existence, even above their superstar peers. Imagine if these stars could get a powerful boost from Dr. Stephen Strange, Sorcerer Supreme and Master of the Mystic Arts.

In a content partnership between ESPN and Marvel, our heroes battle for the fate of the world -- and the Larry O'Brien Trophy in the 2016-17 season. Marvel's protector of Earth against mystical threats has imbued the NBA's greatest players with incredible abilities, even beyond those they've already demonstrated. 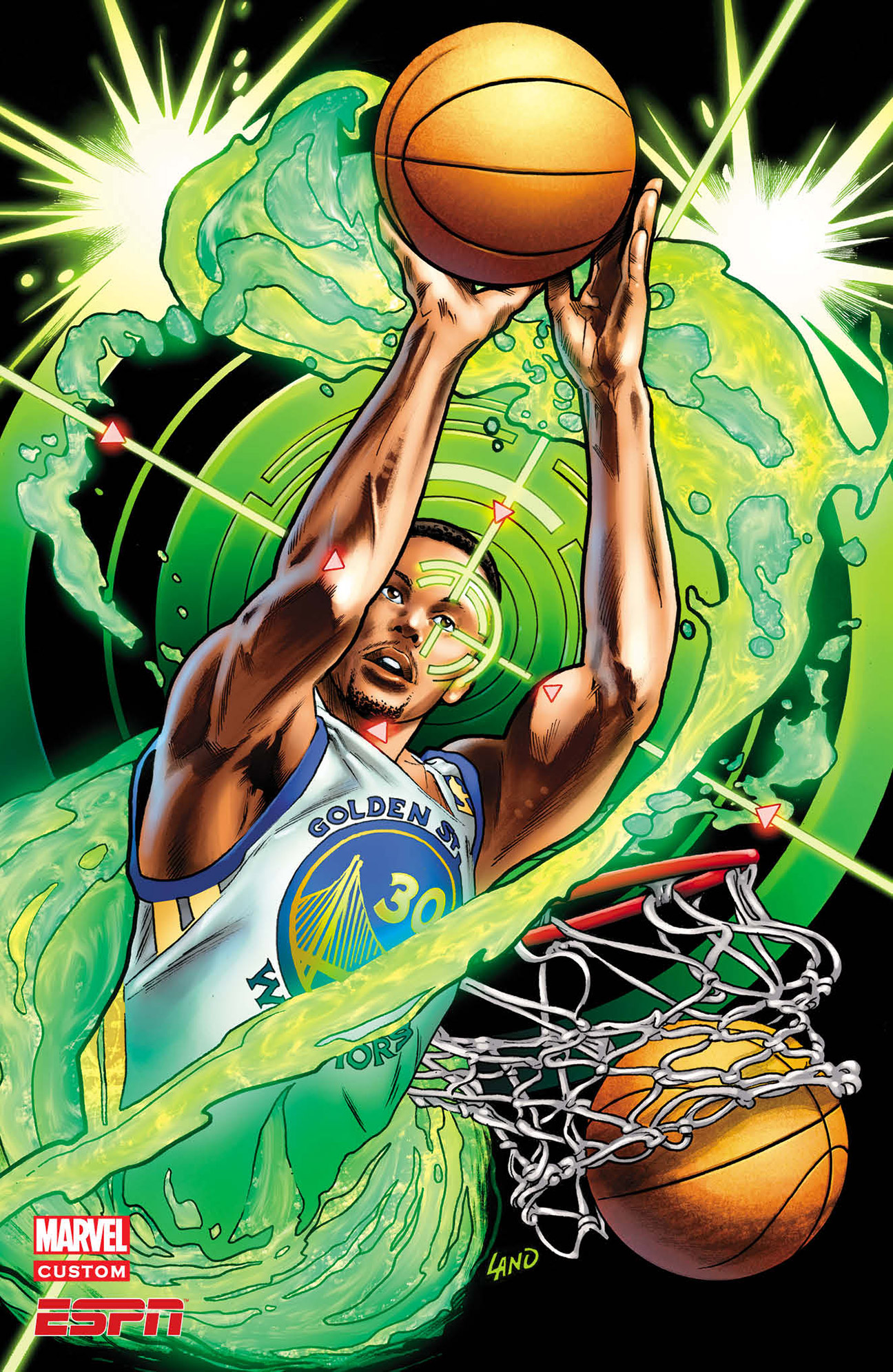 Mind-bending moment: Made a 3-pointer from beyond 30 feet with one second left in overtime to beat the Thunder in Oklahoma City.

The reigning two-time MVP shoots so well from beyond the arc, you'd think he's using the Eye of Agamotto to enhance his vision. Last season he smashed his own single-season record of 286 made 3s in 2014-15, becoming the first NBA player to make 400 3s in a season -- while shooting an unfathomable 45.4 percent from beyond the arc. Curry already has proved his talents are out of this world; now he'll put them to use in a quest to recapture the trophy he lost in June. Illustration by Greg Land and Chris Sotomayor 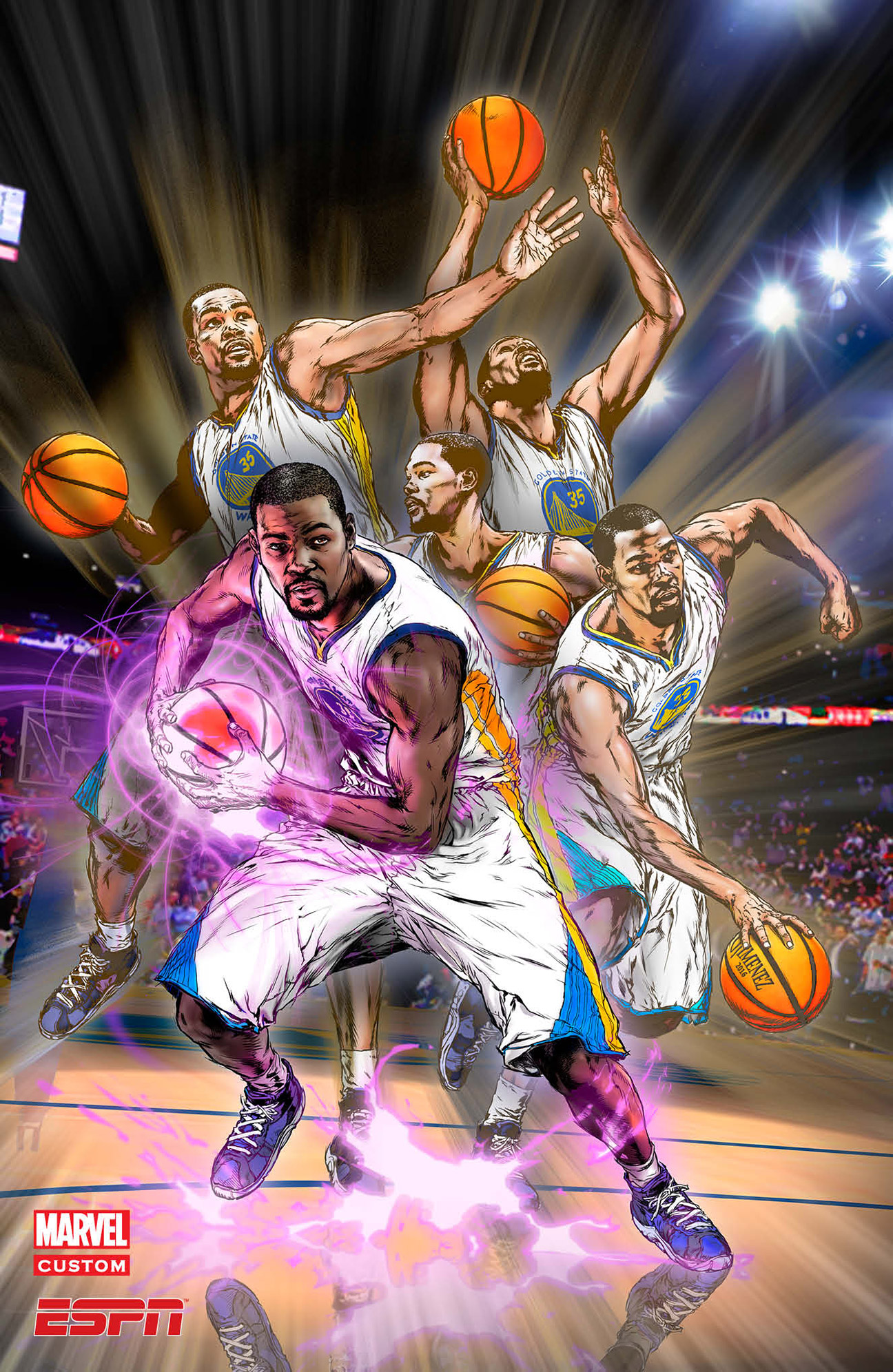 Mind-bending moment: He split multiple defenders and threw down a left-handed slam against the Heat.

Kevin Durant is such a gifted scorer that you'd be forgiven if you thought there were multiple Durants on the court at any given moment. But the newest Warriors star isn't astral-projecting to fool defenders -- instead, he's blowing past them, slicing through them or shooting over them to get to 20 points with more frequency and consistency than any other player in the league. Illustration by Oscar Jiminez 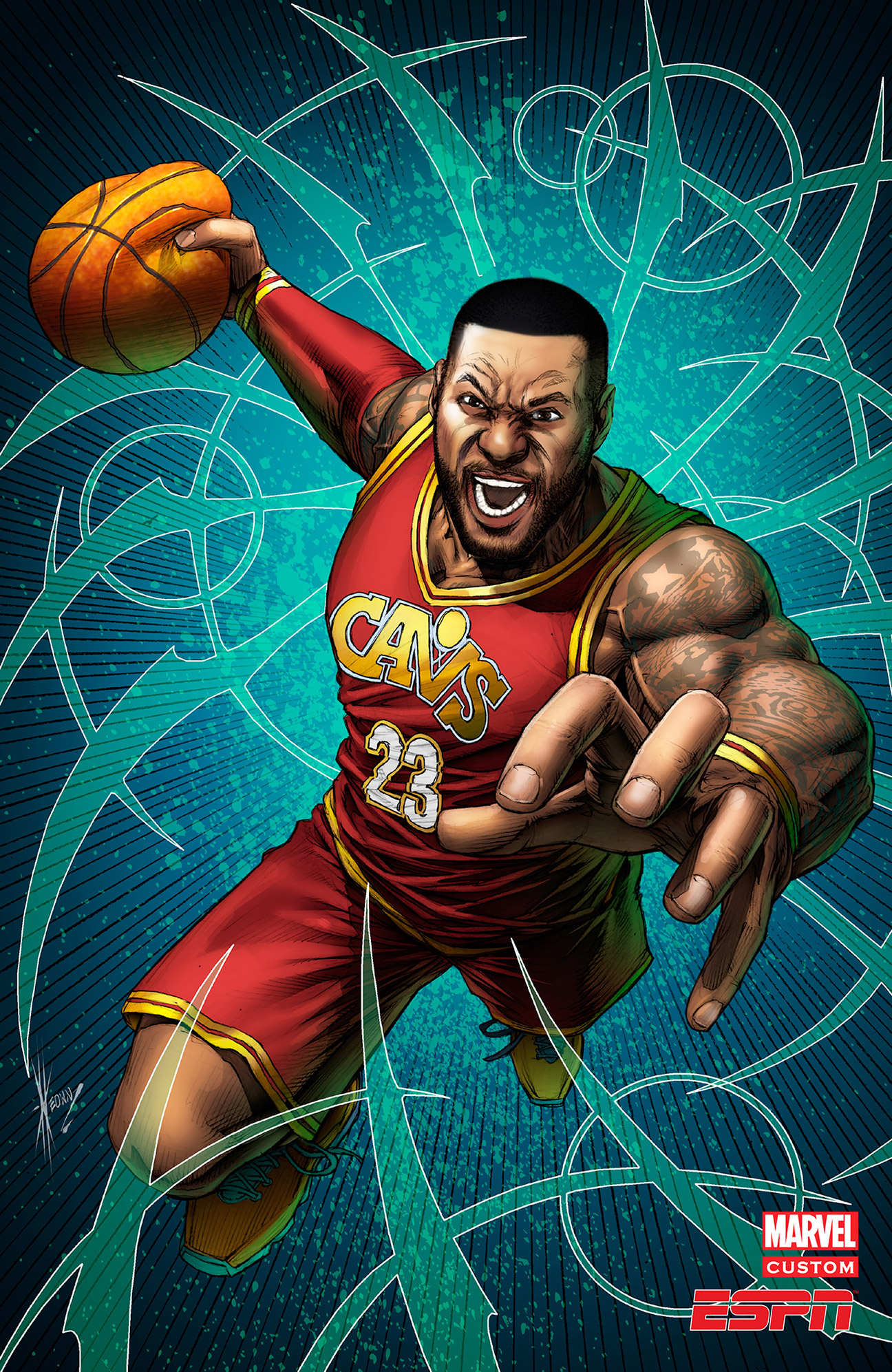 Mind-bending moment: Chase-down block on Andre Iguodala to preserve a tie late in Game 7 of 2016 Finals.

Prior to June, we believed we lived in a world in which Cleveland was incapable of winning a championship. But LeBron James knew that such a reality was just one of many, and he used his supernatural abilities to overcome seemingly insurmountable odds and introduce us to a world in which Cleveland is the city of champions. As The Ancient One says, not everything has to make sense -- like a player seemingly teleporting across the court to pin an opponent's shot against the backboard in the most important game of his life. Illustration by Dale Keown and Chris Sotomayor 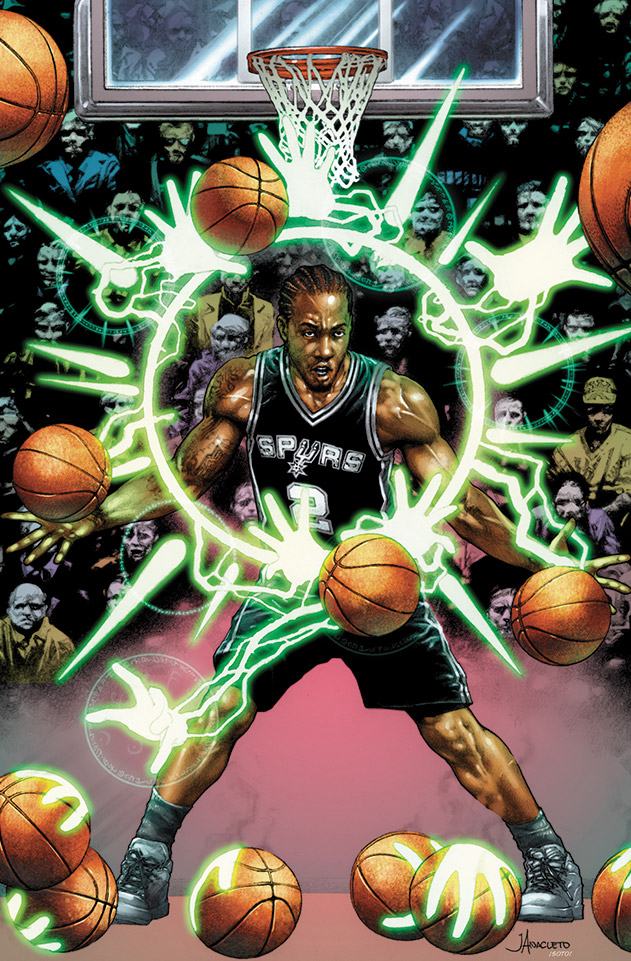 Power: Defender of Earth and the cosmos

While some stars impose their will on the opposition, Kawhi Leonard merely prevents his opponents from imposing theirs. He demonstrates more skills with his hands (1.8 steals, 1.0 blocks per game in 2015-16) than Stephen Strange did as a neurosurgeon, creating a virtual force field around the Spurs' basket. If Doctor Strange is Earth's defender against mystical threats, then Leonard is the defender against basketball threats. Illustration by Jay Anacleto and Chris Sotomayor 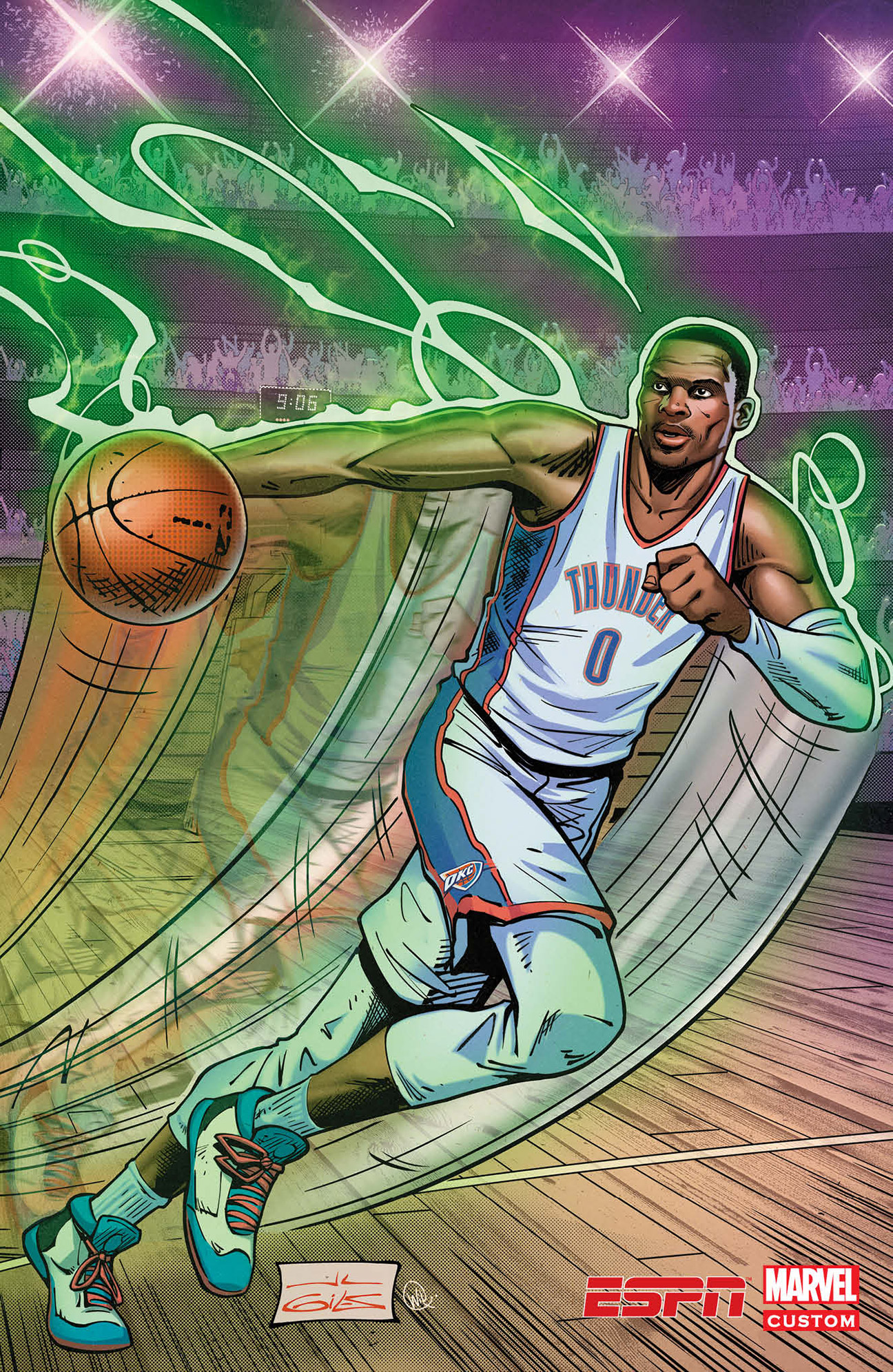 Mind-bending moment: Inbounding the ball off Rodney Hood before draining a buzzer-beater against the Jazz.

At times, Russell Westbrook appears to be a demon on the court, but he's no Dread Dormammu. He is Thunder and Lightning in a single package, zipping around the court and leaving defenders in his dust, then turning them into dust with rim-rattling slams. With his former running mate off to Oakland, Westbrook will take the step up from nominal sidekick to lone hero of OKC in 2016-17 -- with his colorful costumes at the ready. Illustration by J.L. Giles and Wil Quintana