No fanfare, announcements or big expectations. Almost silently. That's how Osvaldo Virgil made his major league debut on Sept. 23, 1956, for the New York Giants at the Polo Grounds.

On Saturday, the 50th anniversary of the arrival of the first Dominican ballplayer in the majors also will happen without a major celebration. Although Virgil's arrival changed baseball radically, it will barely be mentioned in either the U.S. or the Dominican Republic. But Virgil hasn't forgotten.

"I can still remember my blood streaming furiously through my veins and adrenaline almost choking me on my first day in the majors," Virgil told ESPNdeportes.com recently.

"It was very hot, and we were playing the last game of a series of three against Philadelphia. I was placed on third base and went 0-for-4, but I felt as if I'd finished 4-for-4," Virgil said. "I had been upgraded from the minors two or three days before, and I knew I would be the first of my small country to arrive in the best baseball league in the world. But what I never suspected was that in time, it would become something ordinary.

"I have always felt grateful and fortunate to have been chosen by God to open the doors of MLB for my countrymen, considering that hundreds with more talent than me hadn't been given the chance."

In 1958, he became the first black ballplayer for the Detroit Tigers, who were among the last teams to break the racial barrier. In his Tigers' debut, he was 5-for-5.

He started a new career as a coach with the Giants in 1969. He was manager Dick Williams' third-base coach in San Diego for a long time and then worked with Williams in Montreal and Seattle.

But it is not his athletic talent or his skills as a baseball strategist that make him important to the Dominican Republic. Virgil was the pioneer for a country that has become the strongest international force in the world's best baseball league.

That seemingly insignificant event 50 years ago was the root of an extraordinary phenomenon that has greatly improved America's national pastime.

Since Virgil's debut, another 446 Dominicans have played major league baseball, including 28 who arrived during the 2006 season. The list includes third baseman Alex Rodriguez, outfielder Moises Alou and second baseman Ron Belliard, born in the United States of Dominican parents. 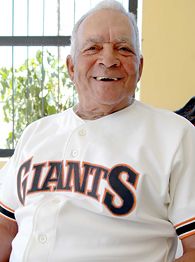 In 2005, Rodriguez, twice an MVP, was selected to the all-time Latin Legends team in a vote of the fans.

Opening Day rosters this season included 85 players from the Dominican Republic, and a total of 139 Dominicans have played in the majors this season. Every team in the AL and NL has had at least one in action.

"Virgil should be for my country as important as [Jackie] Robinson [is] to the African-American," Boston Red Sox slugger David Ortiz said. "I'd place his legacy up there with that of those who established our republic. ... If I weren't playing baseball, I would most likely be working in my country. I thank God every day for opening the doors to the big leagues for me."

A report issued by the commissioner's office indicates that Major League Baseball has contributed almost $80 million to the fragile Dominican economy and helped create about 2,000 jobs, directly or indirectly, on the island.

"I was put to test for 90 days in the Giants' practices before my contract was approved as professional," Virgil said. "But now things are different."

Recently, the Giants gave a $2.1 million bonus to Dominican prospect Angel Villalona, a young third baseman. Six Dominicans are among the 25 highest-salaried players, and all six earn more than $13 million per season.

In a half century, Dominican players have won seven MVP, three Cy Young and five Rookie of the Year awards. Twice, a Dominican has been named Manager of the Year. And Dominicans have won eight Hank Aaron Awards, given to the game's best overall offensive performer; three Rolaids Relief Awards, given to baseball's best relief pitcher; and one Robert Clemente Award, honoring community service. Six batting titles and numerous selections to All-Star Games should not be omitted.

"Every major league organization has a baseball academy in the Dominican Republic that helps prepare young players with English courses and other studies before they first travel to America," Virgil said. 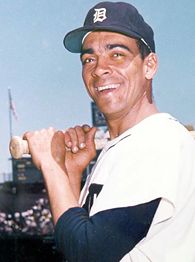 Jackie Robinson's debut with the Brooklyn Dodgers in 1947 as the first African-American to play in MLB is considered a key event in the history of baseball. But Virgil's feat is unknown even by many of his countrymen, including players.

"I had heard the name, but I don't really know what he's done," Florida Marlins rookie shortstop Hanley Ramirez said.

Ramirez, though, can be excused. Virgil is rarely mentioned by the Dominican sports media, and available sources to spread the news about this historic event are practically nonexistent.

"It is a shame that in the Dominican Republic there isn't even a [park] with my name. But there are no facilities with the name of Marichal or Felipe Alou either, only to name some examples," said Virgil, now 73.

Virgil was to be honored on Friday by local dignitaries in his hometown of Monte Cristi in the D.R. But other than that, the only known tribute planned in the Dominican Republic to celebrate the 50th anniversary of Virgil's arrival in MLB is an Oct. 23 dedication by the Winter Dominican Baseball League.

"It is something," Virgil said. "But I don't think my countrymen really appreciate the importance of the event which I had the fortune of leading."

In the United States, there won't be special ceremonies, although the San Francisco Giants will host a screening next week of "Republic of Baseball: The Dominican Giants of the American Game." But for the most part, the 50th anniversary of the arrival of Dominicans in Major League Baseball will pass as silently as Virgil's arrival in 1956.

Enrique Rojas is a reporter and columnist for ESPNdeportes.com and ESPN.com. The Associated Press also contributed to this report.