Ralph Avila knows a thing or two about revolutions.

During his youth in Cuba, he was part of a militant workers group that sought to assassinate dictator Fulgencio Batista but turned its back on a young rabble-rouser named Fidel Castro when he offered to help.

Disappointed at being left out, Castro started his own rebellion. Avila soon joined him, and we all know how that turned out.

Like many Cubans, Avila ultimately turned against the Castro-led rebellion and fled to Miami. By 1961, he was headed back to Cuba as part of the ill-fated Bay of Pigs invasion. And we all know how that turned out, too.

Eventually, he traded in his gun for a bat and settled into life as a coach and scout in Florida, where he received orders to start another revolution -- a baseball uprising, this time -- in the Dominican Republic.

"Al Campanis told me, 'You'd better move there and start to work 100 percent in the Dominican. We're going to have a chance to sign ballplayers in the Dominican,'" Avila remembers the late Los Angeles Dodgers general manager instructing him.

Was he ever. Today, the Dominican Republic, with a population smaller than that of Los Angeles County, is home to more than 10 percent of all major leaguers and more than a quarter of the players under minor league contracts. Included among them are some of the game's biggest stars, such as Albert Pujols, David Ortiz, Pedro Martinez and Vladimir Guerrero.

It's possible that without the push from Avila -- not to mention Jackie Robinson, the Cuban revolution, the assassination of Dominican dictator Rafael Trujillo, baseball expansion and the amateur draft -- none of it would have happened.

But perhaps we're getting ahead of ourselves. Let's start with Avila, a former semipro player in Cuba who joined the Dodgers as a Latin American scout in 1970 and quickly immersed himself in the Dominican scene.

Thirty-six years ago, it took some vision to see the country as a baseball hotbed. Between Ozzie Virgil's debut with the New York Giants in 1956 and Avila's move to the island 14 years later, just 24 Dominicans had played big league baseball -- although among them were future Hall of Famer Juan Marichal, batting champions Matty Alou and Rico Carty and three-time All-Star Felipe Alou.

"When I went there in 1970, I saw that [Dominican players] had the natural ability," Avila said. "What they needed was the baseball fundamentals. They didn't know much about the fundamentals."

So Avila set out to teach them. He established a working agreement between the Dodgers and Santo Domingo's Licey team, the oldest franchise in the Dominican winter league. Avila also managed the team on and off, and coached for the Dominican national team as well. 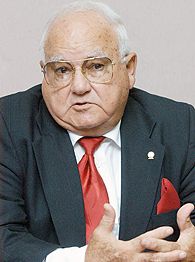 And the Dominican players weren't the only ones to benefit. The experience also taught Avila's son, Al, how to evaluate talent -- a knack Al is still using as the assistant general manager of the playoff-bound Detroit Tigers. Before he joined the Tigers, Al Avila oversaw a Florida Marlins scouting department that discovered, among other Latin stars, Miguel Cabrera.

As Ralph Avila began his work in the Dominican Republic, two ideas really changed the landscape of baseball on the island. One was the training academy; the other was the Dominican Summer League. Both were pioneered by Avila and legendary Blue Jays scout Epy Guerrero.

"When you've got an academy over here, [players] work out for two years, three years. They play 72 games during the summer league," says Patrick Guerrero, Epy's son and the director of the Seattle Mariners' Dominican program. "It's a [Baxter, Kevin] big difference when you see a guy take 500 at-bats in a year than when you see a guy only do two workouts."

Eventually, the Dodgers would sign and develop brothers Ramon and Pedro Martinez, future rookie of the year Raul Mondesi, Jose Offerman and Juan Guzman (who made it to the big leagues with Toronto), among others, while Guerrero sent five-time All-Star Tony Fernandez and others to the majors. The rest of baseball scrambled to catch up; and soon, all 30 big league teams -- as well as some Japanese clubs -- had developmental academies in the Dominican.

But simply teaching kids the fundamentals wasn't enough to spark the change that fueled a Dominican baseball explosion that has resulted in more than 1,500 players signed to professional contracts in 2006 alone, making the D.R. the most prolific producer of baseball talent outside of the U.S.

Nor did it happen overnight. The flood of Dominican talent, which began as a trickle 50 years ago when Virgil appeared in his first game, depended on the confluence of several events, including the integration of baseball; the triumph of the Cuban revolution, which closed that island off to major league scouts; political upheaval in the Dominican, which made talent there available; expansion in the major leagues; and the move toward an amateur baseball draft in the U.S., which increased the demand for more and cheaper players.

That was especially true in the Dominican, where more than 85 percent of the population is black or mestizo.

"Everybody knew about them, and they'd been playing in integrated leagues down there for a couple of decades," Klein says of black Dominican stars. "In fact, the template for racial integration really was forged  in those leagues."

Adds documentary filmmaker Daniel Manattk, whose film "Republic of Baseball" about the game in the D.R. has been running on PBS: "Race, no question, was a huge part of it." 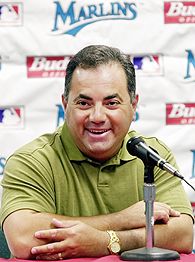 Next came the Castro revolution in Cuba, which at the time was baseball's largest supplier of foreign-born talent. (Avila estimates some 300 Cuban players were under contract to U.S. teams.) So when the new government cut off relations with the U.S. and banned professional sports on the island, baseball needed a new supplier.

"They used to have scouts all over the island looking for players," says Cuban-born Hall of Famer Tony Perez. ''Then, after the revolution, it stopped. And they went somewhere else."

The timing couldn't have been worse for Cuban players. In 1961 and '62, Major League Baseball expanded twice, opening up hundreds of new major and minor league jobs. Without access to the Cuban market to fill those spots, baseball extended its reach into the Dominican and elsewhere.

"[When] we only had 16 ball clubs, you [had] to be a superstar to play in the major leagues," Avila says. "But after Castro closed the door and came expansion in the big leagues, they needed ballplayers. That was the reason Campanis sent me to scout in Latin America, especially the Dominican."

Signing Dominicans wasn't necessarily easy, though. Although the Giants and Pirates had scouts working in the country, there were serious obstacles to signing the best players on the island. Ramfis Trujillo, the son of dictator Rafael Trujillo and head of the country's air force, drafted the best players for his military team and was loathe to let them go.

When the dictator was assassinated by CIA-sponsored agents in 1961, however, it ushered in an era that, among far more important things, made it easier for big league teams to operate on the island.

"The draft in the United States, Castro closed the door in Cuba and they killed Trujillo -- [that] opened the door for players to come here," Avila says. "It was a combination of three different situations."

Still, not until the 1990s, when more than 130 Dominicans debuted in the majors, did the trickle of players start to become a flood. By then, nearly two dozen teams had developmental academies. Signing bonuses in the Dominican were so small -- Mets general manager Omar Minaya, while serving as a scout for the Texas Rangers in 1985, signed Sammy Sosa to a contract for just $3,500 -- that teams could bring in several Dominicans for what it cost to sign a midlevel draft pick in the United States.

"It took a little while to prime the pump," Klein says. ''If you look at every decade, you can see the kind of mushrooming numbers of players coming through. Now, the Dominican produces a ton of players -- more than even I would have predicted 15 years ago."

And it shows no sign of abating. With Venezuela also producing record numbers of players, Klein says the only thing stopping those countries from providing as much as half the talent base for U.S. professional baseball is a lack of available work visas in the post-Sept. 11 environment.

"There's no question if they opened up the quotas, we would see it," he says.

Epy Guerrero agrees, adding that in his mind, there are more sinister reasons behind the restrictions.

"Before, you could go and sign. Now, you have too many rules to go and sign," he says. "To me, they've tried to stop the Latin American player with all those rules because there are too many of them. Not only too many, they're too good.

"They're trying to stop the Latin American players because they're taking jobs away from the Americans."

Avila, knighted by the Dominican president several years ago for his work on the island, won't be drawn into that argument. Sure, the system has its flaws. But since Avila, who now lives in South Florida, initiated his revolution in the Dominican in 1970, Major League Baseball has become an $86 million industry there, making it the second-largest sector of the economy behind tourism.

And for tens of thousands of families -- most whom have never met Avila -- the fruits of that revolution have changed their lives.

"I'm very proud because I love baseball," Avila says. ''I was born in Cuba and I'm a U.S. citizen. But in the bottom of my heart, I am Dominican."

Kevin Baxter is the national baseball writer for The Miami Herald and co-author of "Miracle over Miami: How the 2003 Marlins Shocked the World." He can be reached via e-mail at kbaxter@MiamiHerald.com.