PHILADELPHIA -- It was a typical blue-sky autumn Sunday morning in northeast Philadelphia, or so it seemed. Parents in lawn chairs surrounded a football field, watching 5- and 6-year-olds play a Little Guys Conference peewee game.

Then there were words, and an argument. A father confronted a coach over his son's playing time. A fistfight ensued. There were screams of "Fight! Fight!" Witnesses said the father pulled a handgun, waved it about 5 feet from a group of kids and pointed it at the coach. People shouted, "He's got a gun! He's got a gun!" In the chaos, scared mothers ran for their children.

The confrontation lasted about three minutes, witnesses said. When it ended, Philadelphia had joined the list of communities confronting a case of parental violence in youth sports.

"I've never seen anything like this," said Capt. John McGinnis of the Northeast Philadelphia Police Detectives Unit. He's a 35-year veteran of the Philadelphia police force and has coached baseball and football locally. "I've seen people get mad at referees and parents voice their opinions, but nothing to this degree. We're talking about 5- and 6-year olds here. This was supposed to be fun. Sometimes, people forget it is all about the kids, and think it's about them." 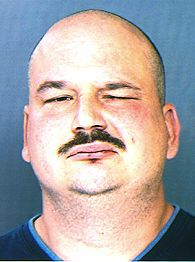 No one was injured and no shots were fired. The father, Wayne Derkotch, 40, was charged with aggravated assault, simple assault and reckless endangerment. Derkotch, who is licensed to carry the silver .357 Smith and Wesson, gave no statement to police upon his arrest. Numerous attempts to reach Derkotch were unsuccessful. He has a Dec. 20 date in Philadelphia County Court.

The confrontation Sunday began at around 10:30 a.m., during the second quarter of a game between the Burholme Outlaws and Oxford Circle Raiders. During the game, Derkotch complained about his son's playing time, and approached Jermaine Wilson, 34, the volunteer coach of his son's Burholme Outlaws team.

"There was a whole bunch of swearing going on and all within earshot of the kids," Wilson said. "I told [Derkotch] that I would talk to him at halftime, or after the game, and I'm thinking, then I'll go and watch the Eagles play. I never had a problem with the guy before. It was a tie game and I told him, 'Let's get up a touchdown or two,' and when you get up in this league, I told him all of the kids are going to play."

According to reports and witnesses, Derkotch is 5-foot-9 and about 215 pounds; Wilson is about 6 feet and 250 pounds.

"We got face-to-face," Wilson said, "but I had to get [Derkotch] away from the kids.  We walked to the side of the field. There were punches thrown and it turned into a full-fledged fight. He had the gun on him. He had it in his waist band. I say that because I heard some people saying he went to his car to get his gun. No, it was on him.

"It's probably the reason why he was acting the way he was. He pointed the gun right at me. I thought I was gone. I thought I'd get shot right there in front of my son. The kids were ducking and running everywhere. After the gun was pulled on me, I was gone." 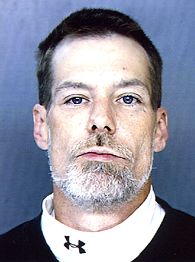 Derkotch ran to his black, four-door SUV and tried to drive away. But referee Shawn Henwood, 39, who had stayed with the players during the fight, went over to Derkotch's SUV and stood in front of it to stop him from leaving. Henwood pulled out a referee's card and tried to write down Derkotch's license plate number.

That's when Paul Derkotch, Wayne's brother, slapped the paper away.

Eight Philadelphia police cruisers arrived minutes later. According to Capt. McGinnis, Wilson had run to a nearby church. The Derkotch brothers were still at the field. Henwood directed police to Wayne Derkotch, according to McGinnis, and that irritated Paul Derkotch.

"[Paul] Derkotch kept coming at me and coming at me, backing me up and lunged at my neck," said Henwood. "That's when I hit him with a right to the jaw. Police jumped on me, ran me into a car, while a lot of people were saying that I didn't do anything. I tried pleading my case to police, but all they saw was me hitting [Paul Derkotch]. [Paul Derkotch] tried helping his brother leave the scene and I wasn't going to let that happen. In hindsight, I should have gotten the attention of the police when Derkotch kept coming at me."

Henwood said he would repeat what he did Sunday. He said he wasn't afraid when he heard the shouts about a gun. He said his biggest concern was the safety of the children.

"These last few days have changed my life," Henwood said. "I get paid $30 a game to referee a game for the little guys and I'll be out there again. I'll probably take this week off, but next week I'll be out there. I'm just looking to get a public defender right now. But I'd do what I did all over again. No question. My only regret is not getting the cops' attention when [Paul Derkotch] kept coming at me."

McGinnis said police have talked to several witnesses and, among other things, determined no alcohol was involved.

"Why someone would take a gun to a peewee football game is beyond me," McGinnis said. "Henwood was the only one who came forward to point out [Wayne] Derkotch to us. I don't know why no one else did, but the parents of the rest of the kids were pretty angry. My only guess why no one else came forward may have been the fear factor involved."

"I'm grateful it turned out the way it did, with no one getting hurt," he said on Philadelphia's WIP radio Tuesday. "I think this might be it for me. This isn't about the coaches, and it's not about the parents. It's about the kids."