FAYETTEVILLE, Ga. -- WWE wrestler Chris Benoit, his wife and
son were found dead Monday, and police said they were investigating
the deaths as a murder-suicide. 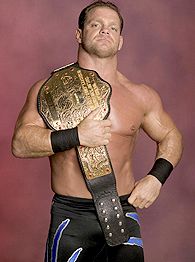 Lt. Tommy Pope of the Fayette County Sheriff's Department said
the three were found at their home about 2:30 p.m.

Pope said autopsies on Benoit, his wife Nancy, and
7-year-old son Daniel were scheduled for Tuesday. It could be weeks before there is a result.

Benoit had missed several appointments over the weekend, leading some concerned parties to ask police to do a "welfare check," Pope told ABC News. The WWE reported on its Web site on Monday night that friends received several curious text messages sent by Benoit early Sunday morning, prompting VP of Government Relations for WWE, Inc. Richard Hering to contact Fayette County sheriffs on Monday and request they check on Benoit and his family. When sheriffs arrived at the home, they found the wrestler, his wife and their son dead.

Detective Bo Turner told television station WAGA that the case
was being treated as a murder-suicide, but he said that couldn't be
confirmed until evidence was examined by a crime lab.

The station said that investigators believe the 40-year-old
Benoit killed Nancy, 43, and Daniel over the weekend, then himself on Monday. The bodies were found in three rooms.

According to Pope, there were no signs of gunshot wounds or stabbing. Authorities are not ruling out other causes, such as poisoning, suffocation or strangulation.

"The details, when they come out are going to prove a little bizarre," said Fayette County District Attorney Scott Ballard, according to The Atlanta-Journal Constitution.

Pope told ABC News "the instruments of death were located on scene," but would not specify what those instruments are or where in the house the bodies were found. Pope added the department is "not actively searching for any suspects outside of the house."

Authorities also declined to say whether drugs or steroids were
found inside the house. "We're not releasing any information as
far as what was located inside the house," sheriff's Sgt. Keith
Whiteside said Tuesday.

Asked about the condition of the interior of the house,
Whiteside said investigators found "nothing really out of the
ordinary." He said Benoit was found in the home's weight room, his
wife in an office and the son in an upstairs bedroom.

Whiteside said toxicology tests could take up to a week or
longer to complete.

"They were nice," said Lorre Jones, who lives across the
street. Her daughter Alaina said: "We would see Chris walking in
his yard from time to time. He wasn't rude, but he wasn't really
outwardly warm."

Jimmy Baswell, who was Benoit's driver for more than five years,
placed a white wreath at the Benoits' gate Tuesday.

"I saw him with his family all the time," said Baswell. "They
always seemed like they were the happiest people."

The house is in a secluded neighborhood set back about 60 yards
off a gravel road, surrounded by stacked stone wall and a
double-iron gate. On Monday night, the house was dark except for a
few outside lights. There was a police car in front, along with two
uniformed officers.

"WWE extends its sincerest thoughts and prayers to the Benoit
family's relatives and loved ones in this time of tragedy," the
federation said in a statement on its Web site.

Benoit was scheduled to perform at the "Vengeance"
pay-per-view event Sunday night in Houston, but was replaced at the
last minute because of what announcer Jim Ross called "personal
reasons."

Benoit had maintained a home in metro Atlanta from the time he
wrestled for the defunct World Championship Wrestling. The Fayette
County Tax Assessors Office lists the value of the house, situated
on more than 8.5 acres, at nearly $900,000.

The WWE canceled its live "Monday Night RAW" card in Corpus
Christi, Texas, and USA Network aired a three-hour tribute to
Benoit in place of the scheduled wrestling telecast.

"My relationship with Chris has extended many years and I
consider him a great friend," Carl DeMarco, the president of WWE
Canada, said in a statement. "Chris was always first-class -- warm,
friendly, caring and professional -- one of the best in our
business."

They met when her then-husband drew up a script that had them
involved in a relationship as part of an ongoing story line on
World Championship Wrestling, the Atlanta Journal-Constitution reported.

Benoit became a standout at an early age among wrestling
prospects who trained in the dungeon basement of the house where
fellow Canadians and professional wrestlers Owen and Bret Hart
trained. Owen Hart was killed during a wrestling event in 1999.

"He was like a family member to me, and everyone in my family
is taking it real hard," said Bret Hart, a five-time WWE champion.