Are the Detroit Lions one of the worst teams ever? 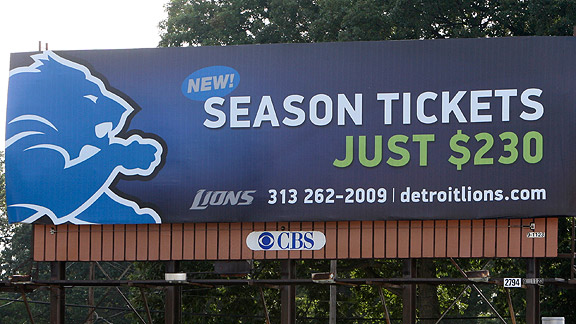 AP Photo/Carlos OsorioThe Detroit Lions actually froze ticket prices this fall to try to get people to show up. It didn't work.

The Lions are not keeping good company. Below are the other "leaders" for most losses in a decade in the four major professional sports. Being mentioned with the 1980s Clippers is never something your team aspires to.

Most losses in any decade for the 4 pro sports leagues

The .264 win percentage for the Lions this decade is not just bad, it will go down as the worst in NFL history with a minimum of 100 games played. Sorry, 1970s Saints and 1980s Buccaneers, your spot in history will be supplanted by the 2000s Lions.

Worst win percentage in any decade in NFL