In defense of Public Enemy No. 1

I can't wait until Alex Rodriguez comes off the disabled list so we get away from all these stories ripping A-Rod for what he's done off the field and get back to ripping him for what he does on the field. 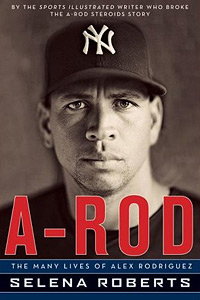 Harper CollinsSure A-Rod may have attracted attention to himself, but was his behavior actually bizarre?

"You said it. He is so friggin' selfish."

Has any ballplayer (Roger Clemens and Barry Bonds included) ever generated more stories while NOT playing than A-Rod? It seems as if we spent the entire winter reading about him -- remember when we considered the Rodriguez excerpts from Joe Torre's book scandalous? -- and then the stories stretched into spring training and now they've started again. Next thing you know, the New York Post will report that A-Rod started the latest flu epidemic, while the blogosphere will counter that he merely fueled the flu hype in an effort to divert attention from his own life.

Certainly, Rodriguez has brought some of this on himself. No one made him take steroids. But when people say he has become a human tabloid or that he has entered the Mike Tyson zone, you have to wonder: Has he done anything that is really that strange or out of the ordinary compared to quite a few famous athletes? Or is the media hype as much a function of the media as the player? Let's take a look.

He took his shirt off in Central Park.

What a cad! Didn't he get the memo that New Yorkers go to the park as if they were posing for a Neo-Impressionist painting? They wear top hats, vested suits and tails or full-length, high-collared gowns while carrying parasols and walking sticks. I mean, really, only a monster sits on the grass and takes off his shirt on a hot, sunny day. Why, the next thing you know, A-Rod will go bathing at Coney Island while wearing those scandalous modern swimming trunks that reveal his knees rather than the standard New York-issue bathing costumes with the vertical stripes and the straw boater.

He had some sort of relationship with Madonna.

Ewwwww. What could have possibly been his objective when he consorted with the likes of one of the most famous women on the planet and a sexual icon for most of the past quarter-century? The only possible reason is he was desperate for more attention and tabloid headlines. There is no other explanation because famous athletes never, ever under any circumstances date famous, attractive celebrities. Unless, of course, it's Joe DiMaggio marrying Marilyn Monroe. Or Derek Jeter dating Mariah Carey and Miss Universe. Or Tom Brady marrying Gisele Bundchen. Which, as we know, is completely different.

He went to strip clubs and was seen canoodling with women other than his wife.

Well, I certainly don't defend that sort of behavior. (Seriously, I don't.) And what makes it so despicable is that no other baseball player has ever done that.

He has played in high-stakes poker games.

Is there nothing this freak won't do to flaunt his disregard for social norms and public decency? Doesn't he realize that gambling is illegal and that playing poker is never acceptable except when you're among the 36 million annual tourists visiting Las Vegas, or the many millions more at local Native American casinos, or during the approximately 23 hours per day Texas Hold'em is televised on ESPN and the Travel Channel? And only a needy egomaniac would jeopardize his reputation with high-stakes gambling. I mean, it's not like Michael Jordan would ever do that sort of thing.

He lied about using steroids.

Again, he's the only athlete who has ever done this. Which makes no sense at all, because everyone knows honesty is the best policy. How pigheaded does this guy have to be to not come clean when confronted with charges of steroid use? What did he have to lose by admitting the use of illegal drugs, other than the possible suspension of his career, the moral condemnation of a nation, the possible end of his Hall of Fame chances, an investigation into his trusted friends and relatives and the threat of a jail sentence? I mean, just tell the truth like we all would in the same situation. It's like getting audited. Just so long as you openly admit that you cheated on your income taxes for years, the IRS will let you go and everything will be fine.

He signed the biggest contract in baseball history.

Of his many crimes, this is by far the worst. It is simply unconscionable for someone to accept the salary that someone offers you. And what makes it so bad in A-Rod's case is he's taking it from the cash-starved Yankees and miserly Steinbrenners, who can barely make ends meet as it is, and who would never gouge their fans (apart from ticket prices that range from $125 in right field to $1,250 behind home plate) or seek public money (other than several hundred million dollars in infrastructure costs at old and new Yankee Stadium).

Look, I'm no huge fan of Rodriguez. I frequently find his responses insincere, calculated and vetted by a PR firm. He is so worried about his image and so anxious to come off just the right way that he invariably comes off the wrong way. In fact, he has a knack for coming off the worst way possible. He needs affirmation to an annoying degree. And this new charge that he tipped pitches is potentially more serious than any of the steroids stories. Frankly, it sounds almost unbelievable -- if teammates don't like him that much, how would he convince opponents to cheat with him? -- but if true, that's a very serious offense that would warrant a suspension at the minimum.

But has he bitten off the ear of an opponent? Has he been convicted of sexual assault? Squandered a couple of hundred million dollars? Organized a dog-fighting ring?

No. When a writer reports that the game's highest-paid and perhaps best player has taken steroids, that's news; no question about it. What he does on the field, and whether it violates the rules, is important news. But strippers, poker and sitting in the park without a shirt? Please. And yet the media spin on his personal life makes it seem like A-Rod is such a deviant he should play third base with an ankle bracelet.

Although, admittedly, one of those bracelets would be convenient. It would allow the tabloids to more easily track him on his latest trip to the dentist.