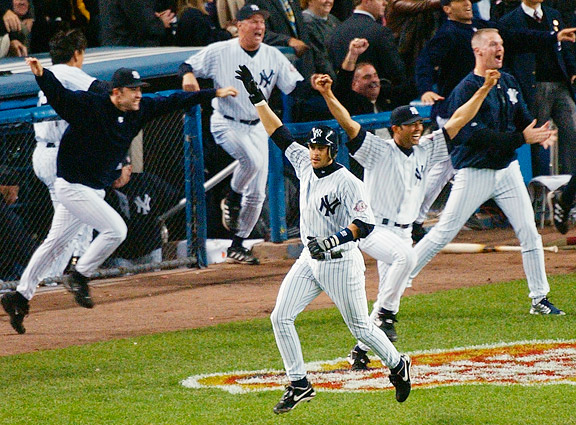 It's easy to look back and say Grady Little made the wrong call.

We all know what happened: Pedro Martinez was left in, the Yankees tied the game and later Aaron Boone hit his home run off Tim Wakefield. Joe Torre cried in victory. Red Sox fans cried in defeat.

Pedro was the best pitcher in baseball in 2003. He had led the American League with a 2.22 ERA. He had struck out 206 batters in 186 innings. He had allowed only seven home runs in 29 starts.

The Boston bullpen was not very good that year. Byung-Hyun Kim had actually led the team in saves, but wasn't even on the playoff roster. Mike Timlin was the only reliever with an ERA under 4.00. Alan Embree? Scott Williamson? Maybe Wakefield, the knuckleballer?

Embree and Timlin had been pitching well in the series (neither would allow a run in a combined 10 innings). Both had pitched the day before; Embree throwing 18 pitches, Timlin 15. Williamson -- a guy with an ERA over 6.00 in 24 games with Boston during the regular season -- had somehow become the team's closer and had three saves in the series. He had also pitched the day before.

Pedro Martinez was on the mound, the most dominating hurler since Koufax. The game was at Yankee Stadium. The crowd was loud.

What would you have done?
-- David Schoenfield