McNair's legacy shouldn't be his flaws 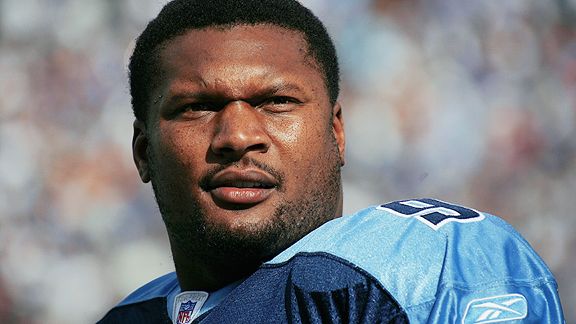 Ronald Martinez/Getty ImagesJudge Steve McNair by his body of work -- not by his failings as a person.

During the past 48 hours, we've discovered there was a lot more to Steve McNair than we thought.

Most of us had one perception of McNair. He was the football warrior who led with brilliant dignity and possessed a threshold for pain that 99 percent of human beings just don't have.

But in the wake of his tragic murder in a downtown Nashville, Tenn., condo, police there are unraveling a different McNair, one who has left his fans to ponder how well they really knew him.

McNair, a married father of four, was found shot twice in the head and twice in the chest on the Fourth of July. Lying dead at McNair's feet was a 20-year-old woman police say he had been dating for several months.

The police are still sorting things out, but for now we have been assigned the uncomfortable task of acknowledging at the very least that this football hero didn't exactly walk on water.

Behind every wonderful athlete lurks a very fallible human condition. And no matter how many football Sundays we spend with athletes, no matter how many wondrous tasks we see them performing, sports are only a brief snapshot of their life.

In most cases, we never have a complete sense of who an athlete really is. And in McNair's case, that has been made crystal clear. No one ever would have predicted that McNair, considered one of the classiest men in sports, would die so violently and under these circumstances.

But at a time like this, we need to remember that athletes don't live inside our television sets, nor do they live in their uniforms. They live in the real world, where they are free to make mistakes just like the rest of us.

It's not something we like to hear because we naively imagine that our favorite athletes showcase the same perfect decision-making off the field as they do on it.

And that's why McNair's death hurts. Some of us just can't fathom how he could live an imperfect personal life because he won over football fans by playing the game with such integrity and invincibility. The former co-MVP charged up and down the field with little regard for his body, and from that we likened McNair to a superhero.

Even off the field, McNair was considered a champion. He was known for his extensive charitable work in Nashville, coming to the aid of Hurricane Katrina victims, and for always being there for those who needed him. In a statement, Vince Young said McNair was "like a father," which is why Young affectionately referred to McNair as "Pops."

It's a question we all probably will struggle with for some time, but I do know that McNair shouldn't be judged for what he was or wasn't doing with a 20-year-old.

That's not meant as a weak rationalization, and, of course, I'm not ignorant to what some of the details surrounding McNair's death could mean. I feel a great deal of empathy for his surviving family members and hope that in time they receive the closure they deserve.

But my lasting images of McNair will be of him as a football gladiator, clutch performer and, overall, a decent man. Those images won't be replaced by the TMZ photos of him on vacation with Sahel Kazemi, the young woman who died along with him. I'll leave the judging to a higher authority.

It's a disservice to McNair's legacy if he's remembered solely as a married man having an affair with a woman almost 20 years younger. He has done too much and meant too much. A flaw doesn't define any one person, and this one shouldn't eliminate all the good works McNair has done or what his storied NFL career meant for the advancement of other black quarterbacks. McNair might not have had the sizzling athletic ability of Michael Vick or Randall Cunningham, won a Super Bowl like Doug Williams or been the pure passer who Warren Moon was. But McNair was still a pioneer in his own right. He dismissed the notion that a black quarterback from a historically black college didn't have the chops to be a franchise quarterback in the NFL. McNair faced and defeated the doubts and pressures that tripped up both Young and Vick.

McNair may not be exactly what we thought he was, but he was pretty close. And that should be good enough.