Bang for the Buck, college basketball 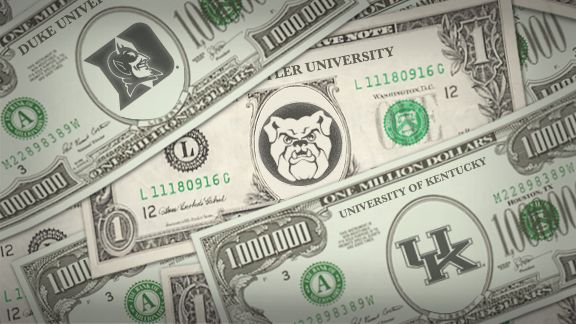 Below, Page 2 concludes its series by looking at the final pre-NCAA tournament Top 25 men's college basketball teams. We used the most recent athletic department budget information provided by the Department of Education's online Equity in Athletics Data Analysis Cutting Tool to analyze the 2009-10 season.

Fun fact: Temple's basketball program did not turn a profit.