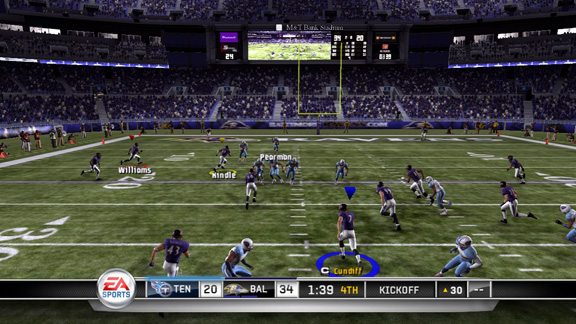 When it comes to NFL and NBA franchise popularity among sports video game players, Al Davis said it best.

A Page 2 survey -- for pretentiousness' sake, call it a study -- comparing the most and least-played teams in "Madden NFL 11" and "NBA 2K11" to their real-life counterparts reveals the following:

• Sports gamers love winners. Of the 20 most-played teams in both games, 15 have winning records in real life.

• Gamers love teams that can help them win even more. While the majority of the most-played teams have top 10 in-game overall squad ratings, none of the least-played teams crack the ratings top 10.

• Real-life loser teams are popular under the following conditions: (a) They sport top 10 in-game ratings, such as Dallas and Minnesota in "Madden NFL 11"; (b) they feature rookie sensation John Wall, like Washington in "NBA 2K11"; (c) they have New York's population behind them (the Knicks). Conclusion? A Knicks team with a top 10 in-game rating featuring Wall might break the Internet.

• Atlanta's teams are unusual. The Falcons are highly rated in "Madden NFL 11" and winners in real life, yet almost no one games with them. The Hawks are highly rated, real-life winners who are popular in-game but have poorly-attended games in person.

• Low gamer use correlates with low in-game ratings, lousy real-life records and low attendance, sometimes on the nose. Even in the digital world, no one likes the stench of losing.

• Pity the Cleveland Cavaliers, who dropped from the No. 2 most-played team in "NBA 2K10" to No. 28 this season ... just as the Miami Heat ascended to the No. 1 most-played spot. Good thing Dan Gilbert didn't mention this in his comic sans letter.

For more, check out the following charts: