Editor's note: This column contains some results from the National Heads-Up Championship

Apparently, I struck a nerve.

Recently, I discussed the snubbing of some tremendous poker players from the National Heads-Up Championship. John Phan, Mike Gracz, Steve Dannenmann, Phil Gordon and David Pham (just to name a few) were left on the sidelines, as their names were not selected for participation in this annual event. 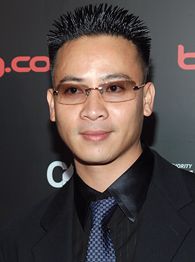 Why? An e-mailed press release I received from the tournament's public relations department on March 7, which addressed the process in which players were invited, hoped to answer that question.

"Since there is no universal standard for the way poker players are ranked, The National Heads-Up Poker Championship invitational process combines several factors, most of which require the judgments of experts who are affiliated with the tournament," the release stated. "The 64 player-only format of the event -- a key component to its popularity -- does not allow for inclusion of literally hundreds of professional players who are worthy."

One hundred percent true. They admitted they left out some big-name talent. Good.

If the e-mail wasn't enough, I also was invited to participate in a conference call with two of NBC's most influential people on the project: senior vice president of NBC Sports Jon Miller and tournament consultant Eric Drache, who wanted to set the record straight.

Drache and Miller addressed all my questions brought up in my previous column, and as we began to discuss selection, it was immediately mentioned by Miller that, "We have a list of 30-40 players that are definites. Then we have a rotating group of players for the remaining spots."

Miller continued, "There are hundreds of names that come up and we are always looking at this field. We have a living, breathing list of the best world-class players out there for this tournament and also included are some at-large bids and qualifiers.

"It's a TV show, it's not the single-elimination, best of the best, and we rely on the people that we see as experts [for the selection committee]."

It's obvious that this committee has a difficult job in making its selections. The release explained that three main characteristics determine who makes the cut: "Tournament results, cash game success and mainstream recognizability."

OK, that's a good answer. But it's not good enough.

Gracz, Pham and Phan have all three of those requirements. I'm not trying to pick on Shawn Sheikhan and Jeff and Barry Shulman, but in the scheme of things, I think there is no doubt that if an educated decision had to be made, the first group would have been selected over the latter.

When it comes to "mainstream recognizability," who are the biggest, and most recognizable names in the poker world? My guess (based on how well they market themselves): Phil Hellmuth, Doyle Brunson, Howard Lederer, Daniel Negreanu, and Gordon.

Four of the five were invited, but no Gordon. Why? Gordon was part of the rotating group of players that didn't make it.

"This year we had 21 new players participate that did not last year," Miller said. "Gordon played last year and he got banged out in the first round. The feeling was that he didn't rise to the level that we had hoped."

Unfortunately, Gordon never spoke to anyone at NBC about its decision, although Miller and Drache agreed they would have been happy to explain to him why he was left out.

Addressing the celebrity aspect of the tournament, the release also stated: "Several slots are designated for celebrities who are both accomplished and serious poker players."

This explains James Woods, Jerry Buss (maybe), and Jennifer Tilly (if she even fits in the celebrity category after winning her WSOP bracelet).

Miller said, "It's a TV show. The celebrities are entertaining."

Which brings me to (think Mike Wilbon) my boy Rene Angelil.

I love Caesars Palace, so this is not an attempt to rag on them, but does Celine Dion have that much of an influence over the casino that she can get her husband into this tournament?

No, apparently not. Phew. I can still go back to Caesars.

Angelil was NBC's exemption, as Miller explained: "Rene is a big cash game player. He's one of the most improved players who plays against the big guys daily. We gave him the exemption. He contributes to the game of poker."

By having qualifiers in the event, NBC was hoping for a ratings miracle, where a no-name like Ernie Durek would come in and take down some of the world's best players and win the title.

Wait. He almost did.

Durek was one card away from knocking out Ted Forrest in the round of 16, but it didn't come. NBC wants this event to be like any other major poker tournament, but entertainment is what really matters most when it comes to poker television.

"We wanted a little Cinderella story, too," Miller said. "A guy like Ernie, a nice guy from Canada, had a pretty good run and he was one card away."

So what about Gracz and Dannenmann? Miller believed that these two rookies need to withstand the test of time.

"I'm personally going to be watching them the whole year," he said. "I would love to see them invited."

NBC's intentions were good. The results of the selection process were unacceptable.

The tournament, however, was great. 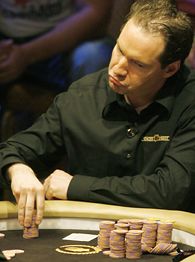 Ferguson, who finished as the runner-up for the second straight year, took home $250,000.

One of the more surprising invitees had a tremendous impact on the tournament. Sheikhan, who most remember for his confrontations with Mike Matusow at the WSOP, finished tied for third with Huck Seed after a tremendous performance.

Guess the committee wasn't totally wrong after all. It was a great event. Hopefully next year the invitation process will have been clearly defined prior to the tournament, and not the day after it was over.