We answer the five burning questions about our list of the 100 most famous athletes.

How is Sun Yang the 17th most famous athlete in the world?

Three words: Social score, baby. China doesn't allow Facebook or Twitter but has a single Chinese equivalent in Weibo. On that platform, the Chinese swimmer has 32 million followers, four times more than any other Chinese athlete on our list. China doesn't allow Google either but does have something called Baidu, which 17 million people used in searching for Sun's name. 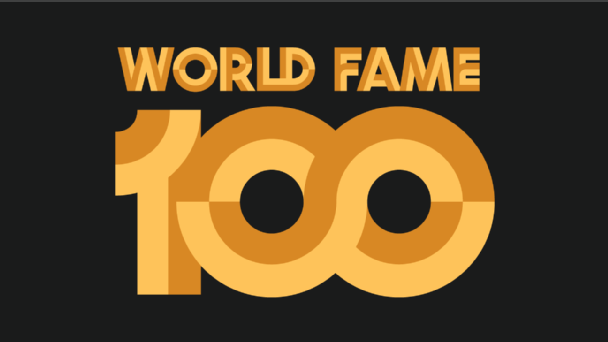 Behold the booming global popularity of the NBA. At $14 million a year, Derrick Rose ranks 18th in endorsements, while Brady brings in just $6 million, good enough for 68th. Rose also has a higher social ranking -- an international following the guard built up years ago and still maintains.

There are 10 cricketers on this list but no baseball players?!

Yep! Remember, this is a global ranking of fame. Nine of the 10 cricketers are from India, whose population exceeds 1.3 billion. The Indian Premier League has a viewership of 316 million (which nearly equals the population of the U.S.). This helps explain why a star like Virat Kohli can have 37 million Facebook followers, almost 10 million more people than watched Game 7 of the 2017 World Series.

How did Phil Mickelson and Yuzuru Hanyu make this list while doing nothing themselves on social media?

Let's take Mickelson first. He makes $50 million in endorsements per year, second only to LeBron James. That counts for a lot. Hanyu, meanwhile, was the 18th-most-Googled athlete last year, a score that spiked during the Winter Olympics when he successfully defended his gold medal in figure skating.

Why are rising stars like Joel Embiid, Ben Simmons and Mohamed Salah not famous enough to make the 100?

The Sixers' young stars might have lit up the Eastern Conference this season, but their Google scores are small-t tiny. While Embiid is good on Instagram, he has only 1.9 million followers, 128th in our social score category. His rookie partner in crime? With a meager $1 million in endorsements, Simmons is way behind the pack. Salah? The dude is Europe's hottest footballer right now, but his $3.5 million in endorsements puts him back at 133rd in that category. His fame, as far as we can quantify it, has yet to catch up.