When we talk about athletes who dominate sports -- as we're prone to do at this time of year -- we typically do it in terms of their competition, whether among contemporaries or across eras. You know, Tiger or Phil. LeBron or Jordan. But in 2018 we were graced by an unusual number of athletes who dominated not simply by establishing soul-crushing superiority over their rivals but also by redefining what's imaginable in their sports.

And so our list of the year's 20 most dominant pro athletes serves a dual purpose. It rates who was better than the best. It also pays homage to the transcendent artists who didn't spend time looking over their shoulders, or into the history books, because they were busy seeking new ways to test the limits of agility, strength and endurance.

Simone Biles' routines at the U.S. and world championships appeared unbound by terrestrial gravity; she became the first gymnast to make falling irrelevant. (The dominant-athlete quote of the year is surely hers: "It just sucks that I did so bad and I still won.") Daniel Cormier defended his UFC light heavyweight belt in a two-round TKO, then added more than 40 pounds to his frame and won the heavyweight belt even more convincingly less than six months later. And Eliud Kipchoge obliterated the world record in the marathon by 1 minute, 18 seconds, the steepest decrement in 51 years. 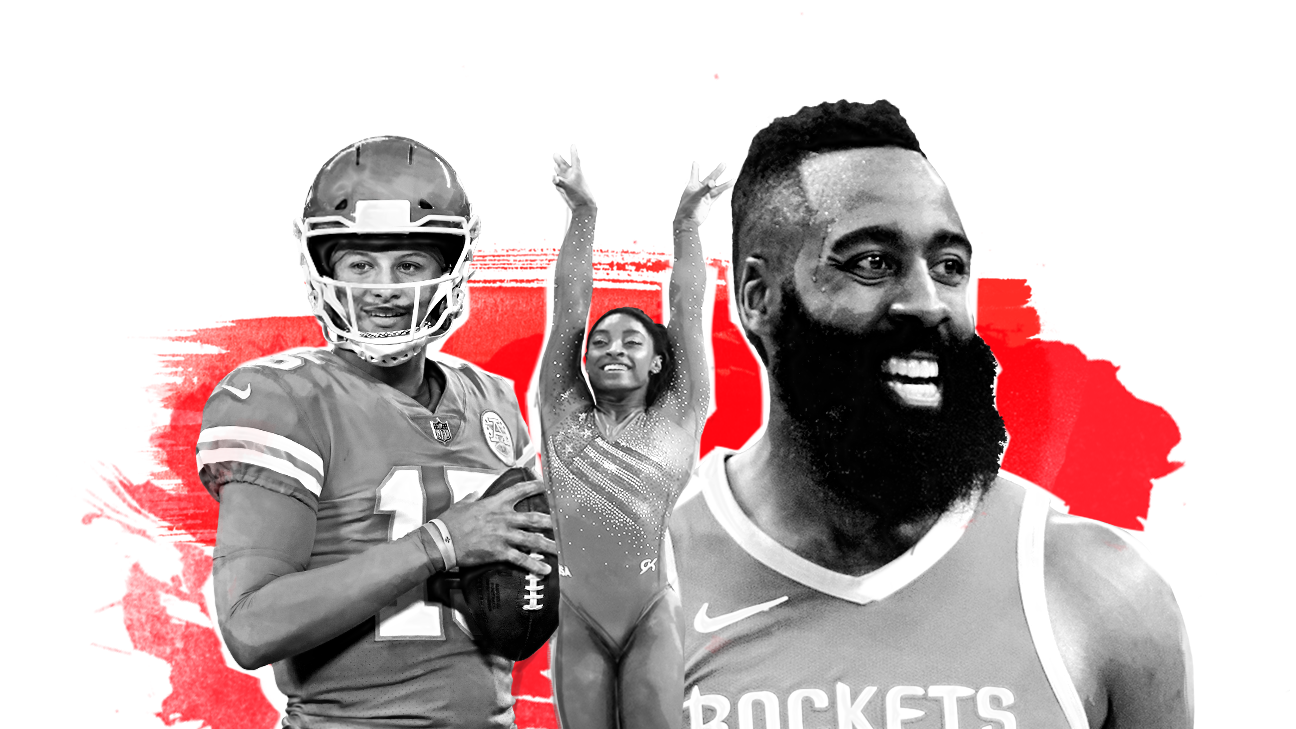 Human bodies weren't supposed to be able to accomplish those feats. But these competitors remind us that dominance goes beyond physical structure.

Case in point: Kipchoge trained with a high-performance squad at Nike as part of Breaking2, an effort to crack the fabled two-hour mark in the marathon. The company provided him with shoes, training regimens and a fast track with friendly turns, though its researchers soon discovered that his nutrition and hydration were already almost optimal and that he ran with nearly perfect economy. The biggest boost Nike offered was a group of pacesetters who rotated into and out of training races so that at all times six men were running just ahead of Kipchoge in a triangular formation. This pocket significantly reduced his drag, and while Kipchoge didn't quite break the two-hour mark, he came close, running 2:00:25 in Monza, Italy, in May 2017. (The time didn't count as a record; in an official marathon, pacers cannot join after competition starts.)

Then Kipchoge ran the Berlin Marathon in September, and all three of his pacesetters fell out of the race far earlier than planned. He ran the final 10 miles alone, his closest opponents trailing by hundreds of yards. It didn't matter. Kipchoge ran the second half of the marathon faster than the first.

As it turned out, the long-term lesson Kipchoge took from Nike was more psychological than aerodynamic. He saw that a record-setting pace was literally right in front of him, inspiring the world's best marathoner to understand, to believe, to know that even greater lengths were within his reach.

Beyond all that, a theme leaps out from our list. Five of our 10 most dominant are women under the age of 25. That's more than coincidence -- it's a sign that the conditions now exist for dominance to emerge across an unprecedented number of sports.

Dominance is impossible to predict; we can't know when the next Serena Williams will be born. But over time, a sport is most ripe for super-duper stars when two things are true: It's popular and lucrative enough to attract a fair share of the world's greatest athletes, and it's still young or adaptable enough for talent to find new ways of expressing itself. When a pioneering athlete sets off a sport on the cusp -- think Babe Ruth in baseball or Pele in soccer -- you can get an explosion of true dominance.

That usually happens just a handful of times per decade, but today, women's sports across the board are popping all at once. In the U.S., the first generation of athletes to grow up under Title IX is now raising daughters who've never expected anything other than fierce competition on equal footing with males. And globalization is bringing new sports and new money to new markets. That's how you get a year in which Chloe Kim landed back-to-back 1080s at the Olympics and Ariya Jutanugarn turned in a Tiger-like performance on the links.

With Biles, Jutanugarn, Kim, Katie Ledecky and Breanna Stewart all crashing the gates in the land of the GOATs, there's only one reason not to say 2018 was the peak of a new golden age of dominance: 2019 might be even better.