Editor's note: As part of V Week, ESPN is honoring the life and legacy of ESPN anchor Stuart Scott on the fifth anniversary of his death. His memory lives on in his family and the Stuart Scott Memorial Cancer Research Fund.

His daughter Taelor is an aspiring filmmaker, director and producer who has written and directed three short films: "Mod Squad and the Spectacular Paper Caper," "Baltimore Whoosh" and "The Ballad of Chocolate Mabbie." Sydni is a junior at Columbia University. She is majoring in political science and is a member of the track and field team.

Here, they write to their father about his impact and what his legacy means to them. And yes, Sydni says, "he said 'boo-yah' at home, too." 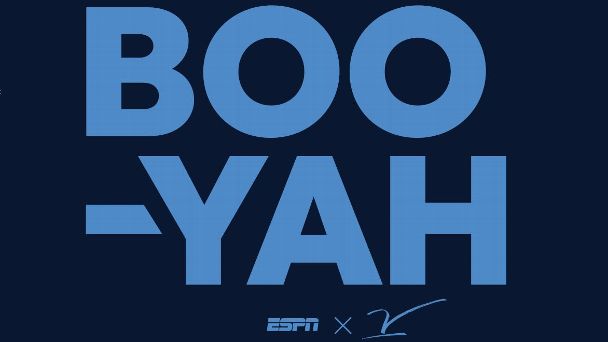 ESPN's "boo-yah" T-shirt is available to purchase. For every shirt purchased, TSC and Threadless will donate $25 to the V Foundation to support the Stuart Scott Memorial Cancer Research Fund (while supplies last).

Sydni: It was always so funny to me when people asked me if you were the same at home as you were on television. Funny because you were the most singularly authentic person I'd ever known, and your TV personality wasn't a fabricated persona but an extension of who you always were as a person. But how could anyone understand that? How could I ever explain?

And that's the curious thing about you. There were never adequate words to describe you and the way in which you touched so many lives. And now still, there are no words to describe what it is like to continue to live in a world without you.