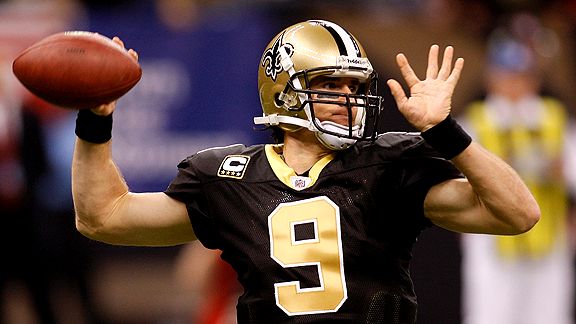 For the first time in "Madden" history, the coveted/cursed cover was decided by fan vote, and after six weeks of casting ballots online, the fans have selected Super Bowl MVP Drew Brees to front the "Madden NFL 11" box.

"The 'Madden NFL' franchise holds a special place in popular culture and the cover is a coveted position for players all over the league," said Brees via press release. "I'm honored to be the first cover athlete chosen by 'Madden NFL' fans and it's a great way to cap off an amazing year for the Saints and the city of New Orleans." 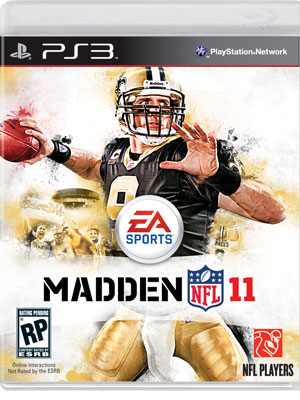 As for Brees' "Madden" skills, the quarterback admitted to me in an interview last year that they're not so good. "I've never even thrown for six touchdowns in 'Madden,'" Brees told me after throwing six touchdowns in real life against the Lions. "I've had people throw six touchdowns on me, but I've never thrown that many in 'Madden.' Fans tell me that my 'Madden' character is all souped-up in the game, and it's pretty crazy to sit there and see how cool the graphics look, but I guess I'm just not very good at playing as myself."

In related "Madden" news, the press release announcing the cover also goes into vague detail about some new highlights of the game. The release states that the game will be simpler, quicker, and deeper thanks to the following features:

In addition, gamers will have the ability to help influence the rookie ratings following the NFL draft by voting online on the official "Madden" Web site.