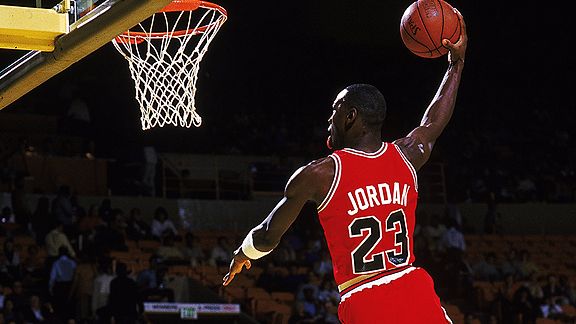 While rumors pegged LeBron James, Derrick Rose and even Tyreke Evans as favorites to appear on the cover of "NBA 2K11," multiple sources have told ESPN that the company has gone in a completely different direction, signing basketball legend Michael Jordan as its new spokesman.

But the real question is, what value -- beyond obvious name and iconic image recognition -- will Jordan bring to the game? In the era of Kobe and King James, are gamers still yearning to "Be Like Mike"?

The designers at 2K must think so. In addition to acting as cover model for "NBA 2K11," the speculation is that Jordan will also be digitized into a playable character. This means gamers will become the virtual MJ in hopes of reliving some of his trademark moments.

There's more. I've even heard whispers that 2K has been in negotiations with several players (both teammates and opponents) from the Jordan era to appear in "2K11" to help gamers and history buffs accurately recreate the heated competition between the classic Bulls and rivals like the Celtics, Knicks and Cavaliers. But since 2K needs to ink all former players to individual contracts, it's still up in the air whom the company will be able to sign in time to appear in the game.

But if this means we finally get a virtual Craig Ehlo to shoot over as we relive Jordan's famous jumper that doomed the Cavs, or maybe even a cyber Larry Bird describing MJ's game as "God disguised as Michael Jordan" after Jordan dropped 63 against the Celtics, then I'm all for it.

Hopefully more will be made clear once 2K Sports officially unveils the game to the media during the E3 video game convention in June.