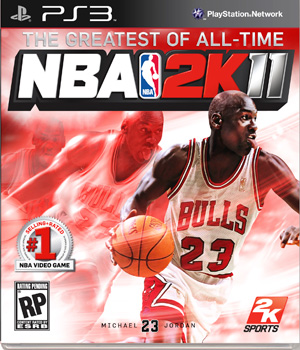 2K SportsJordan is back in a big way.

When I first broke the story of Michael Jordan signing with 2K Sports to appear on the cover of "NBA 2K11", I was curious which classic image they would use.

Kiss the rim? Flying from the free throw line? Hugging the championship trophy?

2K Sports just released the image, and I have to say, it exceeds all my expectations.

"Its exciting to see it all come together," said Jordan via press release. "I am looking forward to seeing the final product, but my kids might have to give me some lessons."

Now if only the game can live up to the "Greatest of All-Time" quote they have on the box.

For more on "NBA 2K11", be sure to check out ESPN's preview from E3 as we got a behind-the-scenes look at an early version of the game and talked to designers about the direction the "NBA 2K" series is headed this season.