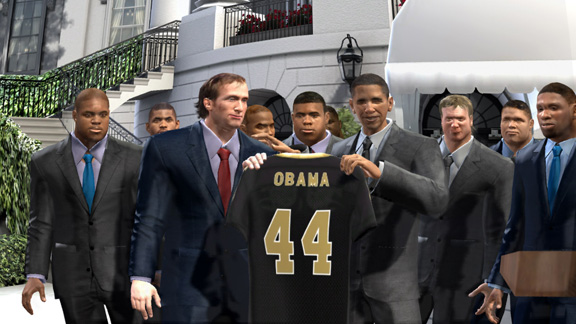 Winning the Super Bowl in "Madden" has been one of the most anticlimactic events in all of sports gaming throughout the years. But that's all about to change thanks to a little help from the White House.

Now the game's Super Bowl celebration includes team-specific commentary by Gus Johnson, a parade and even a trip to Washington, where your team's star player will not only shake polygonal hands with the president but also present Barack Obama with his own team jersey. 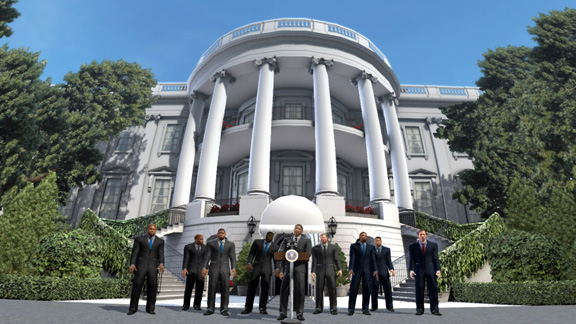 EA SportsWin the Super Bowl in "Madden NFL 11" and earn a trip to the virtual White House.

Seeing Obama in "Madden" makes me wonder whether this also opens the door to seeing the president in EA Sports' "NBA Jam" as a playable character later this year, as some of "Jam's" most popular characters back in the day were politicians like Al Gore and Bill Clinton.

Obama and John Wall versus LeBron and D-Wade, anyone?