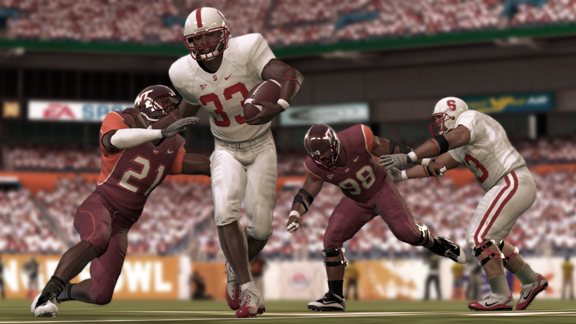 With Stanford leading just 10-7 heading into the fourth quarter, quarterback Andrew Luck decided to take things into his own hands, leading the Cardinal on two long scoring drives to close out the game. Luck completed 21 of 29 passes for 287 yards and two touchdowns to further cement his status as the top quarterback prospect in the 2011 NFL draft.