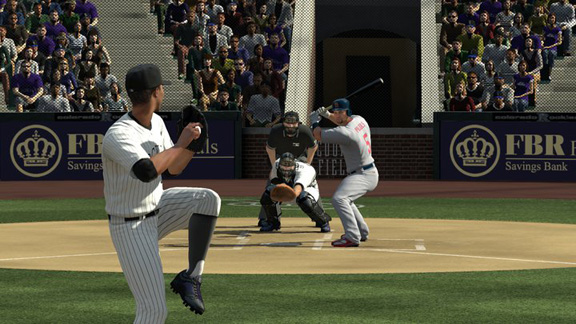 Anyone who played through "MLB 2K10's" My Player career mode knows that entire feature boiled down to one thing -- hitting. Since fielding basically was the same for all players no matter what the stats (a bug that plagued the entire game), the best way to make a difference in your player's ability was to juice him like it was 1998 ... only this time, the juicing came in the form of attribute ratings.

"But now that we've made so many improvements to our fielding, it's made the entire experience better, especially with My Player," explains "MLB 2K11's" designer, Sean Bailey. "You can make a really fun shortstop who has a sick glove and you'll be making plays all over the place, flipping the ball for double plays, and have amazing range.

The thing is, gamers need to strike a balance between arm and glove because this year the throwing meter actually works as intended, so if you develop a player's fielding ability but fail to boost his throwing, you might be able to make some great diving catches, but the throwing meter will be so slim, you'll start airmailing the ball to first.

Adds Bailey: "Rather than just saying, you're good or you're bad, now with the new animations, you might have a grounder ride up your glove and hit your body and it's up to you to still make the play. Or you might hit the throw meter in the red and throw a one-hopper to the first baseman and you're sitting there hoping he catches it. These new animations make you sweat out every play because now every ground ball is not just a clean catch and throw." 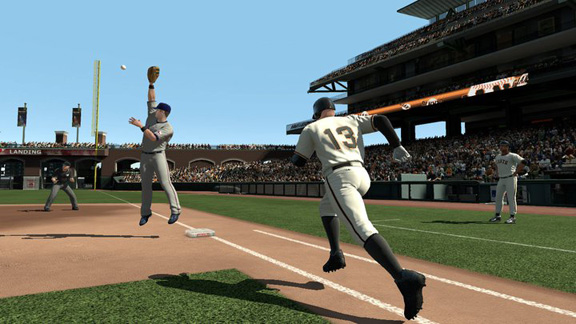 And according to Bailey, the defensive improvements extend to every mode in the game, from My Player to franchise to exhibition games.

"Last year, it didn't really matter what a fielder's rating was. Everyone basically made the same plays. But this year everything is based on the fielding rating. How we do this is, when the ball is hit, you see the ball shadow, and the worse your fielder rating, the bigger the initial shadow on the ball and the longer it takes to show where the actual ball will land. So for a guy like Andres Torres, the initial ball shadow shows up almost immediately and it's only a tiny bit bigger than the actual spot, so you know you've got it. But with a guy like Pat Burrell, the initial shadow is huge and we delay where the actual ball mark shows up to make it even more of a struggle. Now, if you're missing fly balls, it's because you've got a Burrell-type guy out there on the field.

"We didn't want to fix fielding by just determining instantly whether someone was going to catch the ball or not. We want to make it half ratings and half your doing."

Also new to My Player are achievements meant to better the team. Now, it's not just about stepping up to bat and trying to knock one out of the park. This year, you'll be rewarded for laying down a bunt to move the runner over, or you might be asked to take a three-step lead without getting picked off.

"You can play for yourself if you want, but it's really more about helping your team win," says Bailey. "A lot of people don't have the time to try and create a Hall of Fame career. But as long as you're doing everything the manager is asking, you'll accumulate points as well. It's about giving gamers different roads to take. And this year, you won't get called up if your player isn't good. We're not going to set you up to fail, but it's different case by case. The Padres will be an easier team to get called up for than the Red Sox, but it all just comes down to how you're playing.

"And like I said, it's all about the ratings and differentiating your player. You can create a stud hitter, but on defense, that ball shadow might be enormous. Now we have guys in the office who create average hitters, but are the slickest fielders around and are having so much fun. Reworking the defensive system gave My Player new life. And since your starting out in the ratings with a 50 for everything, being able to build up your player and see the difference through the various animation tiers per position really adds a lot to the experience."

When playing through a baseball game's franchise mode, you're investing weeks, if not months of your life. That's why the 2K team dedicated this year's mode to putting everything in the hands of the gamer while at the same time giving everything about the experience a more authentic feel. 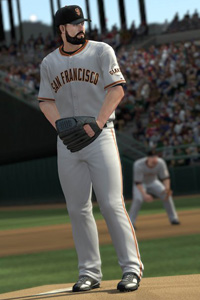 A good example of this is in-game injuries. Forget the days of a screen just randomly popping up and telling you a player is hurt. In "MLB 2K11" you will see your player get injured on the field (all new motion-captured animations), then it's up to you to manage how to play him. You can keep him in, but his ratings are going to take a hit, or you can decide whether you want to put him on the DL or just bench him and hope he's a fast healer. And while these decisions can be automated for anyone who doesn't want to tinker, for those gamers looking for that extra edge that putting someone on three 15-day DL lists can give them as opposed to one 60-day stint, the choice is yours on how to deal with everything from a freak injury or a flu to an older player dealing with chronic back pain as older players will break down if you play them too much during the season (sorry, Huff).

"We want to give the manager fans and the simulation fans the ability to do whatever they want," says Bailey. "And that deals with everything from injury to benching a player who is struggling at the plate."

And now that franchise mode features 30-day hot and cold streaks for every player in the game (player ratings now rise and fall depending on how a player is playing during a rolling 30-day period), it might be in a manger's best interest to tell a struggling hitter to ride the pine for a couple of days to get out of a particularly icy stretch of the season. 2K also added actual stat-based progression into the mix (unlike last year's game, that Bailey admits just gave players random progression points no matter how they played). But now that the statistics engine has been ironed out, it looks like players will actually progress at a more realistic rate.

"We gutted our player progression system," adds Bailey. "Now we factor in a player's potential, their age, their position, their style of play. Look at Buster Posey. He's got 5-star potential, and right now he's at 4 stars in the game and trending up and we show it all to you right on the screen.

"This year, everything is right there in front of you. A lot of this stuff used to be under the hood, but now, it's right there for everyone to see."

Another change is the fact that when you pause the game, it doesn't show you a pitcher's energy or stamina meter. Now, everything is tracked using actual pitch count data. So if Tim Lincecum is on the mound, there will be a box that tells you how the manager wants to keep him in the 80-110 pitch count range for the game. Keep him in too long throughout the season, and you're going to wear him down. Take him out too early too often, and you'll wear out your bullpen. 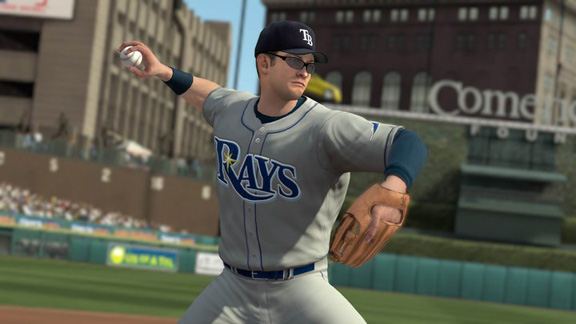 2K SportsAll new player models add to the improved look of the game.

Adds Bailey: "What does stamina even mean to me? Do I have 20 more pitches in me? 30 more? Now with the pitch count, you'll know just where you stand. That's the biggest thing about franchise this year. Whether you're negotiating contracts, sitting players who are injured, or moving a hot hitter higher up in the lineup, all of those decisions are now in your hands.

"It's funny, though, because at work we have things that we call '2K11' plays. That's a play where everything that happened couldn't have been done in '2K10.' I just had a play where Ichiro hit a chopper (new hit type), and we shot all new animations for speedsters leaving the batter's box and trying to beat out the play at first. We also shot all new fielding animations where good fielders charge the ball and bare hand it, then wing it to first while falling down (while a bad fielder might need to get a better grip before they throw or double clutch). In '2K10,' this play is just a regular groundout. If Ichiro doesn't make good contact, it's just a grounder to third. But now he's trying to leg it out to first as the third baseman charges in to make the play. It's a completely different experience. As you know, '2K9' to '2K10' went from broken to fixed. From '2K10' to '2K11' we finally bring you all the nuances that make it baseball."