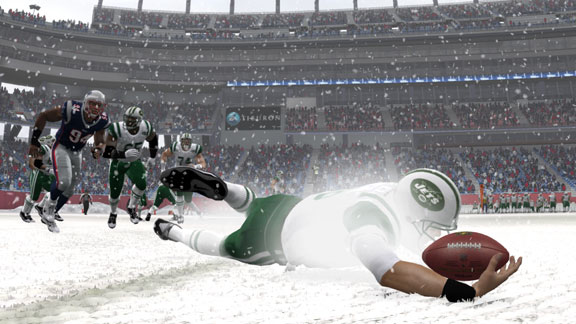 Buffalo Bills: 73
The 28th-ranked team in the game, and it's really no surprise when you only have two players on your roster rated an 89 overall or higher and one of those is your punter.

Miami Dolphins: 78
Having two studs at tackle should give Chad Henne plenty of time to hit Brandon Marshall in the open field. But with Henne's 75 throwing accuracy, he might not always find the target.

New York Jets: 87
Tied for the fourth-highest overall rating in "Madden 12," the Jets defense is a force to be reckoned with thanks to Mr. 99 overall Darrelle Revis, not to mention three other defenders rated 90 or higher overall.

New England Patriots: 88
The third-best team in the game, according to the ratings, thanks in part to Tom Brady's 99 overall. But the "Madden" love doesn't stop there as the Patriots feature 21 players rated 80 or higher overall.