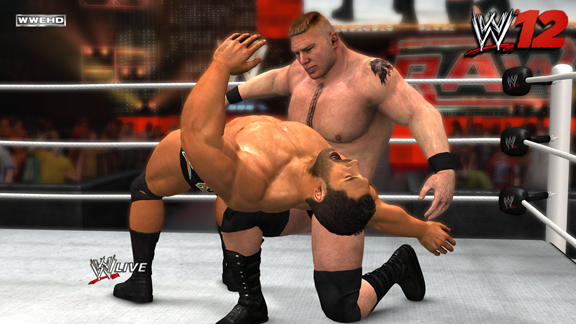 THQBrock Lesnar returns to the ring in the new video game "WWE 12."

My favorite thing about WWE video games? The ability to book dream matches. From "Stone Cold" Steve Austin versus CM Punk to Shawn Michaels taking on The Rock to Andre The Giant squaring off against The Big Show, the past few WWE games have given me the ability to play out matches that wrestling fans have drooled over and debated about for years.

"WWE 12" (Nov. 22, Xbox 360, PlayStation 3, Wii) is about to take dream matches to another level thanks to the inclusion of former WWE champion and current UFC badass and master of the beatdown, Brock Lesnar.

That's right, the man once dubbed "The Next Big Thing" in the squared-circle is now the next big thing in video games as he will be included in the main roster of "WWE 12," ready to do battle against everyone from John Cena and Alberto Del Rio to Randy Orton and Sheamus right out of the box.

I had the chance to ask Lesnar about his surprise appearance in the game, his WWE career and the chances we'll ever see him in a wrestling ring again. Here's what he had to say:

Jon Robinson: What does it mean to you that you're being brought back to the ring in "WWE 12" as a legend?

Brock Lesnar: What does it mean to me? I think it's an honor to be back. You know, I never had any really true hard feelings for WWE. It just wasn't for me. I think during the time that I spent there, I dominated the show. I was probably one of the true athletes in the company and for them to have me back in the video game, I think there's some mutual respect between the both of us that says, "Job well done" and "You are and were one of the great ones." 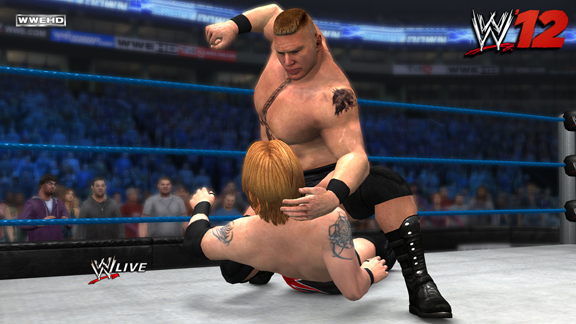 Jon Robinson: There are so many guys in the WWE right now that you never had a chance to wrestle. If you could come back and wrestle any guy at Wrestlemania who you've never previously had a match with, who would it be?

Brock Lesnar: Ironically it's probably the guy that walked out on me. The guy that took his ball and went home. A guy that I was supposed to face and I think that he was just plain downright scared to get in the ring with me because he was one of those guys that was on top and saw a huge threat in Brock Lesnar at the time. That's "Stone Cold" Steve Austin. I worked with everybody and anybody that was anybody there and if I came back, I think the guy that I would come back to fight is "Stone Cold" Steve Austin.