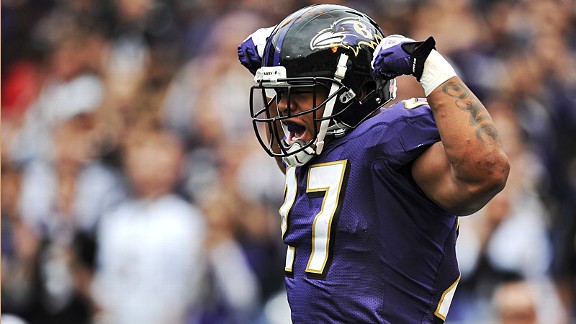 EA Sports announced over the weekend that Ray Rice has beat out fellow Pro Bowlers Patrick Willis and Roddy White in a fan vote, and will appear as the "NFL Blitz" cover athlete when the digital game is released January 4 exclusively on the Xbox Live Arcade and PlayStation Network.

But Rice isn't just doing this for the cash and exposure as the Ravens star grew up a huge fan of the old-school arcade game.

"As a kid I remember going to an arcade down in my hometown and me and my boys used to go after it all day in 'NFL Blitz,'" Rice told me in a recent interview. "'Blitz' is like the 'NBA Jam' of the NFL. It's exciting, it's a different kind of game, and I remember, even when I bought a copy to play at home, it still made me feel like I was back at the arcade. It's 7-on-7 football, players catching on fire ... all that good stuff you just don't find in other games."

But that's not all Rice had to say about "Blitz," the Ravens, and the surprising team he used to play as in the game growing up.

Check out the full interview, then read up on the five things you need to know about "Blitz" before the game hits next month.