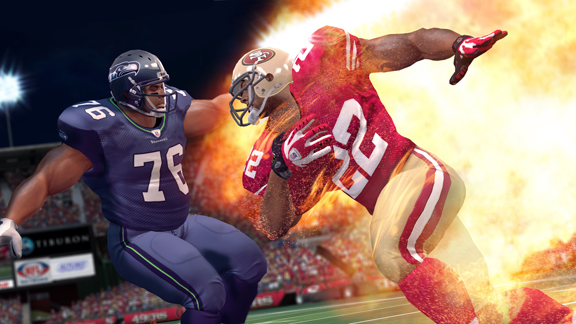 EA SportsThe 49ers are on fire, and ready to do some serious damage in "NFL Blitz."

ESPN started the "NFL Blitz" roster reveal last week with the lineups for every team in the NFC East, NFC South, and NFC North. Today, we continue our look with the NFC West players who will catch fire once EA Sports' arcade revival hits the Xbox Live Arcade and PlayStation Network January 4.

Is Patrick Willis the perfect "Blitz" defender, or what? 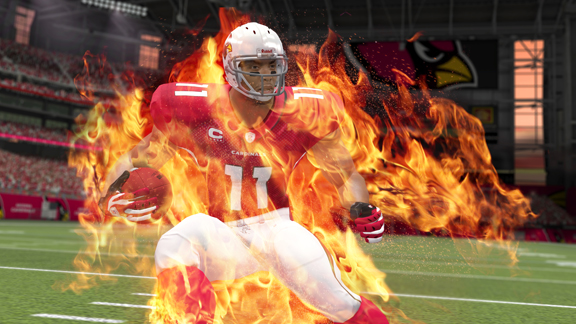 EA SportsLarry Fitzgerald and the Cardinals are one of my sleeper teams in "Blitz."

If you're looking for an exciting "Blitz" team that will throw your buddies off, check out this Cardinals lineup. While everyone is going to be picking the Packers or Eagles to start out with, the Cardinals are one of those teams you could pretend to pick at "random," knowing full well the damage you're about to inflict as you run up and down the field with playmakers like Larry Fitzgerald and Patrick Peterson. Definitely a fun sleeper team.