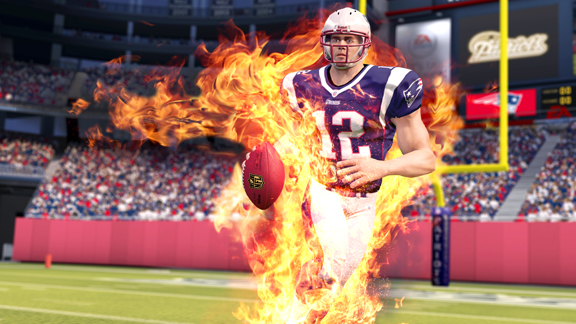 EA SportsTom Brady is on fire, even if some of his favorite targets didn't make the game.

From Tom Brady catching fire to Reggie Bush running wild for the Dolphins, here are the virtual ballers who you'll be able to play as once the game hits the Xbox Live Arcade and PlayStation Network January 4.

And in case you missed any of the previous reveals, be sure to click through all of the teams from the NFC East, NFC North, NFC South, NFC West, AFC West, AFC North, and AFC South. 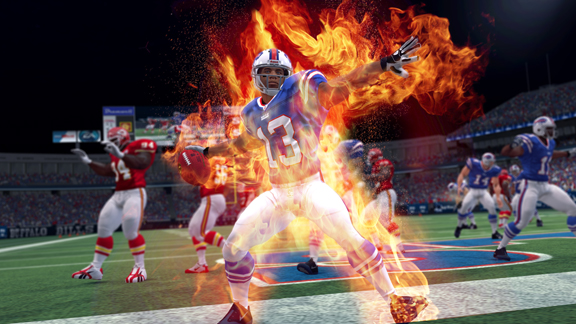 EA SportsTime for the Bills to celebrate, "NFL Blitz" style.

If this was "Blitz: The League," Midway would've already added Stevie Johnson's "shoot myself in the leg like Plax" touchdown celebration. Then again, if this was "Blitz: The League," the game's storyline would also probably revolve around Sam Hurd. Anyway, the Bills are a middle-of-the-road team in the game, with Fred Jackson and Stevie Johnson as playmakers, but not too much else to get excited about.