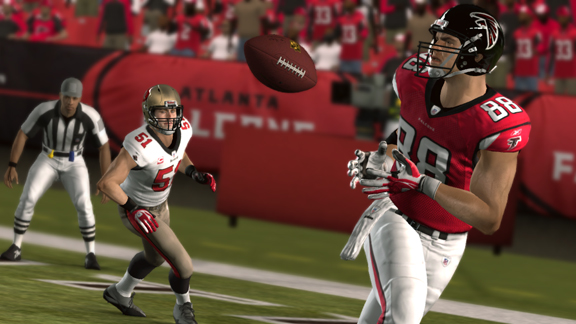 
How many people had Tampa Bay and Atlanta in first place at this point in the season? Both teams have exceeded expectations so far, and in a battle for the division lead in the NFC South, it's Atlanta that comes out on top, 28-16. Matt Ryan leads the way for the Falcons, throwing three touchdown passes, including a 10-yard score to Roddy White that seals the game for Atlanta.

Player of the Game: Matt Ryan