"The league is very concerned with how its players are seen. Take NBA Cares, for example. The league knows that by running those commercials, people are going to see these million-dollar athletes in a different light, working in the community and engaging the fans. It's going to change the way people see us. When I watch the commercials even I look at people differently. It's smart. This is a business and you need to project the best possible image."
-Caron Butler WIZARDS 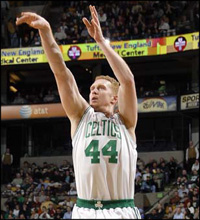 "I think the misperception of our league is definitely race-driven. Suppose that for a whole year, none of our players got into a fight, no one got arrested, no one got ticketed for speeding. Do you think the public would have a different opinion of the league? I bet not. But I do think public opinion would be completely different if 75% of the players in the NBA were white instead of black. And if our image problem is race-driven, we can't control that."
-Brian Scalabrine CELTICS 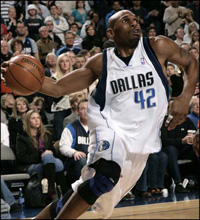 "When you think about it, the dress code is really negative. It's basically the league saying, 'We don't want you to be what you grew up being.' Our generation grew up with hip-hop, and maybe most of the people in the front office didn't, and they're shaping the league to look more like where they came from. By the way, the chains and do-rags are really all that's missing. Everyone is back to wearing jeans and sneakers; we're just crafty about it. The Gucci and Louis Vuitton on our feet are still sneakers."
-Jerry Stackhouse MAVERICKS