Since the 2004-05 lockout, the NHL's top priorities have been to improve game flow and boost scoring. On the flip side, slowing an opponent's attack has become the No. 1 goal of coaches. Nowhere is that challenge more daunting than on penalty kills, thanks in part to rules changes that limit obstruction. It's not just a question of giving up a goal in a close game—it's what happens afterward. "It demoralizes your team," says Red Wings coach Mike Babcock. Here are six ways coaches keep teams from getting down when they're a man down.

(To hear E.J. break down a few of these techniques, check out our multimedia sidebar. 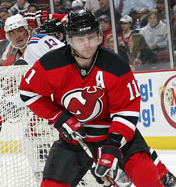 PROBLEM: During the off-season, the league amended Rule 76.2, pushing most of the first faceoffs of a power play into the defensive zone. "Now your PK is starting behind the eight ball," Babcock says. He's not kidding. Just four teams scored on more than 20% of their PP opportunities last season. Through Feb. 4 this season, 11 teams have scored with a manpower advantage more than 20% of the time. Somebody stop those guys!

SOLUTION: You're not going to win every faceoff, so plan and practice accordingly. "Now we pay more attention to what teams do off the draw," says Devils PK ace and 2001 Selke winner John Madden. By studying opponents' faceoff tendencies from the left or right wing circle, coaches develop options. So even if the troops lose the draw, they're in position to take possession of the puck up ice or clear it out of the zone.

PROBLEM: After the lockout, the league increased the distance from blue line to goal line from 60 to 64 feet. That might not sound like much, but try containing a power play QB like Detroit's Nicklas Lidstrom or Washington's Mike Green with the extra real estate to maneuver. "The change makes it harder to get to the point guys," says Stars coach Dave Tippett. "And it gives them more room to draw a penalty killer toward them, creating open space for good scoring chances near the net."

SOLUTION: The expanded passing and shooting alleys mean positioning is crucial. "You try to limit your opponent's options by keeping your stick or body in the shooting lanes," says four-time Cup-winning Ducks D-man Scott Niedermayer, who has worked both sides of the special-teams battle. Wild PKers (a top-3 unit) play a tight box formation, forcing opponents to the perimeter and limiting rebounds.

3. THE BEST DEFENSE IS A GOOD OFFENSE 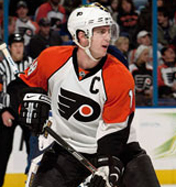 PROBLEM: How can a team give its scorers needed minutes and touches, even in man-down situations?

SOLUTION: Use top offensive players as penalty killers. "You can't let your top guys get cold on the bench," Tippett says. "Plus, these are well-rounded players who want to be on ice at crucial times." The rewards are multiple: In Philly, Mike Richards, Simon Gagne and Jeff Carter have each tallied a league-high four shorthanded goals, and each is among the finishers who've come to love the PK. "If there's a turnover, we look to go," Carter says. So do high-end forwards such as Blue Jackets wing Rick Nash and Sharks captain Patrick Marleau, each with 3 SHGs.

PROBLEM: How do you slow opponents in the defensive zone when new rules favor speed?

SOLUTION: Induce opponents into a dump-and-chase game. Most teams have adopted some form of a 1-3 PK forecheck system (one skater pressuring around center ice, three others prowling their own blue line) that will stall a power play in the neutral zone. When a team on the power play establishes possession in the attacking zone, several clubs are using a one-man-goes-then-everybody-goes approach: A lead skater angles an attacker to pressure the puck, limiting his passing and/or shooting options, while his PK 'mates read, react and fill the lanes. Intended result? A turnover, knocked-down pass or loose puck that can be moved out of harm's way.

SOLUTION: Penalty killing is a science. Treat it that way. "I don't think there's any team that doesn't have a PK meeting before every game," says Tippett. "The players want precise situational information, and they expect coaches to deliver it." Every team has a video coordinator who compiles clips of an upcoming opponent's power play tendencies. Caps opponents, for example, must know that on a faceoff in the right wing circle in their attack zone, righthand shot Alex Ovechkin will line up off the left hash mark and slide to the left wing circle for a one-timer attempt. A team that fails to study this type of tendency will learn the hard way when the red light behind the goaltender flashes.

6. ALL STOPPERS ARE NOT CREATED EQUAL

PROBLEM: Your penalty kill is only as good as the guy between the pipes.

SOLUTION: Smart coaches devise penalty kill schemes that work to their goalie's strengths or weaknesses. Strong stickhandling goaltenders such as New Jersey's Martin Brodeur, Dallas' Marty Turco and Tampa Bay's Mike Smith are allowed to roam free, since they can assist penalty killers with their ability to play dump-ins and attempts to rim the puck around the boards, sending it the other way. In other cases, though, coaches tailor neutral zone schemes to fit a goaltender's weaker puckhandling skill. In Anaheim, for example, J-S Giguere never strays far from his cage. So the Ducks sometimes cheat a man back into their zone on a dump-in to help gain possession and clear the puck.