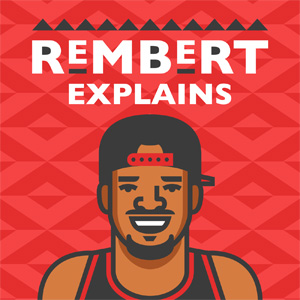 Rembert Browne actually doesn't explain much, but he does talk to interesting people about interesting things.

BuzzFeed news executive editor Shani Hilton joins Rembert to talk Baltimore, what it's like to never take vacations, and how dealing with criticism online has changed.

Pitchfork's Jessica Hopper stops by to discuss her new book's impact on R. Kelly's legacy, then talks about Montessori schools and the complexities of having Chicago as a home

MSNBC host Chris Hayes and Rembert Browne launch Season 2 with a discussion on the State of the Union address, 'The Nightly Show,' and the NBA's unpredictable Eastern Conference.

Jenna Wortham of 'The New York Times Magazine' and Rembert Browne look at technology's domination of the year in culture, young Americans' triumph over apathy, and more.

Clinton Yates of the 'Washington Post' joins Rembert Browne for a review of the year in sports, a discussion of D'Angelo's new album, and an impromptu eyeglass fashion show.

BuzzFeed's Joel Anderson joins Rembert to digest the MLK film 'Selma' and explore the parallels between the civil rights causes of the '60s and those of today.

Rembert Browne and Grantland's own Wesley Morris spontaneously sit down to talk about their Cosby piece, drama over Thanksgiving, and Barack Obama.

Rembert Browne and writer Cord Jefferson discuss haircuts, Serial, the beauty of LinkedIn, and being out on Young Thug.