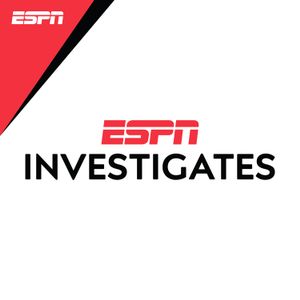 When David OBoyle decided to head to the UCLA track on the morning of June 28, 2016, he didnt really have a grand plan; he just knew he had to confront Conrad Mainwaring. He wanted to stop him, but he wasnt really sure how. So, when OBoyle showed up, he started recording on his phone, and for 12 uncomfortable minutes, he called out Mainwaring as a child abuser. Then he left, unsure what exactly he had accomplished. What he didnt know  what he couldnt have known  was that his confrontation was one in a series of unlikely events that ultimately would bring Mainwaring to justice.

Tym De Santo says he was 17 when Conrad Mainwaring sexually abused him in the mid-70s. But even 35 years later, he hadnt processed it as abuse. Like so many others who had trained under Mainwaring, he still saw the coach as a positive force in his development, as someone who taught him how to be mentally strong, how to bring out the best in himself as an athlete and as a man. So, Mainwaring was far from De Santos mind when he took a trip to England with his mom and wrote about the journey on his personal blog. And yet, unbelievably, that innocuous post would begin the unraveling of the secret world of Conrad Mainwaring.

In the fall of 1980, Robert Bender was an incoming freshman at Syracuse University, hoping to make the gymnastics team as a walk-on. Within minutes of arriving on campus, Bender was greeted by an athletic man with a charming British accent. Soon, Bender  and so many other young men  would become members of Conrad Mainwarings elite Squad. Mainwarings recruits had to follow important rules to stay on his team: There could be no drinking or drugs, and certainly no carousing with girls; but, above all else, there could be no talking about the Squad to outsiders. Mainwaring had a secret, and he wanted it kept.

Our search for Conrad Mainwaring began with a single tip, from a California man named Andrew Zenoff. Andrew reached out to reporter Mike Kessler and told the story of his older brother, Victor. The siblings had attended a summer camp in the late 70s, where Victor was allegedly molested by Mainwaring. By 1980, just short of his 18th birthday, Victor would die unexpectedly  just days after telling his mother what Conrad did to him. For years, the Zenoffs grappled not only with the loss, but with so many unanswered questions. Beginning in 2017, after Andrew called Kessler, we began to look for answers. And we started with a question that seemed simple enough, but proved quite elusive: Who was Conrad Mainwaring?

This is the story of an obscure former Olympian and alleged serial sexual predator  and the 14-month ESPN investigation that brought him out the shadows. Its the tale of more than 50 men who say that, over the course of the past 40-plus years, they were physically abused and mentally manipulated by their coach. And its the story of how they banded together, decades later, to find justice.

A trip to the breeding farms of Kentucky where the fastest horses in the world are made, but not without also passing on the dangerous defects in their blood. All of this will lead to us examine the question: What is the future of horse racing?

A look into the history of thoroughbred horse racing in America from the family dynasties that rose during the Industrial Revolution all the way through the 20th century, when a possible murder changed all of this from a sport to a business.

An examination of the 49 dead horses at Santa Anita. This episode examines the theories into what happened and the effect it has all had on the people who live and work at the track.

Between July 2018June 2019, 49 horses died at the Santa Anita race track in Southern California. The story of the dead horses spread from the trade publications to The New York Times to Good Morning America until journalists, politicians, and DA investigators started to ask: should American horse racing still exist? From ESPN Investigates, Bloodlines examines horse racings current existential crisis. How did horse racing go from Americas most popular sport to a game driven by returns on investment? How have decades of breeding for races changed the horses themselves? And what might the dead horses at one track mean for the future of horse racing?