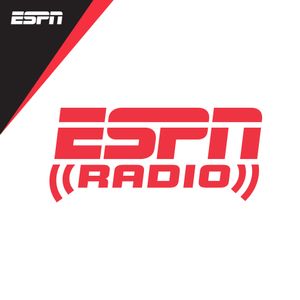 Joe Fortenbaugh and Amber Wilson set the table for your night in sports with lively opinions and an in-depth look into the top betting lines youll need. Amber, a practicing attorney, is no rookie when it comes to presenting her case, and Joe has you covered for an in-depth look at where to find an edge in the betting markets. Your weeknights just got smarter, with Joe & Amber.

Does Amber hate all QBs? Will Joe Burrow be the face of the NFL if he beats Patrick Mahomes & the Chiefs for a fourth straight time? The 49ers will have an interesting decision to make about Brock Purdy heading into next season. Joe & Amber make their championship weekend picks. Plus, Caller Roulette!

Chiefs/Bengals is really starting to become a rivalry. Did the Jets hire Nathanial Hackett to try to lure Aaron Rodgers to New York? Sound On/Sound Off deals with superstar QBs and an Uber Eats delivery onto a basketball court. Eagles/Niners might be the 2 best teams playing each other, but it's being overshadowed by Chiefs/Bengals and all their star power.

Joe & Amber disagree on whether or not a wide receiver could or should win the MVP award. Is Will Levis really the best QB in this draft class? Amber calls Joe & Producer James nerds for loving video games and professional wrestling in Big Deal or Not a Big Deal. Plus, Caller Roulette!

No walking boot & no limp for Patrick Mahomes today...he looks like he's ready to go. Was Micah Parsons throwing shade at Dak on Twitter? Sound On/Sound Off deals with if the Chiefs are still the team to beat and if the Jets could win the Super Bowl with Aaron Rodgers as their QB. Plus, Joe & Amber discuss the NBA's load management problem.

It's Tuesday...so you know what that means! Aaron Rodgers on The Pat McAfee Show! Are we more or less convinced that Rodgers will be back with the Packers? Mike Reiss joins to talk about the Patriots bringing Bill O'Brien back into the fold as their offensive coordinator. Sound On/Sound Off deals with a bristling Tom Brady and if Jalen Hurts is the best QB in the NFC. The Cowboys are in a bad spot with their roster & the salary cap.

Have we seen the ceiling for Dak Prescott & Josh Allen? There has already been some crazy line movement on Chiefs/Bengals. Jalen Hurts looked great vs. the Giants...the matchup against Brock Purdy & the Niners is an interesting one. Plus...we end the night with Caller Roulette!

The Bills built a roster that just isn't made to play in the cold & snow of Buffalo...and that's a huge problem. Can the Cowboys win a Super Bowl with Dak & McCarthy at the head of the table? Harry Douglas joins to talk about Burrow vs. Mahomes and Jalen Hurts' performance on Saturday night. Plus, Sound On/Sound Off goes through some of the best sound of the weekend.

Dak might be the underdog in Vegas, but he's the headliner QB in this Cowboys/49ers matchup. How will the perception of Josh Allen change if the Bills lose to the Bengals this weekend? Hurts wasn't good in the playoffs last year...how do we know for sure this year will be different? Plus...we try out a new segment called "Friday News Dump" to finish off the week.

Is there more pressure on Dak or Josh Allen this weekend? Callers weigh in on the Cowboys. Sound On/Sound Off deals with Lamar, the Chargers, and Aaron Rodgers' future. Did Trevor Lawrence mess up before he even stepped on the field at Arrowhead?

Amber really hates talking about Aaron Rodgers...but that's too bad because he keeps talking and callers keep calling in to talk about him. Joe & Amber discuss Jalen Rashada wanting out of his letter of intent to Florida after his $13 million NIL deal fell through. Seriously...there are so many calls about Aaron Rodgers tonight and Amber is already exhausted by the story.

Does Trey Lance want out of San Francisco? Tim MacMahon joins to talk about the 2018 draft day trade between the Mavs & Hawks and tell us how Dallas can help Luka out at the trade deadline. We play Sound On/Sound Off. And are the Jets really thinking about hiring Nathaniel Hackett as their OC?

What does Dak have to do to get the respect he deserves? Jury Dooty asks the tough questions...Mahomes or Reid, Brady or Rodgers, and Steph or LeBron. Joe & Amber disagree on what the most interesting game of the Divisional Round will be. The calls pour in for Caller Roulette.

Amber has been up since 3 in the morning...maybe that's why she's already sick of hearing about whether or not Aaron Rodgers will play for the Packers next year (but Joe loves it). The future of Tom Brady is up in the air, too, after the way he said goodbye to the Tampa media after the Bucs loss to the Cowboys last night. We rip through some of the best bytes in Sound On/Sound Off. And is Brandon Staley really going to survive blowing a 27-point lead in the playoffs?

Ed Werder joins to help us preview Bucs/Cowboys...how much pressure is on Dak tonight? Joe & Amber use The List to give their biggest takeaways from Super Wild Card Weekend. We go through some of the best sound from the weekend in Sound On/Sound Off.

Amber tells us about her Buffalo adventure...and how Little Miss Healthy at wings AND poutine. How concerned should we be about what we saw from Josh Allen & the Bills vs. the Dolphins? Joe says the Vikings are the biggest fraud team in a decade. It looks like the Ravens might have to figure out life after Lamar Jackson. How will Brandon Staley survive after the Chargers' collapse vs. the Jaguars?

A lot of playoff teams made big moves in the offseason. What will the Bucs need to do to beat the Cowboys on Monday Night? Joe & Amber tell us the biggest x-factors in the Super Wild Card Weekend games. Plus...Caller Roulette!

Brandon Staley might be coaching for his job vs. the Jaguars on Saturday. Listeners call in to help Amber learn where certain iconic foods come from since she didn't know wings were big in Buffalo. The Lamar/Ravens drama continues. Brandon Jacobs joins to tell us why Daniel Jones is ready for the playoff stage and why he didn't mind Staley playing his starters in Week 18. Sean McVay is coming back to the Rams.

Is Dan Orlovsky kidding us with his playoff QB rankings? Jason Fitz joins to talk about Derek Carr & the Raiders parting ways. Could this really be Tom Brady's final season? Joe & Amber aren't so sure. Plus, Caller Roulette and a bonus 1/2 hour of the show!

Derek Carr officially announced his time with the Raiders is over...what's next for him and the Las Vegas franchise? Nick Friedell joins to preview Celtics/Nets and tell us who needs to step up with KD out for the next month. We debut a new feature called 'Got One.' Have we seen the last of Lamar Jackson in Baltimore?

Joe and Amber breakdown how much of a say SHOULD Kyler Murray have in the next head coach of the Cardinals? Marcel Louis-Jacques, ESPN Dolphins Reporter stops by to talk all things Dolphins and if they will be able to get to the game on time let alone fully heathy.

Was Monday's game the biggest beatdown in championship game history? Courtney Cronin joins to talk about the Bears' commitment to Justin Fields. We go through some of the most interesting sound of the past couple of days in Sound On/Sound Off. Plus...Caller Roulette!

Is Sean McVay going to step away from the Rams? Does Sean Payton really want to come back to take one of the current HC openings? What do the Cowboys have to do in the playoffs for Mike McCarthy to keep his job? Carlos Correa signs with the Giants...wait...the Mets? Nope...Correa to the Twins!

Joe & Amber preview the national championship game. Is it a Big Deal or Not a Big Deal that Amber lives on an island? We rip through the most intriguing games of Week 18. Plus...Caller Roulette!

We react to the best Damar Hamlin news yet. The Bengals are mad about the plan for AFC seeding. Nick Friedell joins us to talk about the Nets turnaround and what the next stretch of games will mean to them. What in the world are the Jets doing? And would you rather have Dak or Cousins as your QB in the playoffs?

We got great news on Damar Hamlin today. How is the NFL going to decide what to do about the playoff seeding in the AFC? We debut a new game called Jury Dooty. What are the Raiders going to do next? Caller Roulette!

We got great news about Damar Hamlin today. Joe & Amber look ahead to tonight's Celtics/Mavs game...could that potentially be a NBA Finals preview? All Amber wants to know from Aaron Rodgers is if he's going to play or not...enough games. Are the Dolphins the scariest potential 7 seed?

Are the Jets honestly still invested in Zach Wilson...like, for real? We debut Sound On/Sound Off. Have we seen Lamar Jackson play his final game with the Ravens? Plus, we blatantly steal an old segment from KJM, and play Caller Roulette!

Joe & Amber talk about the latest news on Damar Hamlin and wonder how the NFL will get through the rest of the schedule. Amber was shocked to hear Paul Finebaum say Kirby Smart could be headed to the NFL in the near future. What in the world are the Commanders doing with their QBs? Keyshawn Johnson joins to talk about being a Tua hater and what the Raiders are going to do at QB moving forward.

More reaction to Damar Hamlin. The Nets have won 13-straight games...but can we really trust them? Amber hates the Packers, Joe thinks the Lions got a raw deal with the schedule, and the Dolphins are collapsing. Does Jim Harbaugh really want to go back to the NFL?

Welcome to Joe & Amber! The Damar Hamlin injury still has the sports world rocked...Joe & Amber react to the latest on that. Jeremy Fowler joins to give us the latest on Hamlin & the Bills. How will the AFC playoff picture be impacted if the Bills & Bengals don't complete their game?

Joe Fortenbaugh and Amber Wilson set the table for your night in sports with lively opinions and an in-depth look into the top betting lines youll need. Amber, a practicing attorney, is no rookie when it comes to presenting her case, and Joe has you covered for an in-depth look at where to find an edge in the betting markets. Your weeknights just got smarter, with Joe & Amber.