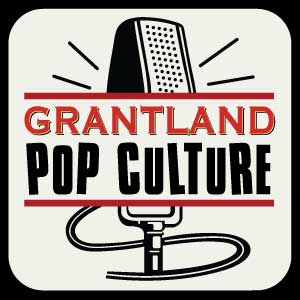 Grantland Pop Culture is a varied collection of podcasts hosted by Grantland writers and friends of the site.

Andre Holland, who stars on Cinemax's 'The Knick,' joins Andy Greenwald to discuss Season 2 and more.

Juliet Litman and David Jacoby talk about 'Ladies of London,' 'Survivor,' and the week in reality news.

Chris Ryan and Andy Greenwald discuss the season premieres of 'The Leftovers' and 'Homeland.'

In the series finale of 'Do You Like Prince Movies?,' Alex and Wesley make their last stand against the forces of darkness - and one of them isn't coming back.

Axel Alonso, editor-in-chief of Marvel Comics, joins Andy to discuss the state of the superhero industry, diversity, and his company's "All New/All Different" reboot.

Chris Ryan and Andy Greenwald discuss 'Sicario' and the return of 'Homeland' and 'The Leftovers.'

Juliet Litman and David Jacoby talk about a Costco fistfight, horse meat in England, and a cocaine shipment in Philadelphia.

Juliet Litman tells David Jacoby about Ben H.'s Night 1 at the 'Bachelor' mansion with an embarrassing amount of glee.

Alex and Wesley discuss the Emmys, homeless Richard Gere, Ryan Adams's '1989,' and the rules of covering other people's songs. Plus: the elephant in the room!

Josh Lynn says his "consumer engagement" algorithm can predict how a movie will do - months before it's even made. A special co-podcast with Grantland's Andy Greenwald.

Juliet Litman and David Jacoby host a Bravo spectacular, covering 'Ladies of London,' 'Below Deck,' and the 'Vanderpump' trailer.

Alex and Wesley saw some movies, but not the same ones. Plus Pitchfork's 200 Best Songs of the 1980s and the generational nature of canon-making.

Juliet Litman and David Jacoby talk about 'Bachelor in Paradise,' 'Below Deck,' and 'Ladies of London.'

Paul Scheer drops by the studio to talk to Dave Schilling about the final season of the fantasy football comedy 'The League' and his journey with 'Bachelor in Paradise.'