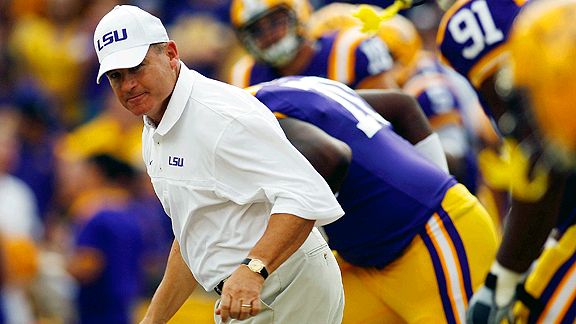 • LSU coach Les Miles discusses his contract extension, why he decided to remain in Baton Rouge and the challenge of playing in the SEC. Miles also comments on Michigan's interest in him. Miles

• Bills WR Steve Johnson weighs in on what he learned about the Jets, New England, Pittsburgh and Baltimore from facing them during the regular season. Johnson

• Idaho coach Robb Akey says he did not vote for TCU as No. 1 in the coaches' poll. Akey

• Scott comments on LeBron James and Jimmer Fredette in his "One Big Thing."
One Big Thing