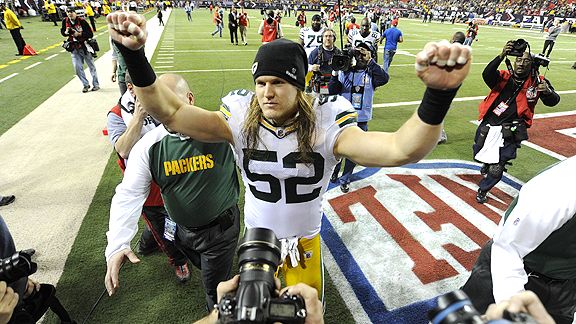 John David Mercer/US PresswireClay Matthews looks ahead to the NFC title game with Scott and Ryen.