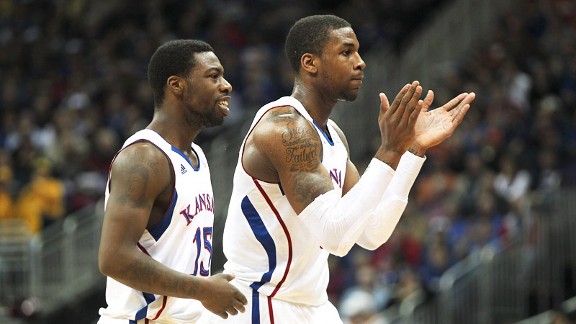 Kansas Jayhawks coach Bill Self talks about what went wrong in the Big 12 tournament, Friday's NCAA tournament meeting with the Detroit Titans and preparing for the tournament. Listen

Memphis coach Josh Pastner says his team knows their strengths and weaknesses because they played a tough non-conference schedule this year. He talks about preparing to face St. Louis, the strength of the West region and more. Listen

Marquette coach Buzz Williams talks about the challenges of having to prepare for both BYU and Iona, his team's toughness, his wardrobe and more. Listen

TNT basketball analyst Steve Kerr talks about the strength of the top teams in the NCAA tournament, Missouri's chances to win it all, Ohio State's struggles and more. Listen