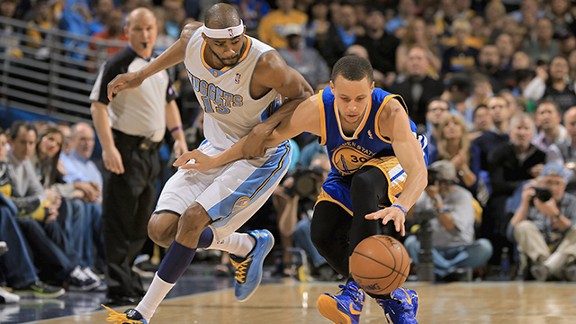 Wednesday, Scott Van Pelt talks about the Nuggets' defensive approach against Steph Curry, the latest news coming out of the NFL and much more. Listen to the best highlights of the show below!

Scott Van Pelt talks about the Nuggets' physical win over the Warriors on Tuesday night. SVP says this is playoff basketball at its finest, adding that if Mark Jackson is going to claim to be an old school coach, he can't complain when the Nuggets play "old school" defense against Curry. Listen 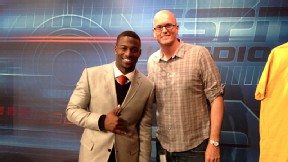 Steelers WR Emmanuel Sanders chats about his offseason, the process of being an unrestricted free agent, how close he was to signing with the Patriots and what his role will be with Pittsburgh's offense now that he's back with the Steelers. Listen

Scott Van Pelt discusses Justin Blackmon's suspension for violating the league's substance abuse policy and says the recurring nature of Blackmon's issues leads him to believe that Blackmon not only needs help as a football player but as a human being as well. Listen

ESPN MLB Insider Buster Olney weighs in on the slow starts for Roy Halladay and Josh Hamilton, says Hamilton's biggest problem is that he isn't swinging at strikes and discusses the Nationals' concern with Stephen Strasburg's arm soreness. Listen

ESPN NHL analyst Barry Melrose chats about the majesty of the Stanley Cup, discusses the start of this season's playoffs, Sidney Crosby's health and explains why he believes the Blackhawks and Penguins will cruise to the Stanley Cup Finals. Listen

95.7 The Game's Ric Bucher dishes on the physical style of play in Tuesday's game between the Nuggets and Warriors, shares his insight on the future of basketball in Sacramento and Seattle and much more. Listen

One Big Thing - Scott Van Pelt talks about the chance at history in this weekend's Kentucky Derby. Listen

BEST OF SVP & RUSSILLO ON ESPN RADIO: SHOW IN REVIEW MAY 1